President of the Republic of Serbia Aleksandar Vučić participated today in the video conference of the European Union and Western Balkans leaders from among the European People's Party (EPP), to discuss the contagious disease COVID-19, as well as the perspective of the Western Balkan countries in the EU. 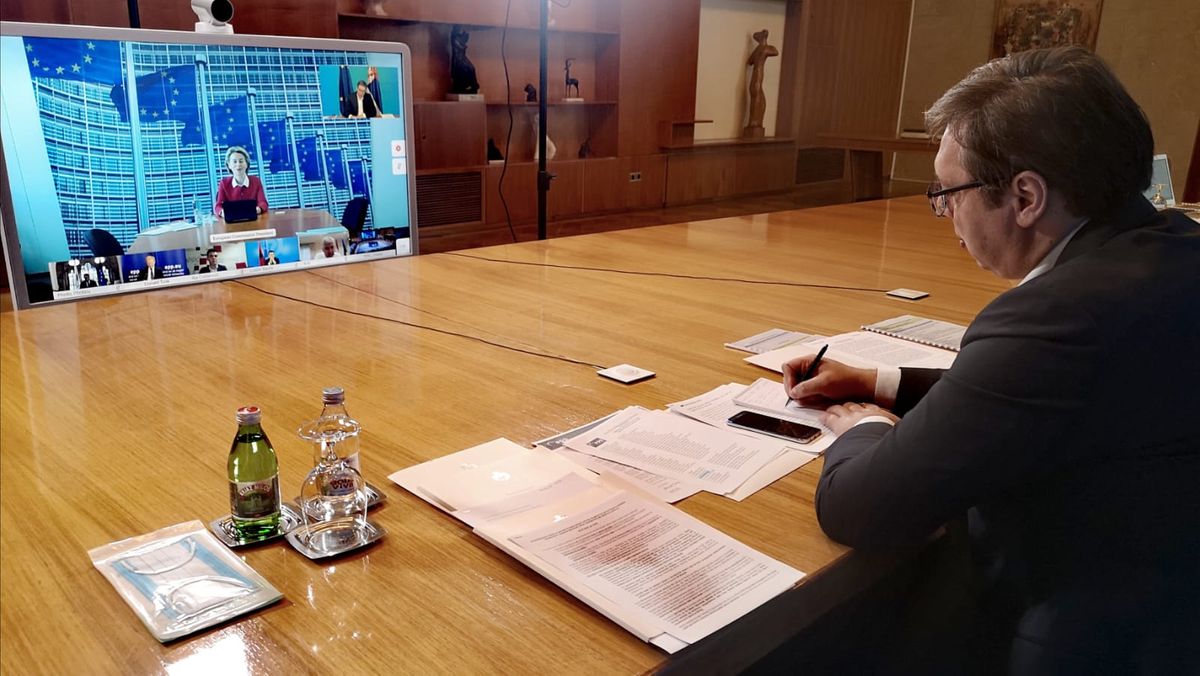 As one of the first speakers, President Vučić briefed the participants of the Summit on the economic situation in Serbia after the COVID-19 pandemic and on the details of assistance to the EU countries and the region that Serbia provided during the pandemic and thanked for all types of aid that arrived for Serbia from the EU. He also asked for the removal of trade barriers, protective measures and quotas with a focus on steel exports to the EU for the entire Western Balkans. In his speech, President Vučić pointed out Serbia's European perspective and solidarity within the EPP.
Speaking about Serbia's dissatisfaction with the lack of solidarity at the onset of the pandemic, President Vučić emphasised that the acts were more important than words and that Serbia also conferred its belonging to the European Union by sending aid to the EU countries and countries in the region. He called on the EPP members for greater mutual solidarity.
European People's Party President Donald Tusk said he understood the anger of some members over the European Union's lack of solidarity during the COVID-19 pandemic, but stressed that there was also much misinformation aimed at dividing us. "This can only be overcome by working together, especially in the Western Balkans," Tusk said.
European Commission President Ursula von der Leyen thanked for the assistance and engagement of the Western Balkan countries during the pandemic. 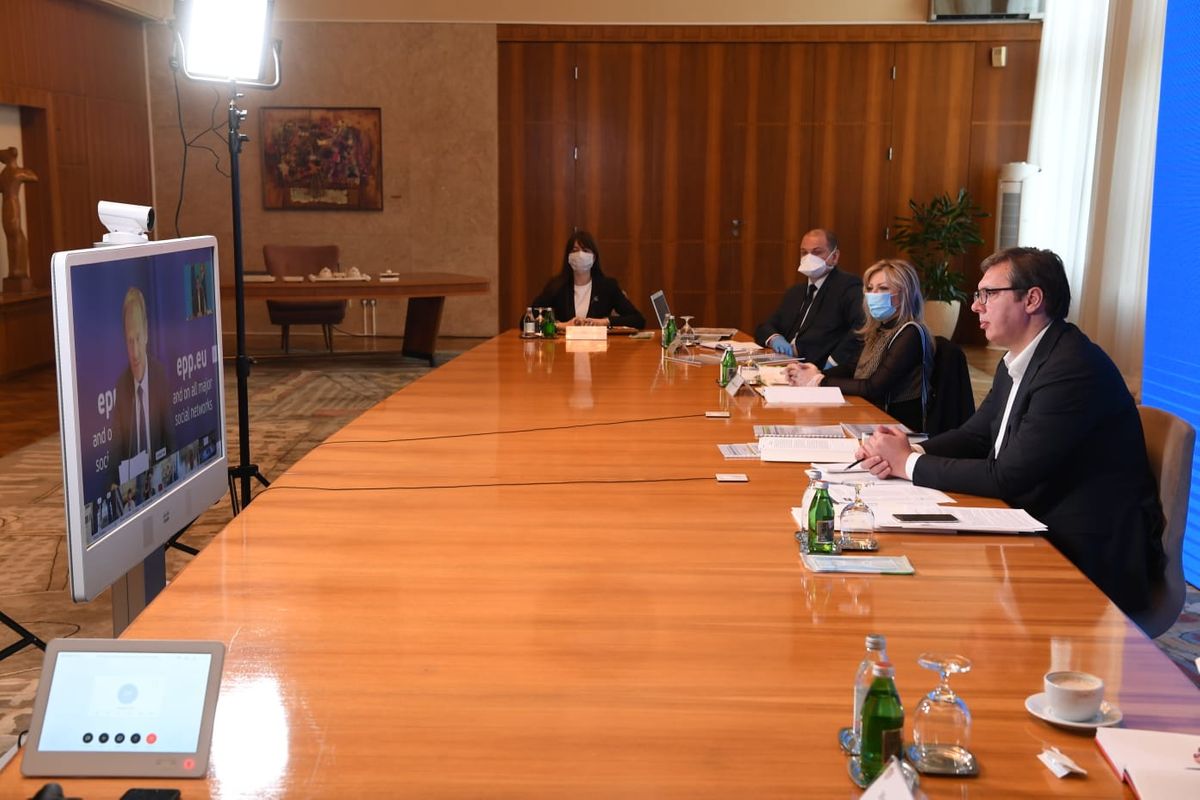 Croatian Prime Minister Andrej Plenković, who presides over today's Summit, welcomed the efforts of Serbia and Montenegro for accession negotiations and opening of chapters, hoping that we will all make progress in the European integrations.
Greek Prime Minister Kyriakos Mitsotakis welcomed the European perspective of the Western Balkan countries. "Solidarity is an expression of clear and measurable support at times when our allies need it most. Sometimes that help comes first from where you don't expect it, so when Greece sought help during the migrant crisis, Serbia - led by my friend Vučić - was the first country to offer assistance and it was a gesture of solidarity highly appreciated in Greece," Mitsotakis emphasised.
Bulgarian Prime Minister Boyko Borisov stressed that he was pleased the Western Balkans' accession process was moving in the right direction and supported the call for solidarity made by President Vučić during the Summit. He emphasised that the EU must do everything in order not to leave the Western Balkans region to suffer the economic consequences of the COVID-19 pandemic.
President of Cyprus Nicos Anastasiades said the future of the Western Balkans is in the European Union, which was acknowledged by other participants in today's Summit. They also agreed with the need for greater solidarity of the European People's Party members.
VIDEO AND PHOTO MATERIALS CAN BE DOWNLOADED FROM THE FTP SERVER OF THE MINISTRY OF DEFENCE.
Belgrade,
6th May 2020
Share