President of the Republic of Serbia Aleksandar Vučić participated today in a video conference with the Federal Minister for Economic Affairs and Energy of the Federal Republic of Germany Peter Altmaier, during which they agreed to work together to improve the business environment in Serbia. 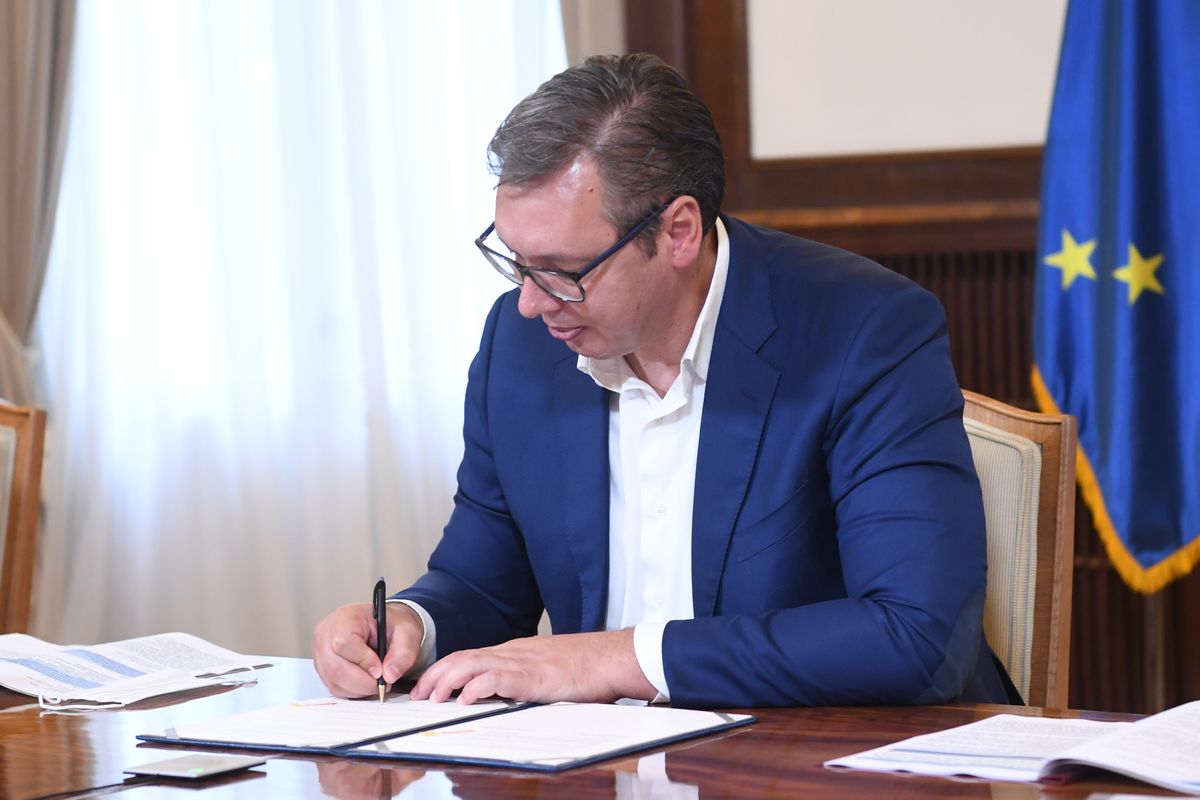 An administrative partnership has been agreed between the Cabinet of the President of the Republic of Serbia and the Federal Ministry of Economic Affairs and Energy of the Federal Republic of Germany to improve common areas of cooperation. This partnership includes strengthening of supply chains and further connecting Serbia with the European Union's internal market, as well as sustainable investments in improving the development of Serbia's industrial policy strategy in line with the European Green Deal.
President Vučić pointed out that the economy of Serbia is an important driver of the Western Balkans economy, and that German-Serbian economic relations developed dynamically even before the global economic consequences of the Covid-19 pandemic.
"Before the crisis, our trade exchange doubled in the last six years and reached a new maximum of over 5 billion euros in 2019. In the last few years, German companies have invested over 2.53 billion euros in Serbia and employed 65,000 people," added President Vučić. 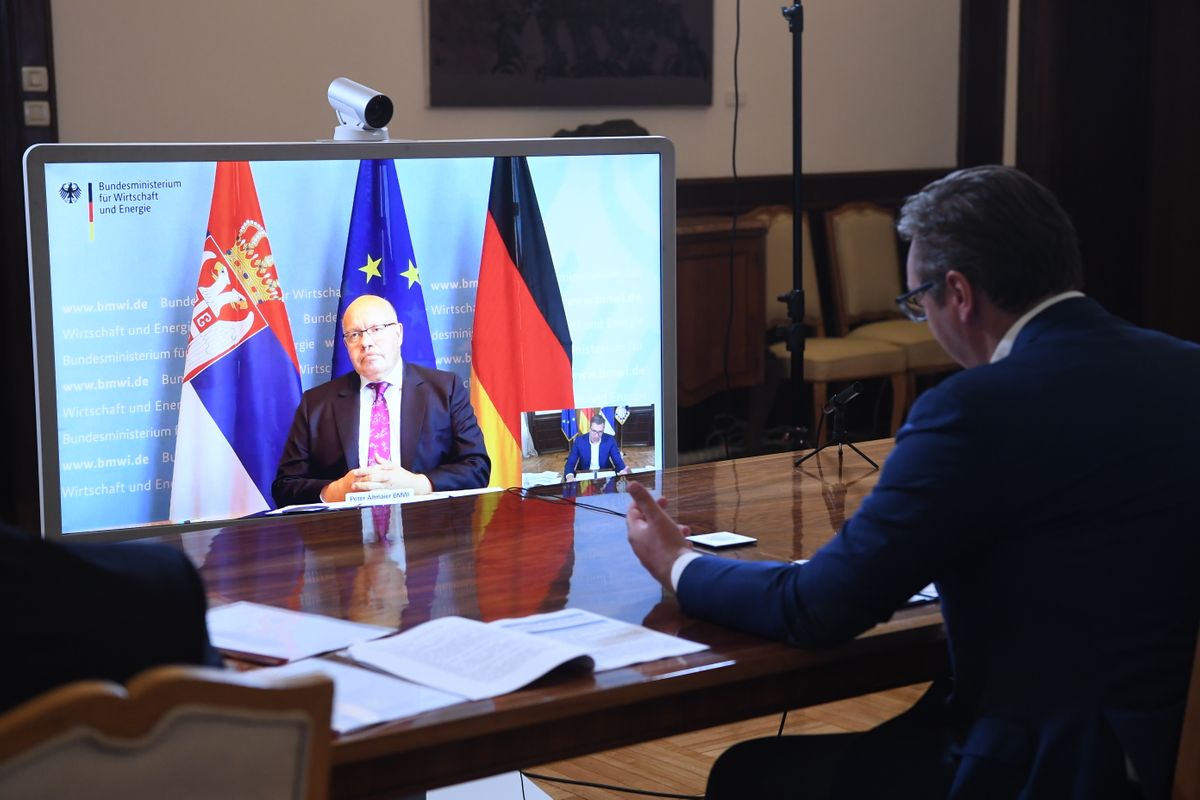 Federal Minister of Economy and Energy Peter Altmaier emphasised that cooperation in the field of improving the business environment will be significantly intensified through this partnership.
"The administrative partnership we agreed on today represents a concrete contribution to supporting Serbia's path to the European Union and implementation of the associated
requirements. We work together on sustainable structures for economic cooperation. We need to build the partnership on a broad and strong basis so that we can overcome the current crisis," Altmaier pointed out.
"Germany is the leading trade partner of Serbia. I hope that new investors will come to our country and that those who already do business in Serbia will develop it even further. This agreement we are signing today shows the attitude of Germany towards this region and Serbia", said the President of the Republic of Serbia Aleksandar Vučić.
Belgrade,
25th August 2020
Share