President of the Republic of Serbia Aleksandar Vučić participated today in a video summit organised by the Washington Atlantic Council for the leaders of the Western Balkans Six, to exchange views on current topics such as practical actions through which the Western Balkans could continue the fight against COVID-19, as well as the opportunities for further regional economic development.

President Vučić welcomed the holding of the video conference and the proposed conclusions. "For the first time, there is no big politics. It all comes down to the economy. We understand the political differences between us, but if we want to solve political problems, we must first solve economic ones, because we need to bring the people closer, raise the level of economic responsibility, and thus the living standard of our citizens will be raised," the President pointed out.
President Vučić presented the projects of importance for the region, noting that it is crucial that we work on their realisation, to show maturity and independence, as well as the ability to be reliable partners of the European Union.
"We should not underestimate our own strength, the strength of everything that is in our hands in the region, but we should do all we can to build up a true trust," said President Vučić. 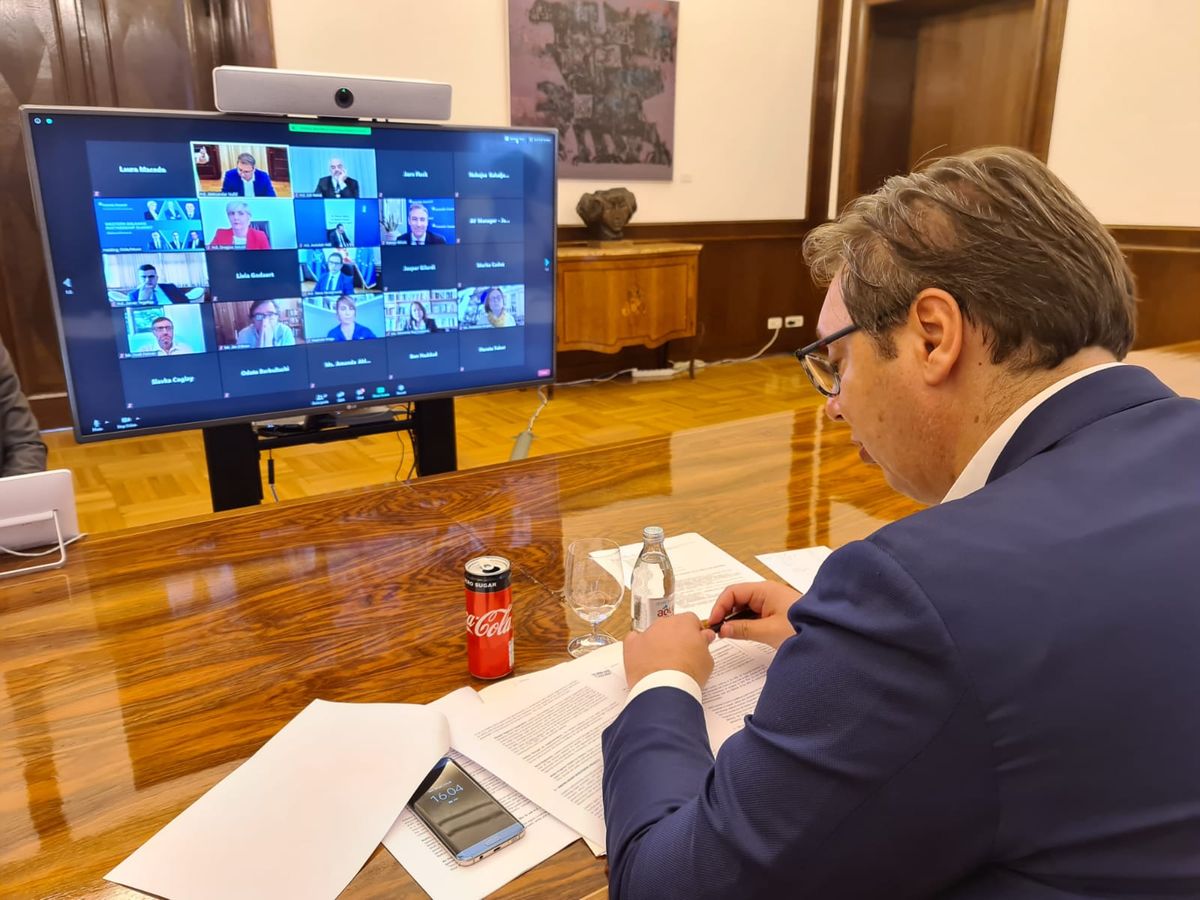 Video summit participants agreed that it is necessary to accelerate the free movement of goods, services and people in the region while removing obstacles to economic growth. The need for further work on investment plans to attract new foreign direct investments in the region with an emphasis on infrastructure and energy projects, and to accelerate the implementation of funds for recovery from the COVID-19 epidemic - was also emphasised.
President Vučić pointed out that Serbia remained consistent and committed to the improvement of political cooperation and good neighbourly relations in the region, as well as to the preservation of peace and stability, which remains a precondition for the general progress of all in the Western Balkans.
The participants of the video summit agreed that the free movement of goods, services, capital and people is the very core of European integration and that on the path of the Western Balkan countries to EU membership it remains vital to continue deepening the process of regional economic integration with the application of EU standards, thus bringing the entire region and regional companies closer to the European Union's internal market.
President Vučić underlined that Serbia, despite all the difficulties related to the fight against the epidemic, actively participates in all regional initiatives, which includes numerous bilateral or multilateral agreements that are transparent and open to all. 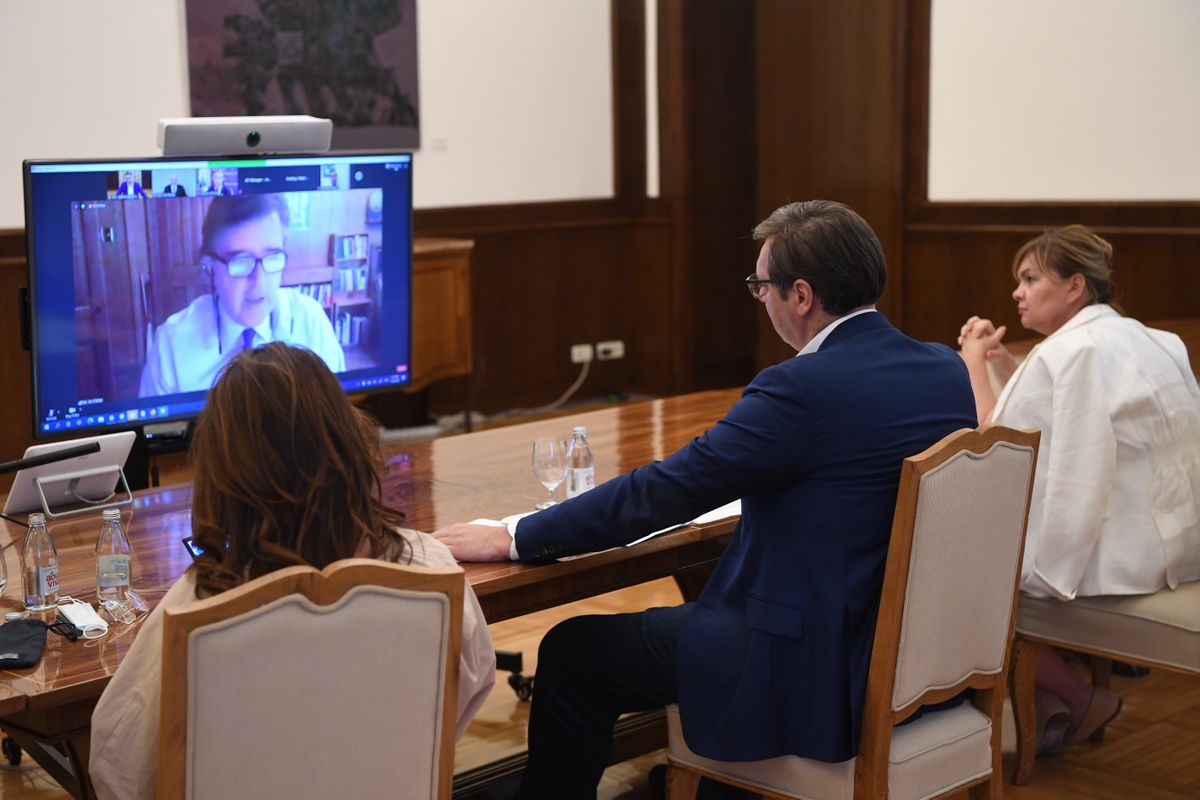 President Vučić pointed out that all leaders of the Western Balkans Six should cooperate even more to create optimal conditions and enable more considerable investments of the private sector in the region. In that sense, he emphasised the work of the European Commission and its partners on the investment package for the Western Balkans expected by the end of 2020.
The President expressed Serbia's readiness to cooperate with potential investors, the EU, the European Investment Bank, the EBRD, the World Bank and American development corporations, in order to create optimal conditions for additional foreign investments. Serbia aims to promote quality investments in all areas, which are open and inclusive, transparent, economically sustainable and in accordance with European requirements and international standards and regulations, said President Vučić.
The participants in the video conference of the Western Balkan Six agreed on joint statements.
VIDEO MATERIAL CAN BE DOWNLOADED FROM THE FTP SERVER OF THE MINISTRY OF DEFENCE.
Belgrade, 29th July 2020
Share