First of all, thank you on behalf of all Serbian citizens, I will say ‘Shalom’ and good evening and thank you for having me here, in Washington DC.
You mentioned Balfour Declaration… It is not well known, but in December 1917, Serbian representative here, to Washington DC, Mr Vesnić, was not only supporting the Balfour Declaration. He was also saying that Jewish people do not only have the right to form their own state, but that the name of that new state should be Israel. He did it in 1917 during the most difficult period for Serbs in the World War I.
And you mentioned Theodor Herzl. I am very proud to emphasise the fact that two years ago President Rivlin visited Serbia. And we both opened and revealed the new street in Belgrade and we named that street after Theodor Herzl. His grandparents were born in and they rest in peace at the Zemun Belgrade Jewish Cemetary.
Also, the grandparents of Rabi Alkalaj used to live in Belgrade and we have a beautiful street and beautiful synagogue in the same part of Belgrade.

And there are many things that you can define as a common denominator for Serbs and Jews. We suffered the same terrible destiny in the World War II in the concentration camp Jasenovac led by the Nazi-puppet state of Croatia at that time and you have that Jasennovac inscription in Yad Vashem today.
We have always been together throughout history and we are supportive to each other even today. And I must add, although I am not a very good talker, but I am going to add only a few items, a few things that we did for our friendship very recently.
Apart from everything from history, that only connected Serbs and Jews, there are many things that we did recently. In 2016, we became the first country in the entire Europe that passed the Holocaust Property Restitution bill, which means that we pay money to Jewish municipalities when we find property without living heirs. And so far, we paid over 30 million euros to the Jewish municipalities in Serbia – Belgrade, Novi Sad and Subotica in particular. 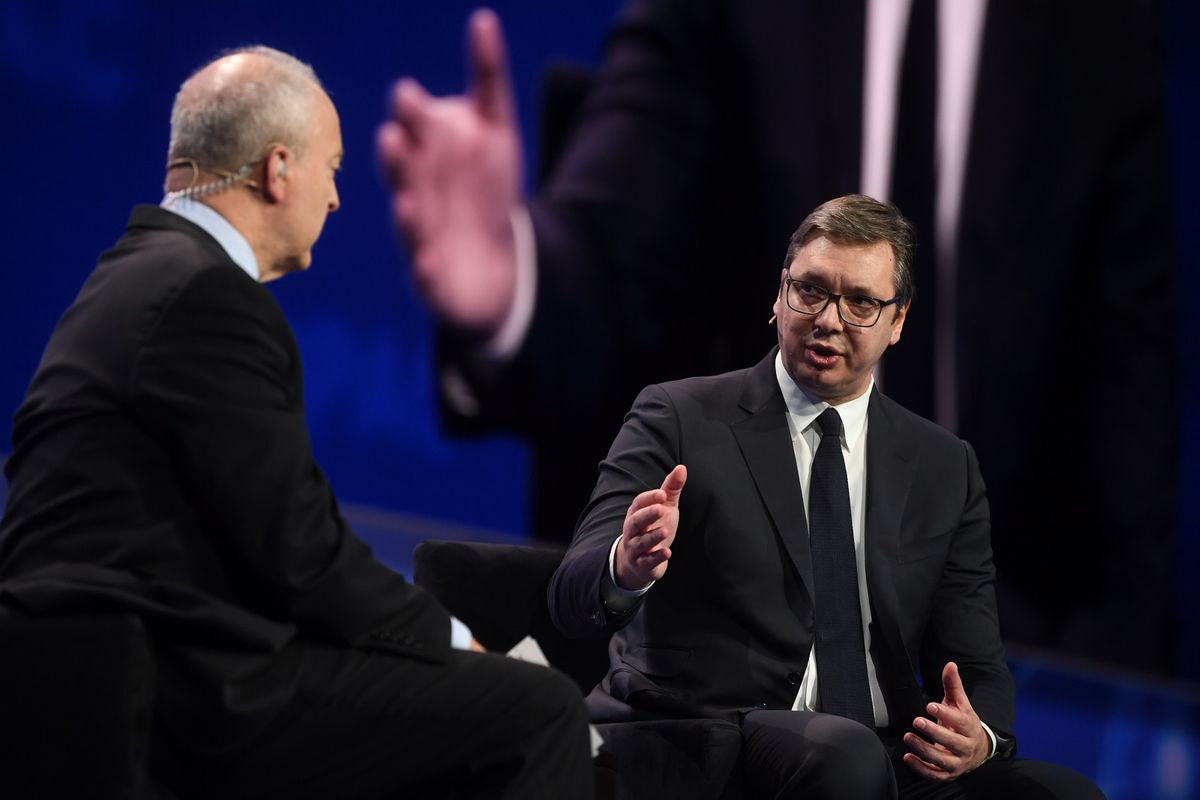 Then, very recently, we adopted a new bill on Staro Sajmište memorial centre which will commemorate the memory of all those Jews that were killed by Nazis in that camp in Belgrade during the World War II – Jews, Serbs and all the others. And that will happen in just few years.
I also have to say that I was the only President that marked the 75th anniversary of Auschwitz liberation displaying the flag out of the Presidency building in Serbia – yellow flag with the Star of David and with the inscription Juden. That was the way in which the Germans marked the Jews during the World War II. That was their way to humiliate the Jews, and this was my way to say – that’s a sign of pride and we are very proud to have this flag in front of our Presidency. 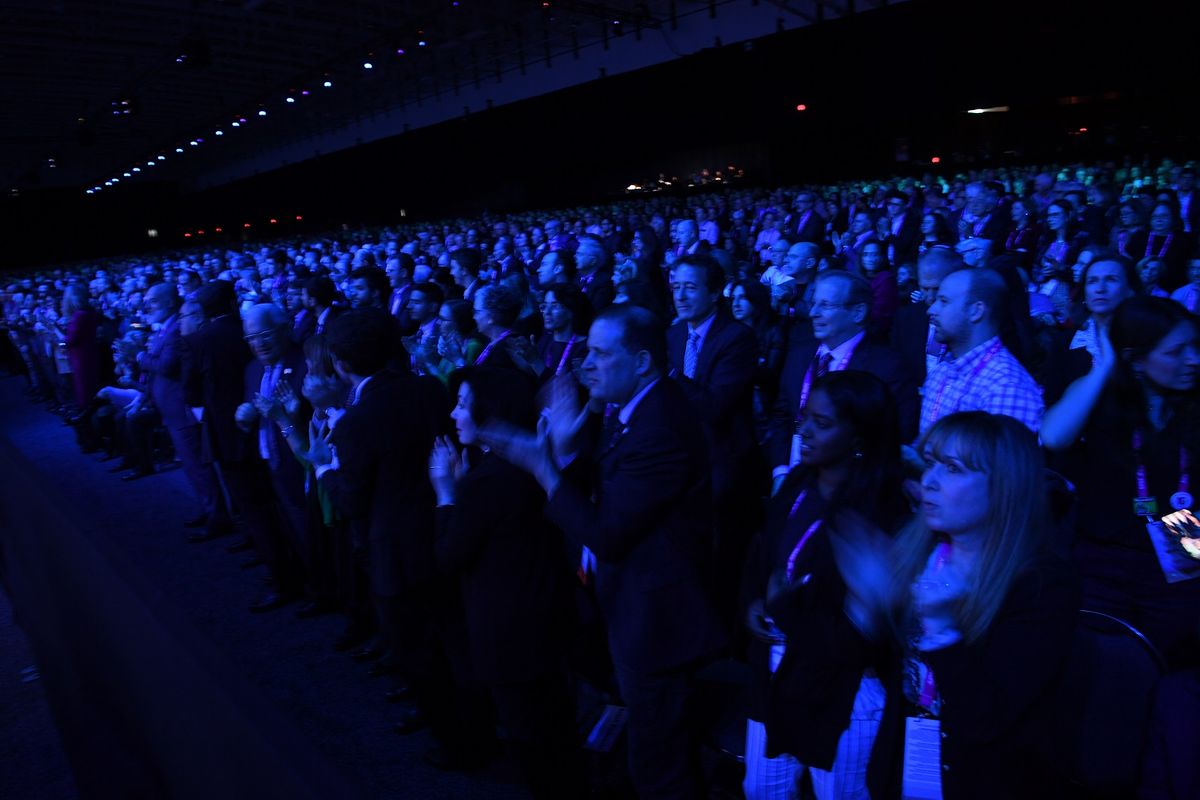 Then, there is something else I want to announce. We are in a very complex situation in our region. And you should understand all the difficulties we are facing. But I want to say that we’re trying to find the best possible way to do something officially in Jerusalem. And we are going to open very soon not only an office of our Chamber of Commerce. But together with our Chamber of Commerce – the official state office in Jerusalem with Serbian official flag alongside with our embassy in Tel Aviv. That’s our way of showing respect to Jewish people.
And, to be very honest, I was mentioning a few things, few items, a few issues that we tackled I think very successfully in showing the real friendship between our two nations. And I have to say that you are in the habit of listening to nice words from everybody that are coming here. Everybody wants to flatter you in a way and to get a sort of political, economical or all the other types of support. 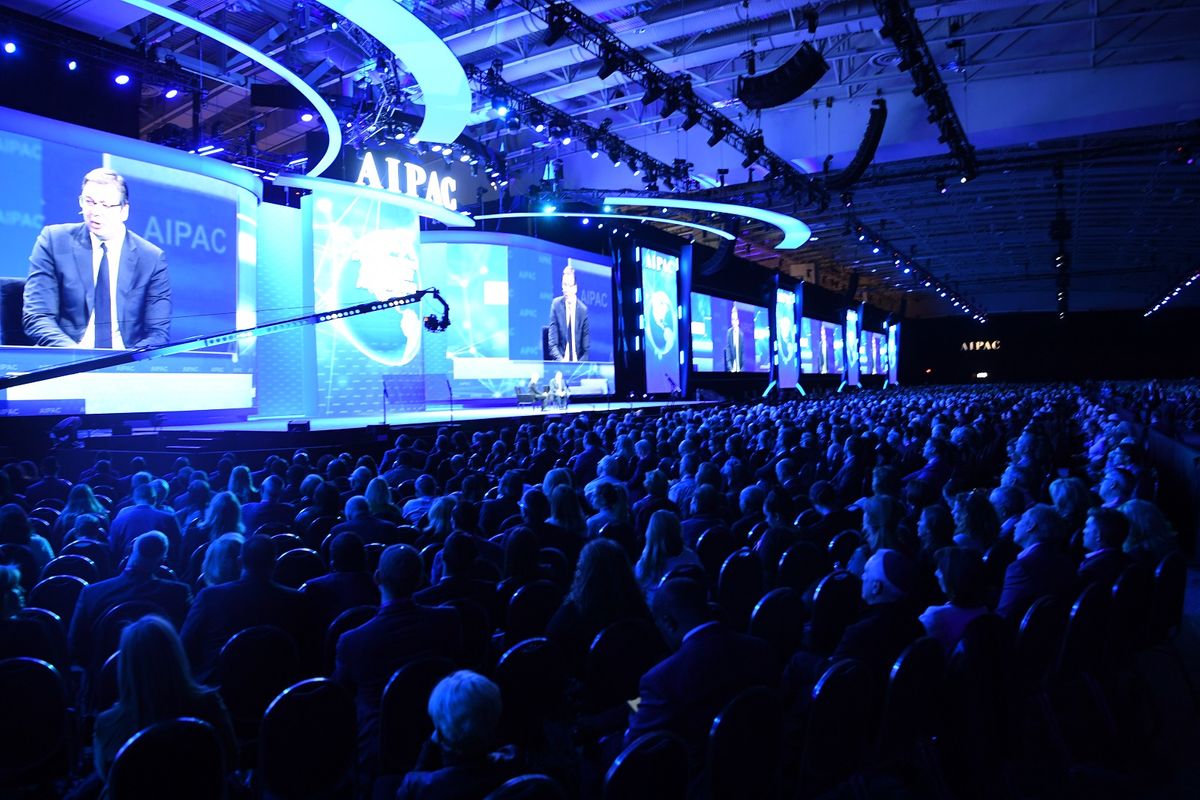 But I am very much proud in saying to you that we have always been in so good relationship with Jews, throughout history that I cannot add anything more than that. We love Jewish people, we have always had great relationship, and we’ll do our best to improve our relationship.
And I am profoundly grateful to all of you for listening to me tonight and for having me here tonight.
Share