President of the Republic of Serbia Aleksandar Vučić addressed the nation today regarding the last night's demonstrations held in front of the National Assembly and said that the citizens had witnessed the most brutal political violence in the previous few years. 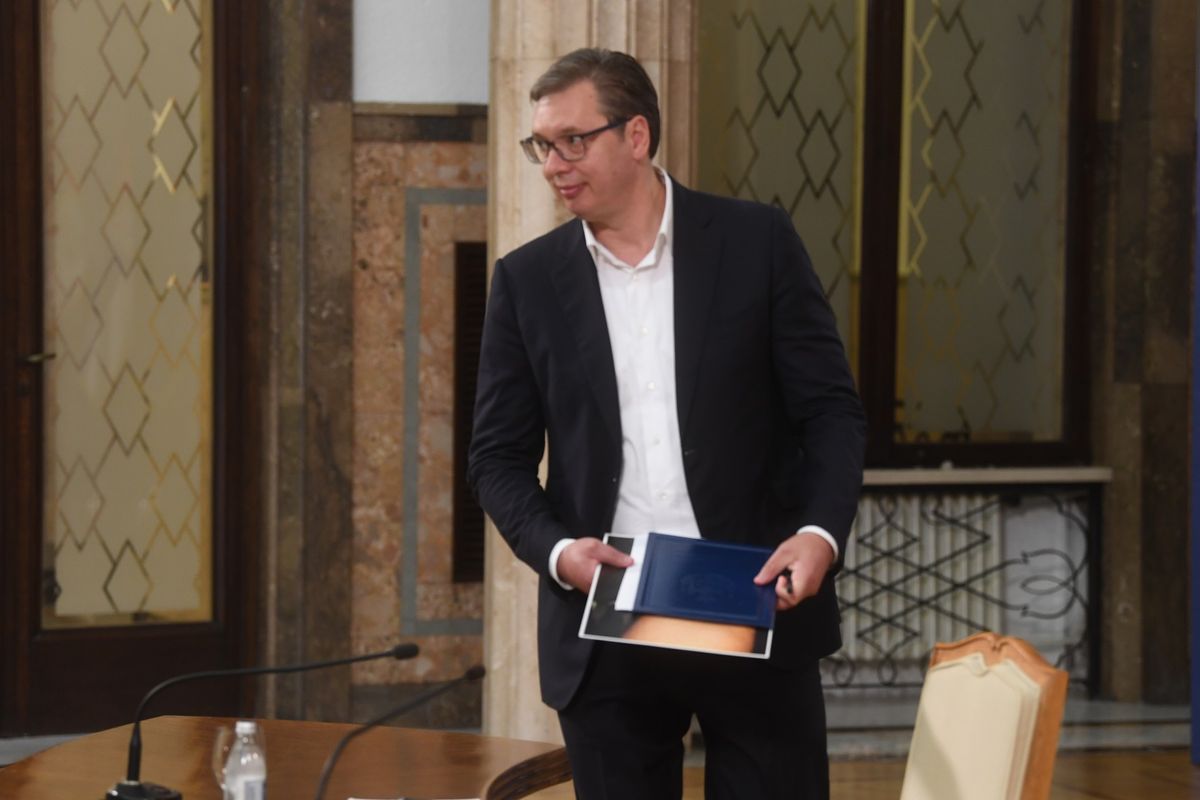 "Unlike some earlier times, the state fully respected the freedom of gathering, freedom of demonstration, freedom of expression, opinion and never in any way compromised that right of members of its people and its citizens," said President Vučić and stated that the protest was unlawful and unreported, contrary to all general and special legal acts.
"What happened is that people of right-wing orientation attacked the National Assembly, although there is no doubt that at the beginning there were also those who thought they were there because of the coronavirus and because of their understandable dissatisfaction with the possibility of tightening of measures," said President Vučić. He added that the participants in the demonstration talked about migrants, "the Earth as a flat plate" and the 5G network. 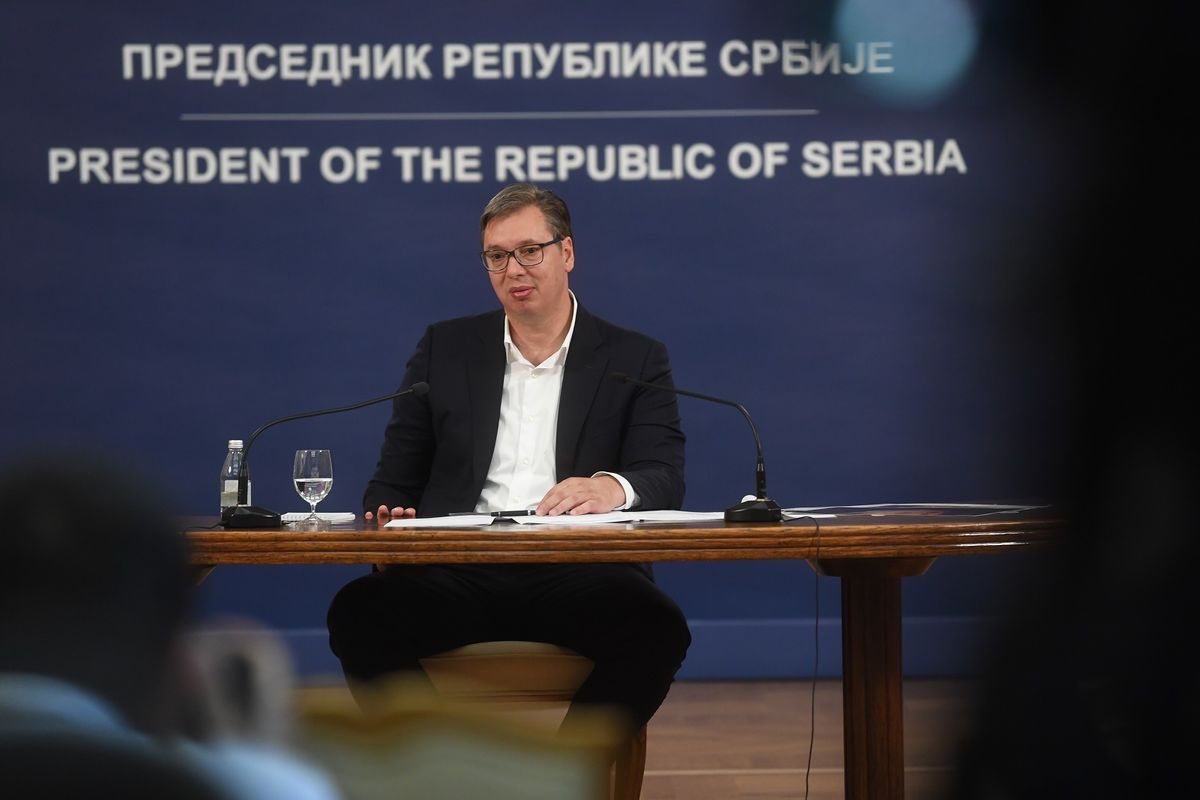 President Vučić said that the police would be able to protect the country from political extremism, right-wing and pro-fascist groups. He explained that yesterday's behaviour of the police was forced out because there was no way to stop people who used stones, knives, brass knuckle rings and Molotov cocktails to destroy police vehicles. 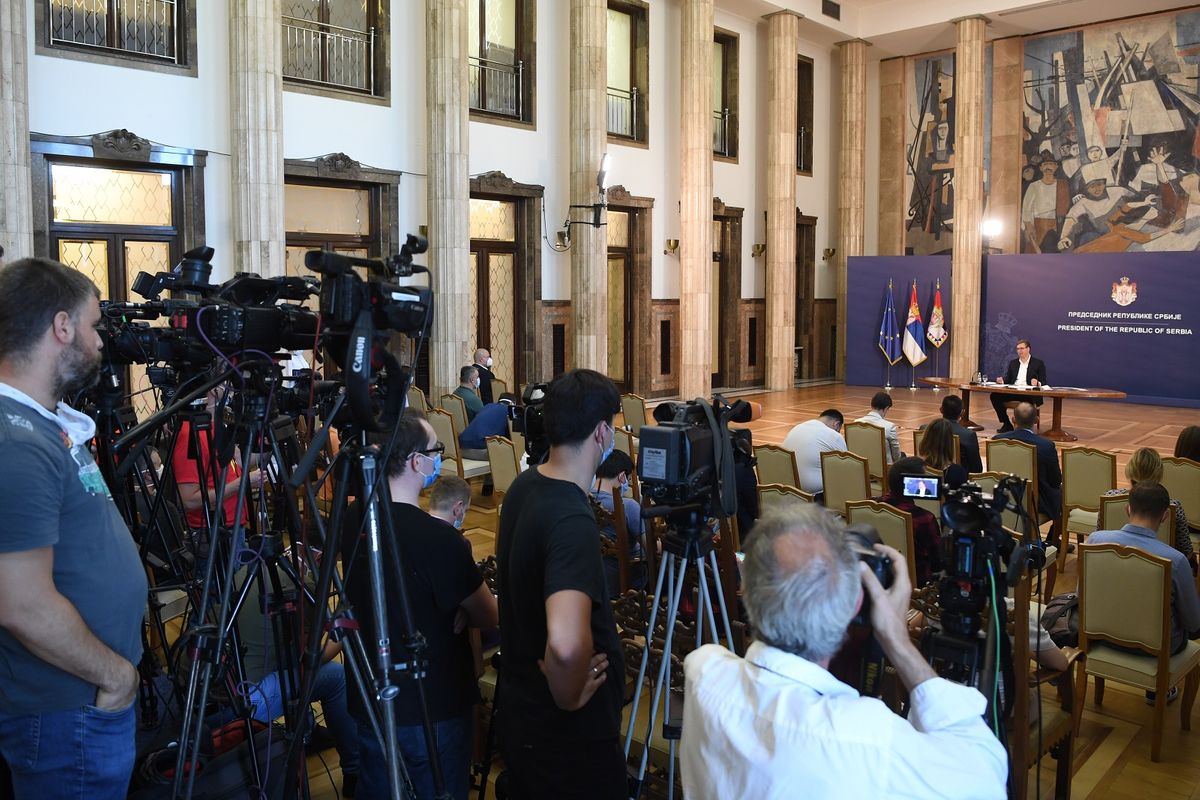 "Faced with all this, the police took matters into their own hands and, in accordance with the law, resumed control of the building and dispersed those people who were violent. Decent, peaceful people took refuge on their own because they saw them attacking police officers and did not want to participate," explained President Vučić. He pointed out that part of the security services of Serbia failed because it was only later observed that there was an influence of foreign intelligence services and stated that people from the former Yugoslavia, who are known for criminal activities and who took part in riots and attacks against the Serbian police.
President Vučić said that every member of the police who violated his authority last night would be held accountable. He asked the citizens, but also the politicians who call for gathering amidst the epidemic, to be responsible and think about the lives of their neighbours and loved ones.
Belgrade, 8th July 2020
Share