President of the Republic of Serbia Aleksandar Vučić welcomed today at the "Nikola Tesla" airport the aeroplane that delivered the "AstraZeneca" vaccines to Serbia. President Vučić pointed out that the 150,000 doses that arrived this morning mean another 150,000 vaccinated people in Serbia and added that Serbia, along with the UAE, is becoming the only country in the world that has more than three vaccines available. 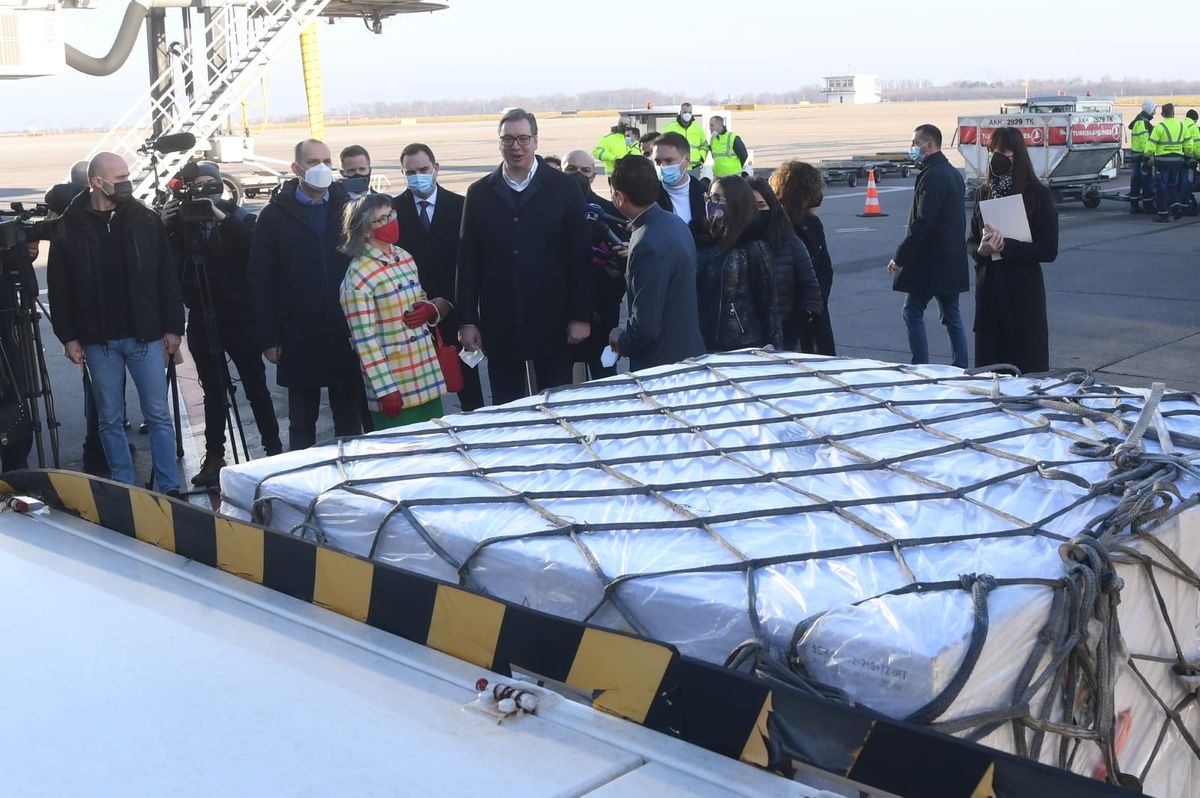 "Human health is the highest value and what needs to be invested in the most. Revaccination follows after 12 weeks, and we have a contract for new doses, so this means another 150,000 vaccinated in Serbia. I am proud of Serbia, of the responsibility and seriousness we have shown in fight for the health of our citizens, for the preservation of life and the progress of the economy in our country," said President Vučić.
The President expressed gratitude to the Prime Minister of the United Kingdom Boris Johnson, as well as to the Prime Minister of India Narendra Modi. 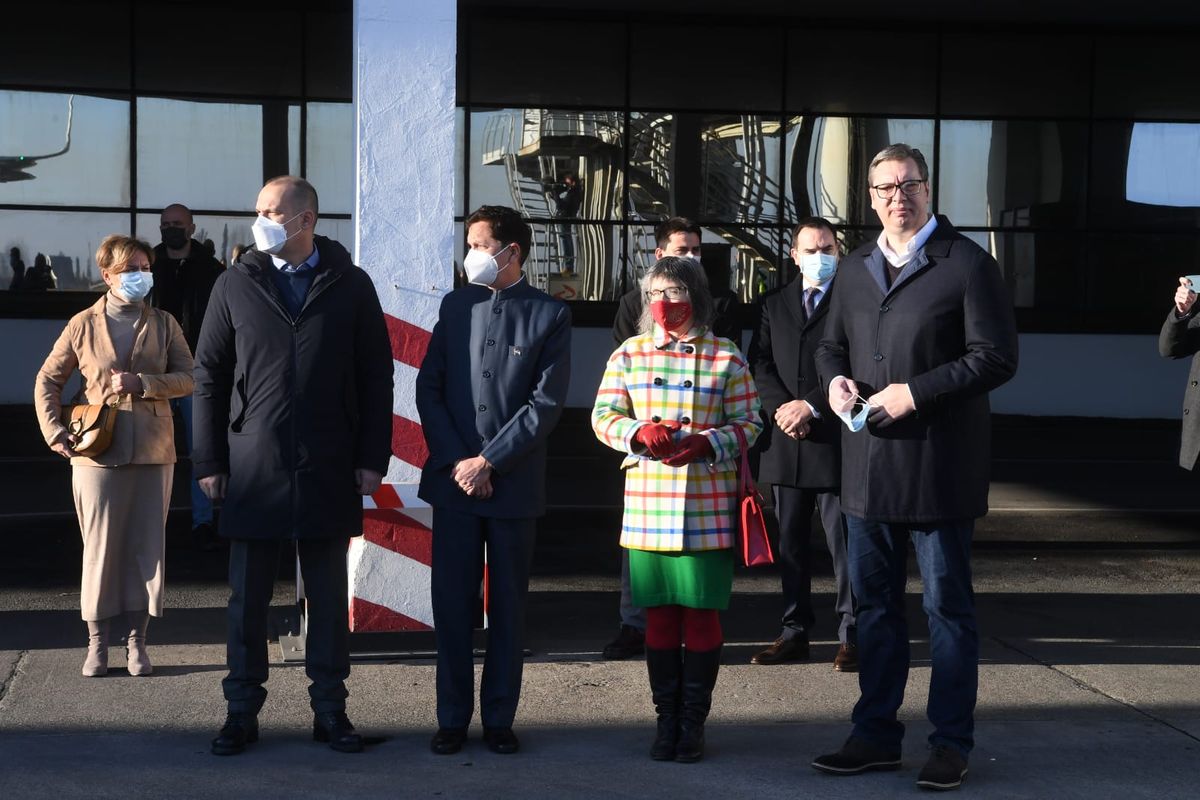 "This took a lot of effort from our country, but also our friends from the United Kingdom and India. I asked Boris Johnson and some others in the British Government for vaccines, and also thank you to both the Indian Prime Minister and the Foreign Minister. I thank them for being willing to hear us, on the attention they paid to one small Serbia and that the vaccines arrive in Serbia first", said President Vučić and added that the price at which the vaccines were procured is absolutely the most favourable one.
President Vučić said that Serbia, along with the United Arab Emirates, is the only country to have more than three vaccines available, and pointed out that "AstraZeneca" vaccines will be available to citizens as of tomorrow. 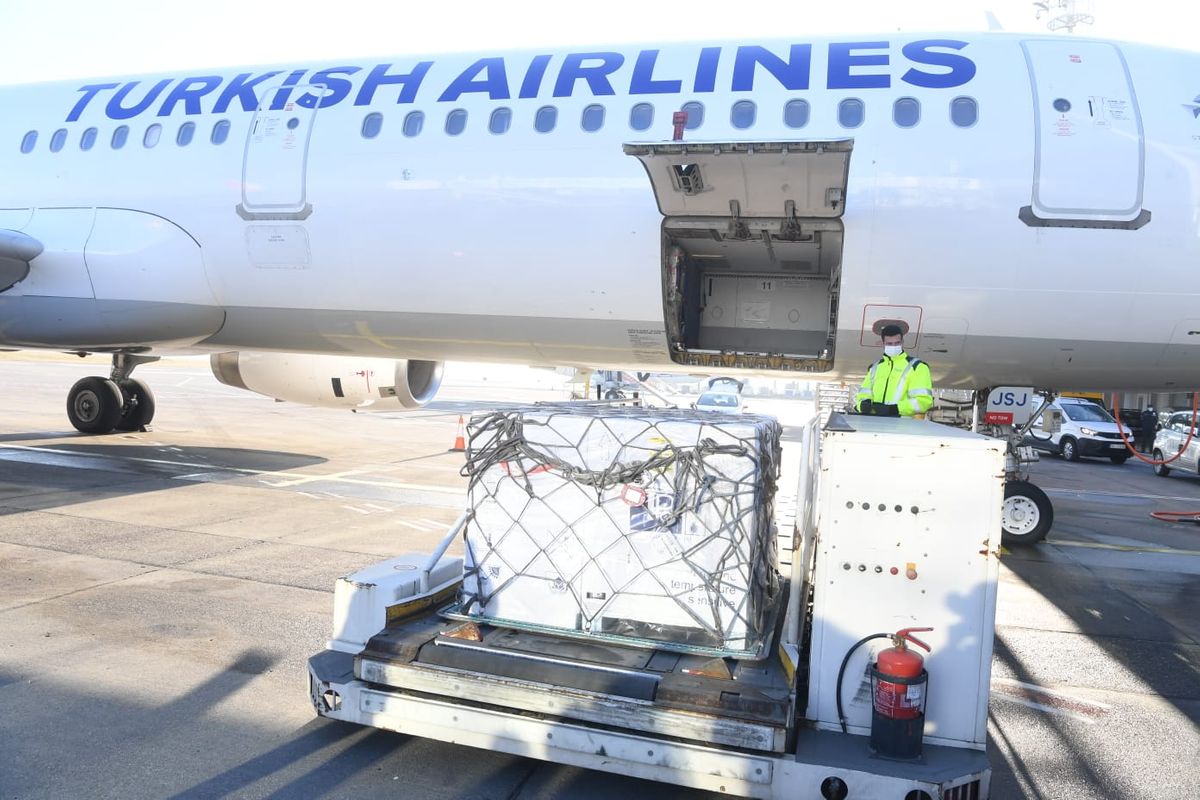 The British Ambassador to Serbia, Sian MacLeod, said that she was proud that the "AstraZeneca" vaccine was developed at the University of Oxford and that young scientists from Serbia also participated in its development.
"I am looking forward to the vaccine being available across the world and because it gives hope in the fight against the coronavirus," the Ambassador said. 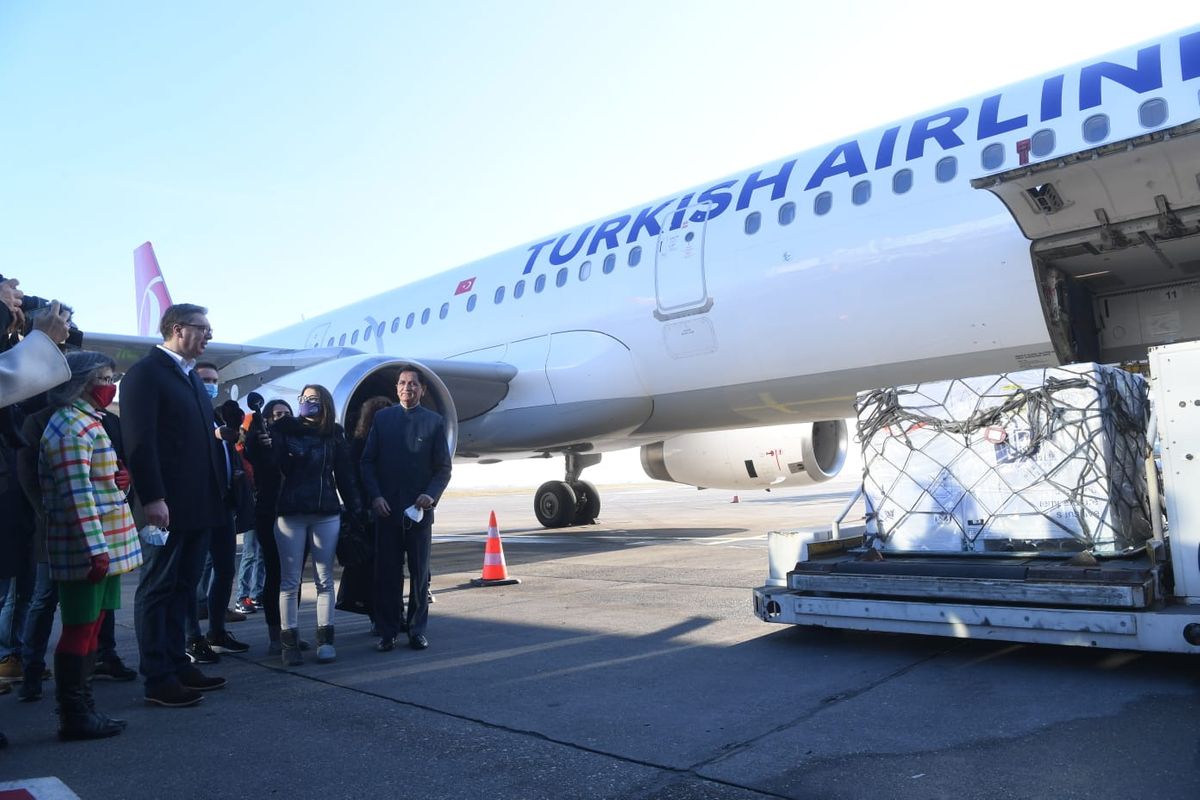 After today's delivery of "AstraZeneca" vaccines, Serbia is becoming one of the few countries in the world where citizens will be able to choose between four different vaccines against coronavirus - American-German "Pfizer-BioNTech", Russian "Sputnik V", Chinese "Sinopharm" and British-Swedish "AstraZeneca".
Share