President of the Republic of Serbia Aleksandar Vučić attended today the official opening ceremony of the Kyungshin Cable factory, which manufactures parts for high-tech electric vehicles' batteries, intended for the European market. President Vučić stated that factories like that and new jobs can keep young people stay in the heart of Serbia and prevent them from going abroad. 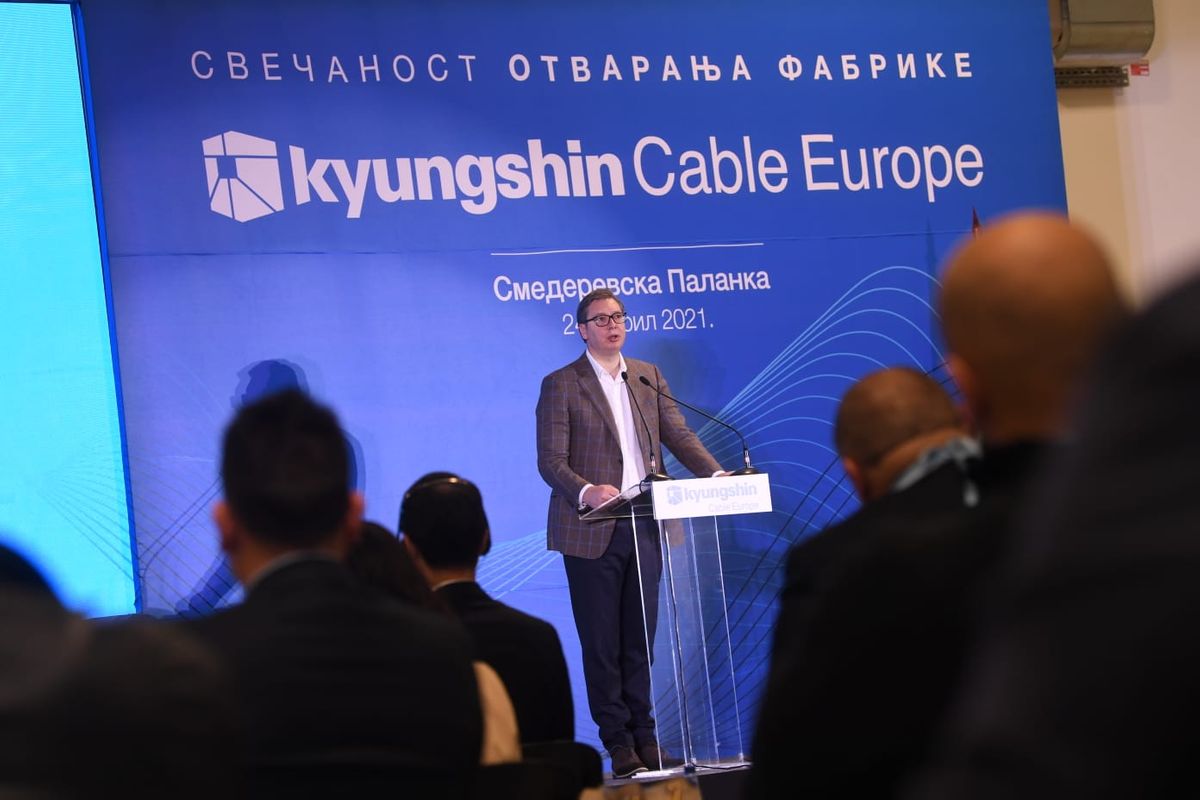 President Vučić pointed out that the company to employ 700 workers by the end of 2022, will contribute a lot to the Podunavlje district, Smederevska Palanka, Velika Plana, and the whole of Serbia. He held a meeting with representatives of the Korean company and the municipality within the factory, before the official commissioning of the production plant, and said that Serbia is a good place to invest.
"Serbia is a good place to invest and the Korean company Kyungshin Cable, which opened a factory in Smederevska Palanka today, did not make a mistake by choosing our country, in the competition of several others," the President said, thanking the Korean ambassador for help and support. He expressed confidence that there will be more Korean investments in the coming period. 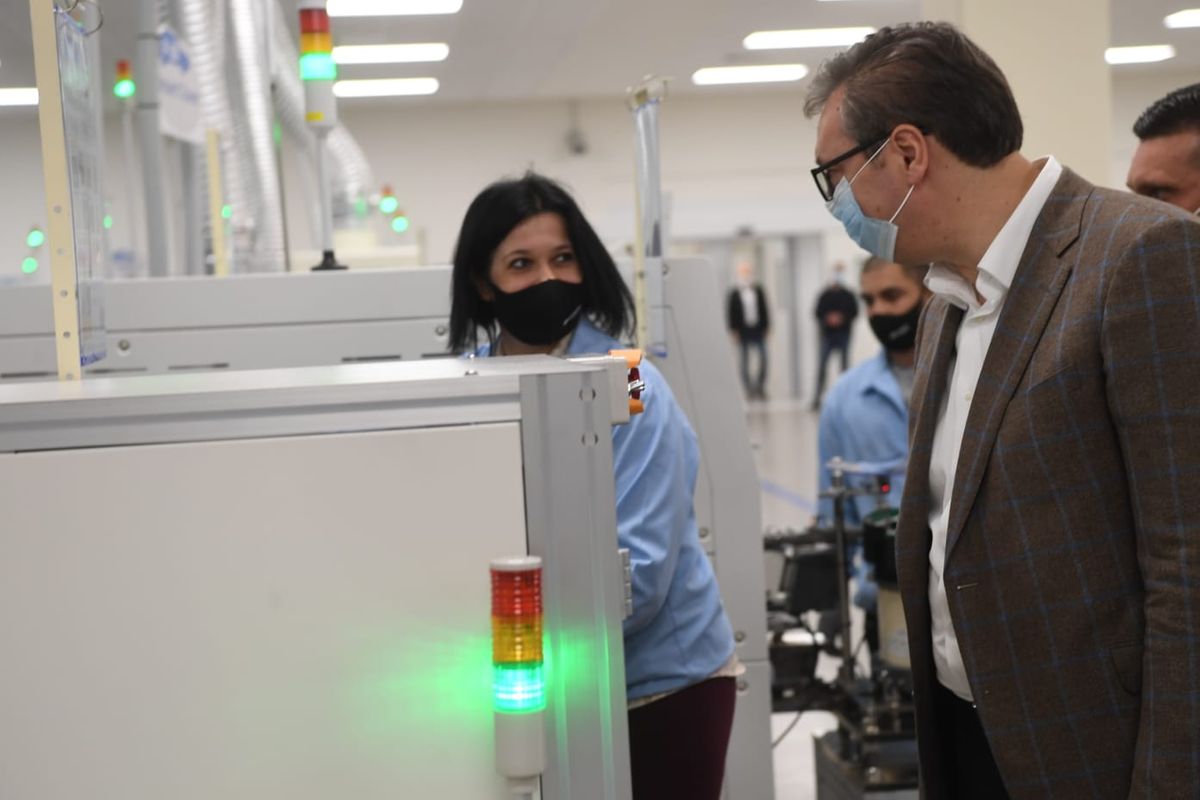 President Vučić mentioned that Smederevska Palanka has been known since Roman times when the road from Rome to Constantinople passed there, as well as the road during the Ottoman Empire, and the oldest railway in Serbia between Belgrade and Niš. He reminded that Goša, a former industrial giant, used to be there, but that a lot of things were destroyed in the previous period and that now is the time when everything comes back to its place.
The President said that the state had already built a road between Velika Plana and Smederevska Palanka, where the new factory is located, and that 18 kilometres of the road remained to be built between Smederevska Palanka and Azanja and Selevac, followed by the road to Mihajlovac, to Topola and other local roads.
The President added that 63 per cent of people from Smederevska Palanka and 30 per cent from Velika Plana work in the new factory. He said that the factory currently employs 249 people, of which slightly less than 200 are women, and pointed out that their salaries mean a lot to each family. 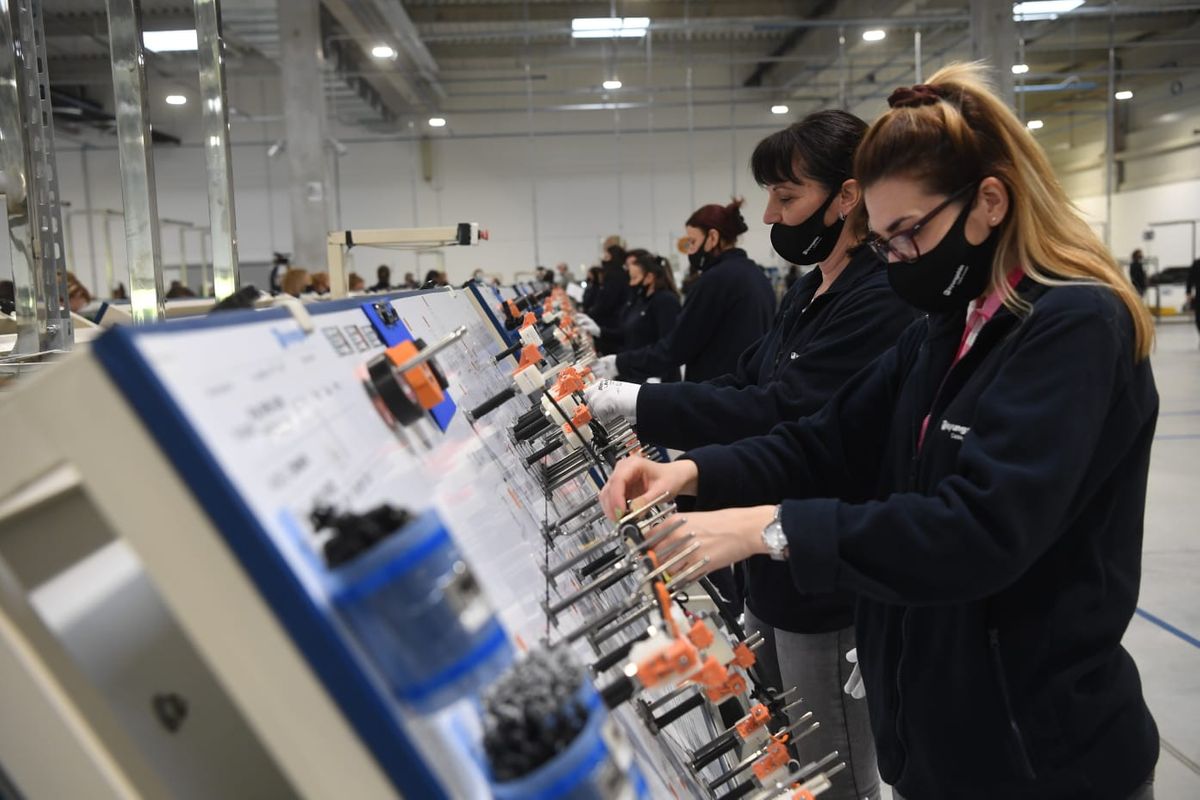 "It brings a slightly better standard of living and a chance for these people to stay here," said President Vučić, adding that the more Korean companies, which are known for innovation, come here, the better it will be for Serbia.
"Kyungshin Cable" will employ 700 workers in the factory by the end of 2022, and the investment is worth 20 million euros. The factory was built in a little less than six months, in the Guberaš industrial zone. 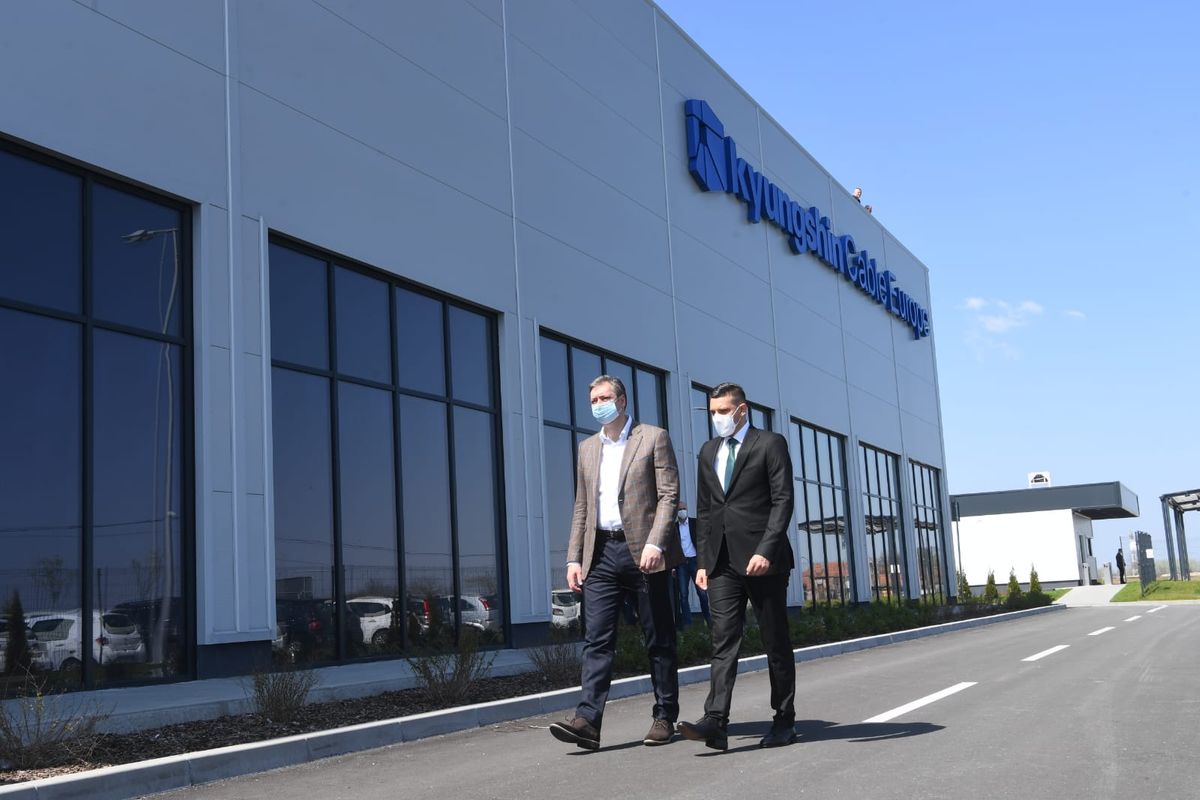 The ceremony on the occasion of the production plant commissioning was also attended by the General Manager of "Kyungshin Cable" Jae-Keun Seo, the Minister of Economy Anđelka Atanasković, the Ambassador of the Republic of Korea to Serbia Hyoung-chan Choe and the President of Smederevska Palanka Municipality Nikola Vučen.
Share