Panel "Connecting in a Pandemic: Threats and Opportunities"

President of the Republic of Serbia Aleksandar Vučić said today, at a video panel within the 5th Regional Forum of Young Leaders titled "Connecting in a Pandemic: Threats and Opportunities", that the Balkan region could be a strong driver of future economic growth in Europe and added that the world still awaits changes in the economy, after the crisis caused by the coronavirus.

"We have an excellent opportunity to achieve that, much better than some EU countries," said President Vučić and reiterated that only if we work together in the region can we achieve much, connect economies and act as a single market.
"I hope that one day we will be able to create a joint investment package, to act as a single market, to be more attractive and to attract investors. There is no doubt that this would be good for us," the President said. 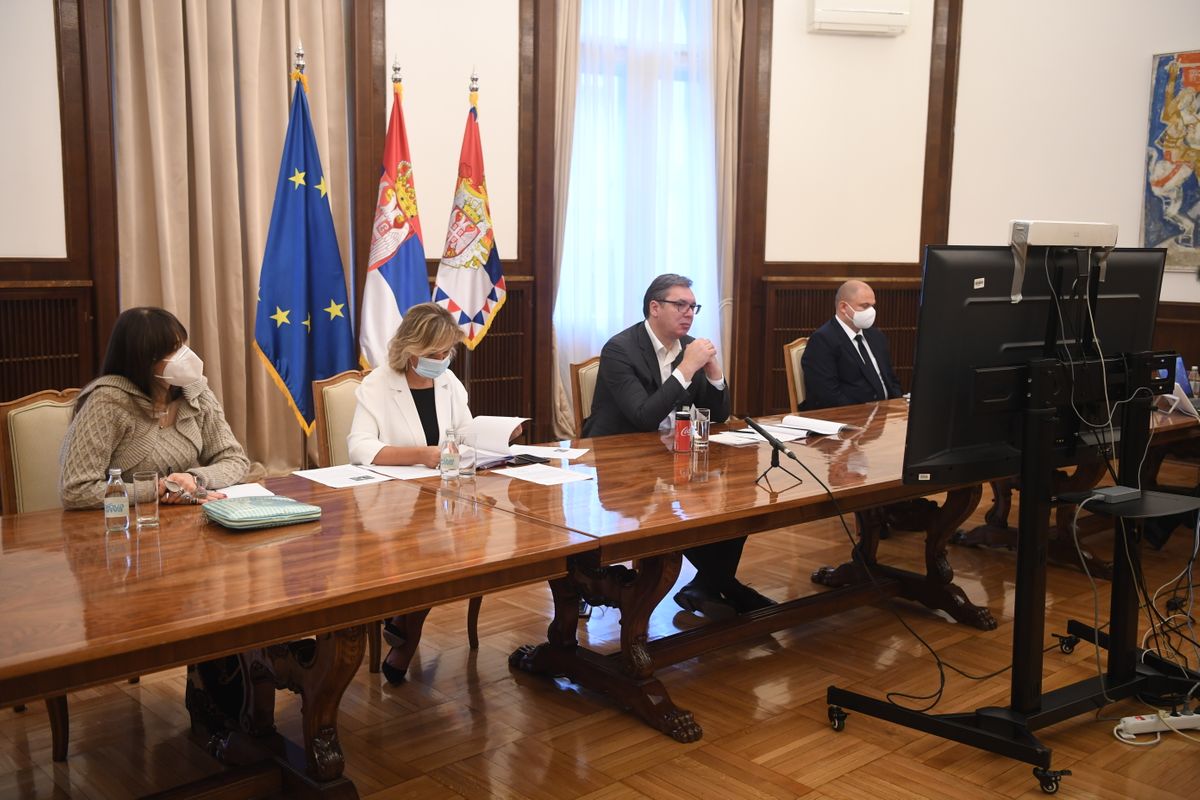 President Vučić pointed out that he was satisfied with the achieved economic growth of Serbia and added that he hoped that the region would have the best GDP growth in the whole of Europe.
He pointed out that during the pandemic, the world changed almost entirely and that something rather strange happened - the progress the countries have made in 10 years, they have lost in merely a year.
"Everything has changed and will change in the coming period because the coronavirus will not give up. There will be economic challenges for everyone. But we can do much more than others; we need self-confidence and strong joint work," President Vučić said. 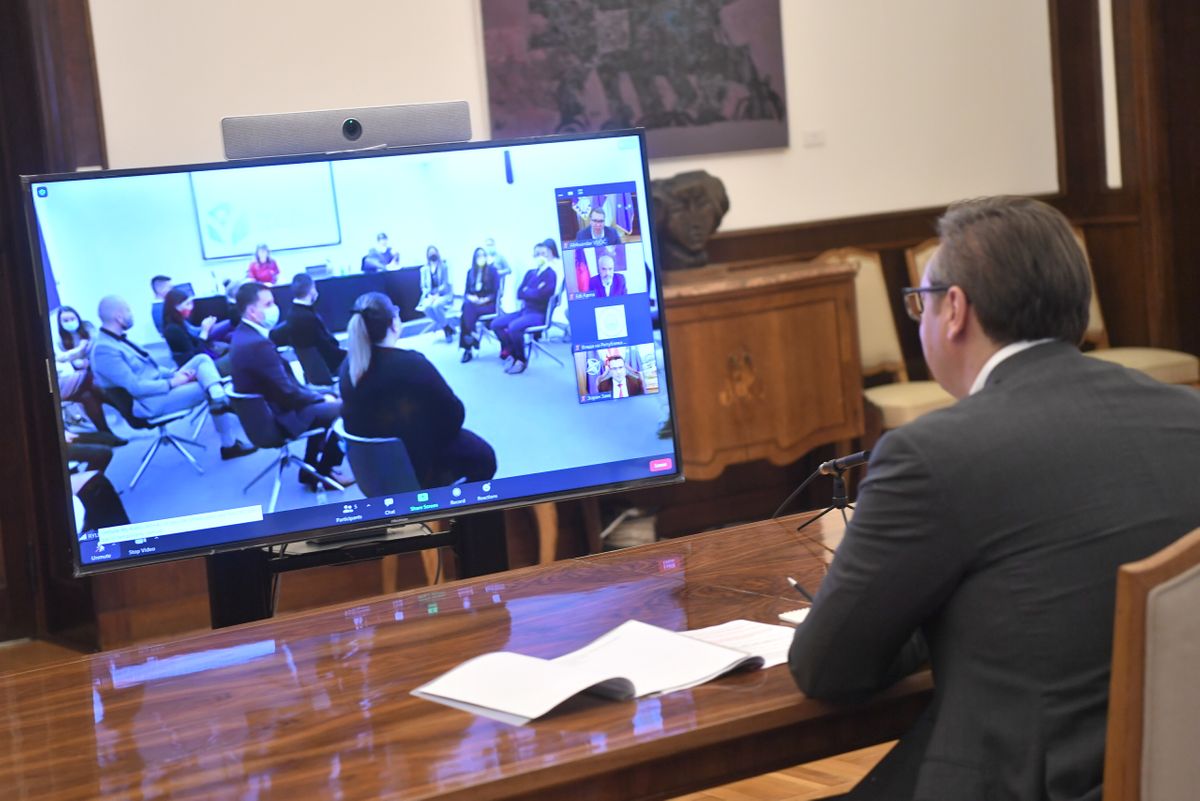 "We are ready to support our partners even more. This shows that we believe that the progress of our neighbours means our progress," he stressed, pointing out that there is a habit in the region to use the European path as an excuse to avoid regional cooperation.
"If we knock on the door of the EU alone, they do not have to open it, but if more of us knock, then it is different," President Vučić emphasised.
Asked what he planned for the upcoming Berlin Summit in Sofia, President Vučić said that he could not announce anything, because he must first agree on a joint platform with the representatives of Northern Macedonia and Albania. 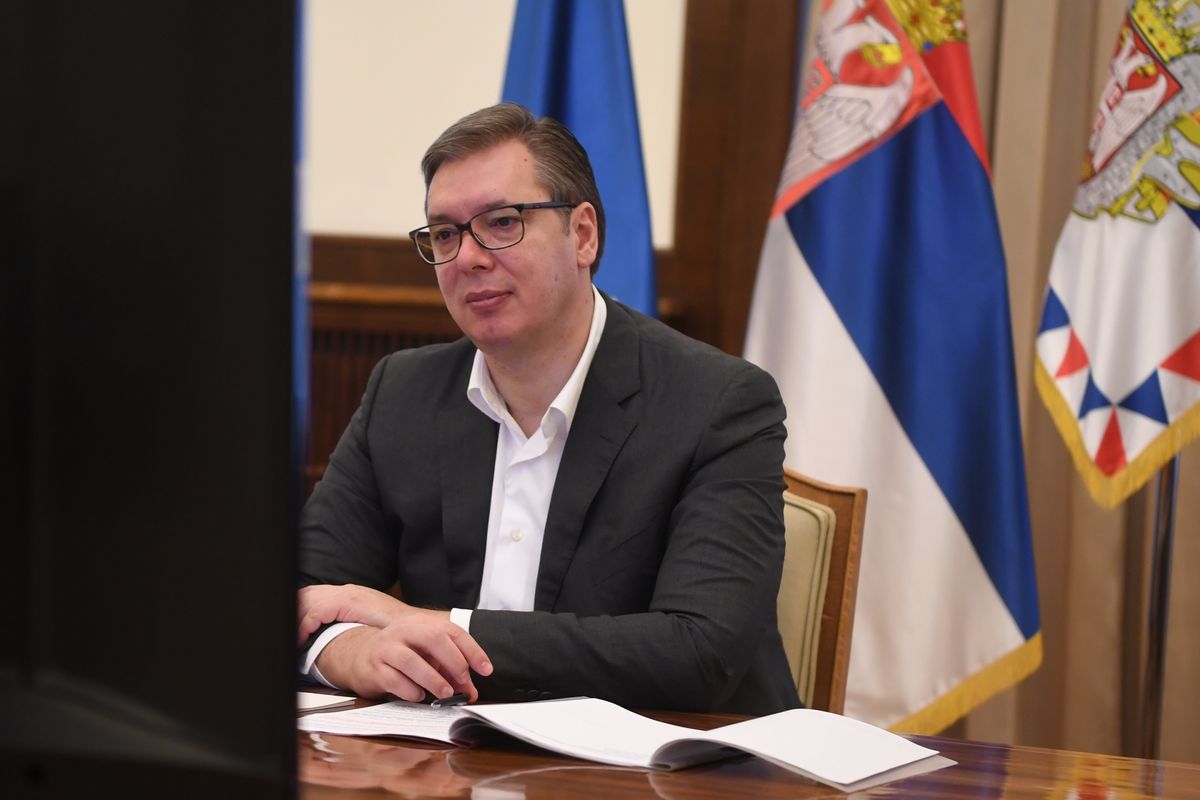 "It is all about mutual trust. We represent independent countries and considering that some ambassadors think that they can impose some of their ideas on us, I think that we should consult our neighbours first, and only after that - the others," he said.
In the end, President Vučić told the young people that they must fight, work hard to make our countries and the entire region better.
The Prime Ministers of Albania and Northern Macedonia, Edi Rama and Zoran Zaev, also participated in the online panel within the 5th Regional Forum of Young Leaders.
Share