President of the Republic of Serbia Aleksandar Vučić attended today the ceremony marking the 76th anniversary of Operation Halyard in Pranjani and said that the citizens of that part of the country upheld the honour of Serbia in 1944 and that our future is in building friendly relations with Western allies. 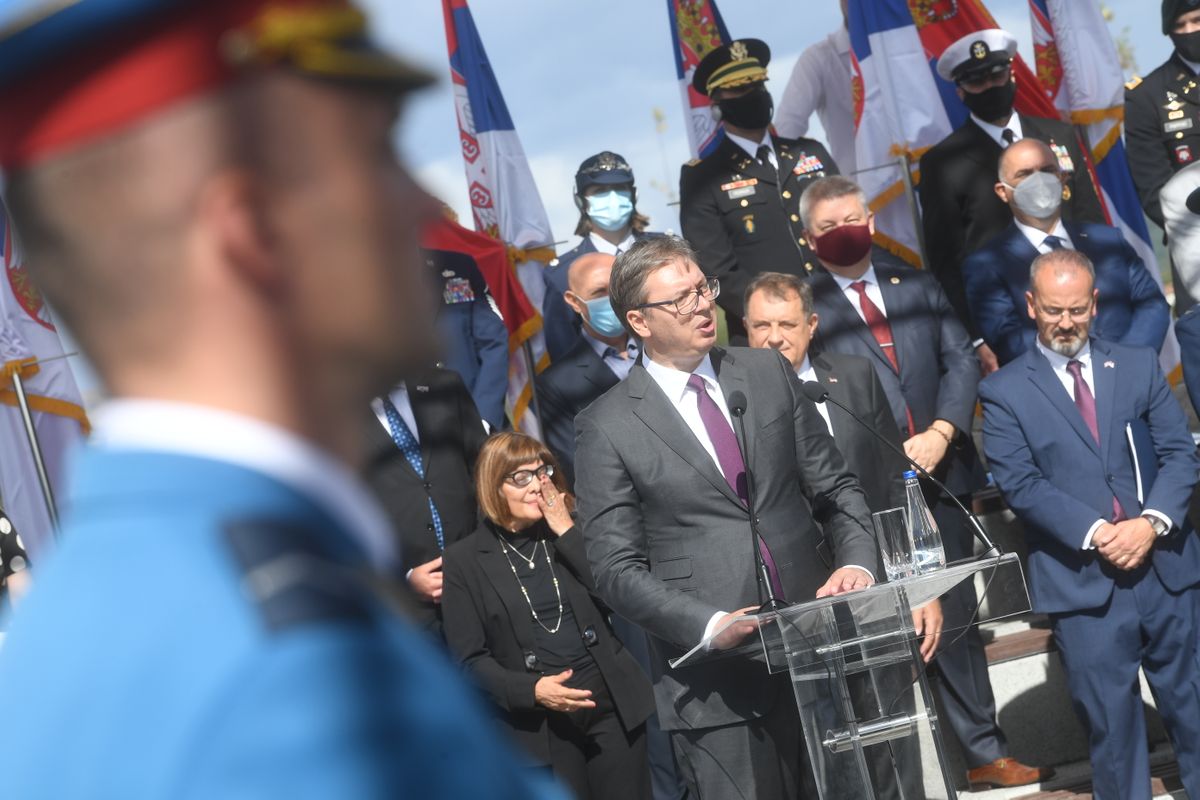 "Thank you to Šumadija for the sacrifice made and the courage it presented," the President said, emphasising that the Serbs then became "brothers in arms" with the Americans, the English and the Canadians.
The President particularly emphasised the importance of the Halyard Mission, since the allied aviation suffered huge losses, and Šumadija thus became a haven for more than 500 American, British and Canadian airmen.
"Then our people showed all their courage," the President of Serbia said, adding that only a year ago he talked to the citizens at this place and that "people have heard something nice about themselves for the first time since 1945." 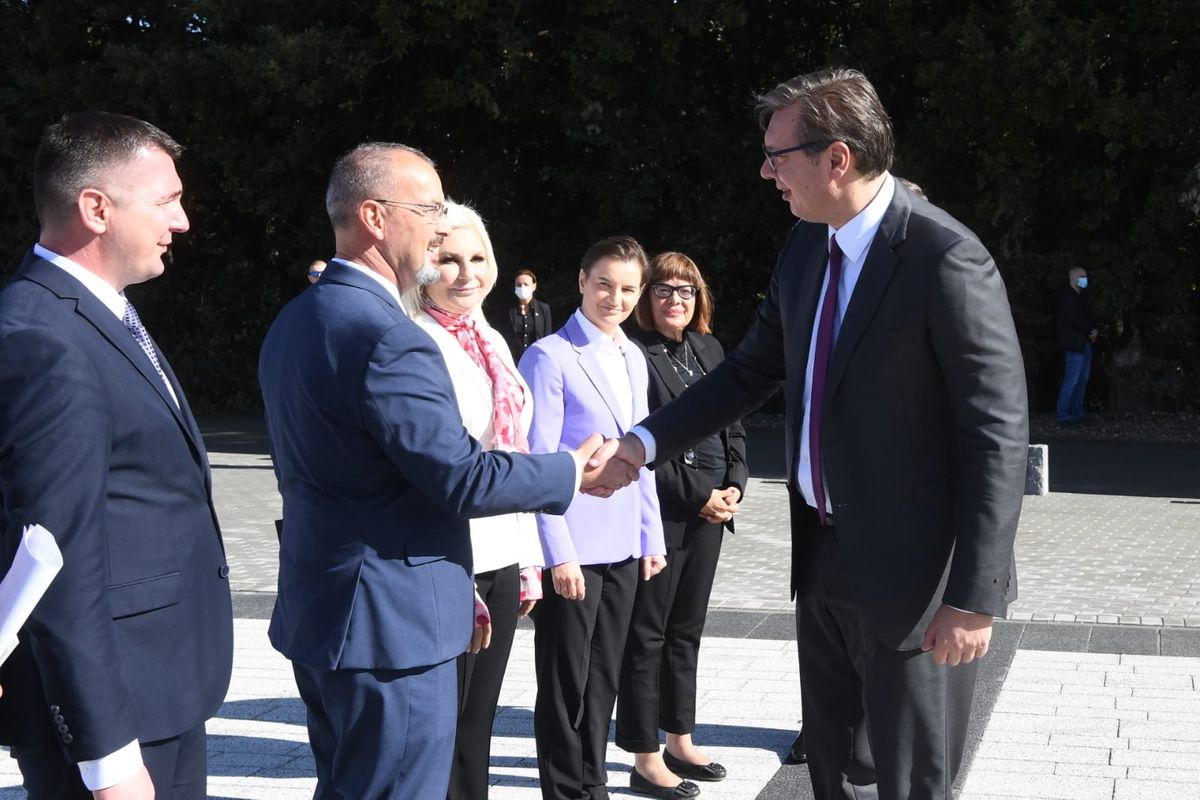 "They heard the truth about what was happening in 1944. I am infinitely grateful to the people of Pranjani, Milanovac, Čačak, Ljig, Šumadija, who upheld the honour of Serbia in 1944," said President Vučić.
He particularly pointed out that Serbia now needs to develop faster and move forward.
"We cannot do it alone. We need friends, compromises and peace for that. We are stronger together," the President said, adding that in the 20th century Serbia lost a large number of people, but kept its freedom.
Stating that a Memorial complex has already been built in Pranjani, President Vučić also announced the construction of new facilities in that location for the citizens of Serbia to get better acquainted with this part of Serbian history.
The President notably thanked his American friends for the message that we are stronger together and that, thanks to President Donald Trump and Ambassador Godfrey, the popularity of the United States has multiplied in just one year because they wanted to show respect for Serbia and sought a different relationship with our country.
"I am glad that our relations with the United States are better. I am convinced that we can and must invest a lot of effort, energy and work in that," said President Vučić, adding that we must show much respect for each other to raise these relations on an even higher level. 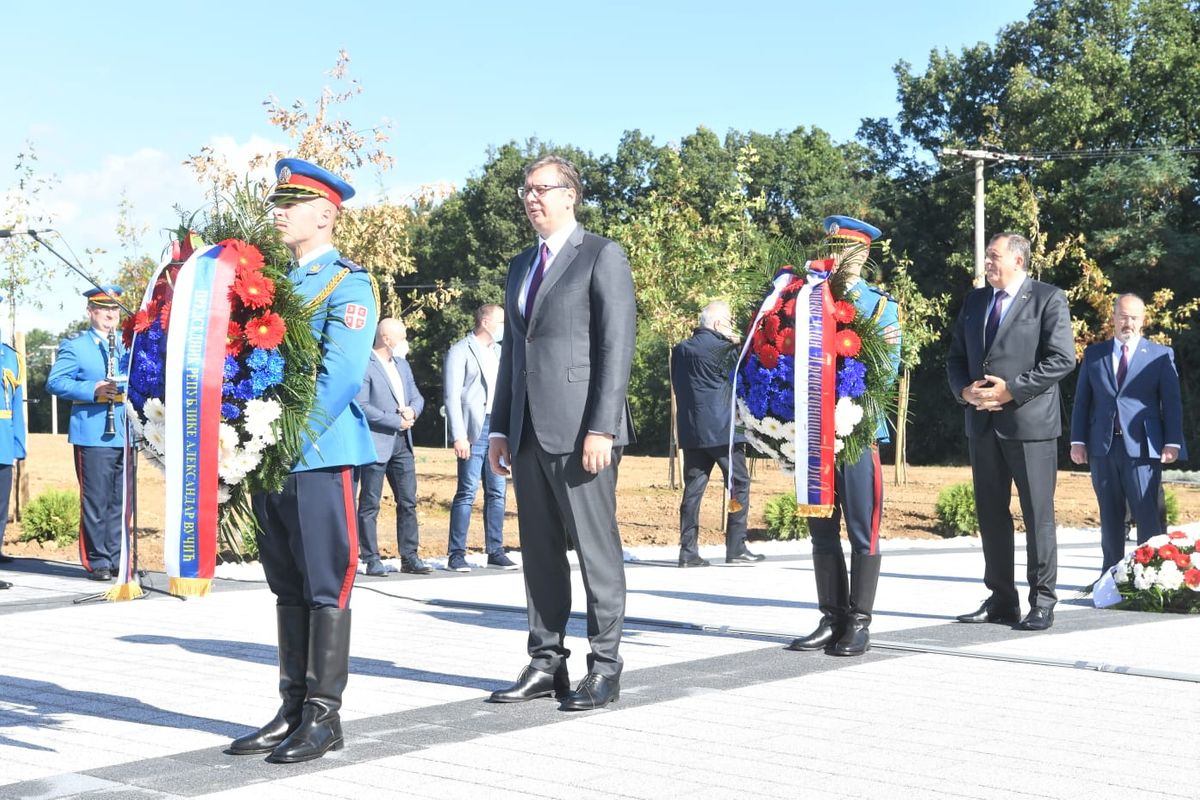 In his address, US Ambassador to Serbia Anthony Godfrey pointed out that few people know about the Halyard Mission, because it has been kept a secret for a long time, but that the Halyard Foundation and Serbian President Aleksandar Vučić contributed to the two nations remembering this joint mission.
"Today, we remember the incredible courage that the citizens of Serbia showed 76 years ago. To do that, Serbian peasants together with American soldiers, took a great risk to carry out the biggest rescue operation, and there was a long silence about it, and little was known," Godfrey said.
The US Ambassador thanked President Vučić and the Government of Serbia for the construction of the Memorial Complex, as well as the runway to honour the Halyard Mission.
"Both then and now, we share the same vision of the future," Godfrey said, adding that the partnership between Serbia and the United States is based on shared values.
The ceremony was also attended by the Prime Minister of the Republic of Serbia Ana Brnabić, Serbian Member of the Presidency of Bosnia and Herzegovina Milorad Dodik, Deputy Prime Minister and Minister Zorana Mihajlović, US Ambassador to Serbia Anthony Godfrey, founder of the Halyard Mission Foundation John Capello, and local officials.
Share