President of the Republic of Serbia Aleksandar Vučić visited Loznica today, where he opened the reconstructed wards of the General Hospital in Loznica and attended the ceremonial opening of the "Adient" factory. 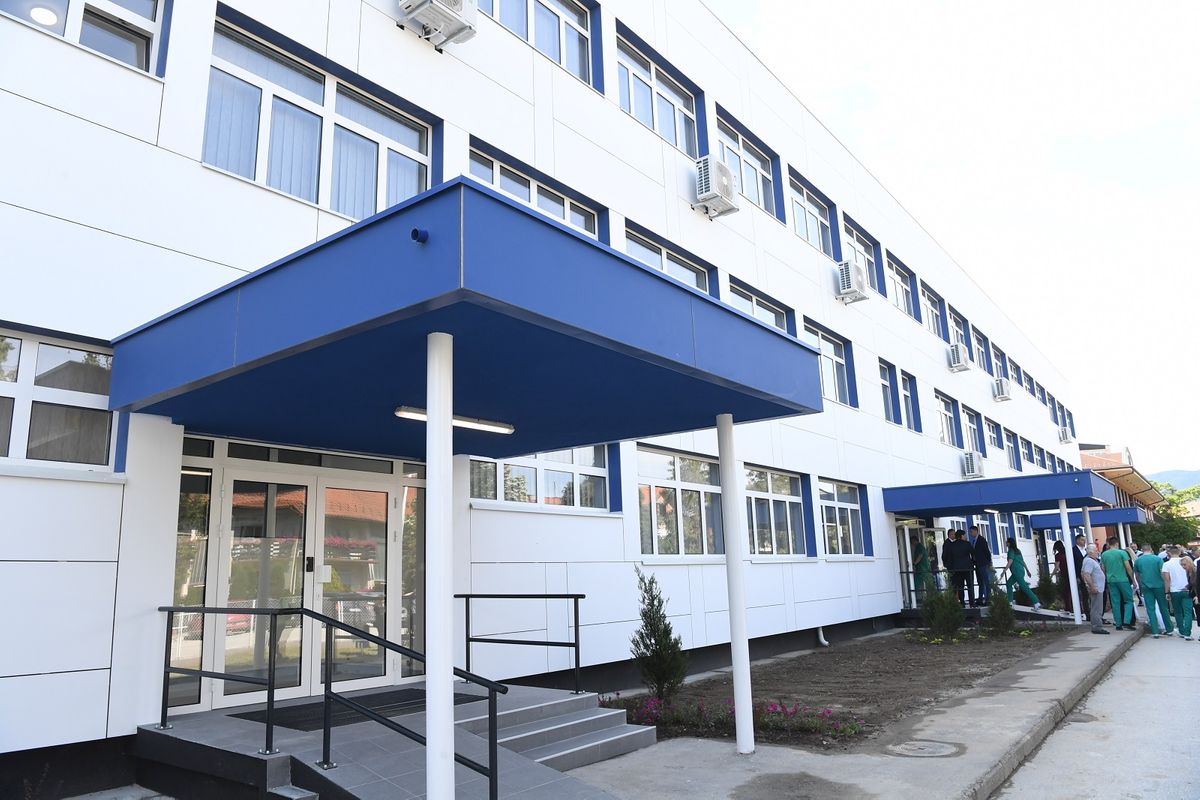 President Vučić announced that the works on the reconstruction of all the General Hospital facilities would be finished by the end of next year. The value of the reconstruction works on three hospital units - Thoracic, Internal and Neuropsychiatric - amount to around 400 million dinars, and the funds was provided by the Government of Serbia through the Office for Public Investment Management. At the same time, the project documentation was financed from the city treasury with 30 million dinars. 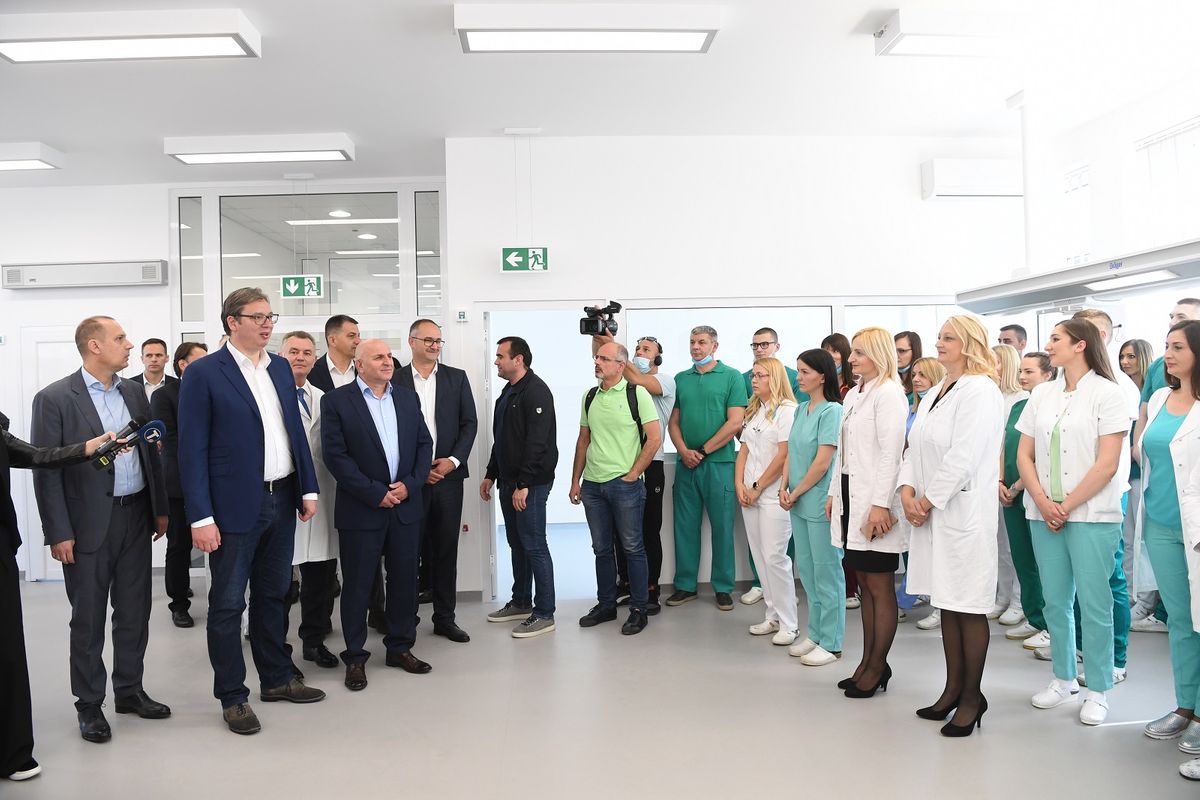 "People need to sense that they have a future. This is a completely different image for the whole of Podrinje. Everything is splendidly done, according to the highest standards, and it is important that people are satisfied. Hospitals are becoming a part of the living standard. Amazing people work here, and I am happy we can fix what we could not do in the previous 30 years", said President Vučić and pointed out that Loznica was one of the vital investment centres, but that it was being neglected and devastated for years.
"We created something out of nothing, but not even a magician could grow the economy in Loznica. However, I am satisfied now, because Loznica has a significantly stronger economy, a higher living standard", said President Vučić and expressed the expectation that the demographic image in that city will further improve. He thanked again to all health workers, emphasising that during the crisis caused by the coronavirus, one could see how important health care and equipped hospitals are. 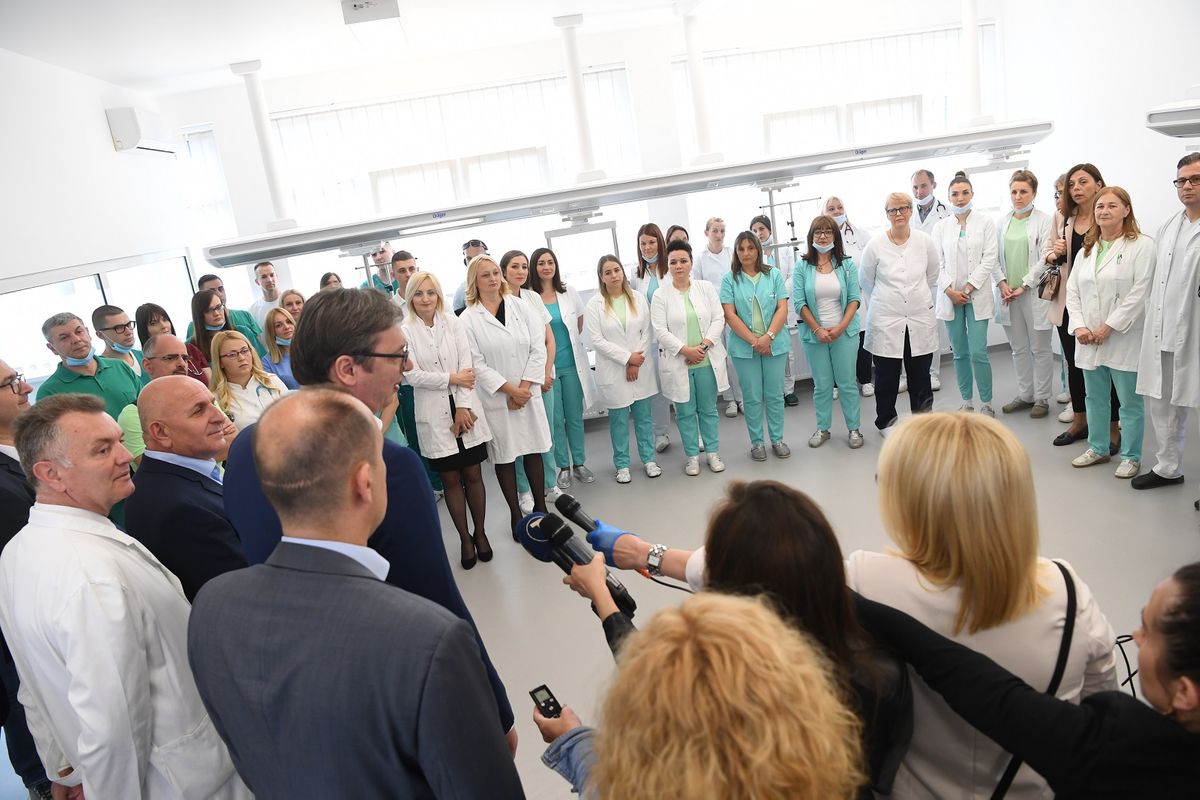 "Now they will appreciate you more and expect more from you. Thank you for your work, for everything you do and for caring for all people, from the youngest to the oldest ones", said President Vučić. 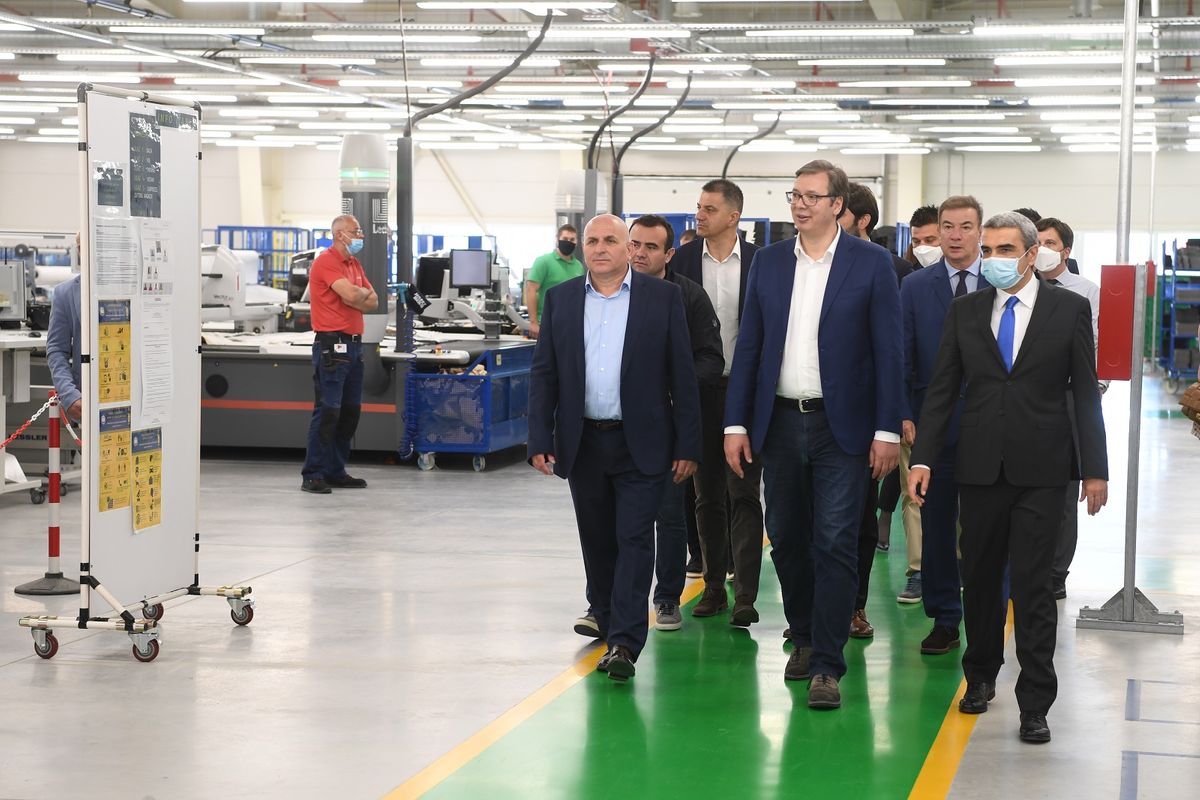 President Vučić also attended today the ceremonial opening of the factory of the American company Adient and announced that 1,500 people would be employed there. During the tour of the factory, he said that 838 people have already been employed and that the workers will have the best conditions for work and rest within the factory, which also has a training centre. 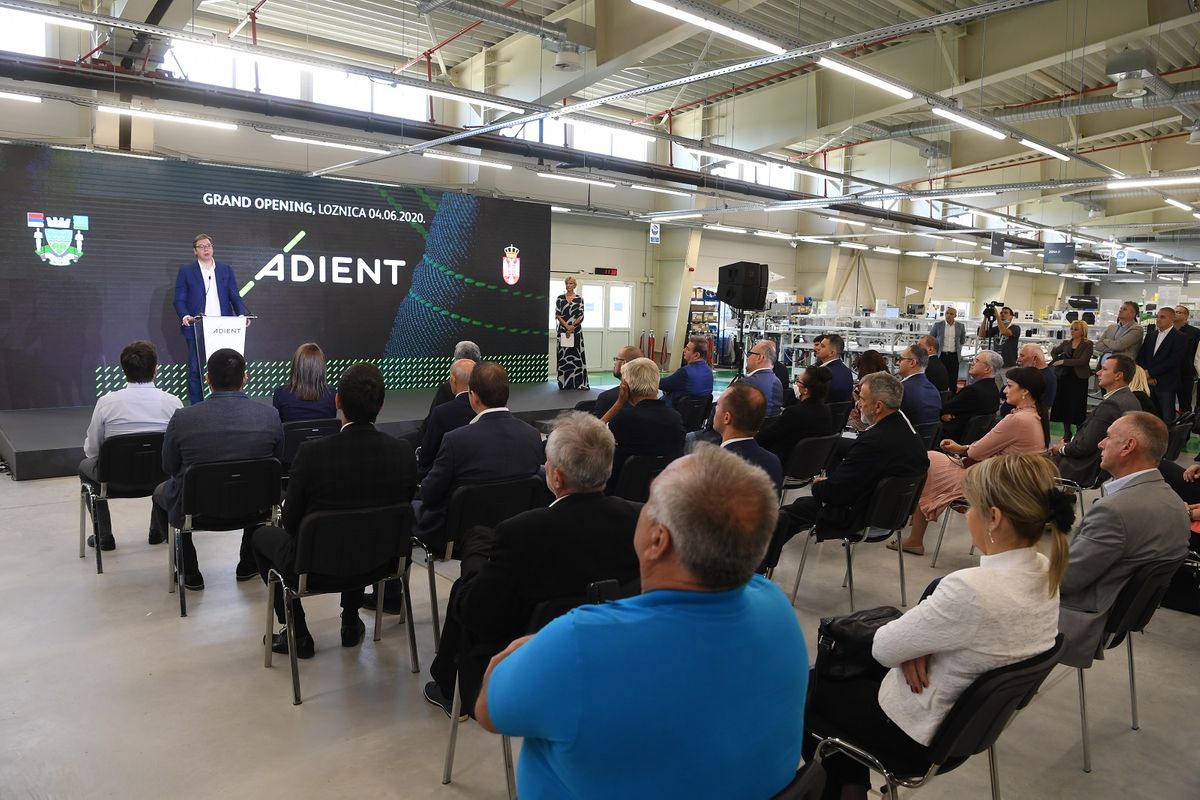 President Vučić pointed out that the factory of the American company will raise not only Loznica but also the entire Podrinje and Rađevina. He added that the new factory would yield a great impetus to the economic growth, thus funnelling more funds in the local budget for roads and utility infrastructure projects.
"I am delighted to see a large number of workers who hereby support the subsistence of their families. I am especially happy that 70 per cent of them are women, as well as young people. I admire how you managed to accomplish all this in a short time. Thank you for caring about the workers. Loznica is a strategic place for us, and it is of utmost importance that it can prosper and protect its population," said President Vučić.
Loznica,
4th June 2020
Share