President of the Republic of Serbia Aleksandar Vučić visited today Prijepolje and Priboj, where he met with agricultural producers and the presidents of the municipalities of Priboj, Prijepolje, Sjenica and Nova Varoš, after which he attended the grand opening of the Terme 36.6 hotel and the AFT factory. 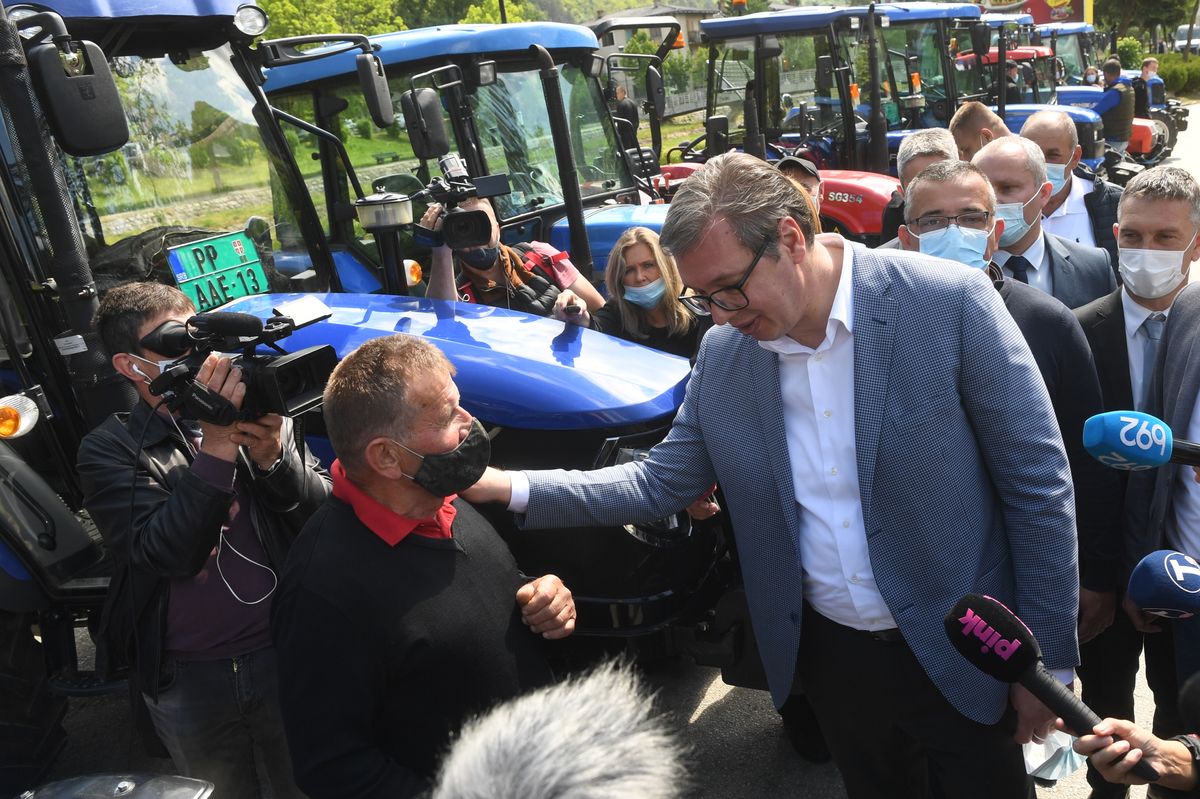 President Vučić began his visit to the Zlatibor district talking with the citizens of Prijepolje, who told him about the problems they face but also gave suggestions for improving the quality of life in that area. He pointed out that the state is working on attracting investors, but that the construction of a fast road, as well as gasification, is of crucial importance for serious and long-term projects.
"Strategically, the most important thing for investors to come is to build a fast road that would connect Prijepolje with Duga Poljana and the highway," said President Vučić, adding that this is also important for strengthening the huge tourist potential of this area.
Speaking about the importance of infrastructure for new investments, President Vučić pointed out the gasification project of this area, in which the state will invest large funds.
"The important news for all people is that they will get a gas pipeline. This year, we are putting it in the plan", said the President and pointed out that it is an investment worth 30 million euros.
In a conversation with farmers from Prijepolje, President Vučić mentioned that it is important for the state to provide subsidies in the amount of 50 per cent for the purchase of a total of 750 new tractors in Serbia so that rural households can renew machinery and pointed out that the goal is to accelerate the development of agriculture as the state now has sufficient funds for such investments. President Vučić also announced new types of support so that this economy branch would record strong growth as soon as possible. 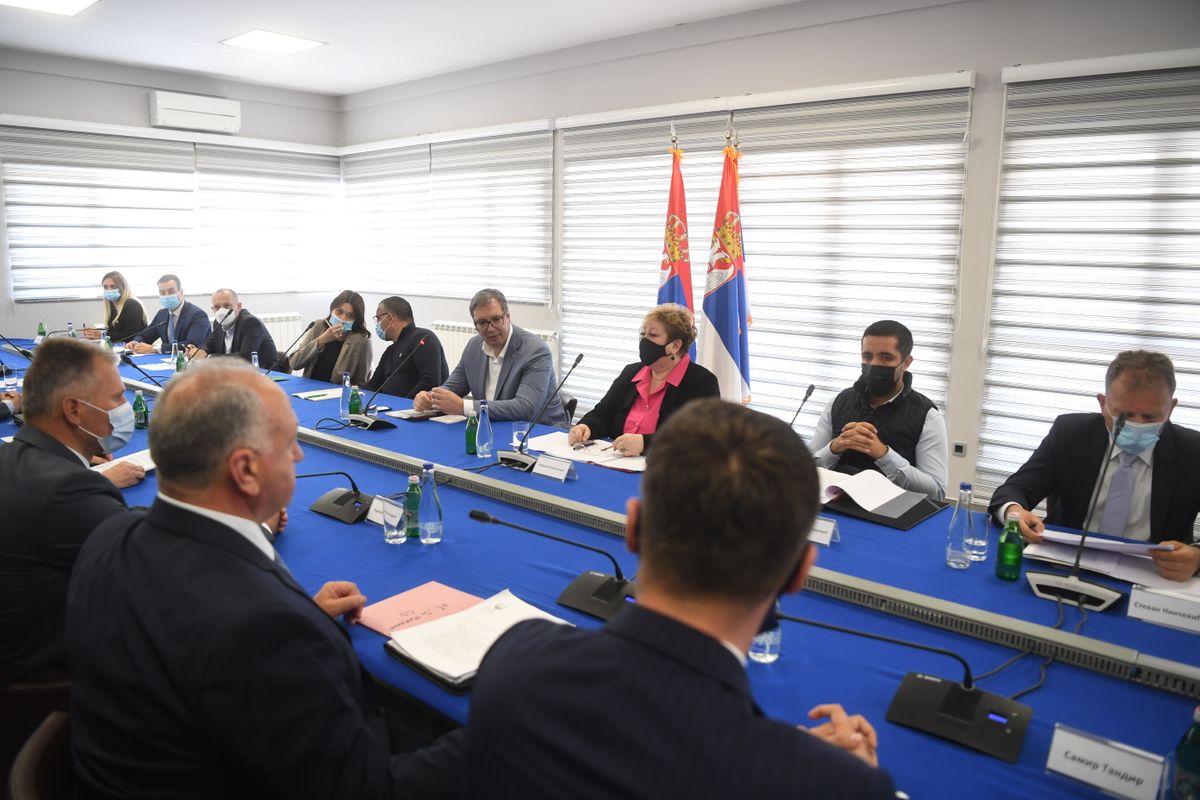 After talks with farmers, the President held a meeting with the presidents of the municipalities of Priboj, Prijepolje, Sjenica and Nova Varoš, at which projects of importance for the citizens of this area, as well as for businessmen and potential investors were discussed. At the meeting, it was agreed to build a road from Kokin Brod to Priboj in the length of about 27 kilometres to connect the Zlatar and Zlatibor regions, and the value of this project is estimated at 8 million euros. The President pointed out that this road will be of exceptional importance for tourism, but also for attracting new investors.
At the opening of the reconstructed hotel "Terme 36.6" in Priboj, President Vučić pointed out that such projects are changing the face of Serbia, and that the state, on its part, will contribute to the development of tourism through even more intensive investment in infrastructure. The President thanked the owner of the hotel, Goran Despić, whose investment in the reconstruction of the hotel contributed to the fact that Priboj now has a representative tourist facility that will be visited by guests from the country and abroad.
The "Terme 36.6" complex includes a four-star hotel and ancillary facilities that cover 5,000 square meters, and the investor announced the construction of another hotel in Pribojska Banja. 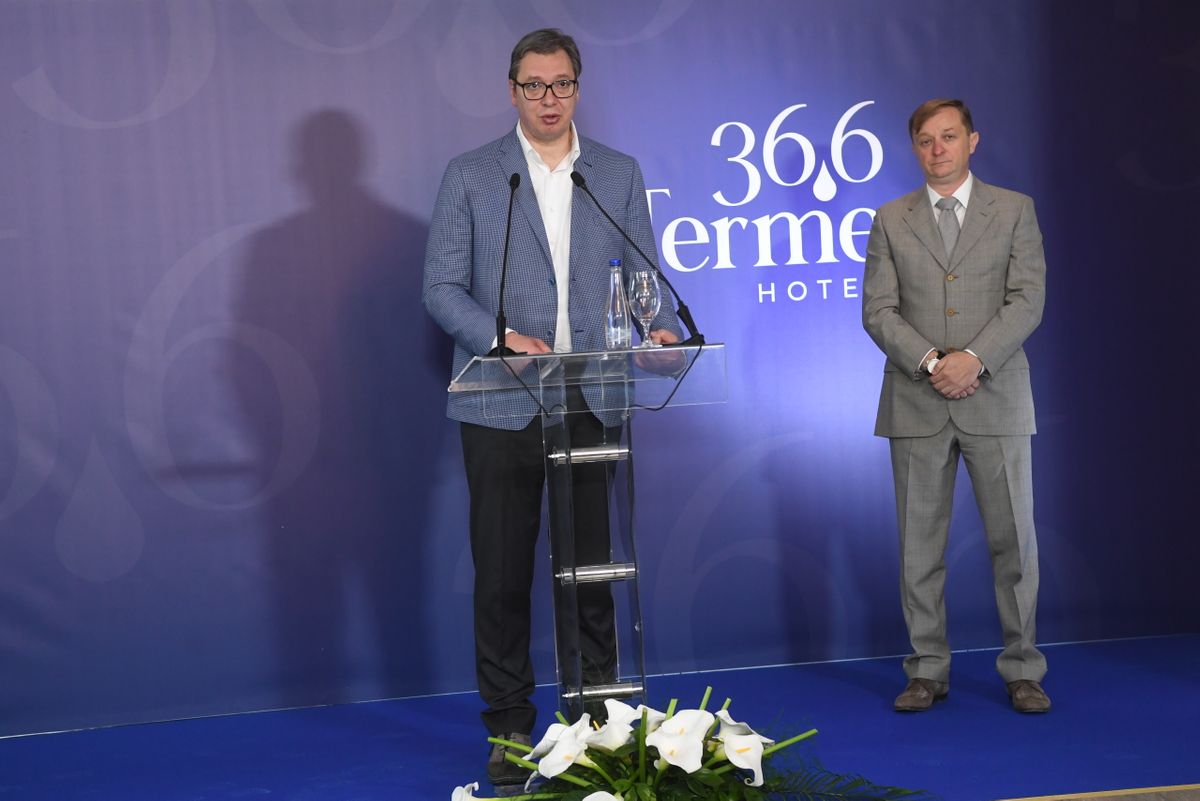 At the opening of the ATF car parts factory in Priboj, President Vučić pointed out that the city was advancing at a high speed and that this German company was announcing the possibility of opening more plants in Priboj and that part of Serbia. The President stated that it was an investment of six million euros and that Priboj got an extremely important factory after 40 years, which is why people are returning to Serbia again.
"The state will provide even greater support and we will invest in dual education and infrastructure works. We want to reindustrialise this entire region of Serbia so that people do not go to Germany, Austria, Switzerland and other countries, but to stay here," said President Vučić after today's visit to Priboj. 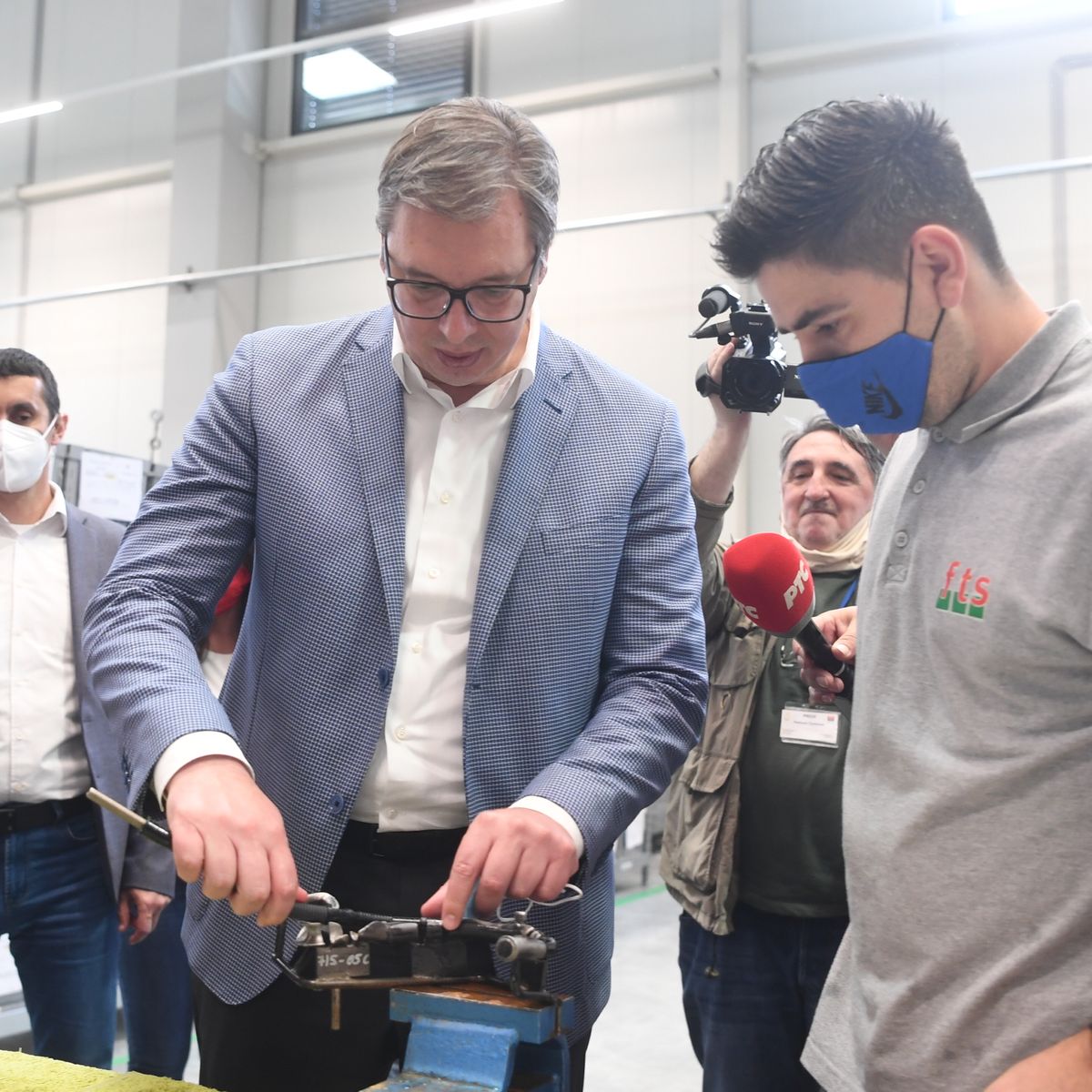 The ATF factory will employ a total of 400 workers and will produce parts for BMW, Audi and Volkswagen and other well-known car brands. The factory has 6,300 square meters, and the value of the investment is six million euros.
Share