President of the Republic of Serbia Aleksandar Vučić received today the second dose of the vaccine of the Chinese company "Sinofarm" in the Health Station of the Pukovac village. Following revaccination, he held a meeting in Gadžin Han with representatives of the Niš District local self-government to discuss the new projects and investments in this part of Serbia. 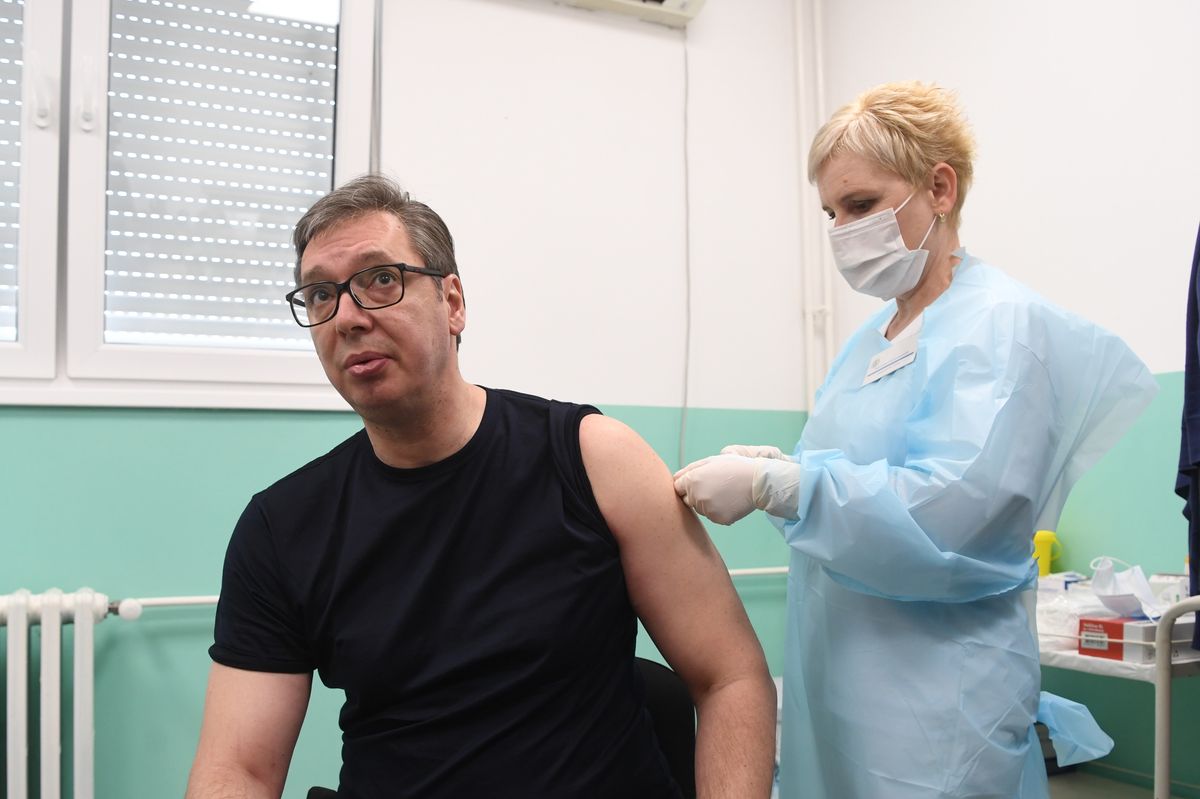 On this occasion, the President talked to the gathered citizens in order to hear about their problems and issues but also appealed to them to get vaccinated and emphasised that vaccination is the most important for the development and growth of the economy.
I think the most important thing is for people to get vaccinated. I ask people to be considerate and careful towards everyone else, to take care of their loved ones, but also towards other people they come in contact with," the President said, adding that he was convinced the citizens would show responsibility so that the country could continue with the strong trend of growth.
"We cannot talk about growth, factories, roads and railways if we have a large number of infected people," said President Vučić, adding that with the improvement of people's health, economic life in Serbia is also accelerating. In this sense, the President added that in Rudna Glava, where he was vaccinated on April 6, a factory is already being built, which should be opened on June 28 this year. 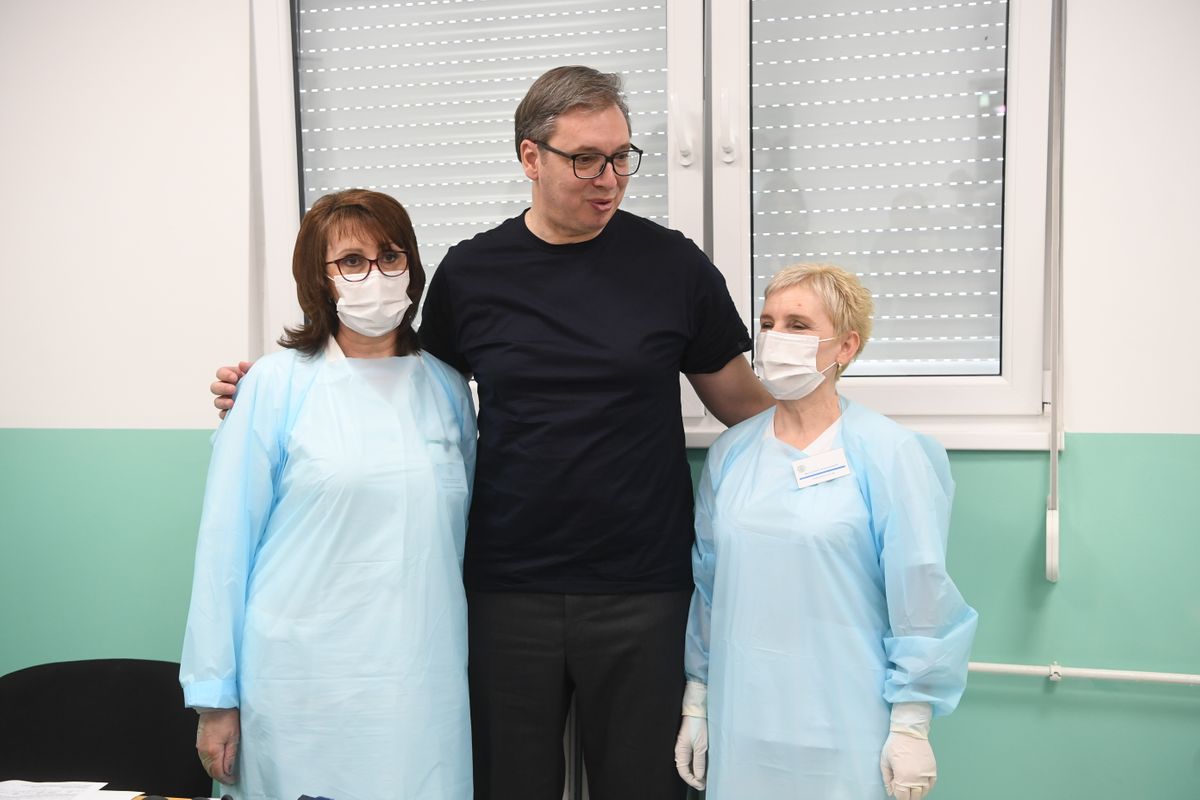 The President pointed out that the state today has more money than before, most ever in the modern history of the Serbian state and that he believes the money can be invested not only in renovation and renewal but also in the building of new facilities.
"Currently, we are working on three clinical centres, 19 hospitals and a large number of health centres in Serbia," said President Vučić, adding that the renovation of the Military Hospital in Niš is also planned, emphasising that Niš is progressing much faster than expected.
"Niš is becoming the most important crossroad in this part of Serbia, after devastating years when nothing was done. Niš will also be the crossroads of all railways for the entire Balkans," said the President and announced that the cornerstone for the construction of a new covid hospital will be laid in Novi Sad tomorrow. 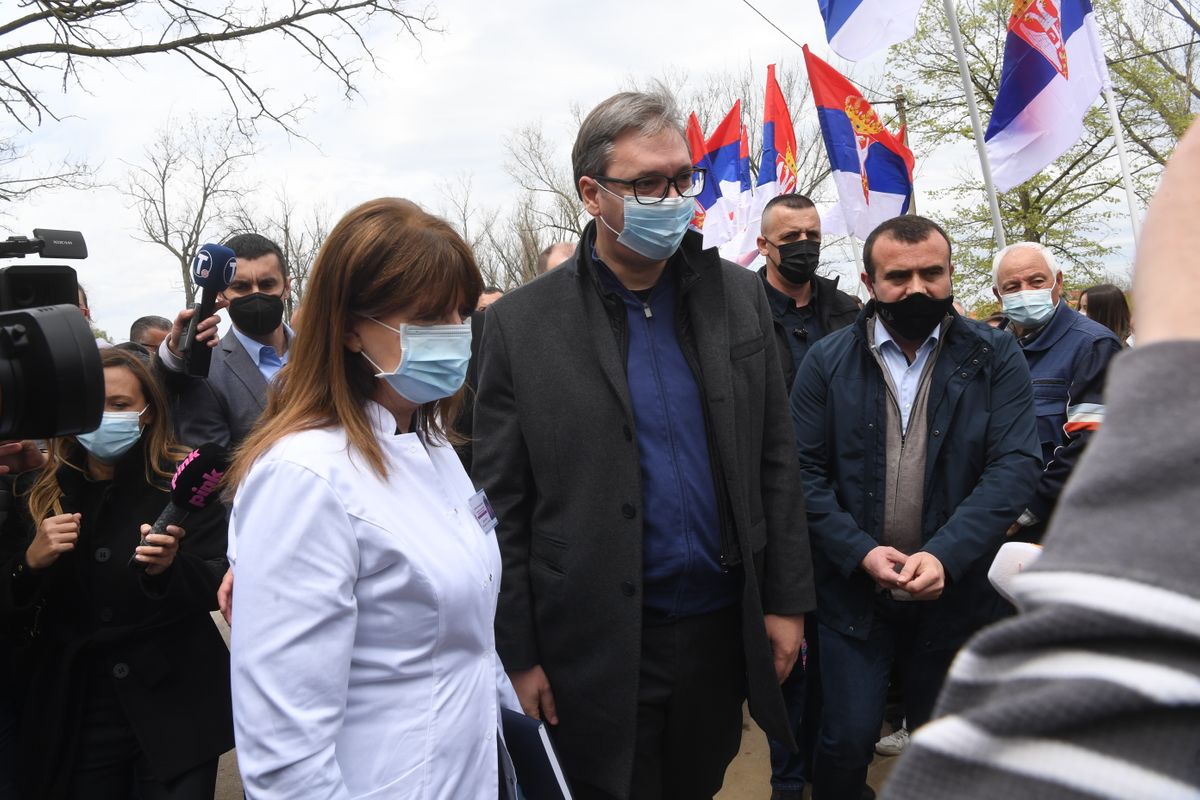 Speaking about the economic plans for 2021, President Vučić reiterated that Serbia will try to exceed the forecasts of the International Monetary Fund, which estimated that the growth of the region will be 4.4 per cent, and 5 per cent for Serbia. He stressed that our country aims to grow by 6 per cent and more, which will make it the best in the region, but also in the eurozone.
"The IMF has reduced the growth forecasts for the eurozone to 4.5. We are not satisfied with 5, we will go for plus 6, plus 6 and a half ", said the President and added that this would mean a significant increase in salaries and pensions.
President Vučić expressed special gratitude to the People's Republic of China, Chinese President Xi Jinping and the Chinese people for the delivery of a large number of vaccines, and added that the newly built Chinese Shinju factory in Niš will be opened in May or June and employ about 1,000 people. 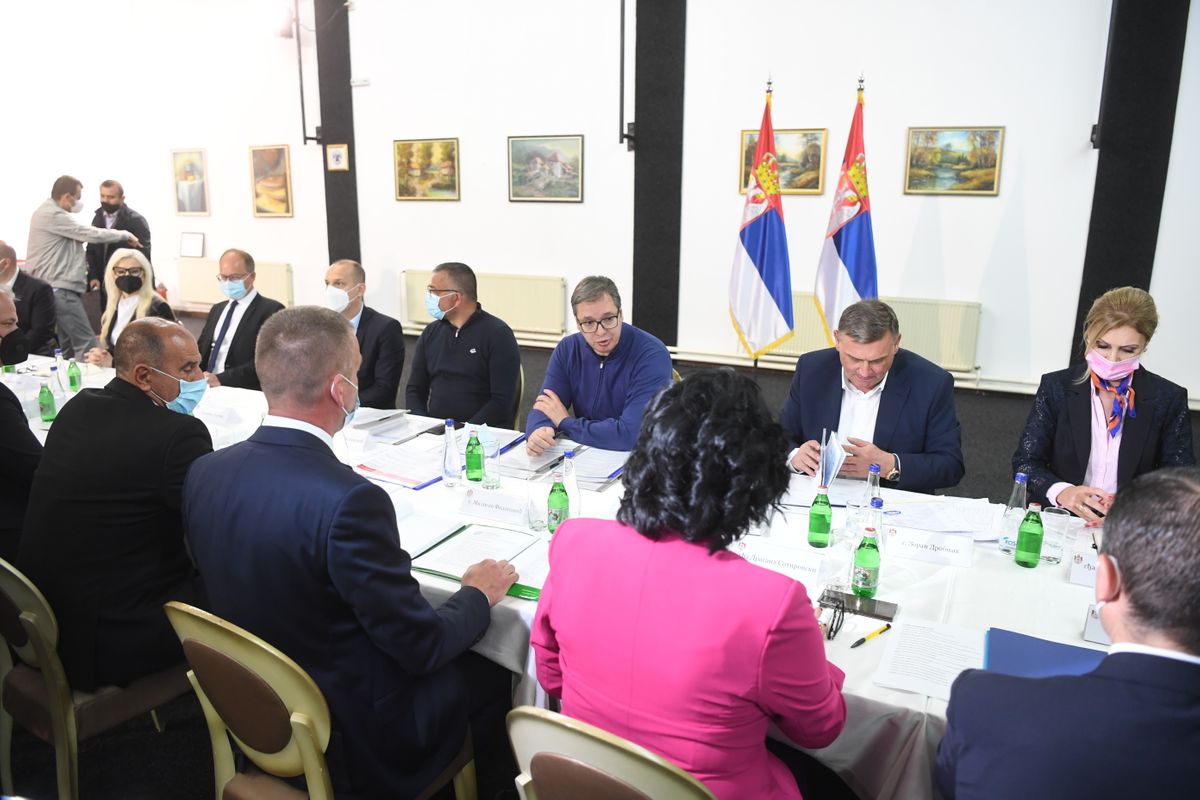 "It is an excellent and important factory. There are more investments from Europe and China, so we will probably see each other in Niš in the next month and a half," the President said, adding that he talked with local government representatives today in Gadžin Han about what can be done for development in the Niš, Jablanica, Toplica and other districts.
"For us, Gadžin Han is very important because we do not want life to get put out here. We want you to progress, to have secure jobs and to be able to guarantee the future to your children", said President Vučić at the meeting with the representatives of the district and added that the industrial zone was also discussed, as well as road reconstruction and other projects important for the development of this parts of the country.
Share