President of the Republic of Serbia Aleksandar Vučić visited the 15th tank battalion of the ground troops First Brigade in the "Boško Palkovljević Pinki" barracks in Sremska Mitrovica, where he attended a demonstration of the tank company's capabilities, the fire platoon's ability in operation and use of multiple rocket launcher of 128 mm M77 "Oganj", presentation of modernised artillery batteries of the "Oganj" system and practical training of the tank company. 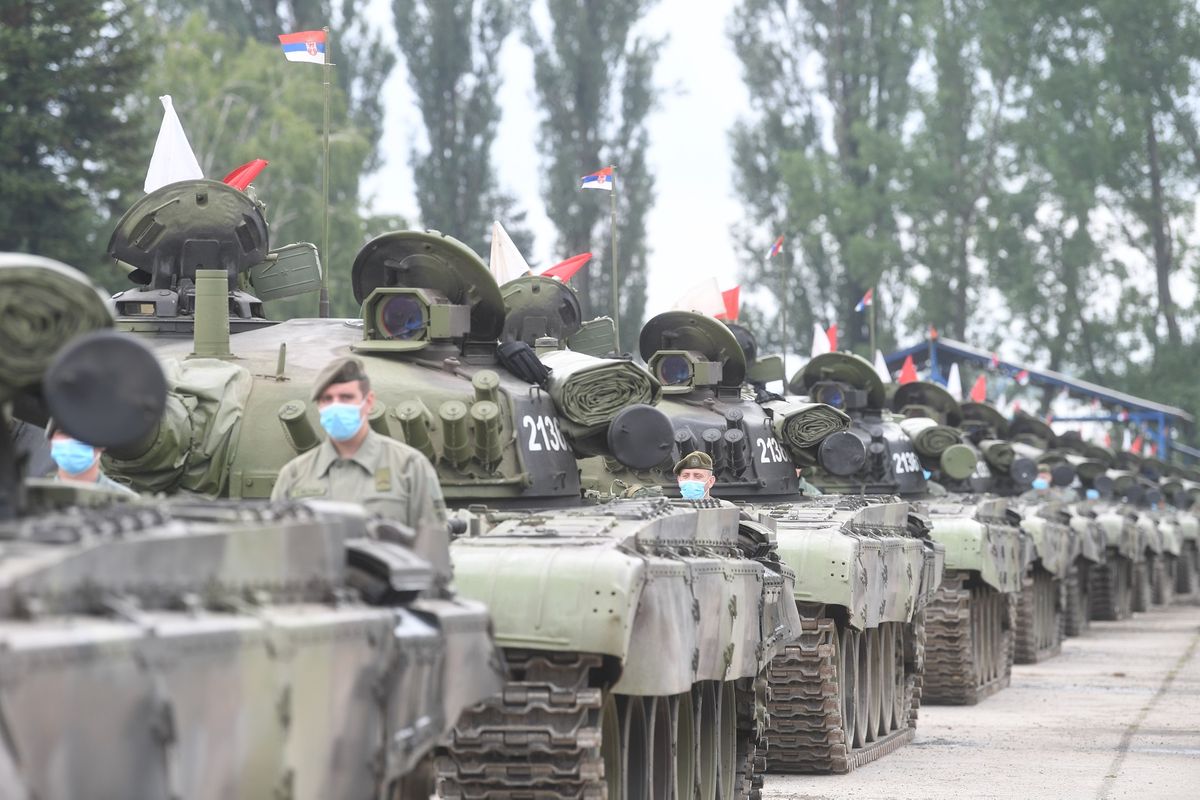 "Here, in the part of the First Brigade of our army, we could see the training, preparation, dedication and commitment in the work of our tankers, but also the changes we are introducing in our artillery and missile units. We think that these units are one of the strongest parts of our army. Today, you saw all the new modular forms that we make, everything is automated and for the most part, done in our Serbian factories. Vehicles, platforms, and rockets were all made in Serbia - in Krušik, Petoletka, and FAP. We are looking at how to strengthen our army in difficult circumstances," said President Vučić. He pointed out that Serbia aspires to preserve military neutrality, security, stability and peace, but also to maintain the sound defence of the country, if necessary, and announced additional, the largest so far financial resources in the defence industry. 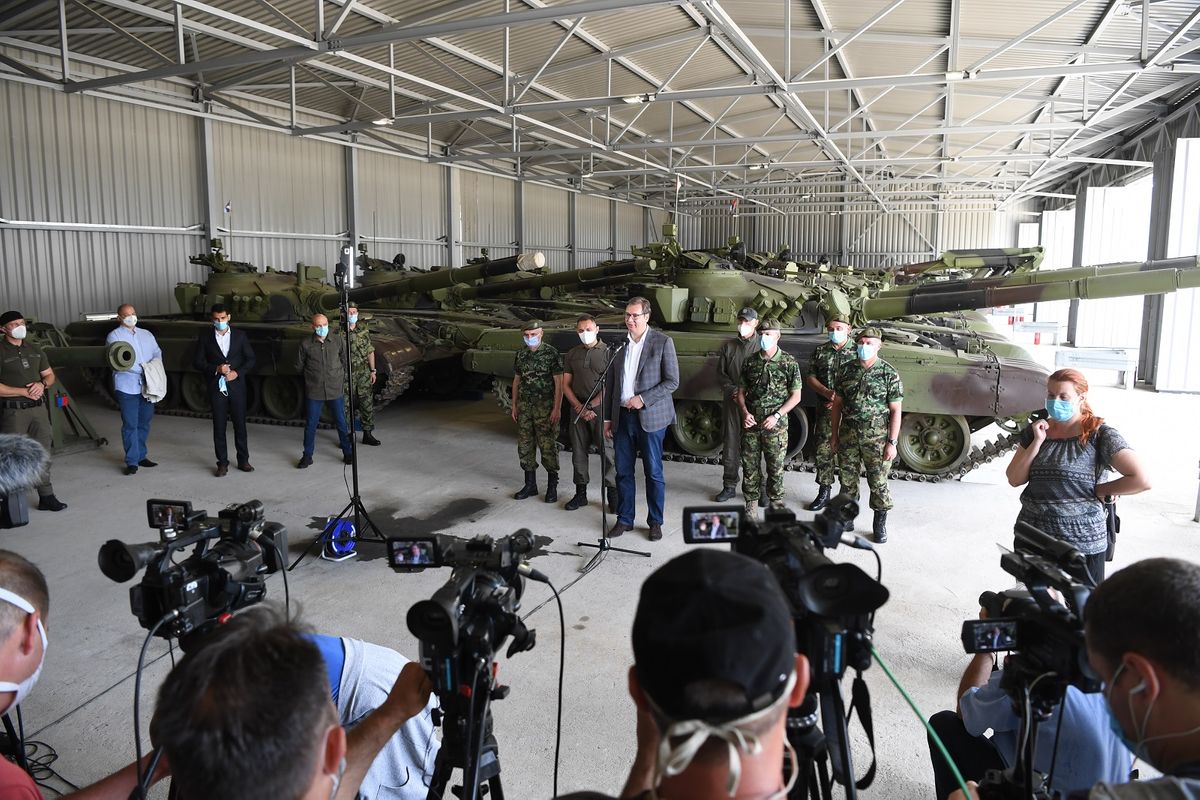 "We have largely renewed the bomber fleet, and we have ten Eagles today, we also have the Super Galeb G-4 that we can use in these actions, but it must be much stronger. We will look to buy fighter-bombers that are capable of close combat in the air, but also to act against ground targets. We have already taken some steps in that direction", stated President Vučić and added that the situation in the Air Force and Air Defence is much better than it was and that ten operational fighter planes MiG-29 are currently available, but that in two or three months that number will be increased to 14, after receiving four aircraft from Belarus.
Sremska Mitrovica,
26th July 2020
Share