President Vučić with the President of the Russian Federation Vladimir Putin

President of the Republic of Serbia Aleksandar Vučić met today in Moscow with the President of the Russian Federation Vladimir Putin, with whom he had an outstanding conversation on all vital political issues, and above all on Kosovo and Metohija and the overall situation in the region and the world. 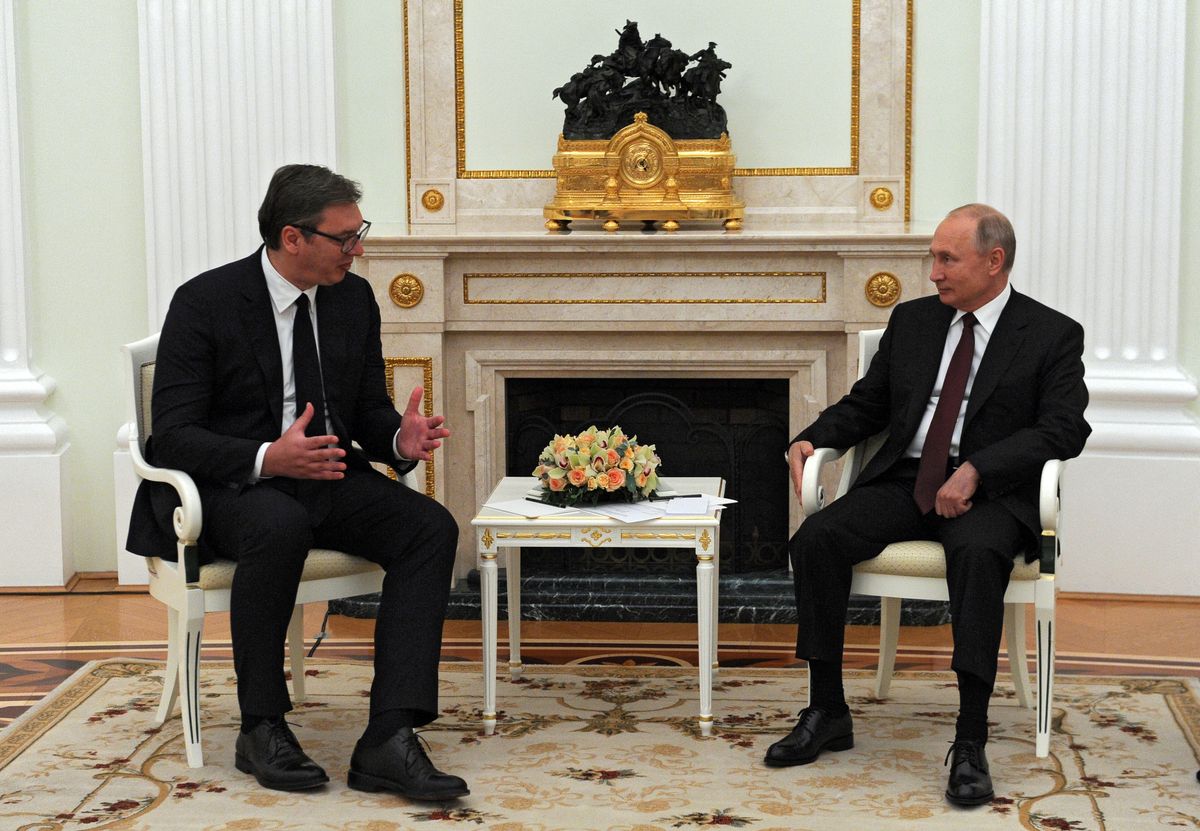 Photo: Press-service of the President of the Russian Federation

Following the meeting, President Vučić pointed out that he was very grateful to President Putin for the attention he paid to our country, and that relations between our two countries were very close.
"We had a very cordial and very good conversation, and I am quite satisfied with its content. We discussed all the key issues, political - especially the ones related to Kosovo and Metohija - but also the entire regional situation and relations in the world. In addition to the political ties - which are very close between our two countries - I received specific advice, but also high-grade analyses from President Putin ", stressed President Vučić and underlined that President Putin confirmed his arrival in Serbia in October for the opening of Saint Sava Temple which speaks of our good relations.
"Our economic cooperation is sound; in the first three months, despite the coronavirus, we had an increase in our trade exchange of seven per cent year-on-year, which is virtually unimaginable. We also talked about what else we can do within our economic cooperation and a large project carried out by Russian railways in our country, but also about new opportunities for cooperation in the future," said the President. He added that they also discussed military-technical cooperation between the two countries, as well as the construction of the pipeline and timeframe of the first gas flow through Serbia.
"There are issues you can never talk about publicly, but I expect further strengthening of trust and even better cooperation in the future. I am grateful to Putin for his kind words and warm hospitality," said President Vučić and conveyed that President Putin had expressed open congratulations on, as he said, convincing victory in the elections. 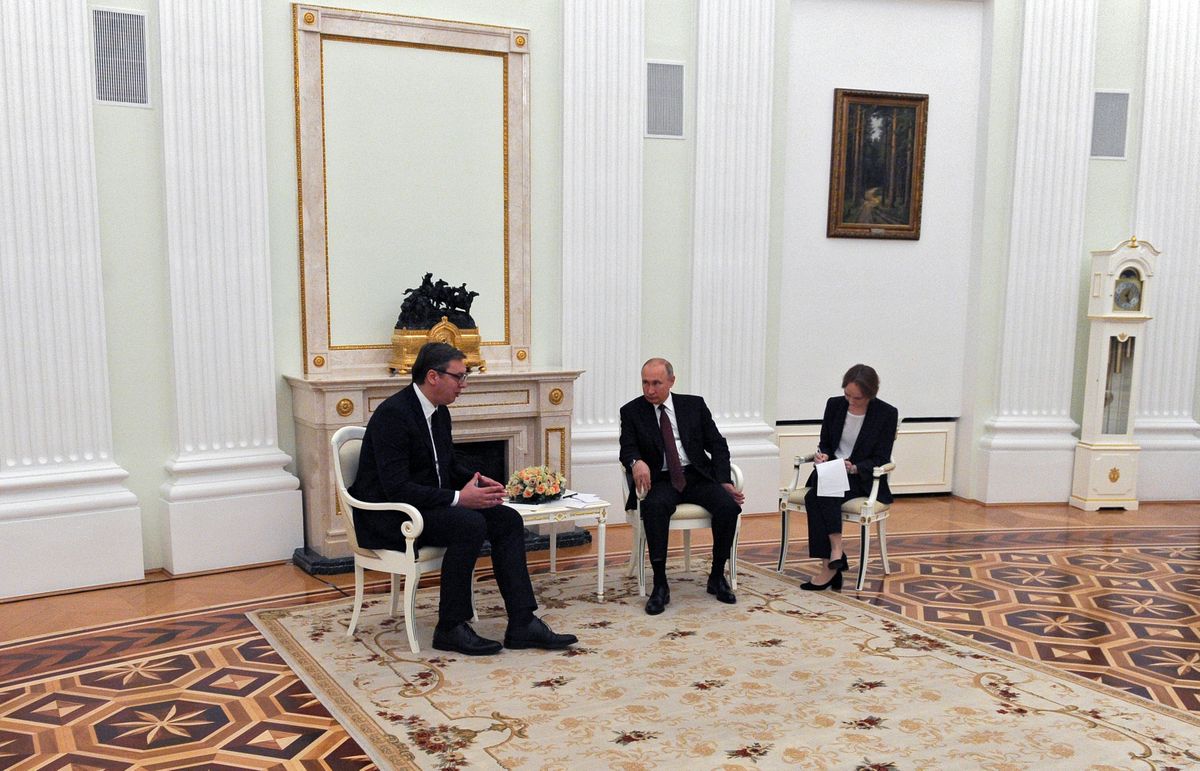 Photo: Press-service of the President of the Russian Federation

The President noted that tomorrow, at the Military Parade marking the 75th anniversary of the victory over fascism in the Second World War which he will attend, members of the Serbian Army will also take part.
"We will be proud when the lads with the Serbian flag march in Moscow," he said and stressed that the Serbian people, in proportion to the number of its population, are the fifth or sixth nation in the world that suffered most during the war, and that we can be proud of that and not allow history to be falsified.
Share