President of the Republic of Serbia Aleksandar Vučić said today at a press conference that Serbia, in proportion to its strength and size, has invested the most in remedying the coronavirus epidemic consequences, and that therefore no negative growth can be expected at the annual level, which would imply that we would rank as the first in Europe. 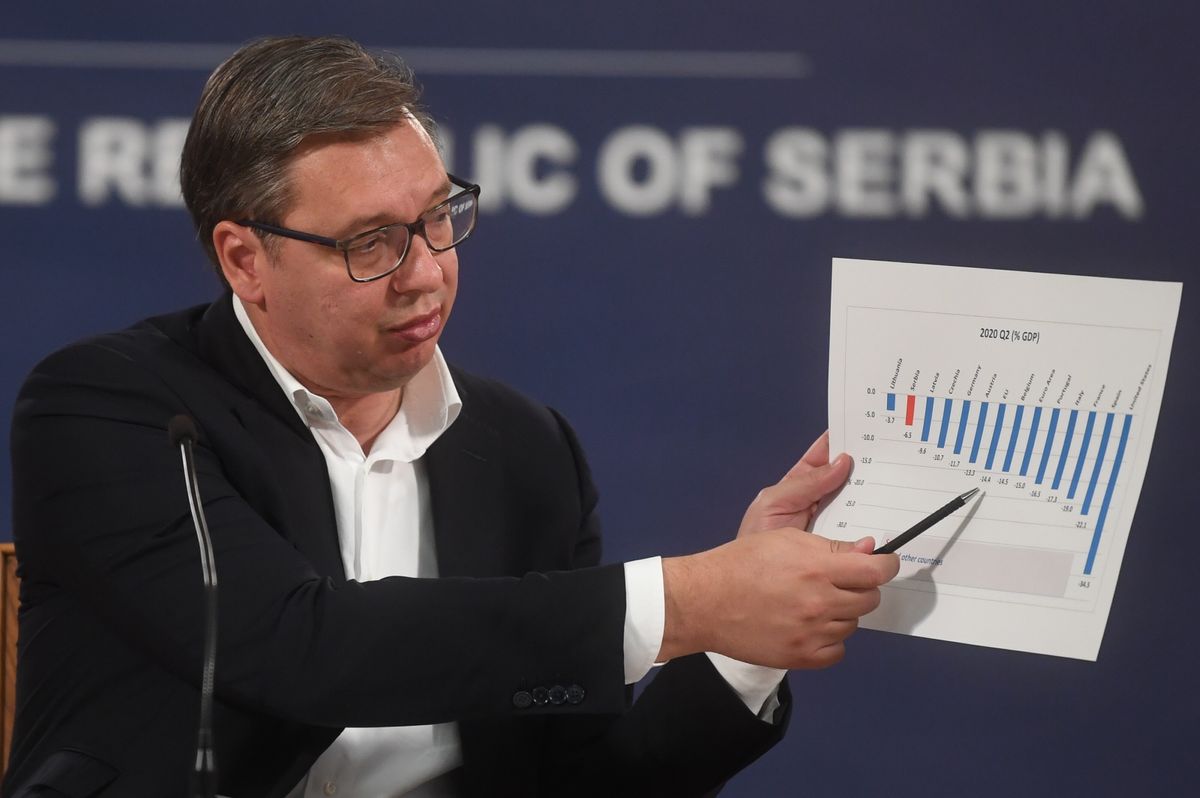 "The value of the aid package to the economy is 5.8 billion euros, and it is one of the largest that single country could have prepared. We are one of the countries that has invested the most in supporting the Covid-19 affected economy," said President Vučić.
He pointed out that we expect a lot from the EU support and the investment conference to be held in September or October, and noted that we could not compare with the EU countries for which 390 billion aid grants are planned, of which only 250 billion for Mediterranean countries.
President Vučić emphasised that we are satisfied with the results, as well as that new investments are being discussed with foreign and domestic partners.
He stated that growth of 2.3 per cent was marked in industry, but that the construction sector will have to grow even more active with investments in roads and railways.
"That is why we will invest additional funds in railways, corridors and regional routes so that we do not produce negative growth by the end of the year, which will be a huge success," the President pointed out. 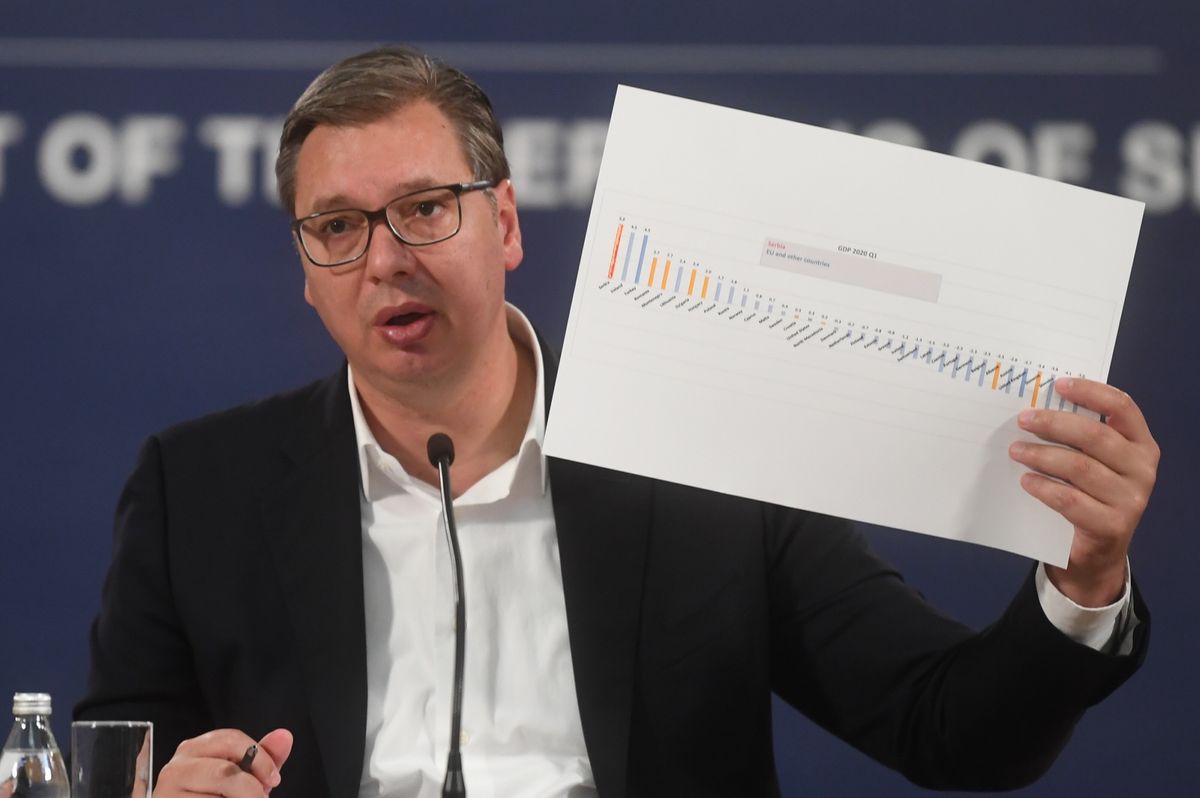 President Vučić noted that the state would pay 60 per cent of the minimum wage today for 235,372 business entities that employ 1,016,535 people, and announced that another tranche would be paid in September.
According to him, the additional value of this package is that it also applies to 13,550 new companies established since March.
"We do not have a decreased number of employees, both according to the NES records and according to what we see through the payments we give, but we rather have a slight increase in the number of employees," said President Vučić.
Speaking of agriculture, President Vučić estimated that agriculture had marked growth of two per cent in the second quarter, which is an exceptional result, and noted that agriculture participates with about 10 per cent in GDP.
President Vučić pointed out that the situation in the country with the coronavirus epidemic is more favourable, but also warned that this does not mean that we should relax.
"Today, the situation is more favourable than it was 10 or 15 days ago, but it is time to be even more responsible and serious in the fight against this vicious epidemic. It is essential for us to take care of our doctors and nurses and to act responsibly," said President Vučić. 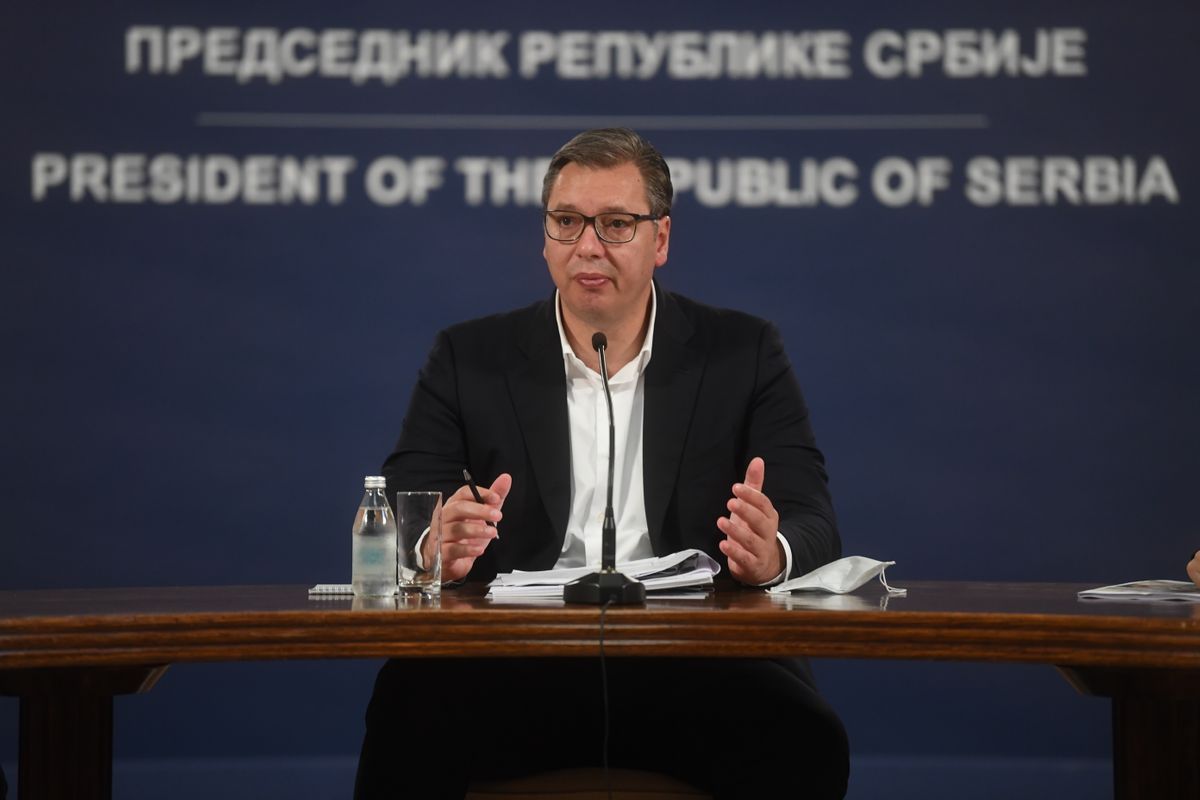 President Vučić announced the construction of new COVID hospitals, emphasising that works on the new COVID hospital in Kruševac will begin on Monday.
"It is important for expanding the capacity for the autumn when the crossing of the coronavirus and flu is expected," said President Vučić, adding that other patients must be taken into account at the same time and that all urgent cases were received during this period.
President Vučić announced new investments in health care, emphasising that in ten days the renovation and substantial investment in four hospitals in Serbia will start - Vranje, Pirot, Kikinda, Ćuprija, and that the works on the Infectious Diseases Clinic at CCS will continue promptly, but also that hospitals will be built in Aranđelovac, Smederevska Palanka, Prokuplje, Loznica.
The President pointed out that in less than a year the Clinical Center of Serbia in Belgrade will be completed, and that the reconstruction of CC Vojvodina in Novi Sad will start soon, as well as CHC Bežanijska kosa, where two additional oncology blocks will be built, with two new linear accelerators for air therapy.
President Vučić especially thanked the doctors for the strive they showed during the coronavirus epidemic and noted that it is crucial to take care of doctors and nurses and that a way needs to be found for one part of them to get a vacation to be prepared for autumn.
"I congratulate our health system and doctors. Thank you very much, and there is no such strong applause tat would suffice for what they deserve and what they have done for our country and our people," said President Vučić.
The press conference was also attended by the Minister of Agriculture, Forestry and Water Management Branislav Nedimović and the Minister of Health Zlatibor Lončar. 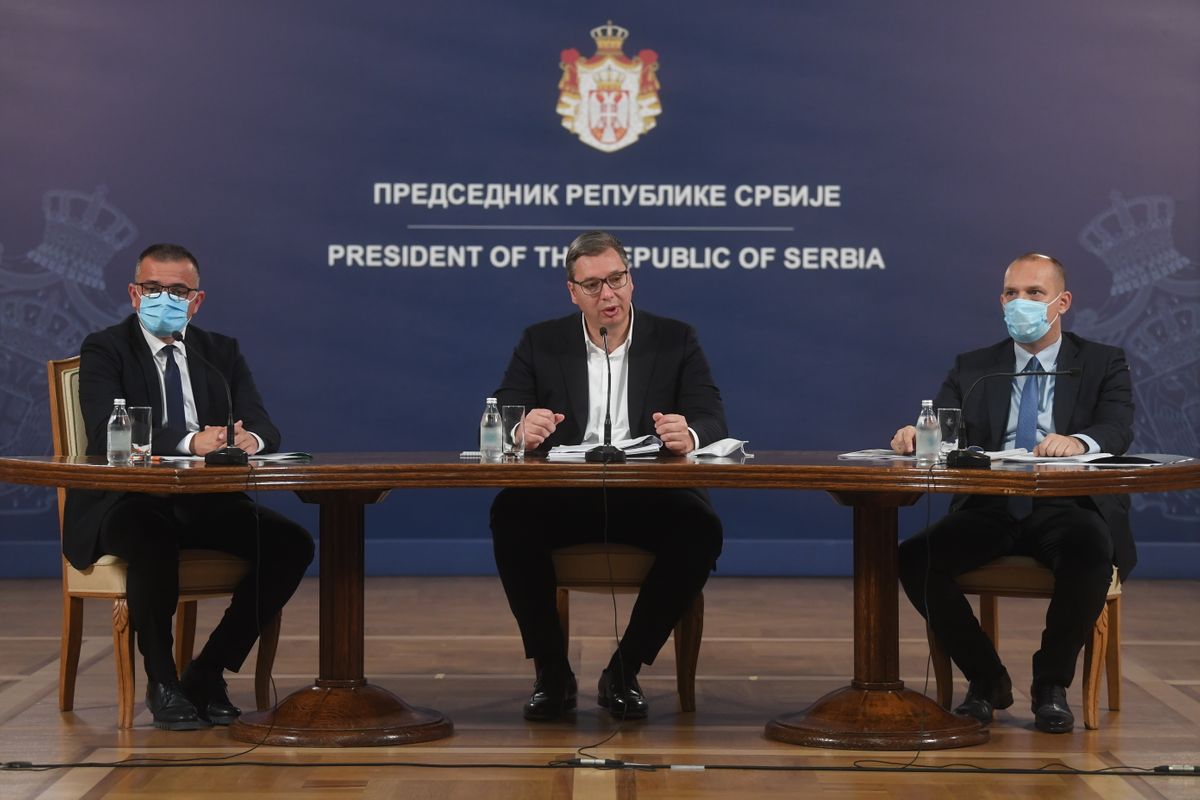