President of the Republic of Serbia Aleksandar Vučić addressed the public on the occasion of yesterday's continuation of the dialogue in Brussels and announced that a session of the National Assembly of Serbia would be held on June 22, at which he would speak in detail on every issue of key importance for the situation in Kosovo and Metohija, plans and ideas of Serbia, but also about the actual situation we are facing in the international community. 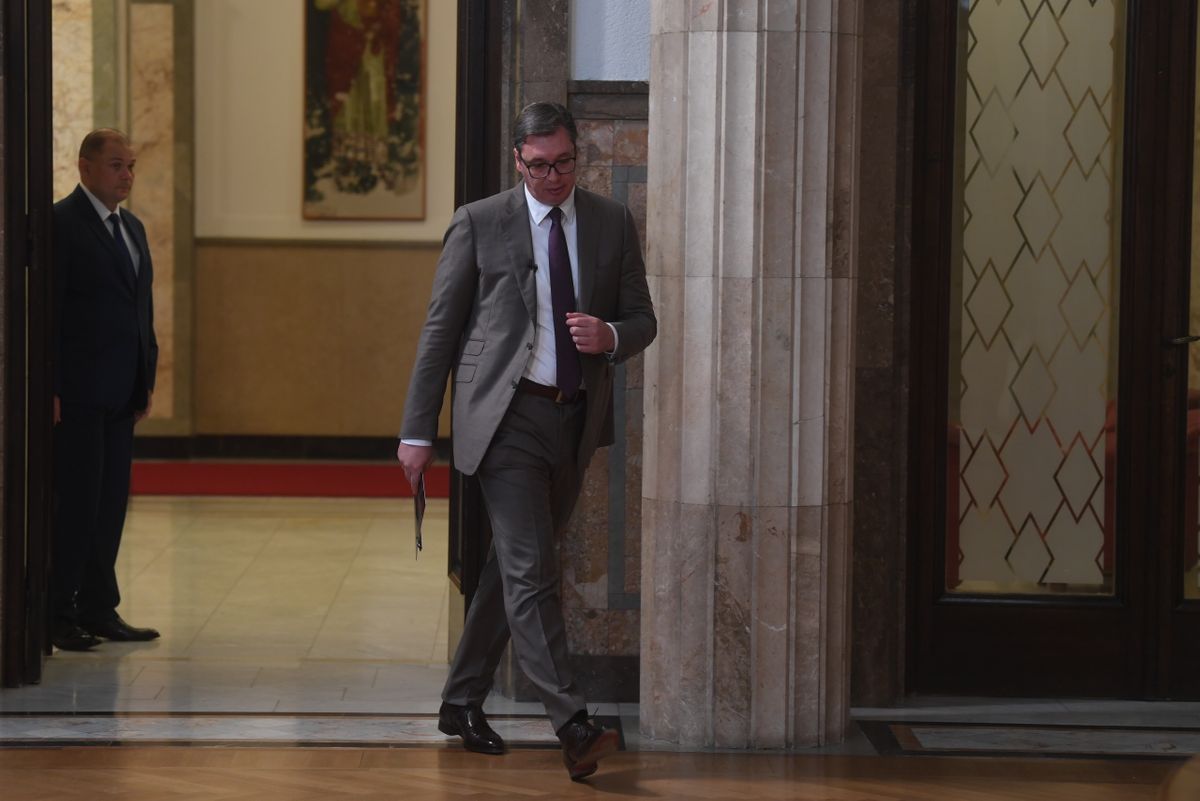 "The EU facilitated dialogue between Belgrade and Priština has continued and that has been the strangest phase so far. Everything they did, asked for, said - actually meant 'we want to avoid the dialogue and talks'. We really want to reach every kind of agreement because it is a civilisational achievement. We insisted on peace, on stabilisation of the situation, while the Albanian side reacted very irresponsibly, insisting on recognition," said President Vučić and added that only one topic was discussed seriously, briefly, and that was the topic of the missing persons.
"We want to reach every kind of agreement on this issue, to show people that we do not want to hide anyone, and at the same time we manage to get the Priština side to allow us and international institutions access to certain places in Kosovo and Metohija so we can carry out certain excavations", stated President Vučić. He said he feared that Priština's lack of constructiveness could lead to an escalation of the situation in Kosovo and Metohija, and called on the international community to ensure that no incidents occur or anything that could jeopardise peace or stability in the entire region. 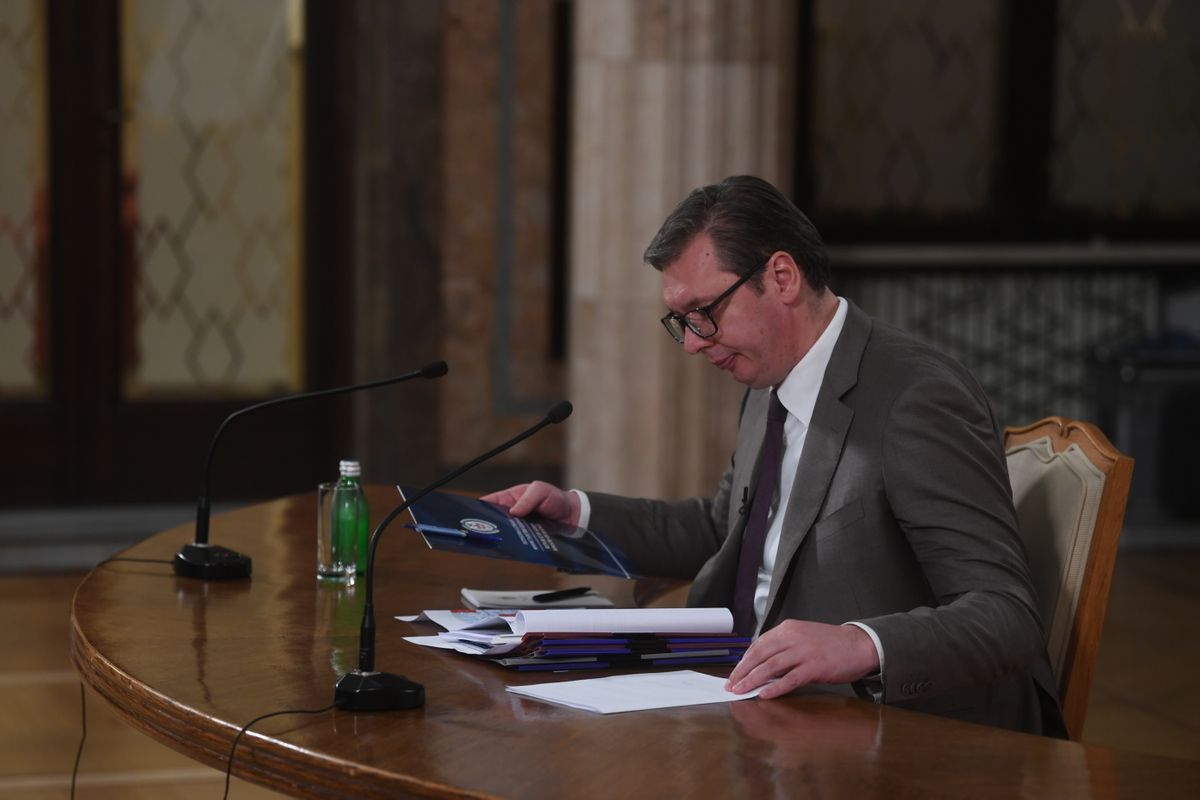 "It is important that we talked in any way because it is always better than when you are not talking. The most important thing is that we show determination to continue the dialogue and that we will always try to solve everything by talking. I want to believe that it is possible. I am proud of the behaviour of our delegation and of the great fighting spirit and professionalism," said President Vučić and announced talks with representatives of Serbs from Kosovo and Metohija on all important issues concerning their survival.
President Vučić pointed out the lack of seriousness of the Albanian side during yesterday's talks in Brussels, which asked four questions, and the first was to ask for the recognition of Kosovo. He pointed out that Serbia is an independent country and that it has a different attitude towards Kosovo if compared with the United States, and that this attitude, regarding the southern Serbian province, does not change.
President Vučić also conveyed the second proposal of the Priština side, and that is the proposal of the declaration of peace, which can only be made by sovereign and independent states. 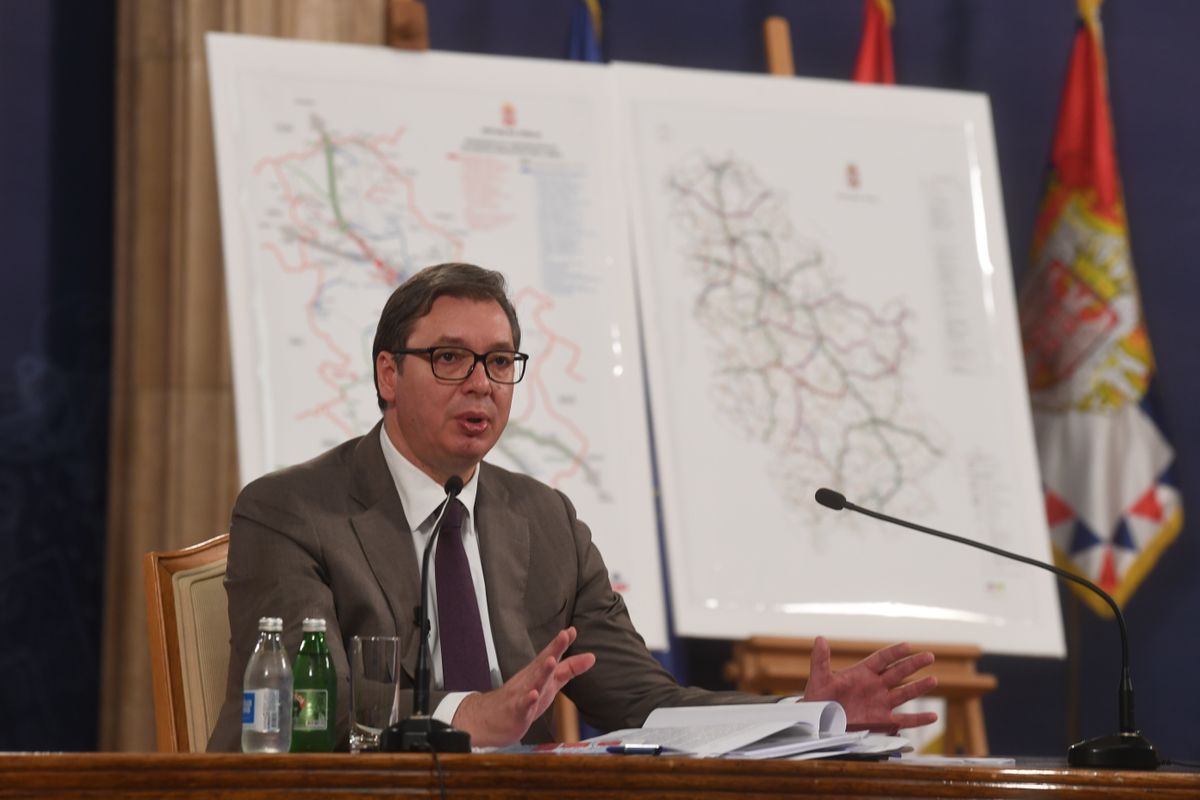 "They tried to use the word peace in every way, and we insisted on it, but also to push through the story of independence, which was clear to the European representatives who reacted adequately," said President Vučić, adding that one of the demands of the Priština side was that CEFTA would no longer be CEFTA, but SEFTA, and explained that they sought a new agreement in which Kosovo would be included as a recognised state by Serbia, and not the agreement we have, where Kosovo is indicated with an asterisk. He assessed it as unbelievable that they constantly refused to fulfil what had already been agreed including the formation of the Community of Serb Municipalities.
"I don't know what to tell you. To be honest, I think the length of the talks also speaks to the results. It was agreed to continue the dialogue by the end of July, and I hope that this is one important thing that could guarantee the preservation of peace and stability. It would be superfluous to comment on everything else", concluded President Vučić and emphasised that the most important thing for us now is to focus on further economic development and progress of our country, because only that will enable us to preserve stability. 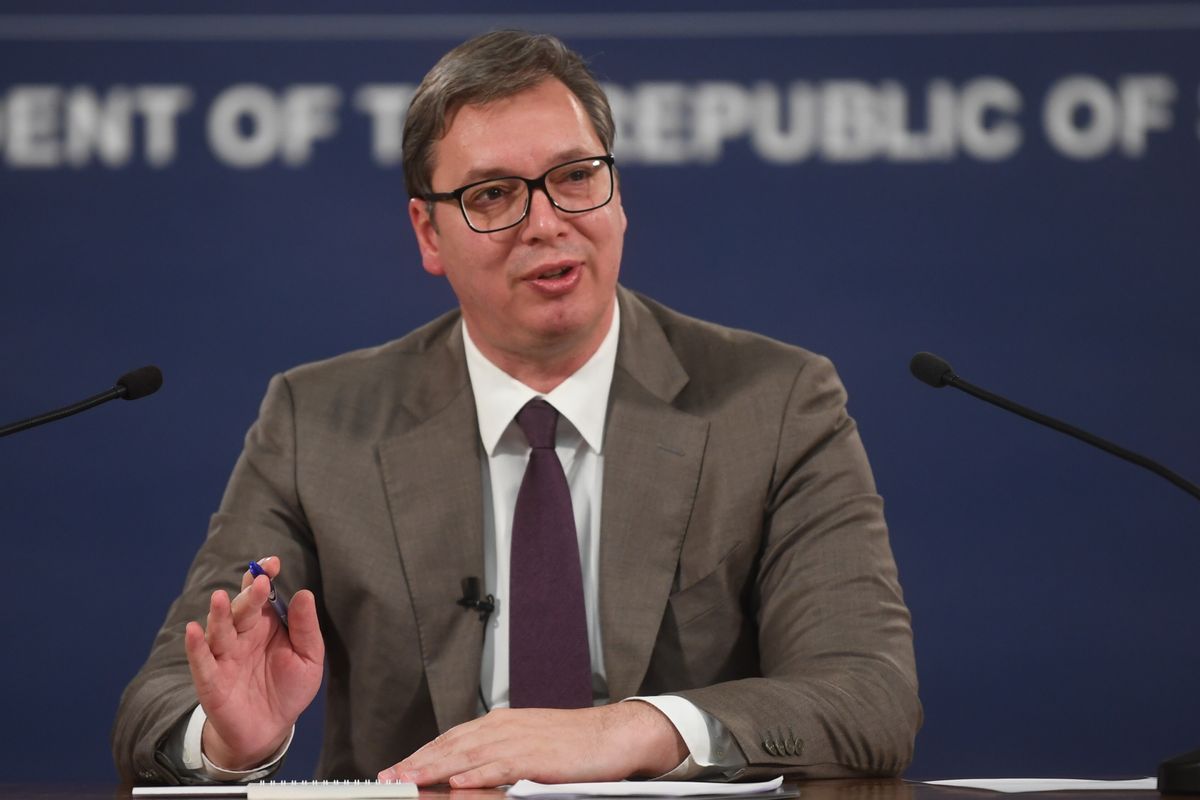 "In the first five months, foreign direct investments amounted to one billion and 413 million euros, 12.7 per cent more than in the same period last year," said President Vučić, adding that Serbia ranks third in Europe in terms of growth rate, ranking right behind Luxembourg and Estonia. He expressed the expectation that in the second quarter, the growth will be the highest, between 12 and 16 per cent.
"I expect a huge jump, as much as seven per cent at the annual level, which would mean drastically higher pensions and salaries," President Vučić pointed out.
Belgrade,
16th June 2021
Share