President of the Republic of Serbia Aleksandar Vučić addressed the public today on the occasion of the continuation of the dialogue between Belgrade and Priština, plans for suppressing the COVID-19 consequences and policies for the further economic growth of Serbia.

President Vučić said that in the dialogue between Belgrade and Priština, Serbia would try to preserve the position of a trustworthy partner and negotiator, but also be firm in rejecting something that is not a compromise but pressure on Serbia. He added that he was surprised by the statement of the Prime Minister of Kosovo, Avdulah Hoti, that a final agreement had been written in Brussels, which no one denied.
"We do not know anything about that, we know that we want to negotiate on the topics on the agenda, we want to talk about fulfilling what was signed in April 2013, and that is the Community of Serb Municipalities. We are not interested in what is in compliance with the Kosovo Constitution and what is not. We want serious, specific talks, but if someone thinks that we should recognise Kosovo and get nothing, that is the wrong path that will not take us anywhere," said President Vučić, emphasising that the essence of Serbia's policy is preserving peace and stability for all our citizens, as well as for the entire region where we live. 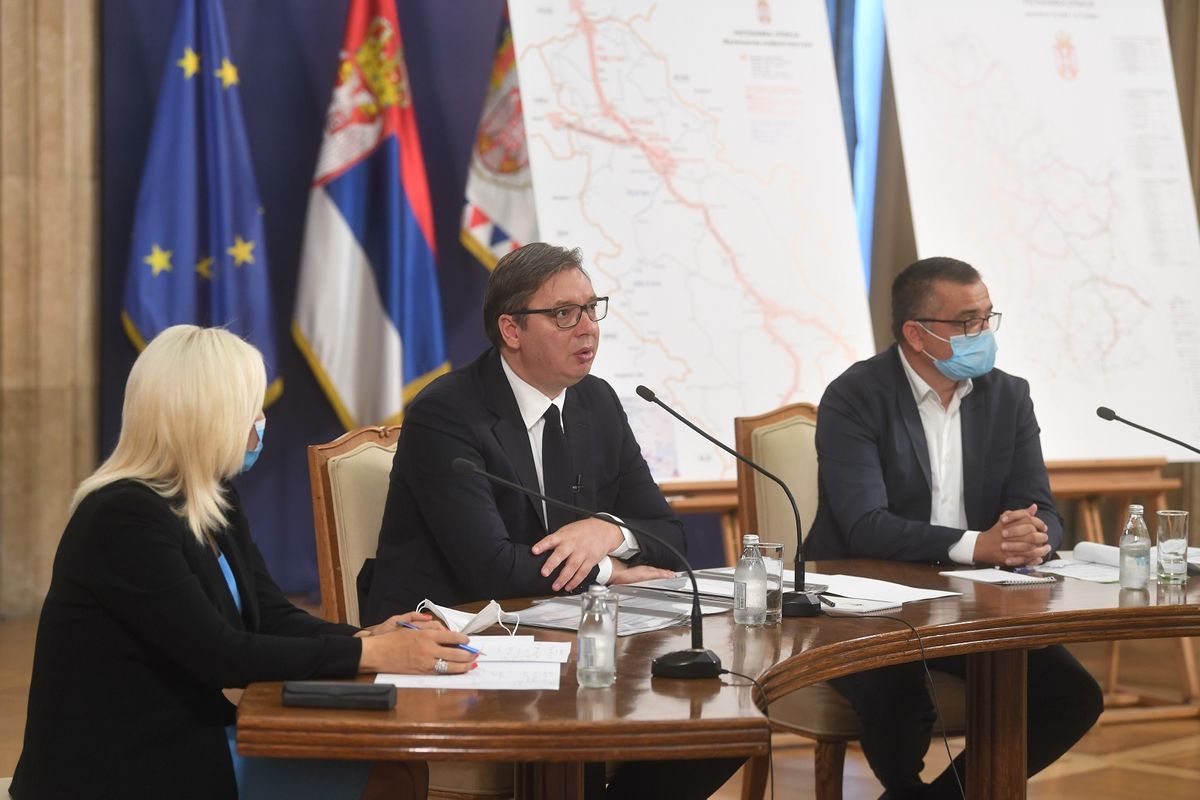 "Following that, we have accepted to take essential approach in the dialogue on our relations with Priština and under the auspices of the European Union, on how we could solve the centuries-old problems that we have in the best interest of both Serbs and Albanians. For these reasons our delegation - headed by Marko Đurić, prepared for the talks on economic issues, internally displaced and missing persons. We will be ready to take further steps to open our archives, we will ask the KLA to open its archives because we believe that it is important that the families of the missing persons get their satisfaction, justice and to know where their children, parents and brothers are," said President Vučić. He added it is crucial for Serbia that a small number of people who want to return to their homes - can return, and pointed out that the return of internally displaced persons to Kosovo and Metohija remains the lowest in the world as merely 1.9 per cent returned.
President Vučić emphasised that Serbia is interested in economic cooperation with Priština and that we aspire to find a way for the free flow of people, goods and capital. He pointed out that the conclusions from yesterday's meeting organised by the Atlantic Council represent the basis of future policy in the entire region and that these conclusions are placed in three key points: implementation of four EU freedoms - the movement of people, goods, services and capital; the second is the projects, and the third is the monitoring of all agreements and projects implementation. 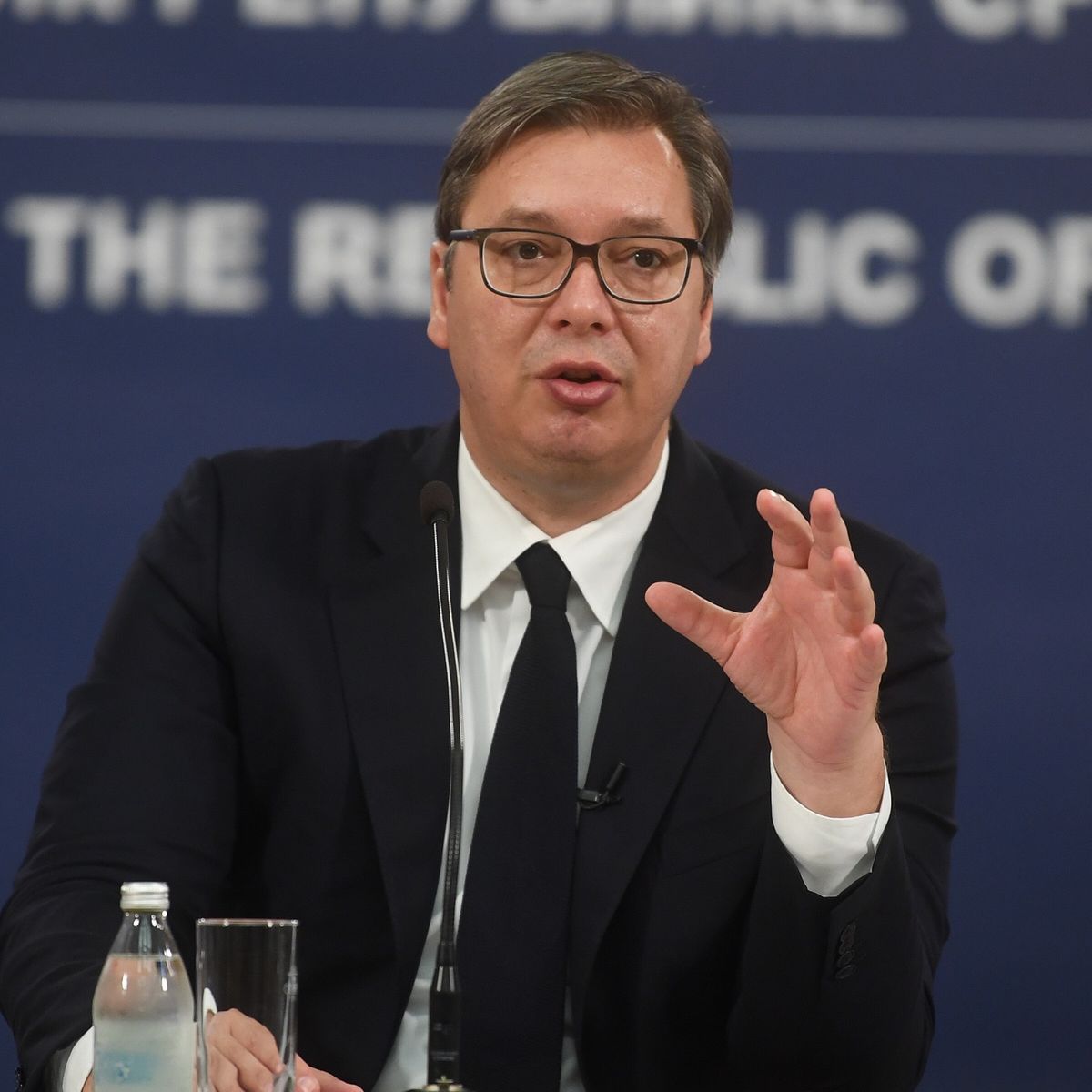 President Vučić stated that due to waiting at the borders and administrative crossings, we lose 26 million hours, which makes a total of seven per cent of the total operating costs we have.
"According to an estimate of the World Bank, if we could implement all these principles, we could save more than 3.5 billion. Note that half of that money goes to Serbia, as Serbia holds 45% of the region's GDP and is the largest exporter in the region, and holds 60 per cent on foreign direct investment," explained President Vučić. He added that Serbia's economic growth for the second quarter of 2020 would be one of the highest, not only at the European level.
"In June 2020, the industry marked year-on-year increase by 2.6 per cent, which is a small miracle and an incredible result," said President Vučić, adding that expectations are that Serbia will not have a double-digit decline in growth due to the coronavirus and the consequences of the pandemic, at a time when 90 per cent of European countries will have a drop of minus 12 or minus 14 per cent.
"We estimate that we will have minus 9.9 per cent, but today I can tell you that it will be better than that and I expect growth by the end of the year when the vaccine becomes available in December," said President Vučić and added that he was convinced Serbia will be the best in Europe with growth at about zero. He announced we would have to deal additionally with the mining and electric power sectors, to see what can be done in the coming period to achieve significant results as in other areas of the economy. 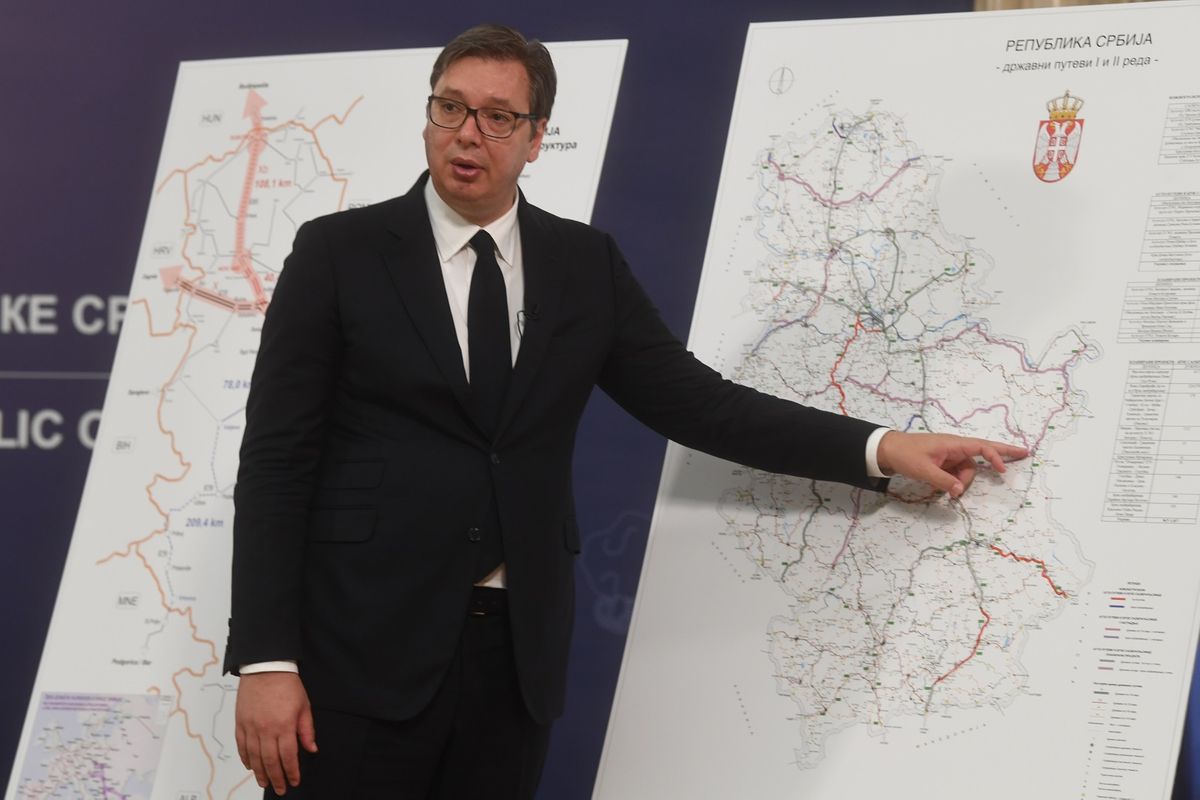 President Vučić stated that a decision is being made today on the Vožd Karađorđe highway project, one of the highways that will connect the central part of Šumadija region with eastern Serbia. He stated that works are currently underway on three highways in Serbia - the Morava Corridor, Ruma-Šabac and Kuzmin-Sremska Rača, and added that in the coming period Serbia would work intensively on large infrastructure projects, roads, reconstruction of the railway network, as well as sewerage networks.
President Vučić said that there are currently as many as 61,303 construction sites in Serbia, which is 16,000 more than last year, and pointed out that negotiations are underway with partners for the construction of the 240-kilometre Belgrade-Niš high-speed railway. He added that talks with European and Russian partners would be entered into for the construction of the Niš-Preševo railway because we must have a complete railway connection with North Macedonia. 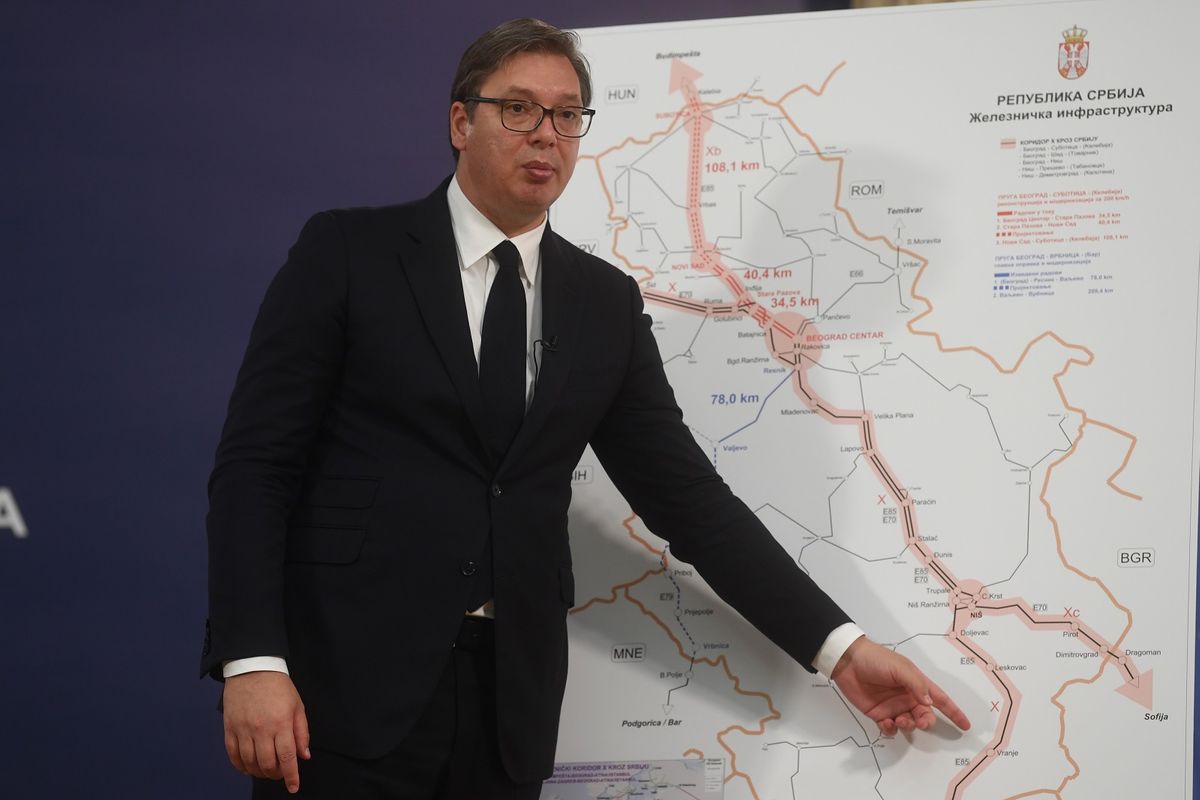 President Vučić stated that the Resnik-Valjevo railway was reconstructed, that there are another 201 kilometres to be done from Valjevo to Vrdnica and Montenegro, which will cost 450 million euros, and announced a contract for sewerage networks and wastewater treatment in Serbia.
"It is civilisational progress that only the most modern countries have and it should be completed in the next four years. We must return Serbia to normal so that we can support the survival of our economy. The results we will have will show how much more successful we are than others, thanks to the hard measures we have taken, which affected the economic life. The roads where we will invest much money are also essential for the people of Serbia - that is something that creates a different living standard, and that represents a different Serbia. These are the things that are important for us, and I am very satisfied with the measures we have adopted. Surrender is not an option; we will win! ", said President Vučić.
Belgrade,
30th July 2020
Share