President of the Republic of Serbia Aleksandar Vučić said tonight at the press conference held in the Palace of Serbia that today was the hardest day for Serbia, as 36 more people tested positive to the new virus, totalling 171 infected.

President Vučić stated that 11 or 12 patients were suffering from respiratory disease and were in serious condition and that the number of infected persons would increase daily unless Serbian citizens change their behaviour.
President Vučić emphasised that he has doctors' approval for all proposals and measures.

"It is very difficult for us to communicate this. We work day and night, we fight, but discipline is obviously not at a desirable level. That is why I ask people to understand," President Vučić appealed and announced that due to insufficient discipline and to preserve the health and lives of citizens, he would propose new measures to the Government of Serbia. Calling on citizens to understand the gravity and seriousness of the situation, he announced that additional restrictions on movement would be introduced if, despite all measures, the expected discipline was still lacking.
"I will suggest a curfew from 5 pm to 5 am as of tomorrow because obviously, we cannot be disciplined enough. I ask people to take this seriously because we need to be able to survive. In Italy, 627 people died yesterday, almost 300 in America today, 600 in France, 1,400 in Spain,” emphasised the Serbian President, announcing that the first shipment of assistance is coming from China tonight. He added that 200 portable respirators would arrive in Serbia on Tuesday or Wednesday, that Serbia will have 15 million protective masks sent to pharmacies on Thursday, and that everything is done to increase the production of masks in domestic facilities. 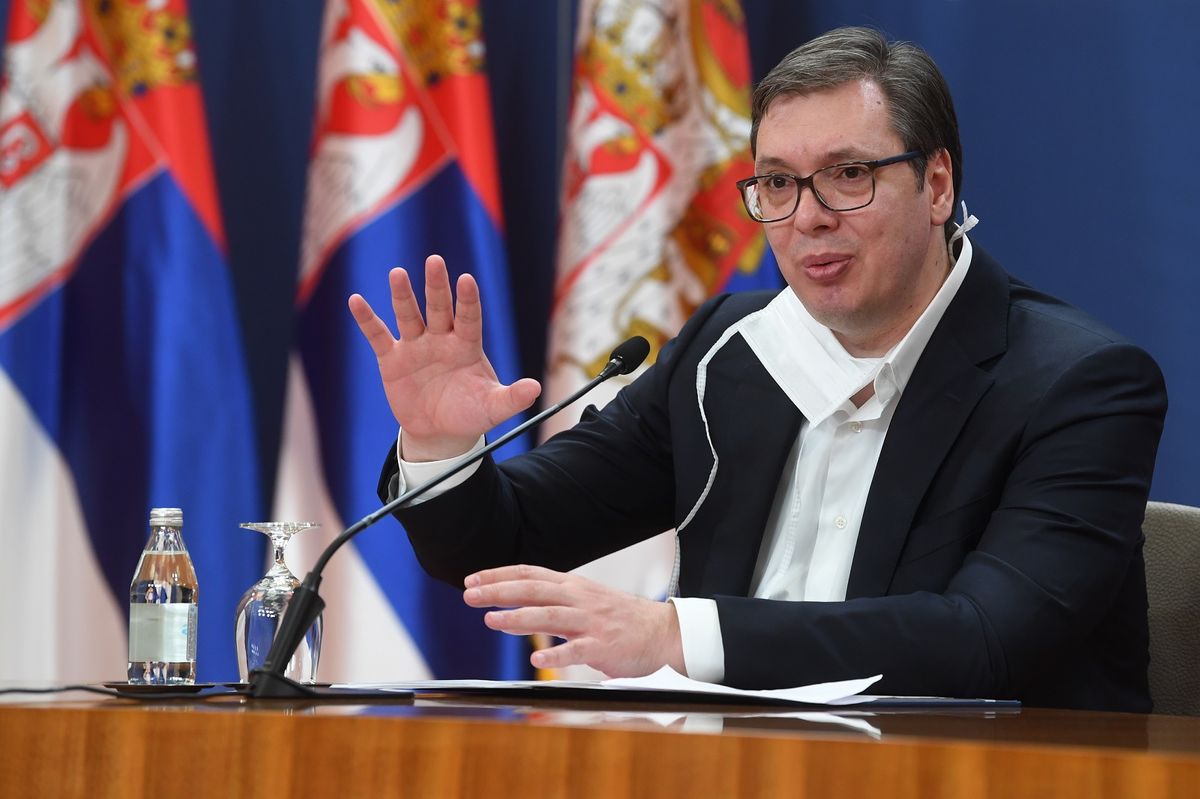 President Vučić said that in the meantime, sodium hypochlorite had been purchased for clinical centres, which is the best agent for hospital disinfection.
"Everything we can produce in Serbia, we strive to produce, and we will manage to do it," said President Vučić.
During the press conference, President Vučić repeatedly urged citizens to listen to expert advice and to comply with the Government measures and stay in their homes. He also stressed that we will do everything we can to help the region, but that we will first help Serbia, then everyone else.
President Vučić also appealed to business people and asked them not to lay off their workers.
"In Austria, 150,000 people have already lost their jobs, one million in France. Do not fire people because of seven or 15 days. We will help. I will not promise what we cannot do. Part of the losses will be taken by you and part will be taken by the state. Do not fire people," President Vučić said, reiterating that "surrender will never be an option."
Belgrade,
21st March 2020
Share