Address of President Vučić to the Public

President of the Republic of Serbia Aleksandar Vučić said earlier today in his address to the public and after the meeting with the member of the US Congress House of Representatives, Mr Eliot Engel, that the situation in the north of Kosovo and Metohija is ever more difficult and in political-security terms – very complex.

President Vučić said that most difficulties arise in the area of supplies caused by the Priština-imposed taxes of 100% against the goods from central Serbia. He pointed out that the introduction of 100% taxes practically banned the trading.

The President emphasized that the state of Serbia has been managing the ways to provide the supplies to the population in the north and that during that time Albanians seized 16 trucks with goods, that drivers were being detained, insulted, and maltreated.

President Vučić said there are three questions to be posted here: why Priština does what it does, what is the final objective of Priština and some from the West who support such actions, and what is it that Serbia can do.

The President said that Priština keeps trying to make the Serbs from the north of Kosovo and Metohija forget about central Serbia, to forget their Serbian language and to make the goods from Serbia unnecessary.

„I wish to express my admiration for our people in Kosovo and Metohija. The state will stand by their side and we will not let them be hungry. We ask Priština to enable a dignified and civilized way of life in the same manner as it is lived anywhere in the world, with the freedom of choice and the freedom of speech. Our people only seek to remain and persevere in their homes, and nothing more than that. The Serbian state will always stand by their side”, said President Vučić in his address to the public with respect to the situation in Kosovo and Metohija.

President Vučić also stated that the investigation of Oliver Ivanović’s murder is being seriously processed and that the Serbian side believes to be having the name of the murderer. 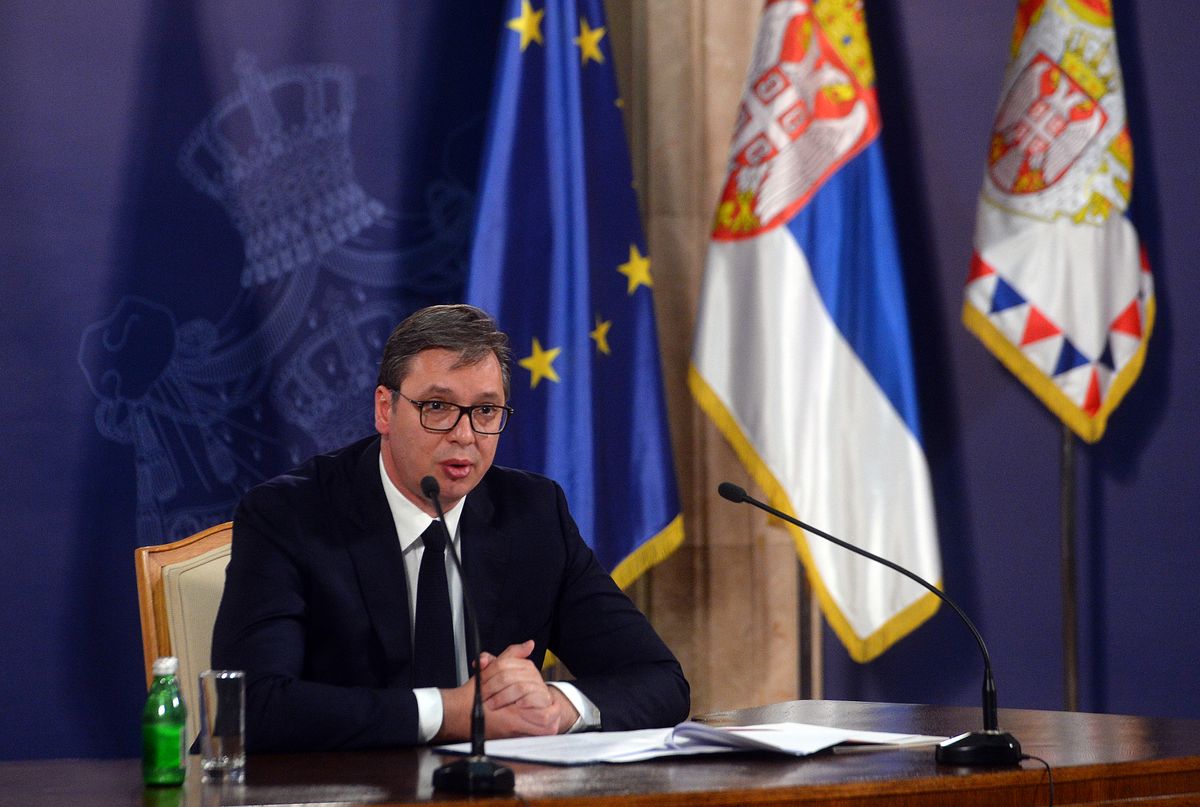 "We work seriously on this and we think that we have the name of the killer, of the perpetrator. The Albanians don’t. They keep conducting their political investigation with the sole desire to put the blame on Serbs for something”, said President Vučić.

President Vučić also said that everything is substantiated with photographs and further attempts will be made to obtain material evidence and then it will be presented to the public.

"We have a complete story on all that was going on and with what motives. We are convinced that we know who the perpetrator of the murder was. Due to various things such as lack of the DNA analysis, plastic cartridge clones and absence of some video materials, we are unable to possess the material evidence, but we will continue with our work. When we complete it, the relevant judicial authorities of Serbia will file criminal charges”, said President Vučić.

President Vučić said that the investigation will not stop until we reach the killers.

President Vučić also tackled the meeting he had earlier today with the member of the US Congress House of Representatives, Mr Eliot Engel. He pointed out that each of them – from their own perspectives but in a civilized and decent manner – exchanged their respective different standpoints and opinions, and stated that it is important to maintain the contact with the US House Committee on Foreign Affairs.

„The positions differ with respect to our standpoints regarding Kosovo and Metohija. He is one of the most important proponents of Kosovo independence. The talks were conventional, we indicated all the things of importance and how critical it is to continue the dialogue as it is vital for good Serbian-Albanian relations, for stability in the entire region, and I hope that his messages in Priština will contribute to the accelerated provision of conditions aimed at continuation of the dialogue”, said President Vučić.

President Vučić added that other topics were also discussed – from the case of the Bytyqi brothers to the NATO aggression, and that Engel told him that the fact he was a great friend of Albanians does not mean he would not like to be the friend of Serbs as well.