Describing the complicated situation with the coronavirus epidemic, President Vučić pointed out that nearly all Belgrade hospitals were full and that almost 4,000 patients with confirmed or suspected COVID are currently hospitalised in Serbia.
"All Belgrade hospitals are almost full. There are 251 patients in CHC Zvezdara, 350 in CHC Zemun, 85 in Bežanijska Kosa, 74 in the Clinic for Infectious Diseases. Ten to twenty new patients keep arriving at our hospitals by the hour," said President Vučić and announced that as of tomorrow all public gatherings in Belgrade will be banned and that a curfew will be introduced from Friday until Monday. He added that all relevant notifications will be provided following the meeting of the Crisis Group. Speaking about the situation with the coronavirus, President Vučić said that today is the most difficult day in Serbia because 13 people died while 120 patients are put on mechanical ventilators. 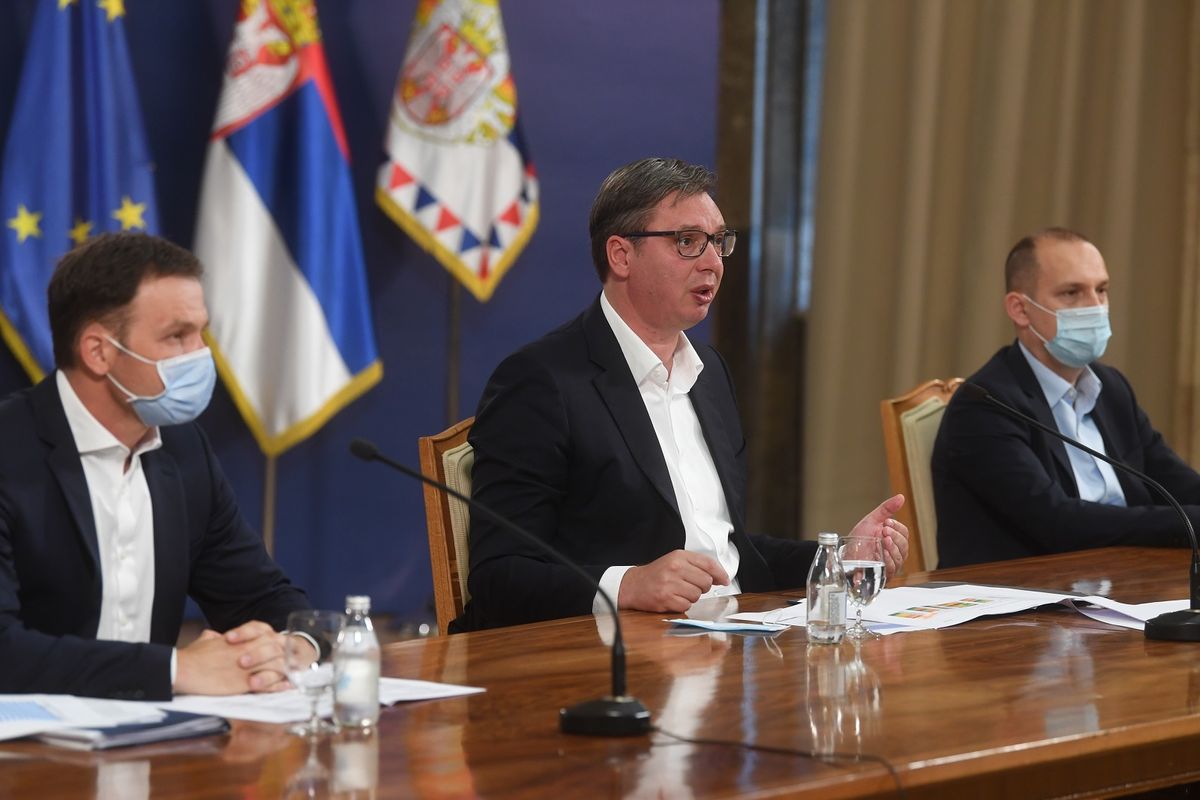 President Vučić stated that ten more respirators were sent to Novi Pazar today so that they now have a total of 33 ventilators at their disposal. He said that the situation in the General Hospital in Novi Pazar is better thanks to the medical staff who came from Kragujevac, Kruševac and Čačak, and announced that a group of medical workers from the Military Medical Academy would arrive in that city tomorrow.
President Vučić emphasised the importance of the Serbian Army members in that city, who established a field hospital, and reiterated that his mistake was that in those days when the situation in Novi Pazar was difficult, he was away on an official trip and did not have enough insight into the whole condition as would have sent the Army there without delay.
"The Army has brought calm in, and I am proud of the way the people in Novi Pazar, Tutin and Sjenica treat our Army. My order to the Army was to go there without weapons. The Army helps everyone, regardless of whether they are Bosniaks or Serbs," said President Vučić and thanked the physicians from Novi Pazar for the great work they had done, although they had endured substantial criticism. 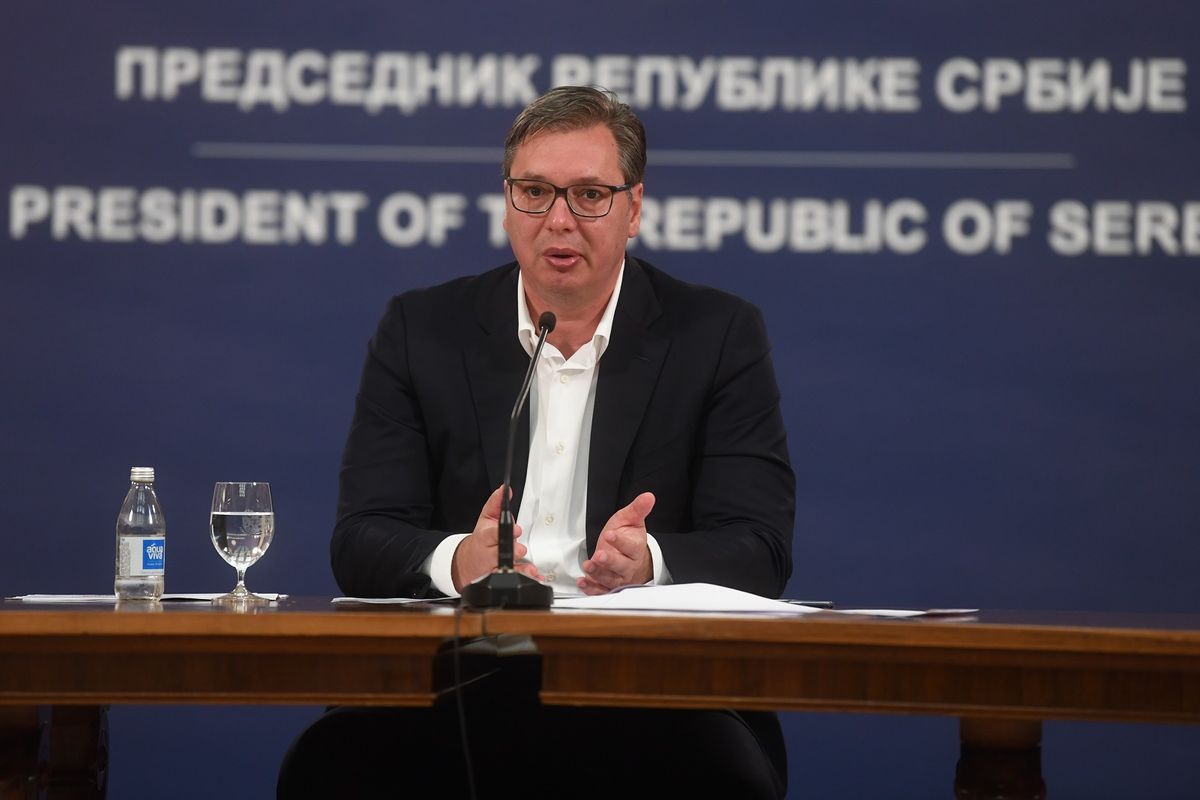 President Vučić emphasised that the state has built a lot in the past couple of years, that it timely reconstructed and renovated hospitals, prepared and procured medical equipment. He said that there is a lot of medical equipment in the warehouse in Krnješevci, but that it will not be worth anything if we behave irresponsibly.
"No one can withstand these figures, and we will have to fight with the strength of our will," said President Vučić. He added that the situation in the region and the world is more complicated than before, but that it is visible in our country because we do not hide the number of dead and infected.
"So far, we have tested 455,604 people, Albania tested 26,239, Bosnia and Herzegovina tested 102,715, Bulgaria 156,351, Croatia 85,997, Montenegro 20,596, Northern Macedonia 68,059, Slovenia 109,596," said President Vučić. He said that difficult autumn awaits us and that the most massive coronavirus wave is expected around 01st November. He warned that a disaster must be avoided in every way, i.e. convergence of the corona and the seasonal flu. 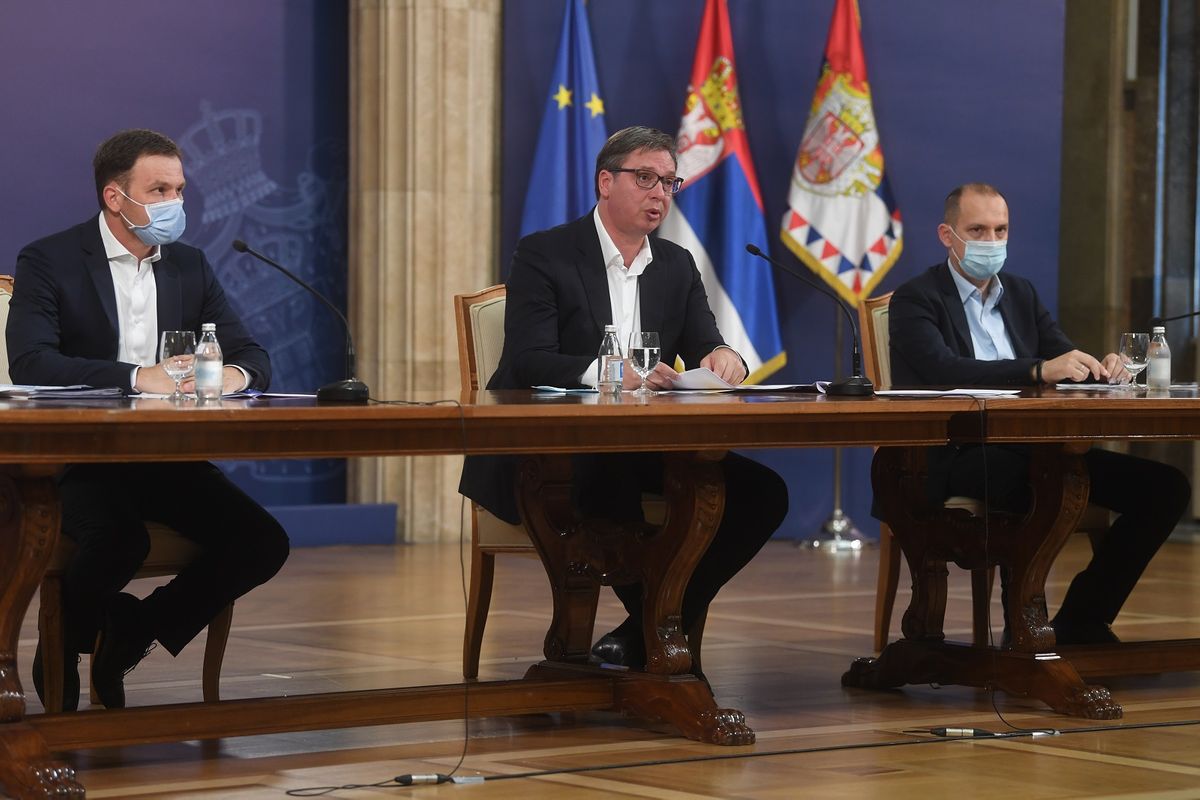 "A decision was made to build two large 'COVID' hospitals, one on the Batajnica Road with 800 to 1000 beds for complex and semi-complex patients, equipped with respirators that were purchased. The second will be in Kruševac, somewhat smaller, and will serve patients from the southern and central part of Serbia, while Belgrade will be admitting patients from the northern part of Šumadija, Mačva and the southern part of Vojvodina. Also, ten modular hospitals will be purchased, which are quickly assembled, disassembled and moved together with doctors. These hospitals will be spacious and most immaculate, equipped with respirators, scanners and all other necessities, and the efficiency of the state to act will be observed there. We will build two top-class hospitals within three months. We can do that, and we cannot do more than that," said President Vučić.
He expressed immense gratitude to the doctors, who - as he said - were the heroes of our time, people without fear and flaws, who fight, day after day, without a break. 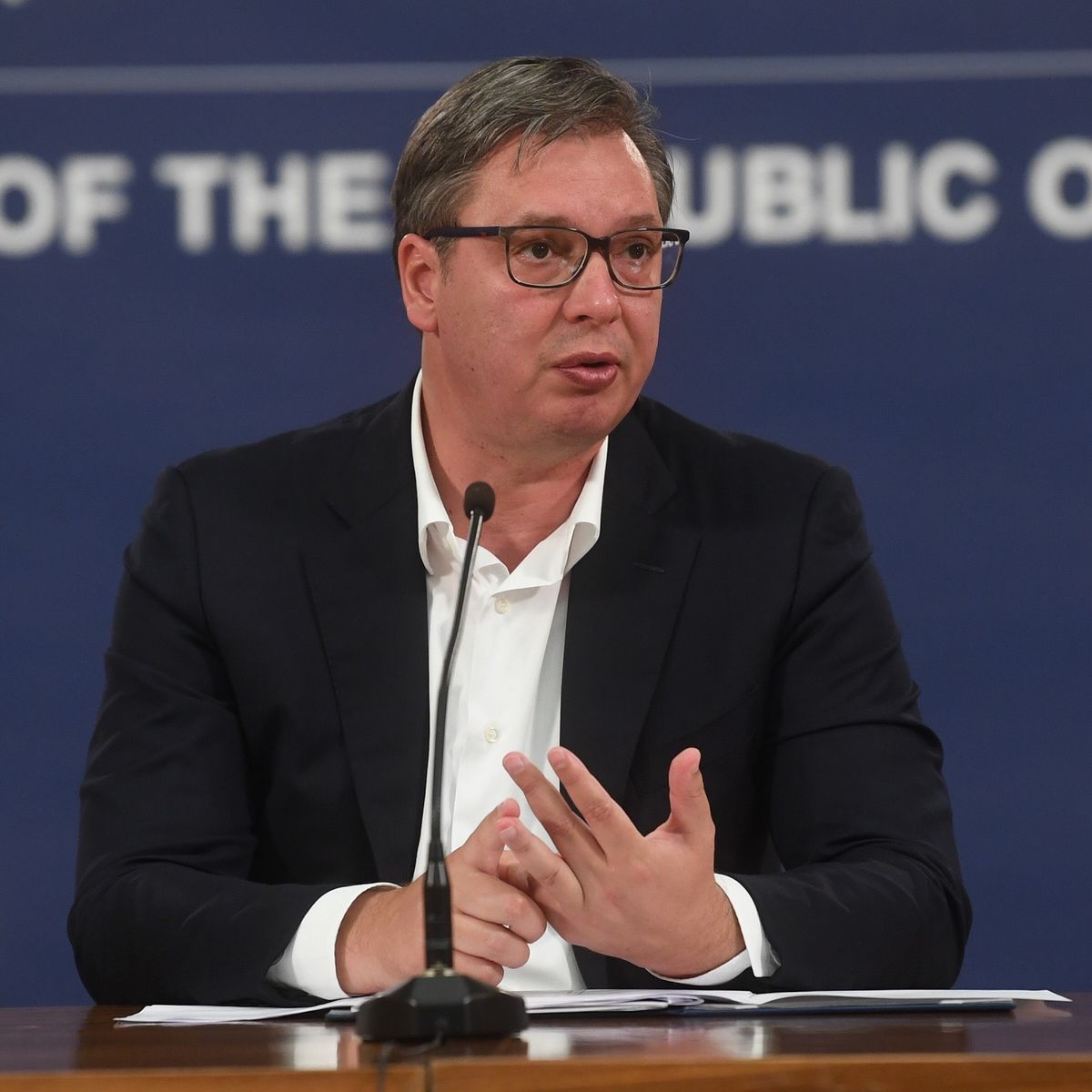 "A challenging summer and autumn await us on the issue of Kosovo and Metohija because no one will be kind towards us, no one will offer or give us anything, but they will pressure us so that we lose. That is why we need solidarity and unity so that we can be strong enough, rational and so that we understand our position in the world properly," said President Vučić, adding that the economy is equally important since the whole world expects a recession and rising unemployment.
President Vučić announced that consultations on the new government formation would begin on July 15 or 16, first with minority parties, and then with others.
"I expect the formation of the Government to be completed from 20th to 25th August, and I would not rule out that it would be earlier," said President Vučić.
Belgrade,
07th July 2020
Share