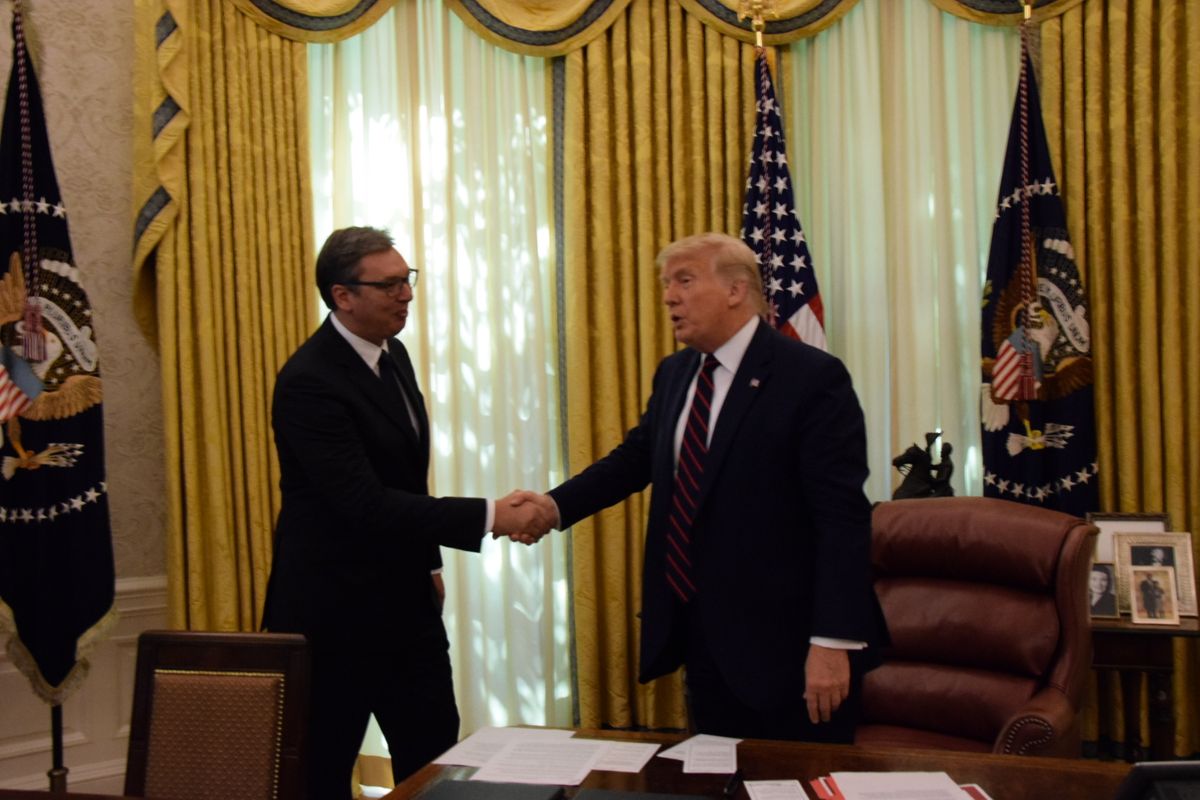 Following the meeting, President Vučić stated that he was greatly satisfied with what our delegation had achieved and pointed out that a bilateral agreement had been signed with the United States, and that President Trump had expressed a desire to visit Serbia.
"This is a good agreement for Serbia; it will sound triumphant if I say congratulations, but I am sincerely satisfied - and all members of the delegation as well - with what we have achieved. This is not a trilateral agreement. The difference is important. So, this is an agreement that Serbia made with the United States; a third party is not recognised as a subject of international law. This is extremely important for us, and I thank President Trump - especially for having a long bilateral meeting with the Serbian delegation," President Vučić told reporters after signing the agreement in the White House. He said that a huge step forward had been made. 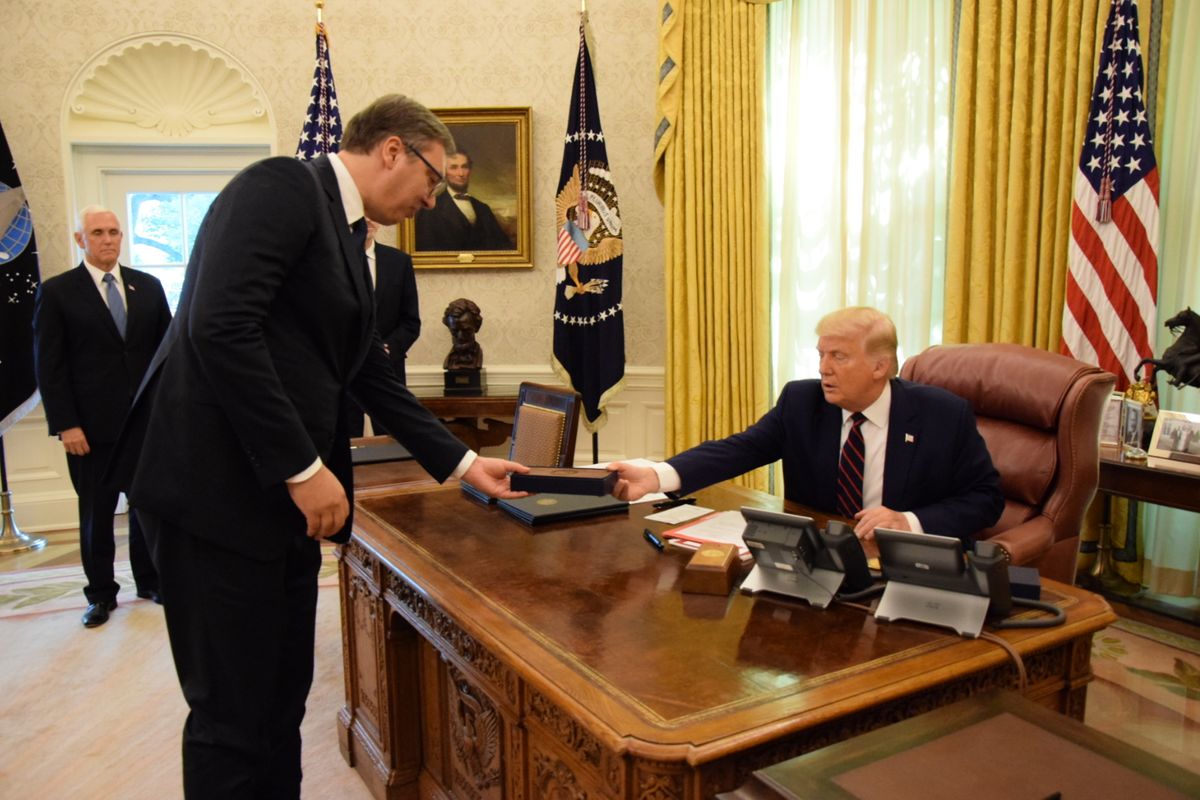 "Through this bilateral agreement, we are directly arranging relations with one of the two greatest world powers - to address economy, above all, and some political issues that are not extremely painful for our country," said President Vučić. He emphasised that the agreement envisages opening of the US Development Finance Corporation office in Belgrade, but that this will not happen for anyone else in the region.
"This will imply a strong signal to all credit agencies and investors, both American and Western European, to invest in our country," said President Vučić, adding that the United States will oversee important projects with us, such as the construction of the highway to Priština. He explained that the agreement also implies the construction of a railway, i.e. the railway connection of Priština with central Serbia and that the construction of the railway will go through Merdare, although there was an idea of Priština that the railway goes through the north of Kosovo so that Serbia has no control over the railway. 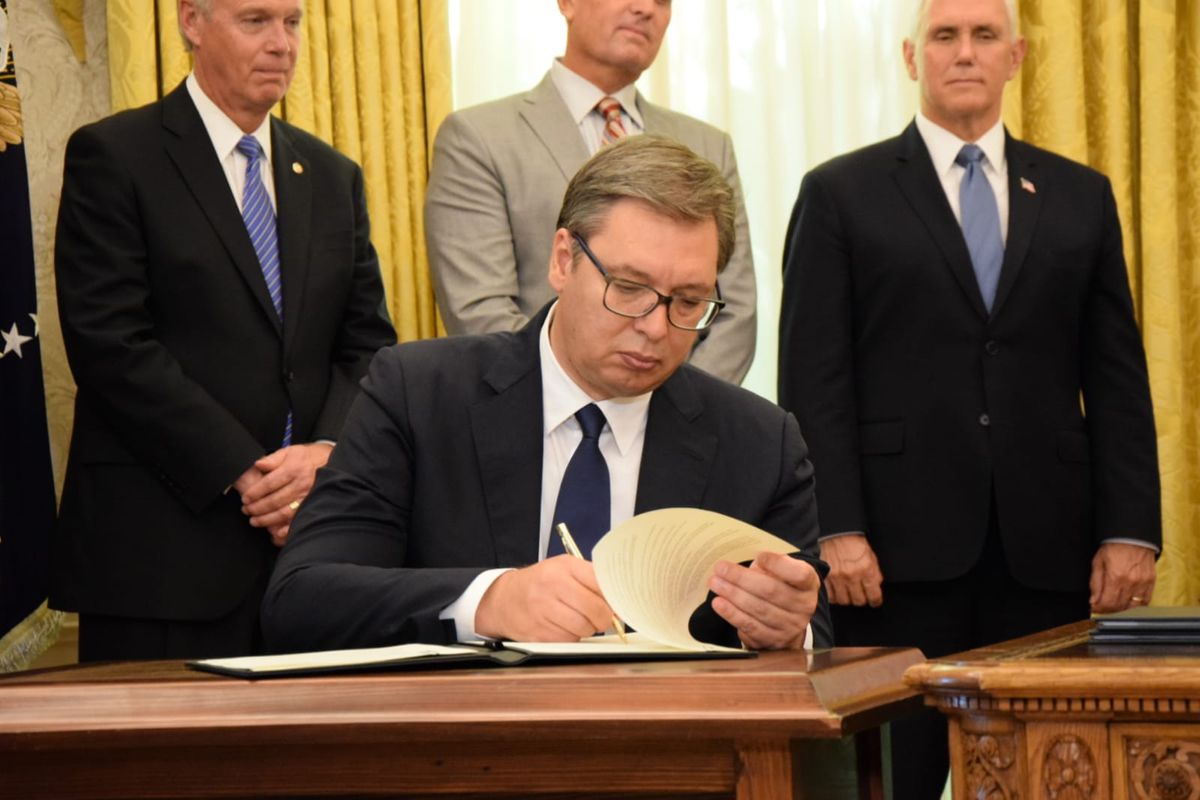 President Vučić said that the Serbian economy lost half a billion euros only because of the taxes and tariffs that were introduced, but that Priština representatives undertook to join the Mini Schengen, which is important not only for Serbs in Kosovo and Metohija but also for Serbia as we will thus obtain a single market and ensure a freer flow of people, capital and services. He added that Albanians did not want to recognise diplomas from Kosovska Mitrovica, as they wished to say that it belonged to theirs, and not to the system of Serbia.
"This will be important primarily for the labour force, which must have a free passage in the region so that what they studied will be recognised on the territory of the entire Mini Schengen and between Priština and Belgrade. We signed it several times, but there was no execution. Now we believe - since the Americans are monitoring it - that it will be complied with," said President Vučić. He said that the agreement states that the two sides agree to work together with the US Department of Energy and other US government bodies on a feasibility study that should share the energy resources of the Gazovode Lake.
"We do not have a kilowatt of electricity from Gazivode at this moment. In this way, we are only on the gain, to whatever extent we share," President Vučić explained, adding that Serbia insisted on that in the Brussels negotiations and will continue to do so.
"It is essential that the Americans prepare a feasibility study and that we can get part of the energy sources. So, it is about electricity and water. In our territory, Gazivode is a bit deeper, but mostly that water goes to Metohija and Priština, and less to the Serbian areas. We don't have electricity at all, so this is great for us, and it caused uneasiness in Priština," said President Vučić. He said that there was a big fight between us and the hosts over the call for recognition of Kosovo by Israel. 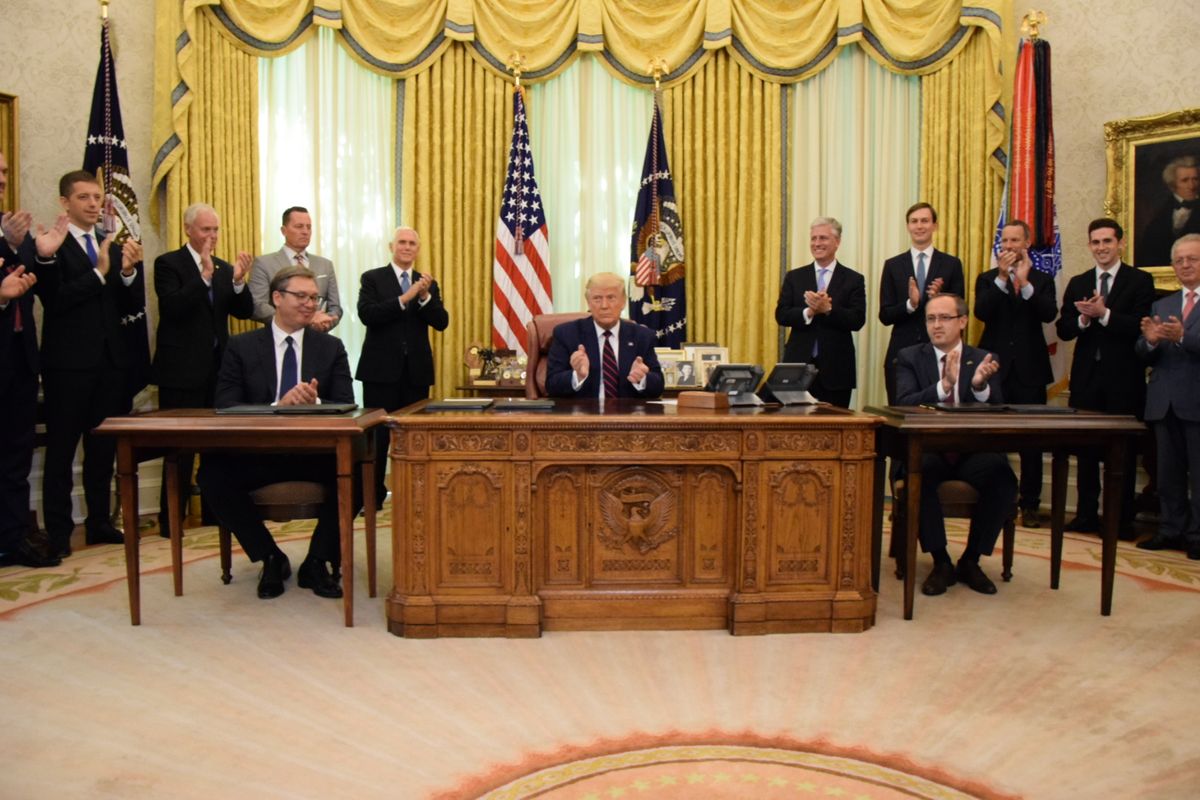 "They thought we should call on Israel to recognise Kosovo, and we said we couldn't because it undermines our policy. We said that if Israel and Priština agree on that - fine. We also told Israel that if they respect Serbia, then our country will move the embassy to Jerusalem," said President Vučić. He also stated that the agreement arranges for a moratorium on Priština's applications for membership in international organisations, as well as a recognition campaign led by Belgrade.
"We focused on getting the best out of our interests and not arguing over every issue," said President Vučić, adding that the agreement also included resolving the issue of missing persons, decriminalising homosexuality, which our country had done a long time ago, and condemning Hezbollah, which is the wish of the United States because they pursue such a policy.
"Serbia is our country, the most beautiful and the best for us. Today, US President Donald Trump boasted of an unemployment rate of 8.4 per cent, and in our country, it is 7.3 per cent. That shows how we are progressing and that we can catch up with and overtake those who have been ahead of us for decades," concluded President Vučić and reiterated that the Serbian delegation has important economic talks behind it and that difficult talks in Brussels will follow. He thanked the citizens of Serbia for their support and for believing in their delegation.
Washington, 4th September 2020
Share