President of the Republic of Serbia Aleksandar Vučić attended today the ceremony on the occasion of the "Deep Refining" plant commissioning. The plant signifies a vital project of the second modernisation phase of the Pančevo Oil Refinery and pointed out that Serbia today received one of the modern refineries in the region.

"This is a great day for Serbia and a confirmation of our joint efficiency, good work and good results. This is important for us because it will significantly improve the position of NIS. Everything here is done in the most advanced way, and one of the most modern plants is built. Nothing in the area of the former Yugoslavia can be compared to what we have in Pančevo", said President Vučić.
President Vučić pointed out that special attention was paid to the environmental protection, which was set in the first place, so there will be significantly less dust and harmful particles and as much as 98 per cent less sulfur dioxide and sulfur compounds than has been the case so far. 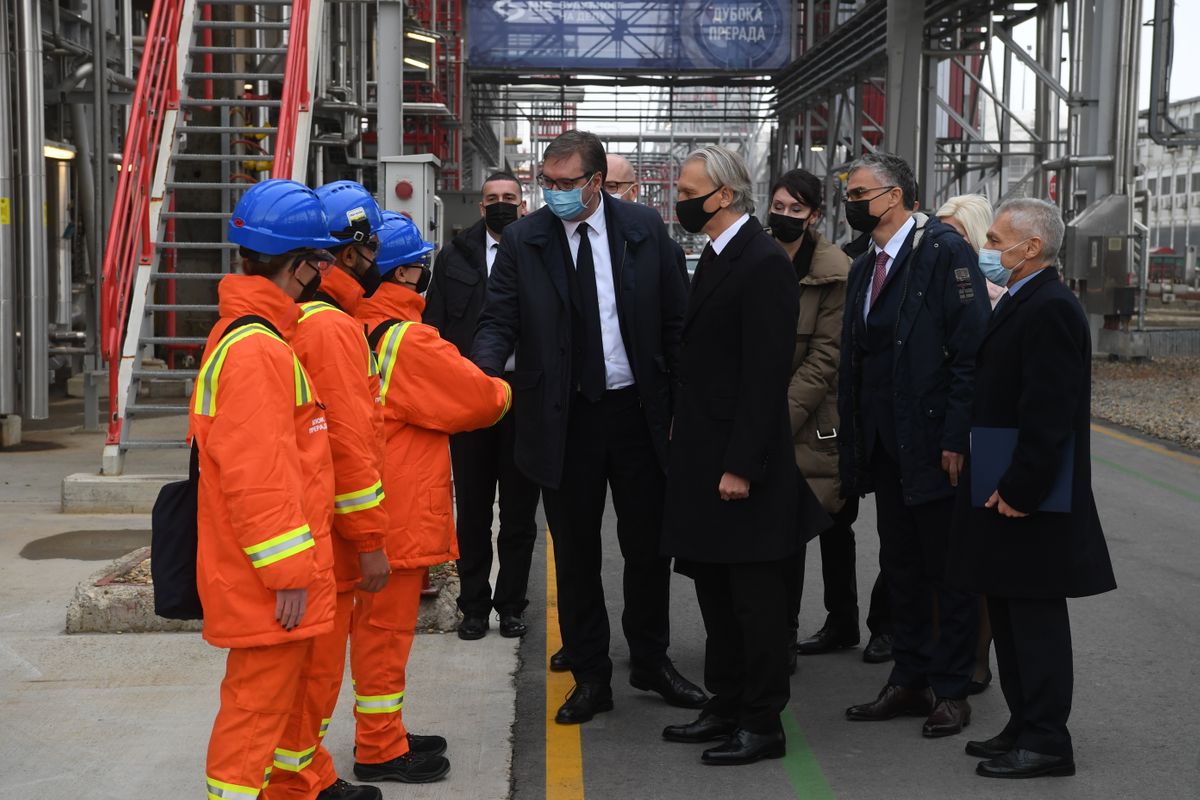 President Vučić also noted that three years ago, during the groundbreaking, few believed that everything would be successfully completed.
"Fortunately, the people who worked on and built this 96 meres high fantastic structure, and who brought fascinating furnaces of 200 tons, made one of the most modern plants and had more faith and knowledge than me," he noted.
President Vučić emphasised that this project is essential for further improvement of the relations between Serbia and Russia and the creation of even greater trust and closeness between the two countries. 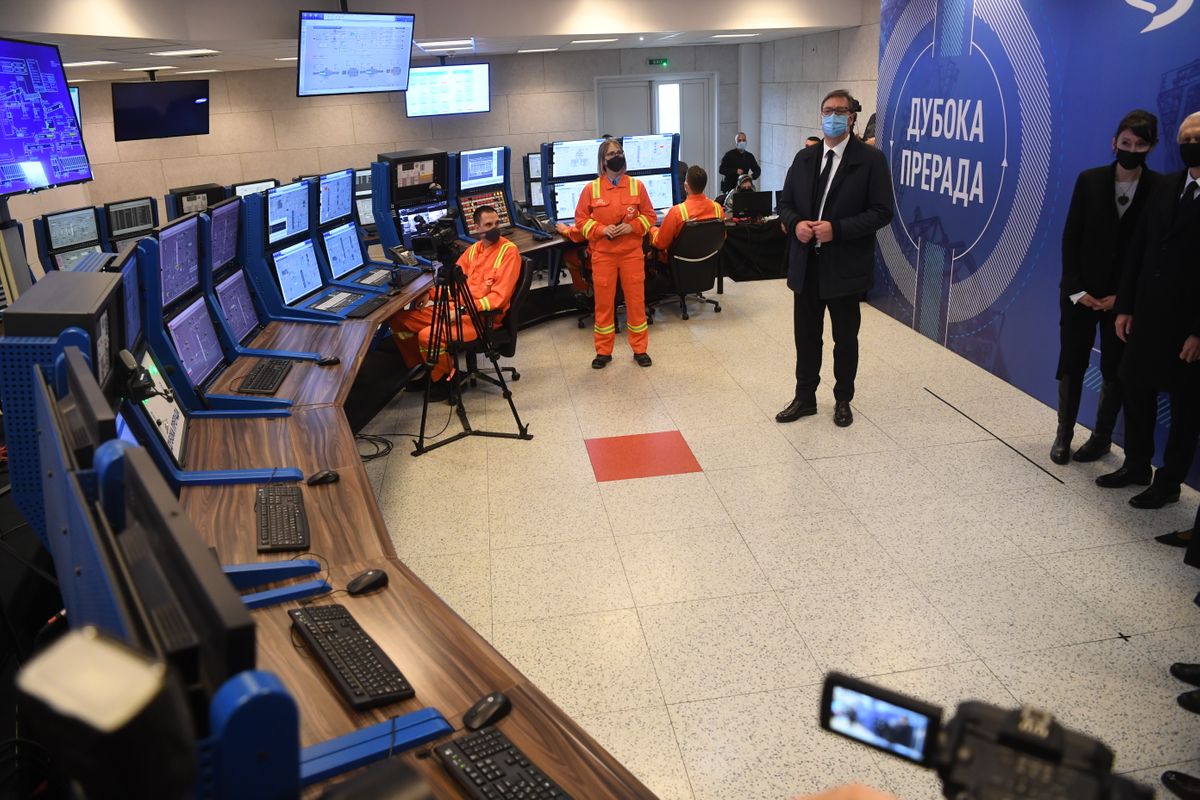 "This is not only a confirmation of our fraternal relations, which no one has ever doubted but also of joint efficiency, collective good work and results," the President said, adding that an agreement was reached today with Gazpromneft representatives to form expert teams to review the privatisation of Petrohemija.
President Vučić thanked the General Director of Gazpromneft, Aleksandar Đukov, for having the courage to make tough decisions.
"We have 1,320 workers in Petrohemija, and it seems that we are close to finding a solution for them and the chemical industry of Serbia," said President Vučić, adding that he was convinced we could do it together. 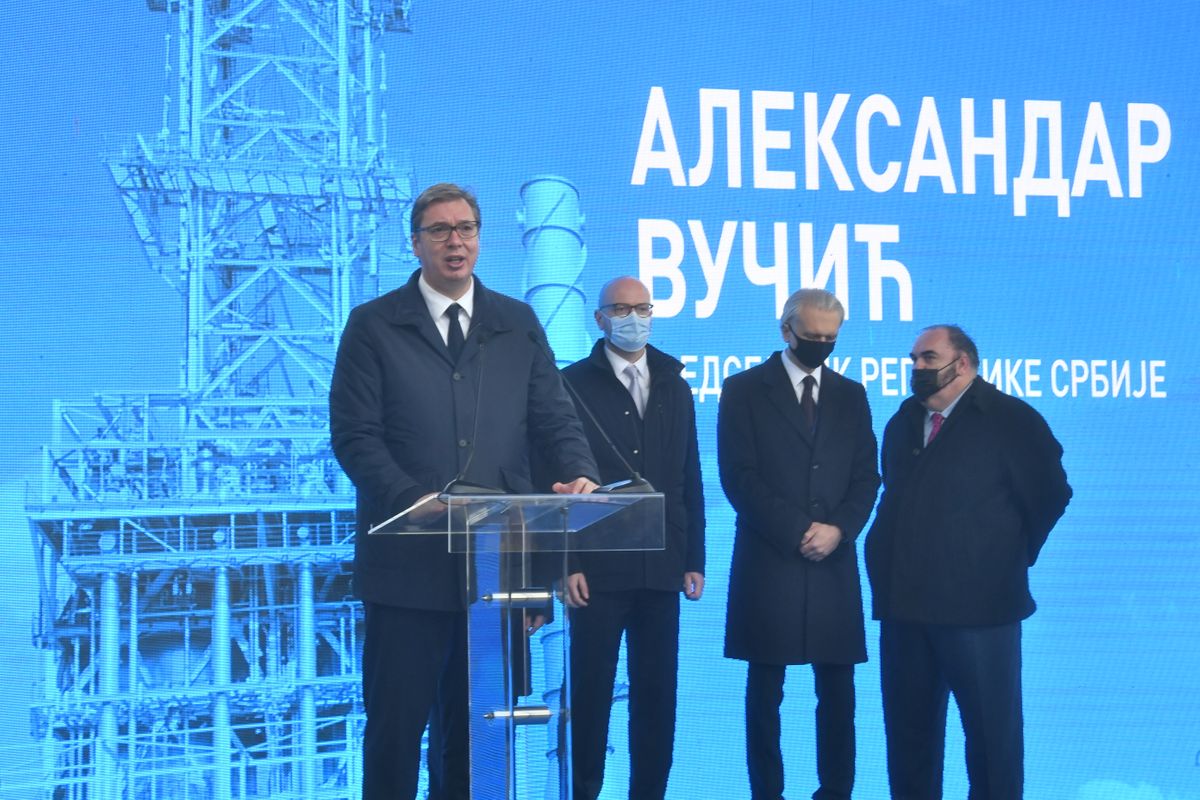 The "Deep Refining" project has modernised the refinery and increased the efficiency of processing, and is worth more than 300 million euros.
The oil industry of Serbia previously announced that with the completion of the "Deep Refining" project, the Refinery in Pančevo had become one of the most modern and "greenest" in the region.
The beginning of the work of "Deep Refining" brings numerous environmental benefits and above all, the discontinuance of the high fuel oil production with sulfur content and the gases emissions reduction and powdered substances into the air. In that way, the ecological picture of not only Pančevo but the whole of Serbia was improved.
Share