Construction of the Morava Corridor commenced

President of the Republic of Serbia Aleksandar Vučić said today at the ceremonial opening of commencement of works on the Morava Corridor that he is proud of all that has been done so far. 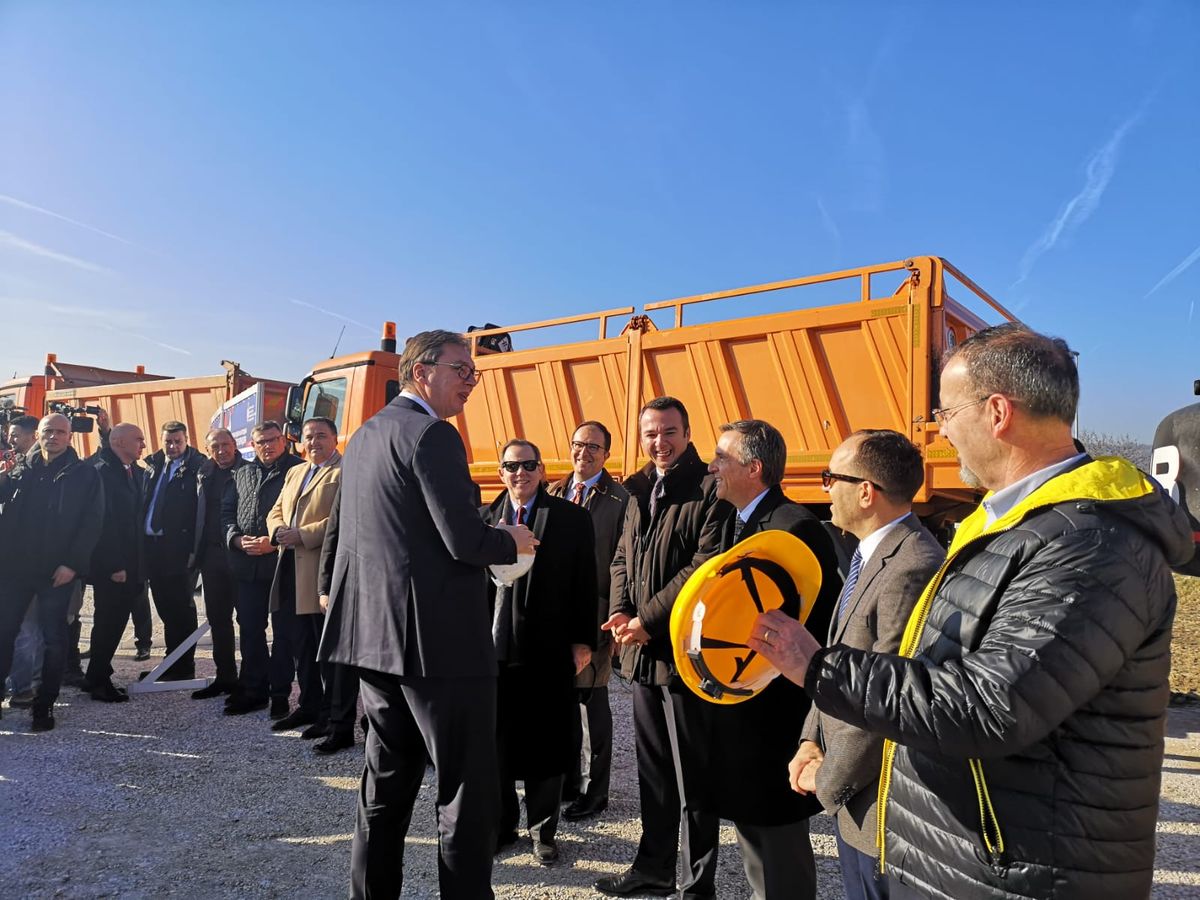 The ceremony in Jasika, near Kruševac, marked the beginning of the Pojate-Preljina highway construction, which will connect Corridors 10 and 11 or half a million people living in central Serbia. Construction of this road begins just nine days after the signing of the contract for the construction of the Morava Corridor with the company "Bechtel Enka".
"We will be able to travel everywhere by taking a highway," said President Vučić at the opening of works on the Morava Corridor, which was attended by Ambassadors of the United States, Great Britain and Turkey - respectively Anthony Godfrey, Sian MacLeod and Tanju Bilgiç.
The Morava Corridor will be built in the length of 112.3 kilometres and will connect all major cities of central Serbia - Čačak, Kraljevo, Vrnjačka Banja, Trstenik, Kruševac, Stalać and Ćićevac, as well as Corridor 10 and the Miloš Veliki highway (Corridor 11 ). 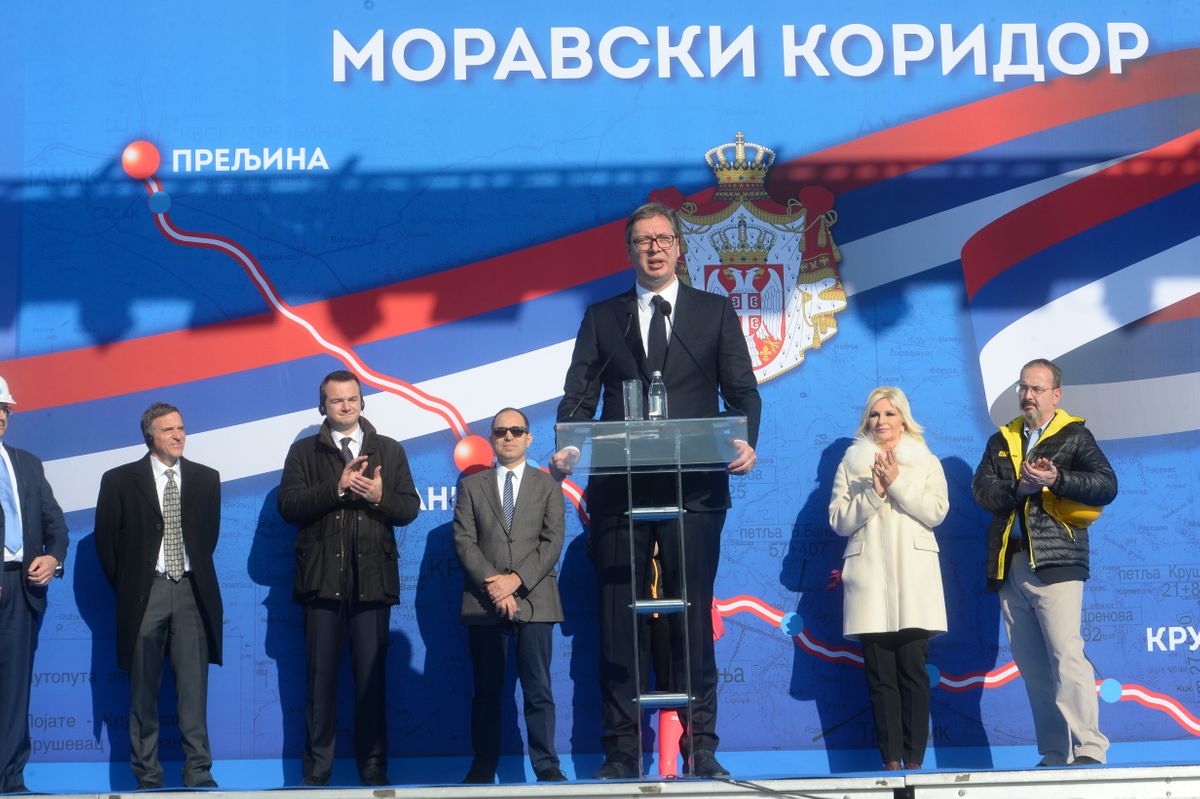 President Vučić said the section from Pojate to Kruševac will be completed in two years, Čačak-Kraljevo in three years, and a complete highway in four years.
"Serbia will thus have the Morava Corridor from Pojate to Preljina completely finished in four years, the most modern and widest highway in the country," he announced.
President Vučić thanked the citizens for believing in their country and for showing that when we work hard and together we can change ourselves and shape our present and future and that there is nothing more magnificent than that.
President Vučić pointed out that the Morava Corridor will permanently resolve the issue of floods as the rivers will be regulated so that the citizens of Sirča, Adrane and other places will no longer live in fear.
"They will no longer have to fear for their homes and factories and their children," President Vučić said. 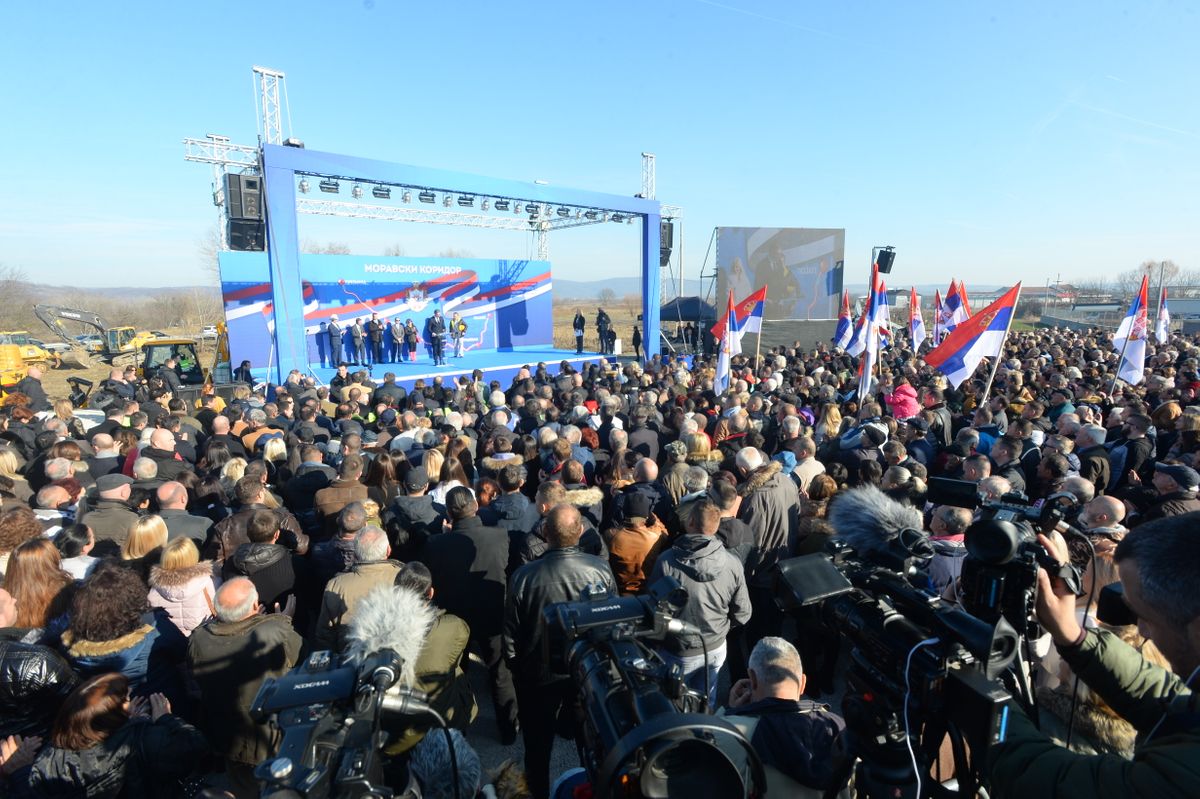 He emphasised that the Morava Corridor brings the state-of-the-art technology and will be the widest highway with 30 metres in width and explained that the digital highway means that citizens will have digital signs and notifications on the highway indicating possible congestions, accidents, slippery sections and providing all other information, which will greatly increase the traffic safety.
"Such roads are being built by Serbia today," the President stressed.
President Vučić emphasised that only with new highways and factories the young people can stay in Serbia, and those who have already left can return and that the most important thing is to return to Serbia the life we started loosing since the 1990ies.
The President stressed that investors will not come to Serbia if there are no highways and added that two large factories came to Kraljevo only when they were promised that a highway would be built. 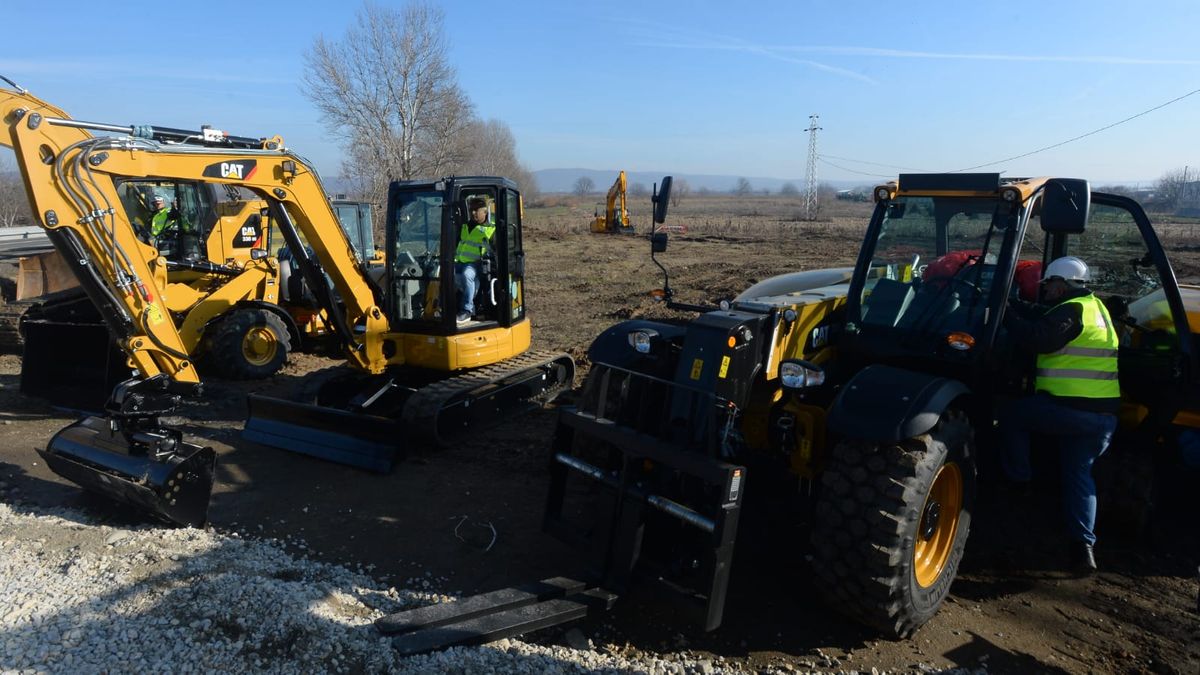 He said that Kromberg & Schubert employed 1,500 people in Kruševac and added that there would be many more such factories.
"It changes the face of Serbia, we see and we can recognise that we have enough power to change ourselves and change our country. We will not have Serbia disappear. We want to have lots of children, instead of hearing about everyone leaving. This is for you and your children and our Serbia, congratulations to all the ones who will be working on this, especially congratulations to the workers and all who will carry out this great undertaking, "concluded President Vučić.
The Morava Corridor Project Director Andy Millunzi said the Morava Corridor is more than a road since it is the first 5G highway.
"The Morava Corridor will have an important and massive flood defence system, this is the first time such a system will be built in the Balkans," he said.
Share