Donation of medical equipment arrives from the UAE

President of the Republic of Serbia Aleksandar Vučić welcomed today at the Batajnica military airport a plane with medical equipment, sent as a donation to Serbia by the United Arab Emirates. Several million euros worth medical equipment is the personal aid of Sheikh Mohammed bin Zayed al Nahyan, and it is sufficient for one entire COVID hospital, the President pointed out. 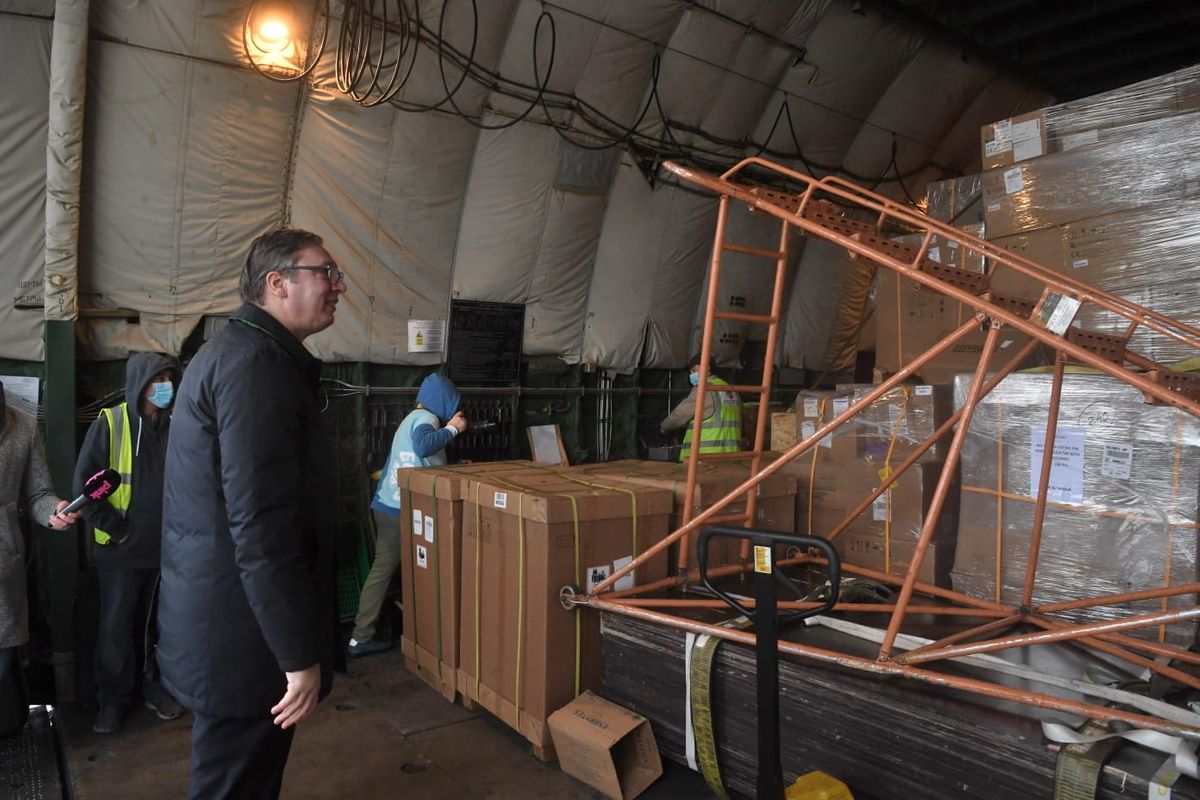 "What has just arrived at the Batajnica airport is the personal help of our great friend Sheikh Mohammed bin Zayed al Nahyan<; it is his support to the Republic of Serbia and the citizens of Serbia in the times of the pandemic. Many of the highest quality machines have arrived, we have a magnetic resonance scanner, X-ray machines, respirators, hazmat suits, consumables. This is a multimillion-dollar aid; they sent many things. We are infinitely grateful to them, they showed great friendship towards Serbia," said President Vučić.
The President pointed out that the obtained equipment is now going to the warehouse, from where it will be distributed to hospitals and clinical centres throughout Serbia where it will be most needed, and added that one 64-slice CT scanner would be in MMC Karaburma. 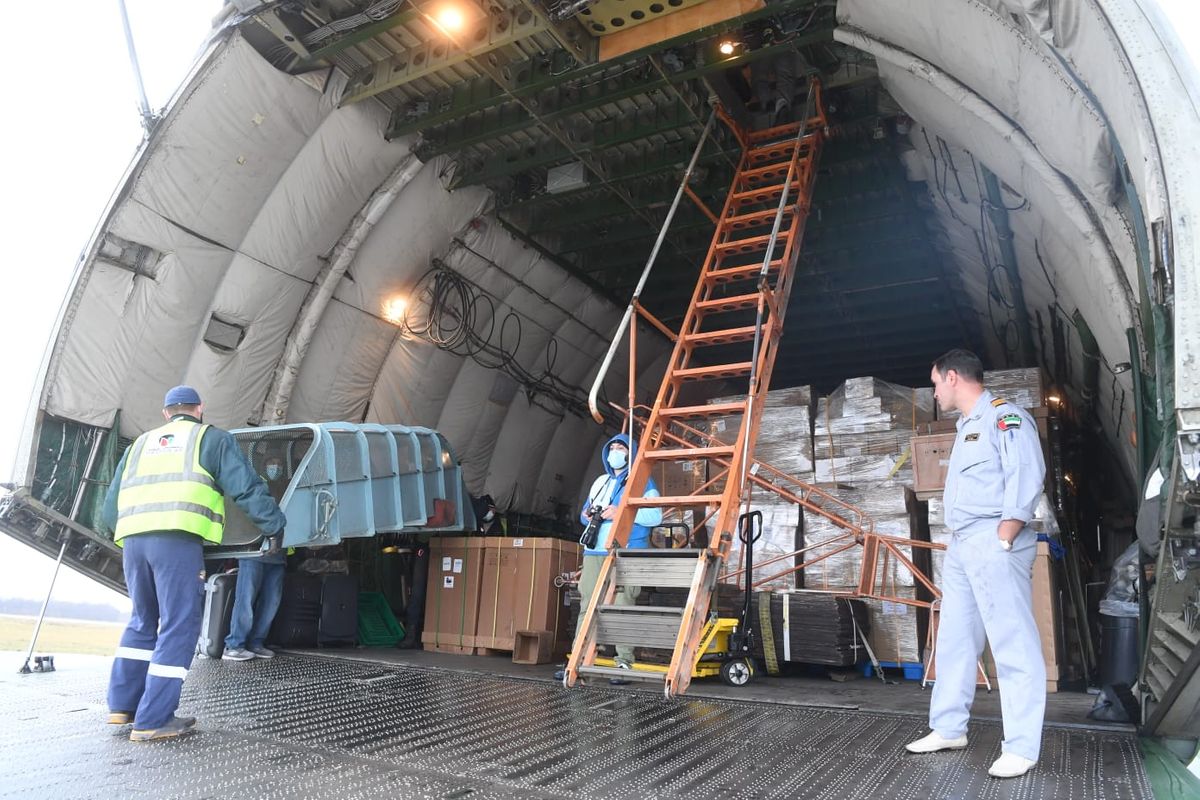 President Vučić noted that this is the second plane with medical equipment from the United Arab Emirates.
"This equipment and help mean a lot to us. Just one magnetic resonance imaging weighs 14.5 tons, imagine all the things that were packed up in this plane," he said.
The Charge d'affaires of the UAE Embassy in Belgrade pointed out that the equipment arrived as help and support to friendly Serbia to overcome the coronavirus crisis. 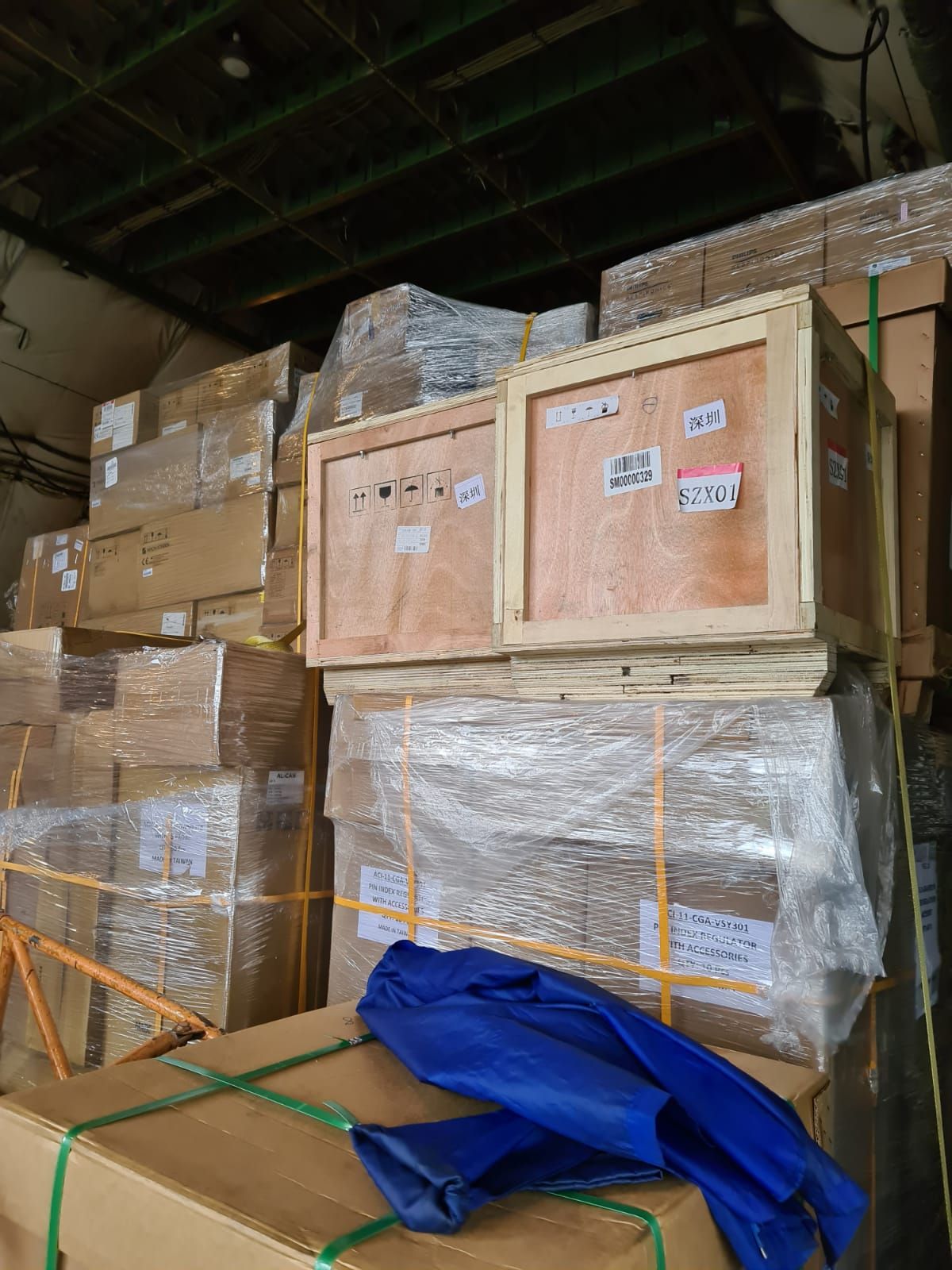 "This aid aims at helping Serbia to overcome all this, to fight the vicious virus, and we hope that the whole world will get rid of this plague," he said.
Several million euros worth equipment includes respirators, scanners, magnetic resonance imaging devices, and complete medical equipment such as masks, visors, gloves, and hazmat suits.
The United Arab Emirates also sent a plane on March 29 with the first part of the aid with protective accessories to fight against the coronavirus.
Share