President of the Republic of Serbia Aleksandar Vučić met today with His Holiness Serbian Patriarch Porfirije, to discuss all important issues in the relations between the state and the Church, as well as all key issues of importance for the state of Serbia. 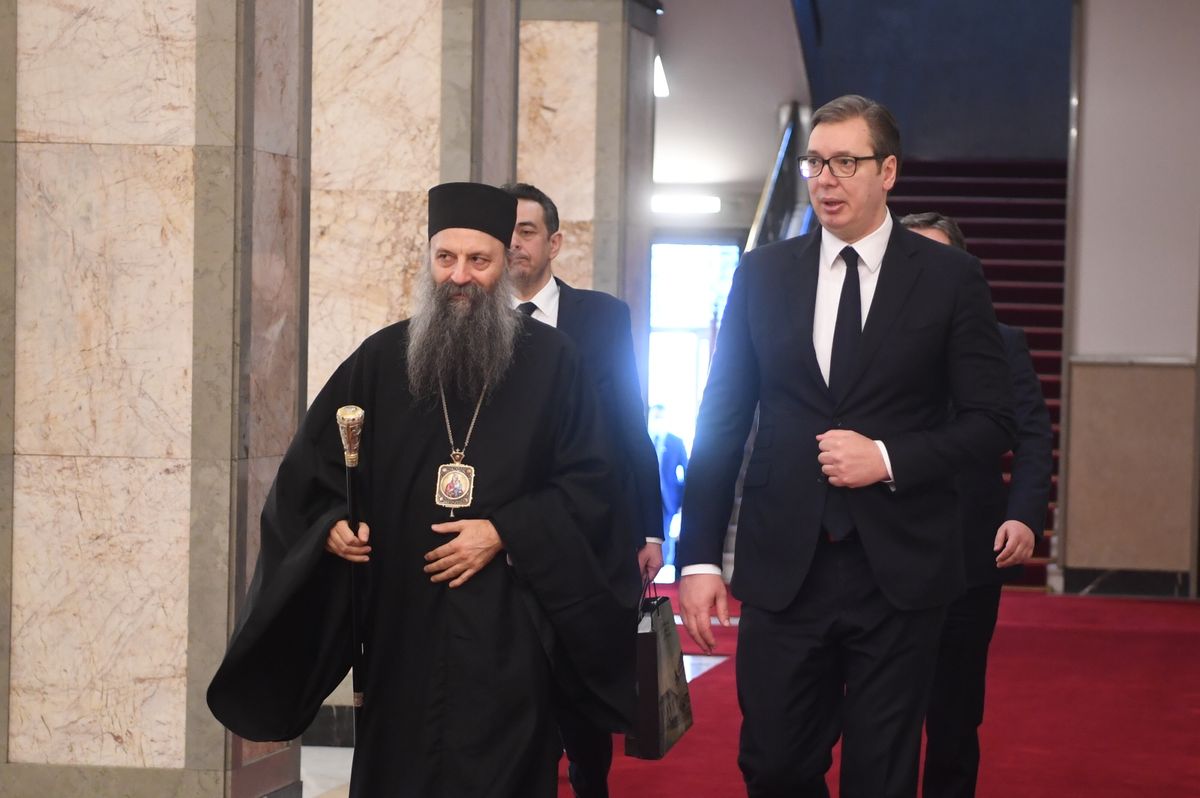 "I informed the Patriarch about the actual situation in Kosovo and Metohija, with the political facts and political negotiations that are ahead of us, or those that we have closed, with the visit of Miroslav Lajčák that awaits us, about Serbia's position and that Kosovo failed to get a say today at the so-called the Conference of European Constitutional Courts", said President Vučić after the meeting. He added that they also talked about the Republic of Srpska and all the imminent pressures on Serbia that should not come as a surprise.
"In the conditions of deep division of the world, where there is no unipolarity, no bipolarity, but multipolarity, many will try and do their best to show their strength and power on someone smaller. Our job is to see that it is not us and to preserve the most important and vital state and national interests", stated President Vučić and added that they discussed how to preserve peace and stability and how to help the suffering people in Kosovo and Metohija, to help save lives and economic progress. 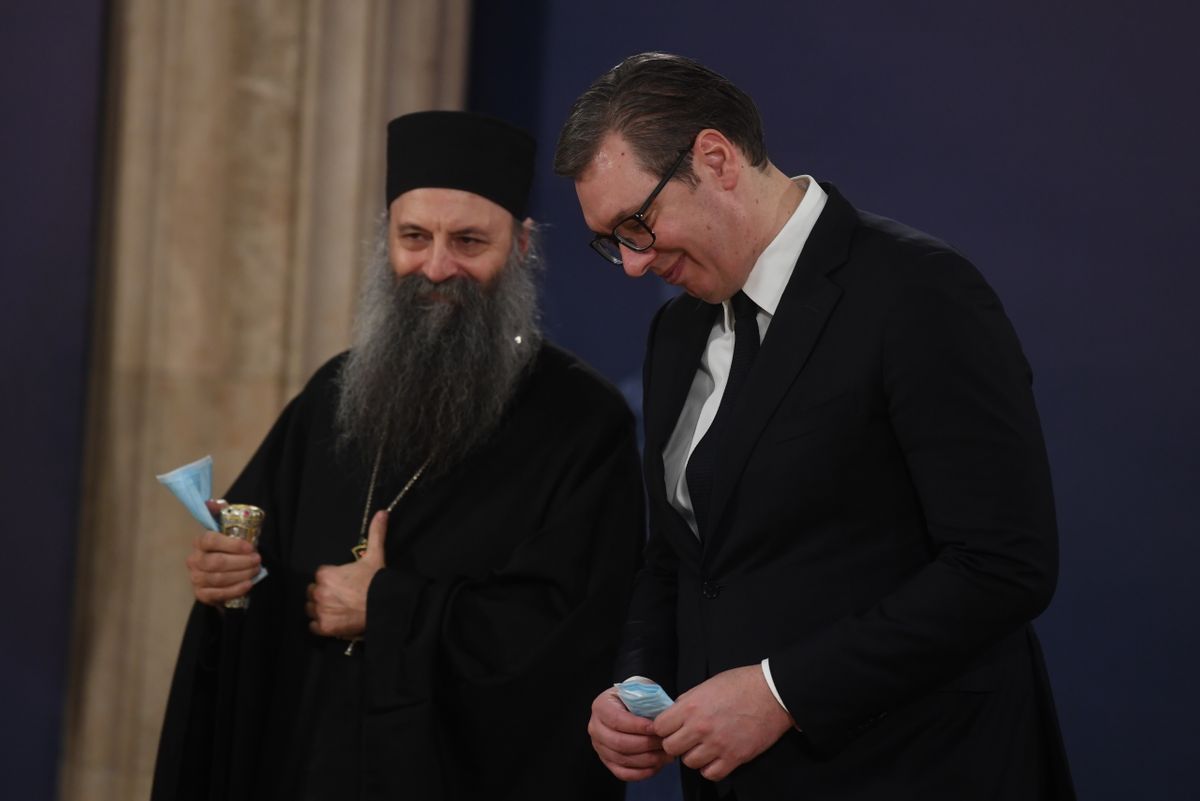 "There is not only great understanding regarding this issue but also agreement. The relationship between the state and the church is very important. When they do not strive for common goals and do not work together, then Serbia is torn and represents a weak and easy target not only for every eagle but also for crows", President Vučić pointed out and added that it was agreed that the state would help rebuild our temples and shrines wherever the Serbian Orthodox Church operates, both in the country and abroad, especially in the former Yugoslavia.
"We also agreed to strive to understand each other and to solve through dialogue the issues of which we do not think the same, and through words that would calm all kinds of passions. I am grateful to His Holiness that he had the understanding to listen and to allow me to learn a lot from him," said President Vučić and expressed confidence that future meetings with the Serbian Patriarch will be regular and in the interest of the entire Serbian people at all times. 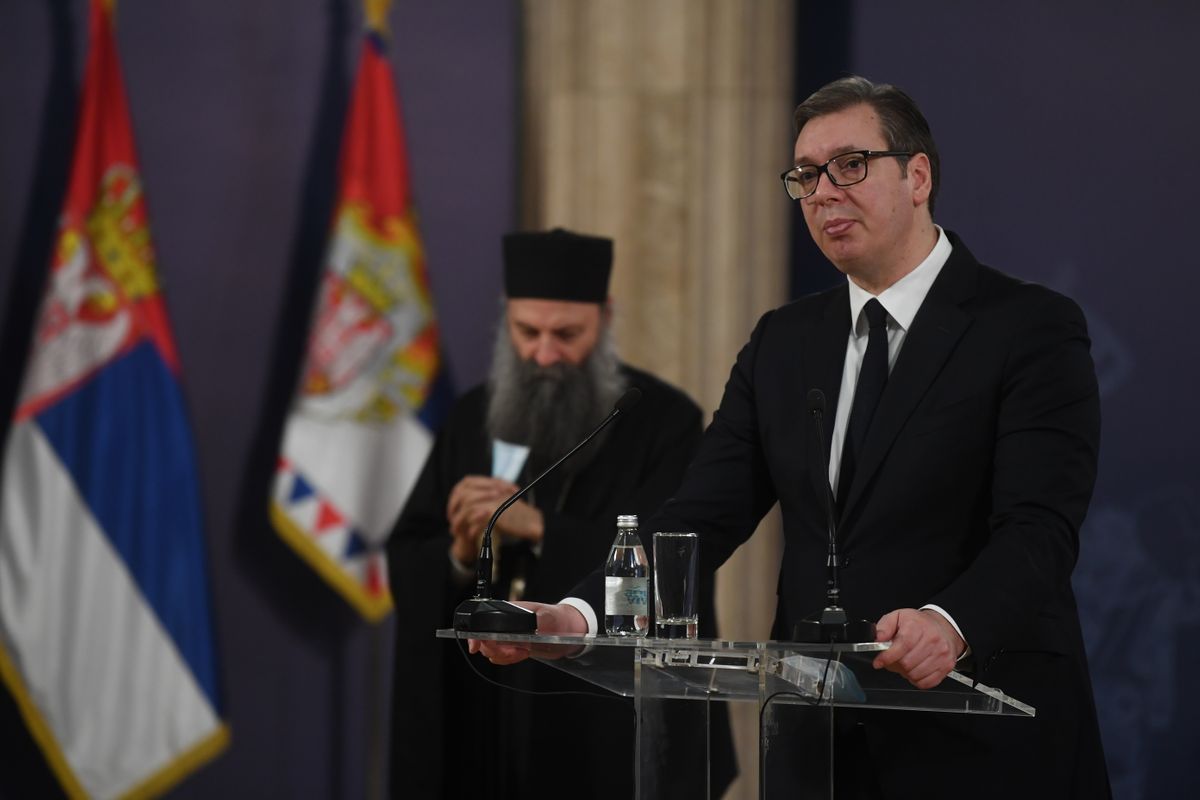 His Holiness Patriarch Porphyry thanked President Vučić for attending the enthronement ceremony, as well as for the words he addressed him with after that act.
"I indicated to the President that I am not a politician, not because I have no affinity for politics, but because I think that the Church is an organism to collect, dull blades and overcome polarisation, regardless of the circumstances. I also emphasised that often we do not choose the circumstances, but they are an expression of God's providence and for that reason, we have no right to complain, but to roll up our sleeves and face the predicaments and difficulties as a task that we must solve. We will do all in our power, as spiritual shepherds, to make our people live better, but not to the detriment of others. Only through dialogue can we get to know each other, acknowledge each other's values and thus overcome temptations and misunderstandings," said Patriarch Porfirije.
Belgrade,
24th February 2021
Share