Meeting with the Ambassador of the People's Republic of China

"We are a small country and a small nation, but we have very sincerely and with high attention followed all that was and is happening in China, and we never failed to believe in the strength of your President Xi Jinping, the strength of your people, the Communist Party of China, the strength of your entire nation. I wish to thank you very much for the attention you are giving to Serbia because we are now turned to you with expectation," said President Vučić after talking to Ambassador Chen Bo, pointing out that China has succeeded - if not completely, then with great certainty - to win over the biggest plague of the modern world, on which he congratulated that country. He pointed out that Serbia is not yet in a situation like some other countries, but that something like that will soon follow here, and to avoid this worst-case scenario, we need Chinese help and support.
"That is why I kindly ask you to send us everything you can, and we do it is not the money that is our problem. Send us masks, gloves... We need tens of millions of masks, gloves, respirators, literally everything, and most of all - we need your know-how and people who would like to come to Belgrade and Serbia to help us out of this difficult crisis. We are not asking you for money; we are looking for something that is much more valuable than money. Thank you very much for everything and please convey my most sincere congratulations and most cordial greetings to the President of China, the great Si Jinping," said President Vućić. 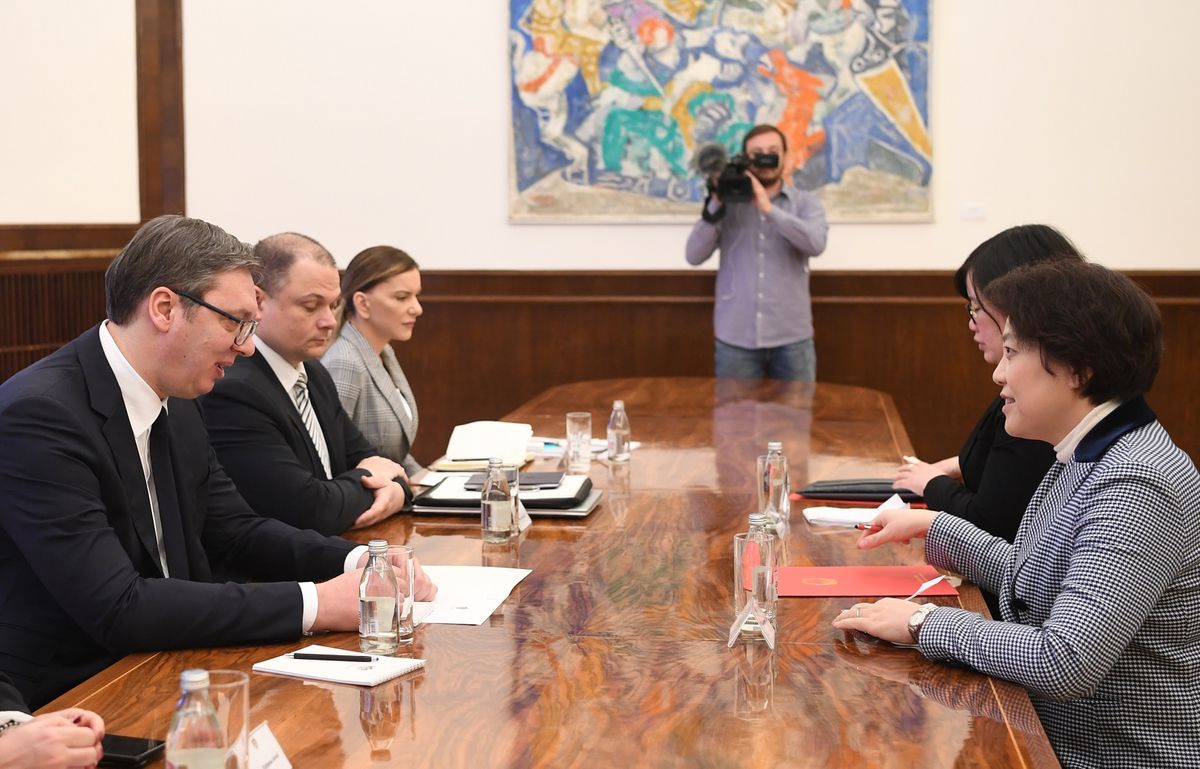 Ambassador Chen Bo thanked President Vučić for his kind words, adding that she had already sent two letters to the President of the People's Republic of China and that the Chinese side would pay great attention to Serbia's needs to fight the virus.
"We have already decided to make a donation and then send in the experts," the Chinese Ambassador said, adding that she expects Chinese anti-virus experts to arrive in Serbia by the end of the week. She stated that in China, when it comes to combating the coronavirus, everything counts by the hour and that ordinary citizens in China responded very positively to the call for help from President Vučić.
The ambassador of the People's Republic of China said that more than 300 million people watched President Vučić's extraordinary press conference. She also stressed that China received much support from Serbia at the beginning of the fight against the coronavirus and that Chinese citizens also believe that such support should be returned.
President Vučić thanked them once again and conveyed his warmest greetings by saying:
"We are awaiting here for our Chinese brothers. It is evident that without you, Europe can hardly defend itself. We do not hide it because we cannot, and we are not able to do that without China and our Chinese brothers."
Belgrade, 17th March 2020
Share