Meeting with the Ambassador of the People's Republic of China

President of the Republic of Serbia Aleksandar Vučić met earlier today with the Ambassador of the People's Republic of China, Chen Bo, to discuss the cooperation between the two countries, which is, as he pointed out, based on the principles of sincere friendship, solidarity and respect. 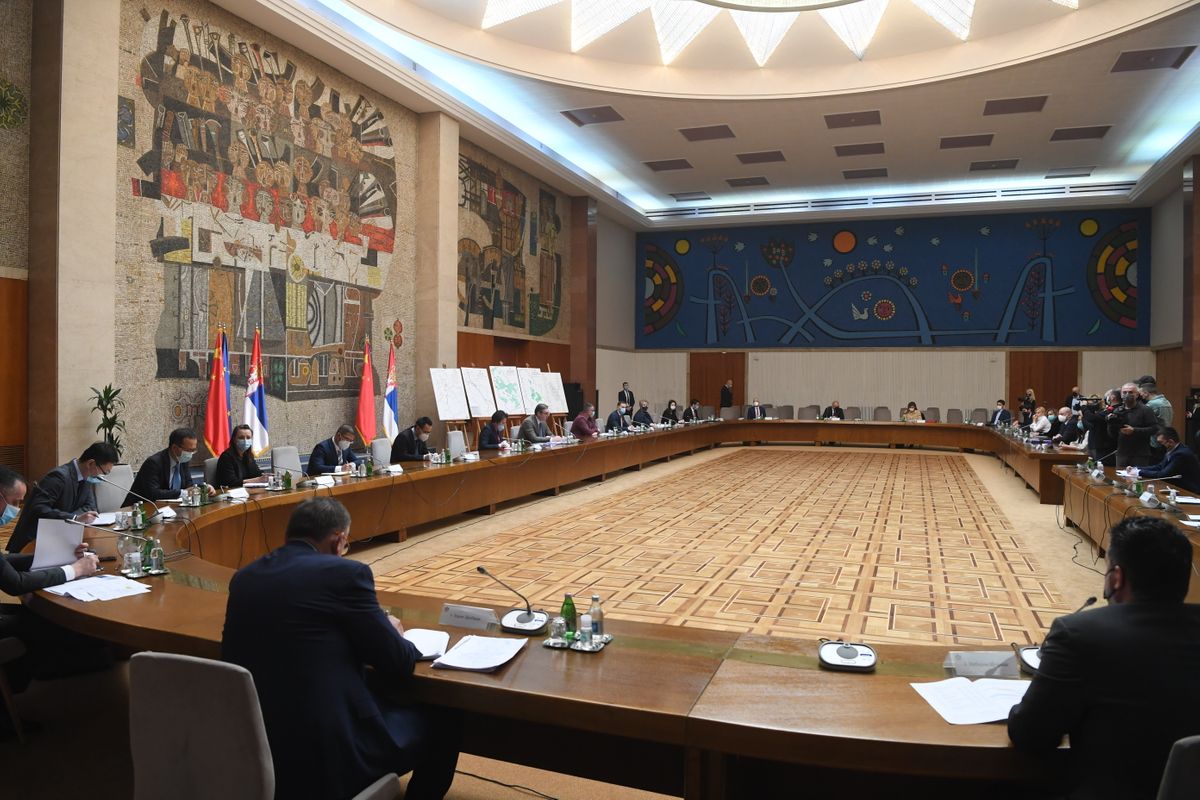 "We held today an important meeting and analysed the cooperation with the People's Republic of China. In the previous period, Serbia has made incredible progress in cooperation with China, increased exports as much as 15 times - not 15 per cent, but 15 times over," said President Vučić, adding that already a year ago, when the corona epidemic broke out in our country, Serbia had the great support of China, which supplied it with equipment, respirators, but also people who made two laboratories.
"Last night I was particularly honoured to welcome another 500,000 Sinopharm vaccines. I am infinitely grateful to China because it is a safe and very reliable vaccine, which develops antibodies a bit later, but without endangering human health," said President Vučić and emphasised that it is now up to us to speed up the vaccination, because there is sufficient vaccine.
President Vučić said that he expected substantial new investments from China: 474 million dollars of investments in the Timok mine in September, Ling Long in Zrenjanin, as well as commissioning of the factory in Niš before the end of the year. He also stated that a new project has been agreed upon - the construction of a bypass around Kragujevac, at a very good price. 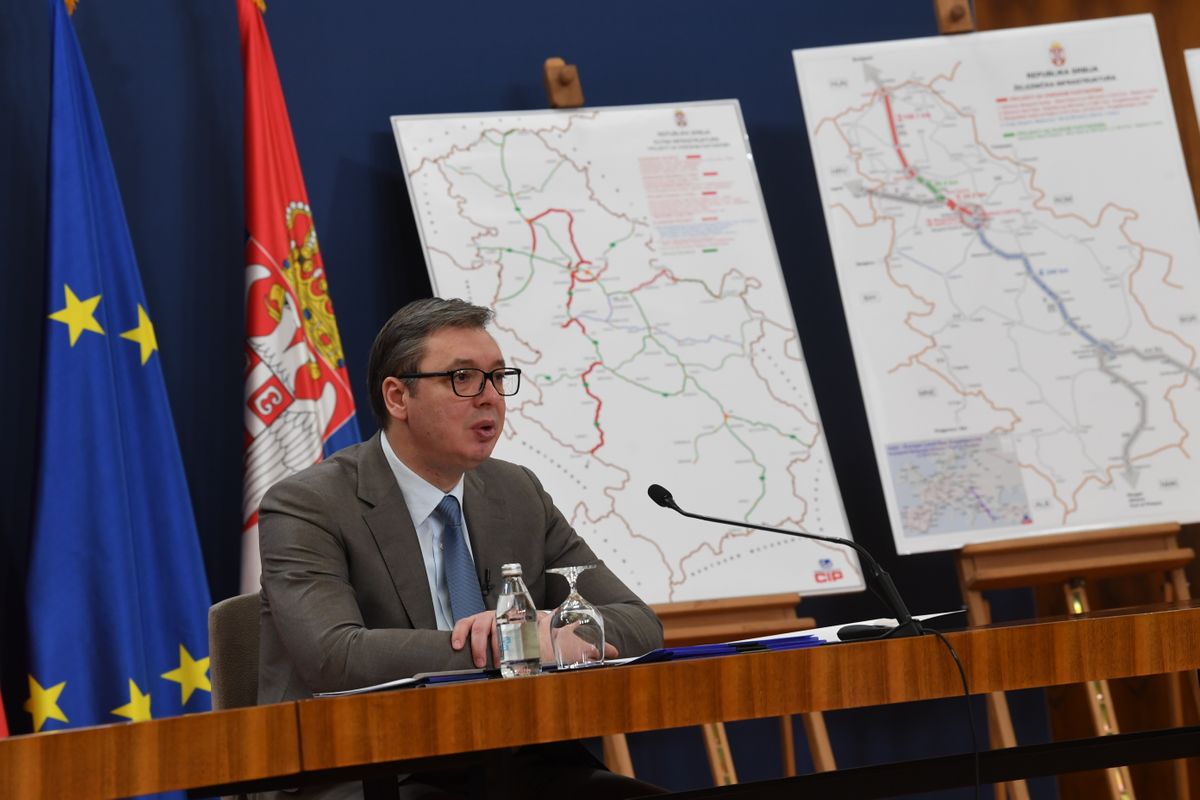 Speaking about investments, President Vučić said that agreements had been reached concerning the export of beef and corn and that permits for the export of apples is being awaited.
"There are Chinese companies that are interested in investing. Our problem in this regard is that we have high logistics costs. We also talked with the representatives of the Chinese railway who want to help", explained President Vučić and added that negotiations have started on the construction of the highway to Požarevac, and further on to Golubac, which will maintain the Danube corridor.
"We have got a promise from Mr Zhang that the road Čačak-Požega will be completed by Saint Nicholas Day. That is great news for Ivanjica, Novi Pazar and the whole of the Pešter area. We are working with another company on a bypass around Belgrade, and then a bridge near Vinča will remain to be done. Thus, we would connect the full ring around Belgrade. It is a very expensive job," President Vučić indicated. He stated that Chinese companies are also working on the Belgrade-Stara Pazova railway and that talks are underway regarding the construction of the Belgrade-Niš high-speed railway. 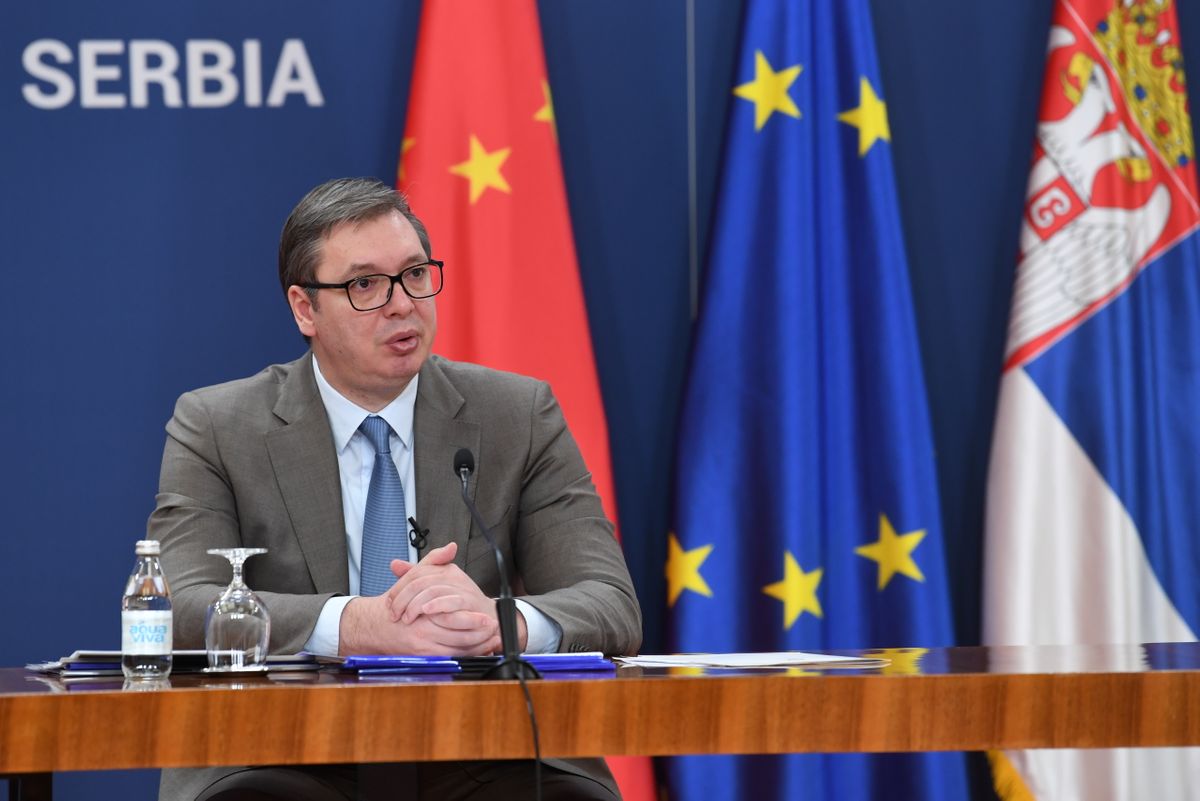 "As for the railway, it will be put into operation in less than a year at a speed of 200 km per hour. Citizens will be able to get from the centre of Belgrade to the centre of Novi Sad in just 28 minutes. We should also get connect with Budapest. That will be the new face of Serbia", said President Vučić.
The Ambassador of the People's Republic of China in Belgrade, Chen Bo, pointed out that despite the impact of the coronavirus pandemic, the cooperation between the two countries is developing intensively. 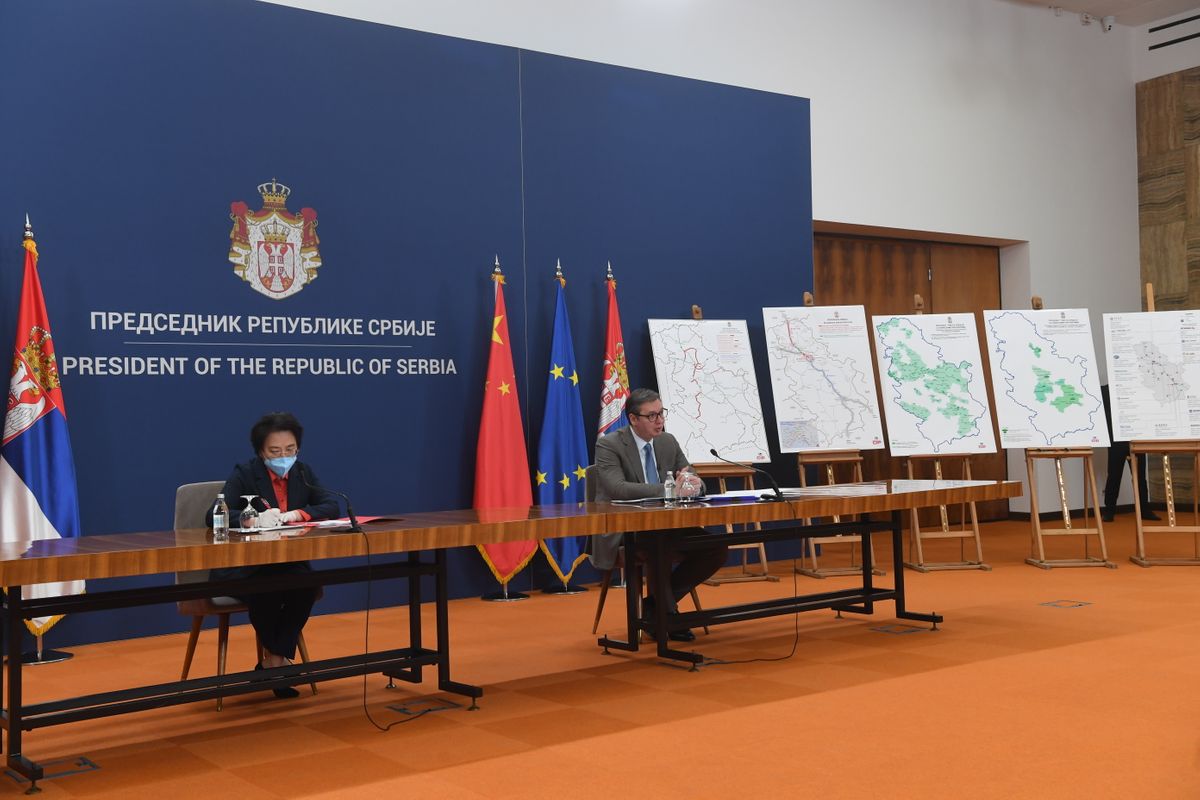 "This meeting fully confirms that President Vučić attaches great importance to relations with China. Our cooperation is focused on two points, and the first is the joint fight against the pandemic," said the Chinese Ambassador, adding that the second point of cooperation is the joint fight for economic growth and recovery.
"This includes infrastructure, as the largest area. Comprehensive projects are developing solidly, such as the Belgrade-Novi Sad high-speed project and the Preljina-Požega highway. The Chinese company together with French and Serbian partners also signed an agreement on the construction of the Belgrade metro. Today, we also exchanged opinions on cooperation in the field of agriculture. We have a great opportunity for cooperation in this area. We hope that in the future there will be even more quality Serbian products on the Chinese market," said the Ambassador of the People's Republic of China.
Belgrade,
6th March 2021
Share