President of the Republic of Serbia Aleksandar Vučić met today in Brussels with the High Representative of the European Union for Foreign Affairs and Security Policy, Josep Borrell, to discuss reforms in the rule of law, dialogue between Belgrade and Priština, but also harmonisation of Serbia's foreign policy. 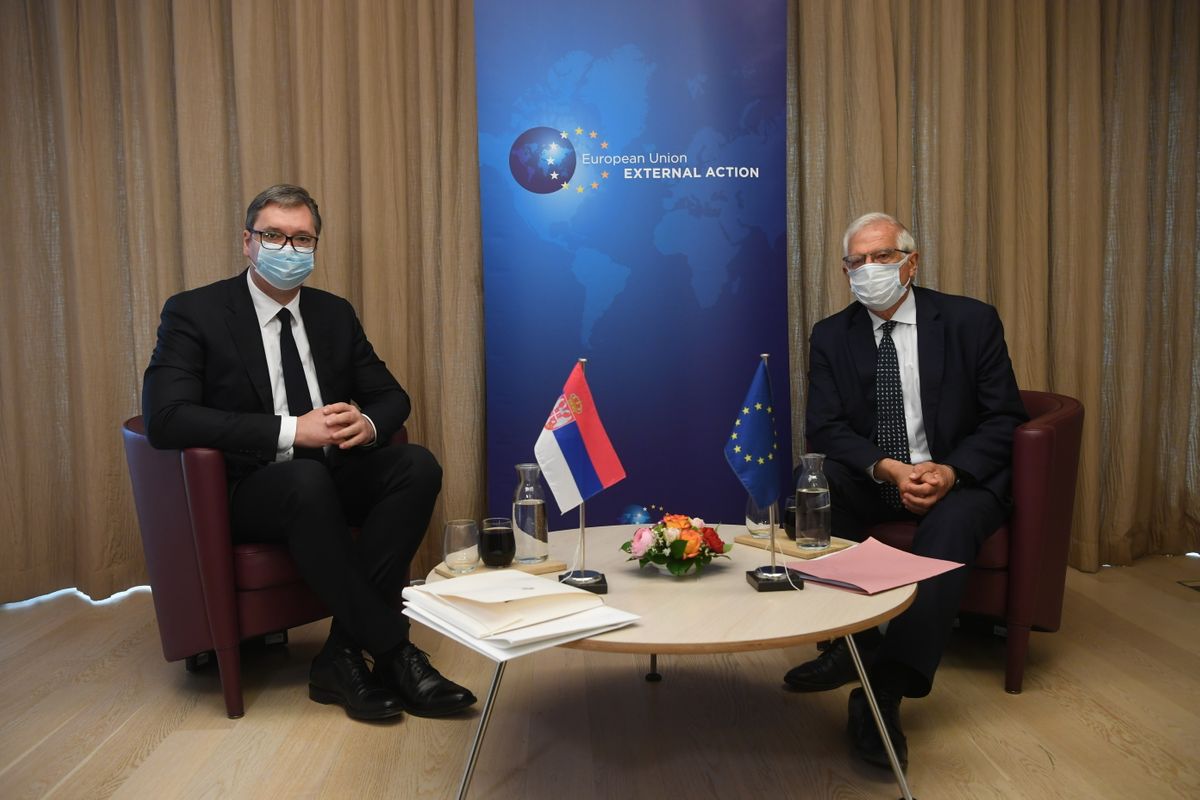 At a joint press conference, President Vučić said that Serbia had managed to increase trade with the EU in the past 10 years and that today it amounts to 25 billion euros, which indicates the importance of the European Union and its members for the Serbian economy and improving the living standards of our people. Speaking about the dialogue with Priština, the President stated that Belgrade is committed to dialogue, as it has been so far, that it will be even more committed in the coming period, and that he hopes we will see the same determination on the other side.
"We came to Brussels in good faith and hope that we will continue to work on this process to reach a more significant solution in the coming period. We also discussed the rule of law, which is part of our accession negotiations with the EU, and other important issues. Now I can say that we will jointly build a high-speed railway between Belgrade and Niš, but also from Niš, through Leskovac, Vranje, Tabanovce, Preševo to the border with Northern Macedonia, which will be a tremendous change for Serbia. It is of great importance to us and I could not hide my joy because it will be one of the greatest things we have done. I invited high representatives of the EU to visit Serbia. Today, I am proud to be a Serb and the President of Serbia," said President Vučić, adding that reforms in the energy sector were also discussed. He stated that a topic of the meeting was the harmonisation of Serbia with the declarations of the European Union, which refer to various foreign policy issues. 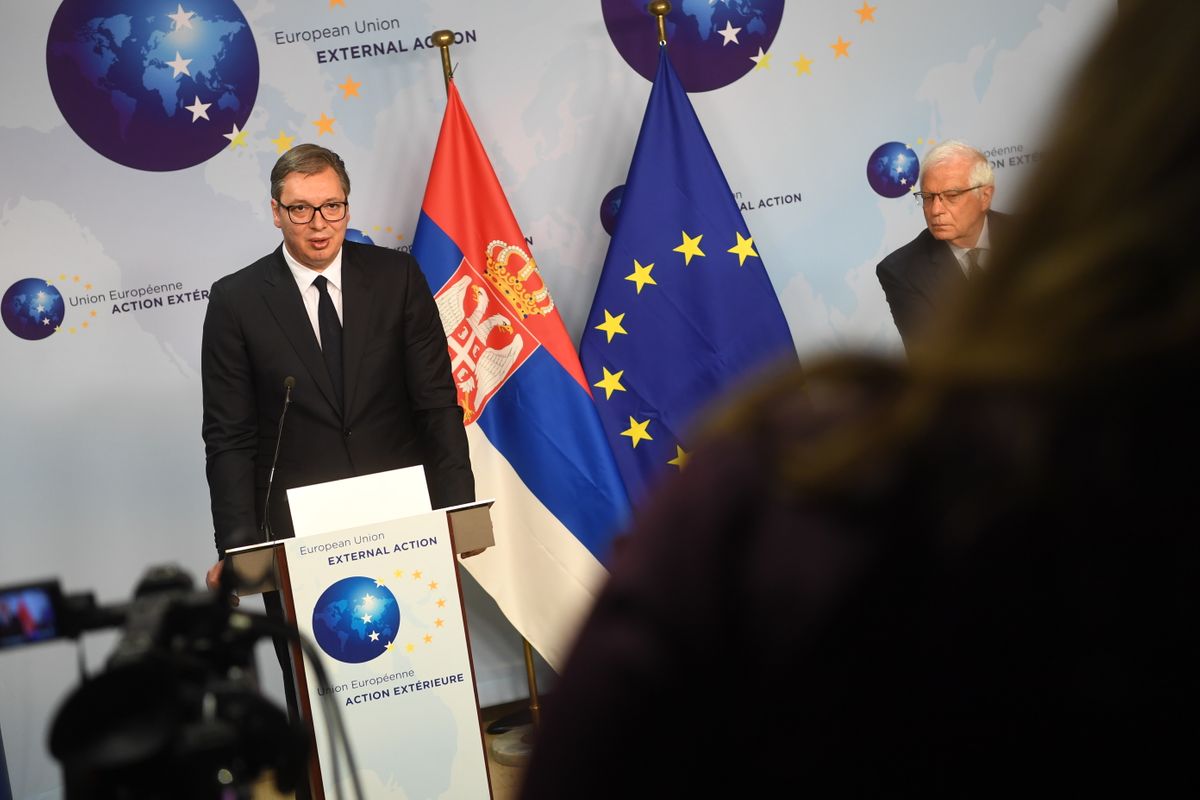 "I expect difficulties, but we have committed ourselves and we are determined to increase the level of compliance with the declarations of the European Union. There will be some exceptions due to the difficult position, and I do not hide that," said President Vučić.
EU High Representative for Foreign Affairs and Security Policy Josep Borrell pointed out that the EU is fully committed to the European perspective of the Western Balkans, adding that Serbia is the centre of that region. He said the focus of the talks was on Serbia's accession talks and on the possibility of speeding up the process. 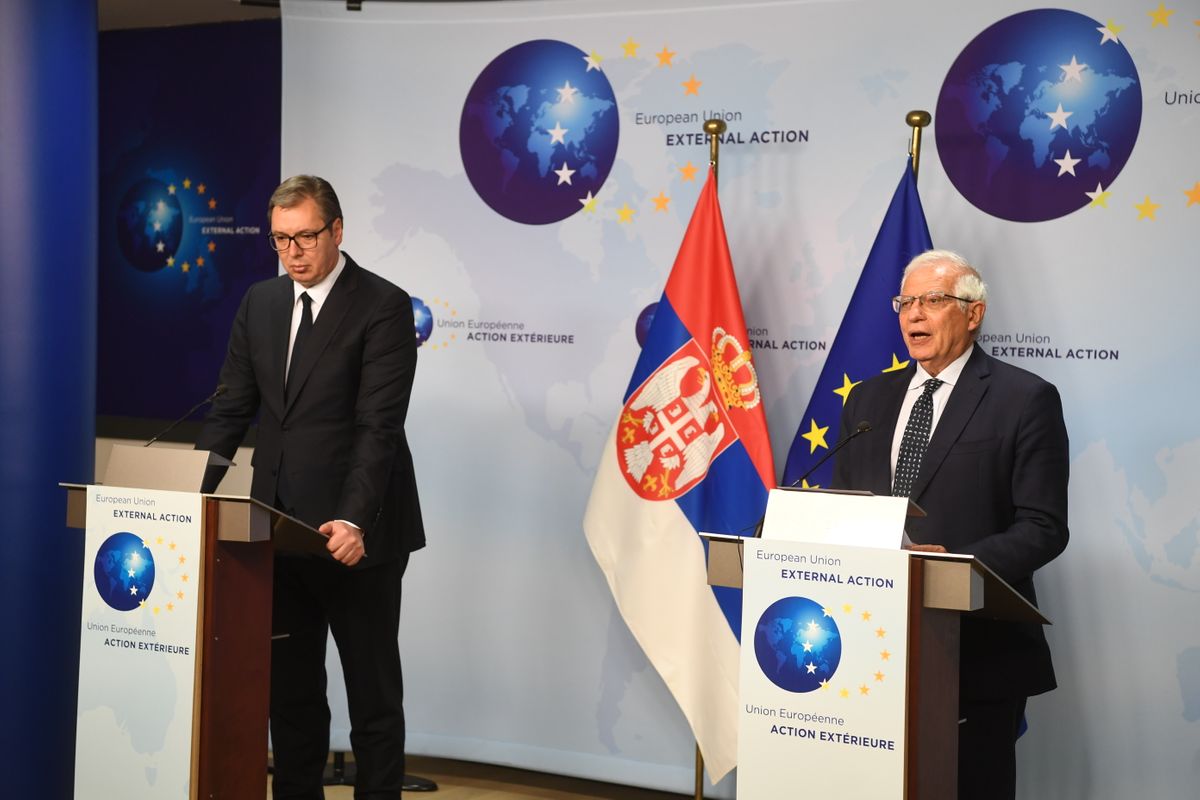 "Accession negotiations need to be more dynamic, and this can only happen with greater progress in the field of reform and their implementation. The EU expects Serbia to make reform efforts, especially in the area of rule of law and media freedoms," the EU High Representative said. He thanked Serbia for its significant contribution to European security missions and added that bilateral relations were also discussed, highlighting that Serbia's perspective is European.
"The evidence of this commitment is that in the last 14 years, the EU has provided almost 3 billion euros to Serbia to improve the quality of life of citizens, but also because of reforms," said the EU High Representative.
During his stay in Brussels, President Vučić also met with the President of the European Commission Ursula von der Layen, the President of the European Council Charles Michel, the European Commissioner for Neighborhood Policy and Enlargement Olivér Várhelyi, as well as with the Permanent Rapporteur of the European Parliament for Serbia Vladimir Bilčík.
Brussels,
26th April 2021
Share