Meeting with the Foreign Minister of the Russian Federation

President of the Republic of Serbia Aleksandar Vučić met today with the Minister of Foreign Affairs of the Russian Federation Sergey Lavrov to discuss bilateral relations and economic cooperation between the two countries, as well as the situation in Kosovo and Metohija. 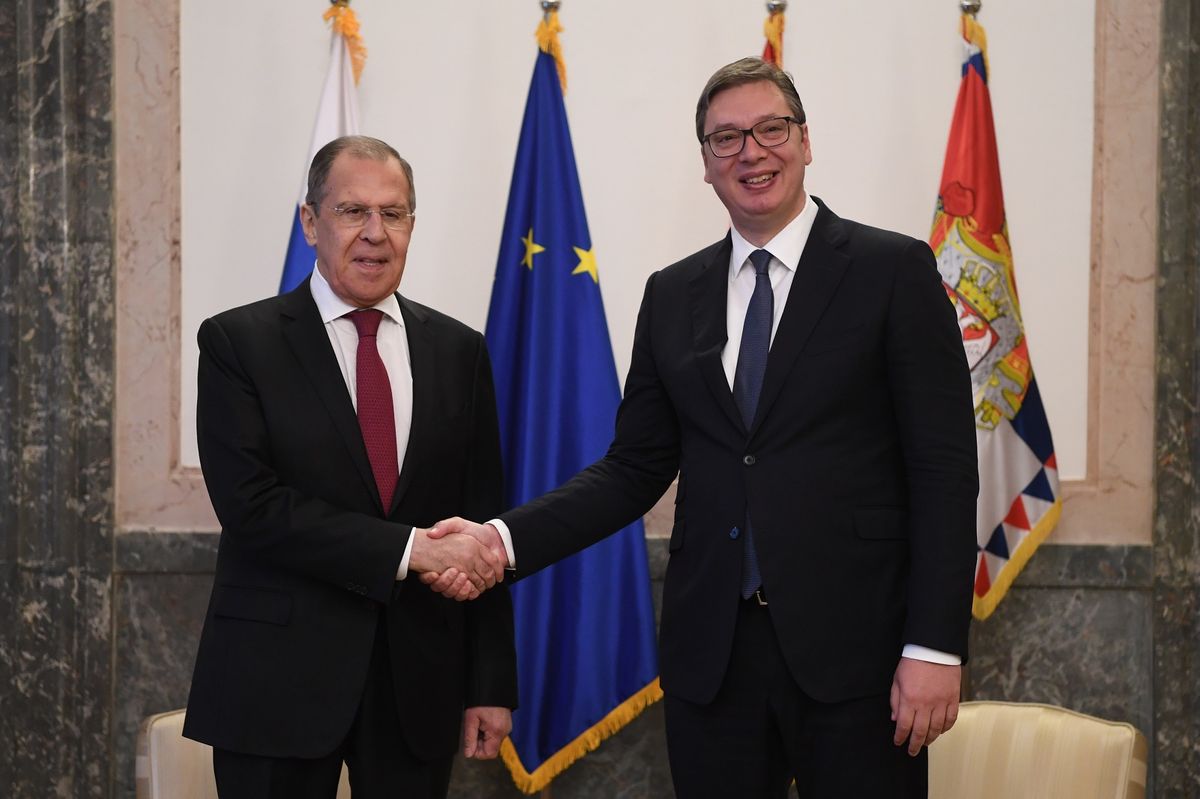 "We discussed all the important topics. Russia is one of the most important trade partners, with a trade exchange of 3.6 billion dollars marking a year-on-year increase. I believe that we can still do a lot in all spheres of social life to improve and strengthen our strategically set and truly amicable relations. The key topic was our relationship within the international framework and Russia's support to the integrity of Serbia, as well as the situation in Kosovo and Metohija. We are grateful to our Russian friends for supporting Serbia's position at all times. I am thankful to Mr Lavrov for his personal commitment," said President Vučić following the meeting. He added that he also asked for the support of Russia to the Serbian Orthodox Church, whose survival in the region is jeopardised. 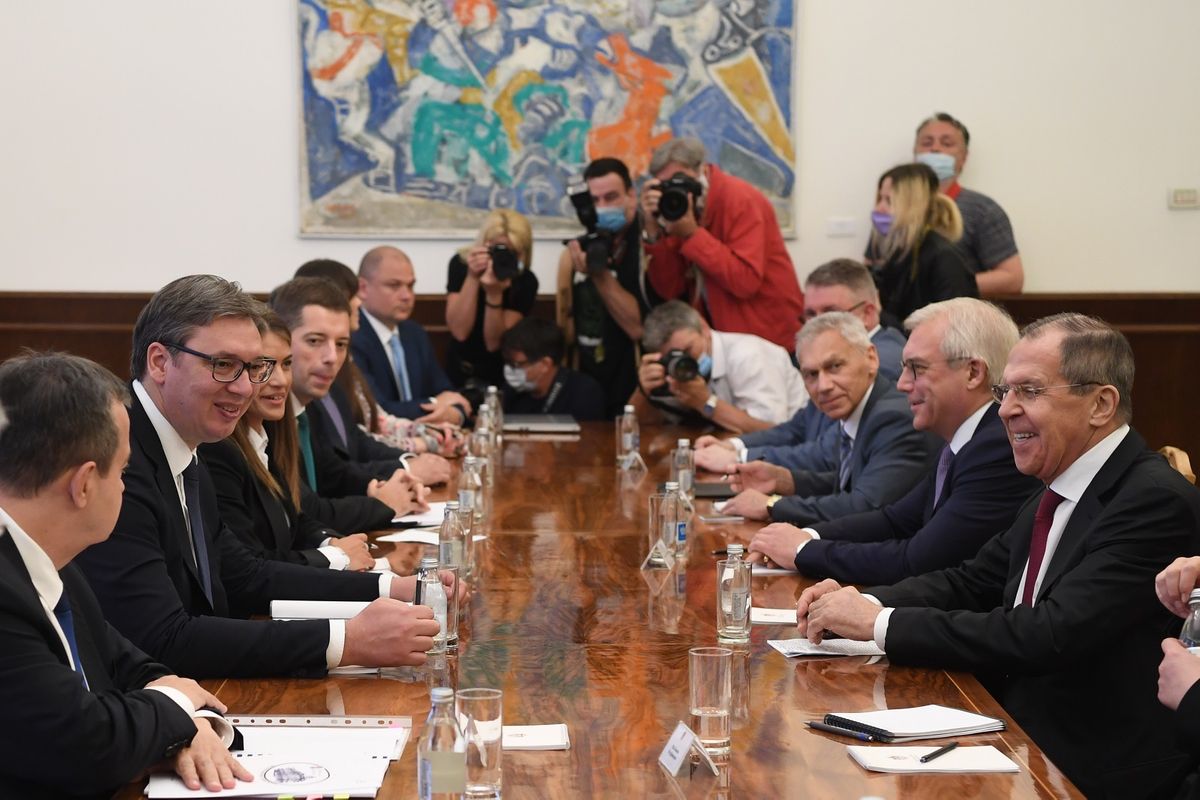 "I believe that the arrival of President Putin at the opening of the of Saint Sava temple will provide an additional impetus to our not only cultural, but also religious ties, that it will further reinforce the position of our people and our country, but also of the Serbian Church," said President Vučić. He announced that he would meet with President Putin in Moscow in a few days.
"We will additionally exchange assessments, experiences and information we have regarding events and relations in the international arena so that Serbia can persevere and preserve its interests in the best possible way. A difficult period lies ahead of us in which we will face strong pressures. Based on some assessments of our Russian friends, it seems that we will have to be extremely careful in observing each idea to be presented to us," said President Vučić and added that Serbia would be able to protect its vital, state interests. 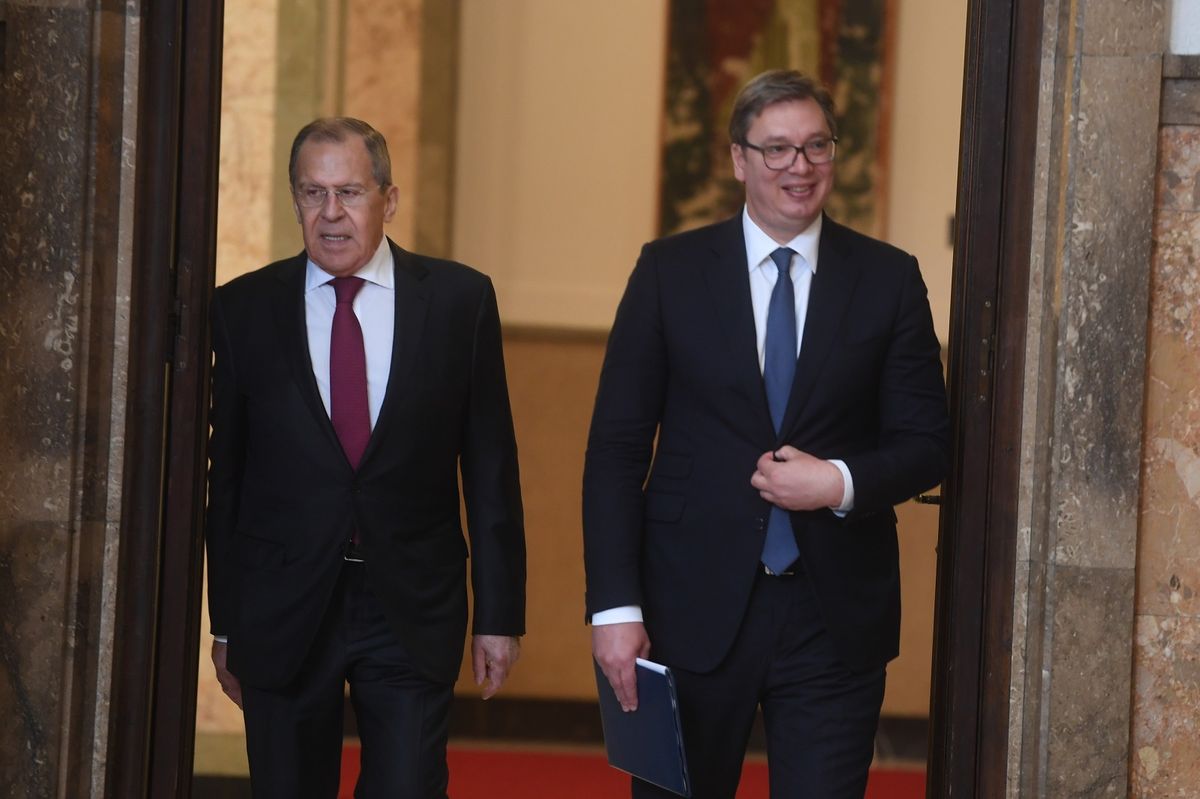 "We agreed today to talk on an almost daily basis, to consult, exchange experiences, information. One thing is clear: if any solution is to be reached at any time, the consent of the Russian Federation will be needed for such a solution," stated President Vučić.
Minister of Foreign Affairs of the Russian Federation Sergey Lavrov said that Russia expects the EU, which has the role of mediator in the dialogue between Belgrade and Priština, will not isolate itself from its obligations. 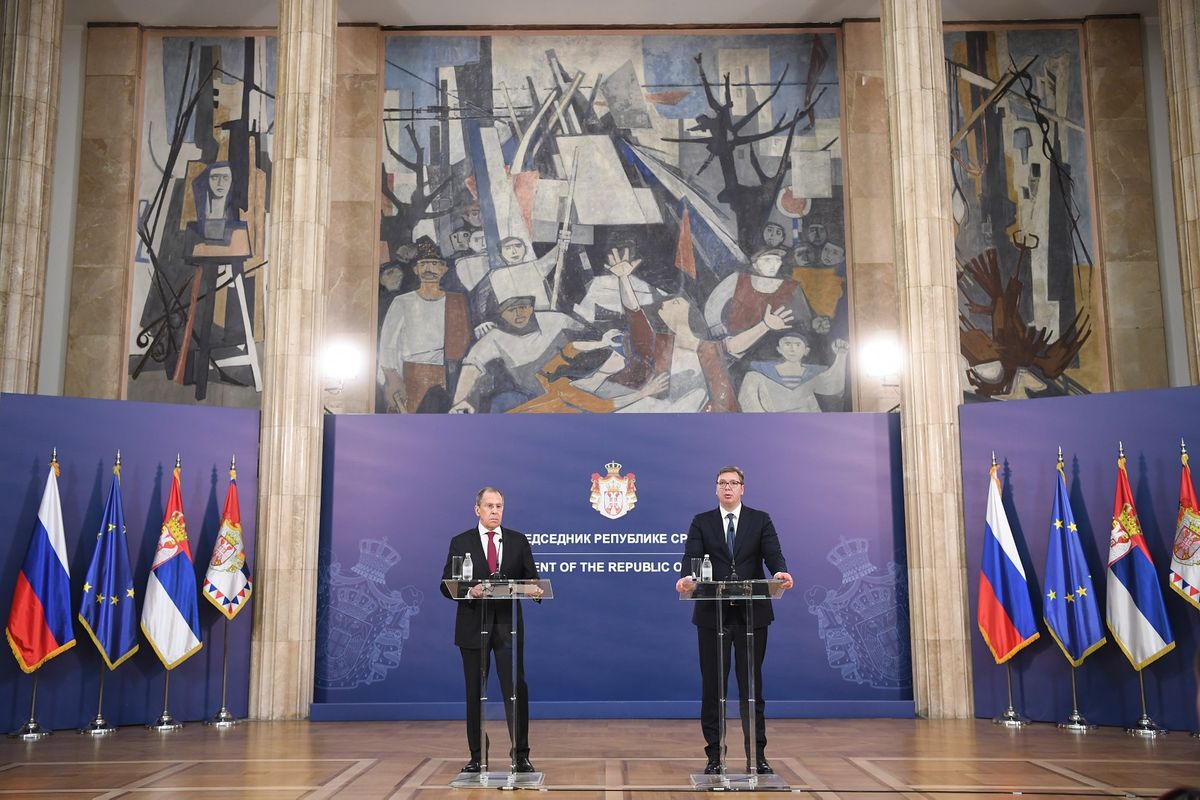 "The EU must fulfil its obligations fairly and fight for the implementation of the agreements reached, such as the establishment of the Community of Serbi Municipalities, which is now, unfortunately, sabotaged by the Albanian side," said Minister Lavrov. He reiterated that Russia's position on Kosovo remains unchanged.
"We have confirmed that we will support any steps and initiatives that will help Belgrade and Priština reach a mutually acceptable solution based on Resolution 1244," said Minister Lavrov. He reiterated that a solution for Kosovo must be in line with international law and the approval of the UN Security Council, and ensure peace and security in this part of Europe.
Belgrade,
18th June 2020
Share