Meeting with the President of the Republic of France 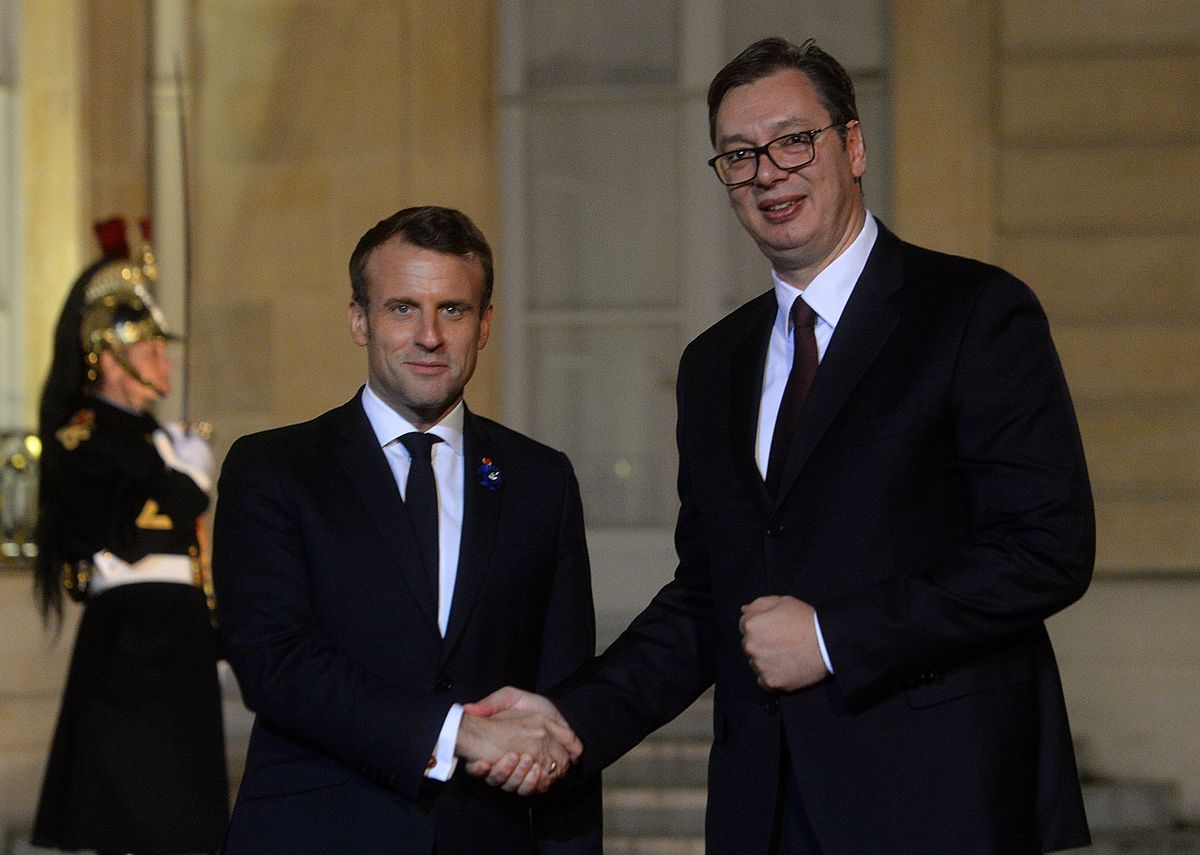 President Vučić emphasised that he had cordial, open and friendly talks with President Macron.
„I had a very cordial, good, open and friendly conversation with Macron. I would split it into three parts. We talked about Europe's overall future as well as what we can expect, what we can hope for in the future and what Europe can agree on and what it has to offer".
In the second part of the talks, President Vučić asked for the support of President Macron for the regional initiative of Serbia, North Macedonia and Albania. 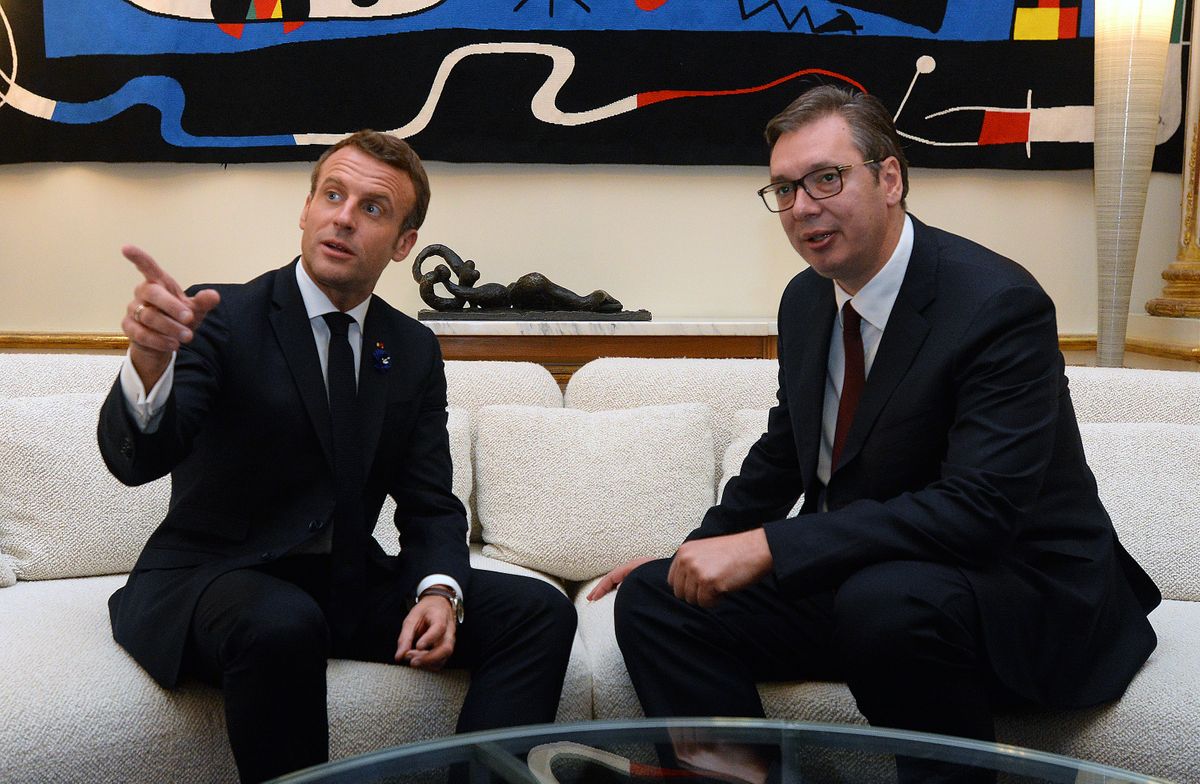 "I asked Macron for the support and I am convinced that we will get it publicly because the initiative is based on the four fundamental freedoms promoted by the EU, which are universal. I have also presented an assessment of the World Bank. We have obtained the official World Bank data that if we had the Western Balkan Six in the initiative, the total savings would be 3.5 billion Euros, and for Serbia alone, 1.5 billion", said President Vučić.
He stressed that it is a tremendous saving and that 1.5 billion Euros for Serbia means an immediate increase in pensions by ten per cent and 16 per cent increase in salaries.
President Vučić said the third part of the talks was about relations with Priština.
"Europe is awaiting the formation of the Government in Priština. I believe they will then invite all sides to talk and find some compromise. I am not certain it will be easy, but Macron believes that what we talked about in Belgrade is that it is possible to find a compromise solution", said President Vučić. 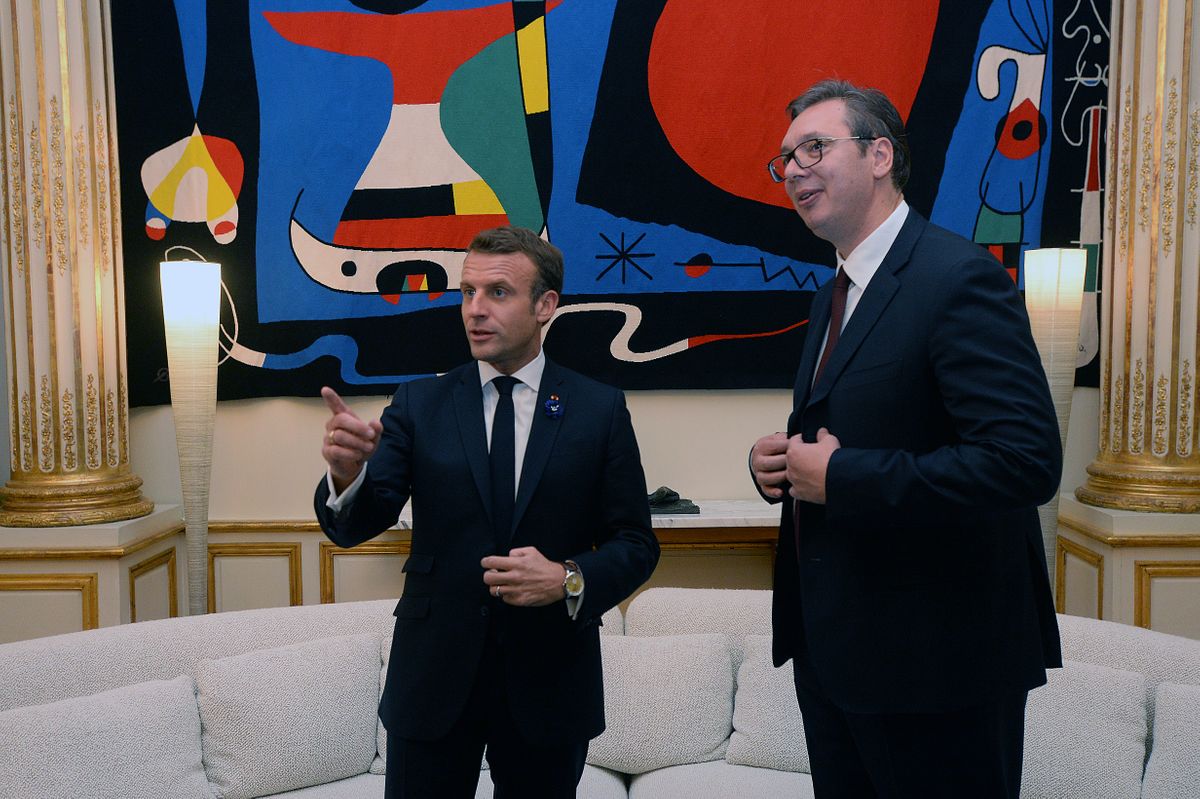 President Vučić indicated that he could not speak about the conclusions of the talks, which were concrete and good, but said that President Macron had a sound perception of the situation. He added that they had agreed to have an extensive telephone conversation by December after the formation of the government in Priština, for Macron to hear his opinion, and to plan a meeting in January.
Paris, 11th November 2019
Share