Meeting with the representatives of Serbs from the region 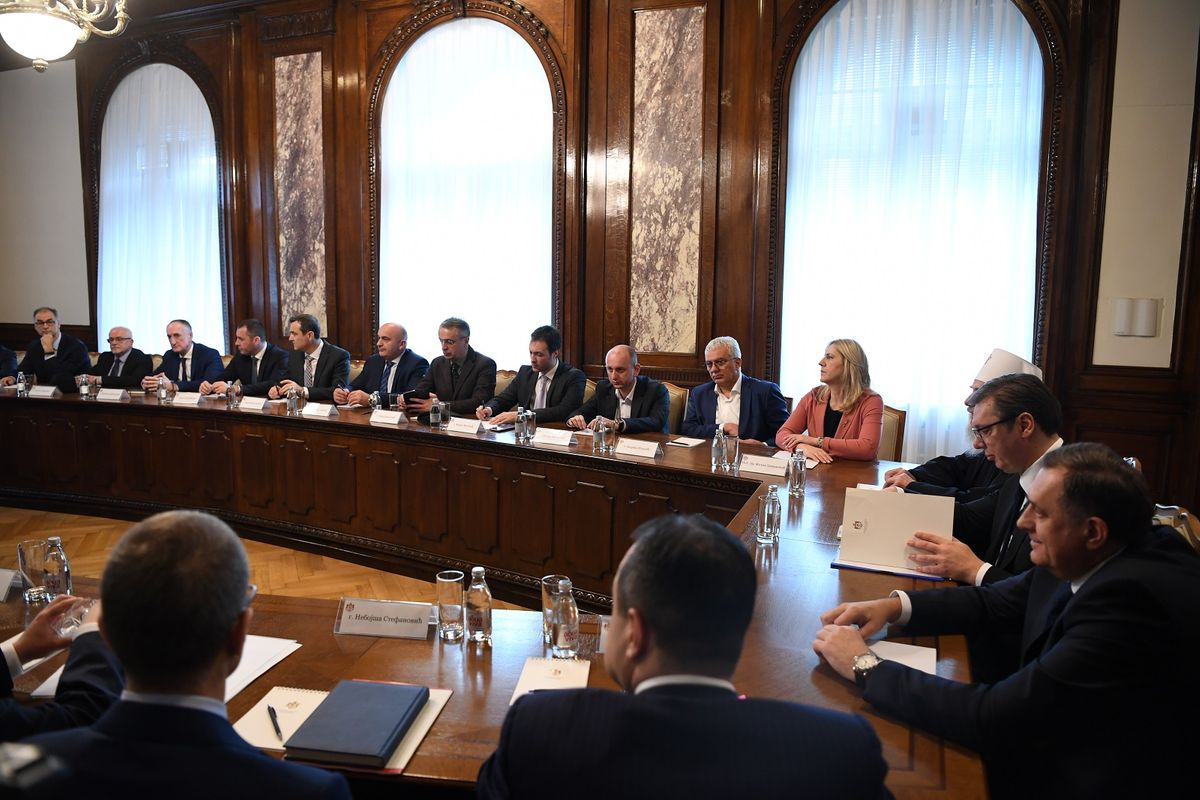 His Holiness the Patriarch of Serbia Irinej, said after the meeting that only the united people, as a nation, can overcome major crises.
"We have ascertained that Serbia faces a very big ordeal, which is nothing new for us. But we hope to live on with the same spirit, thoughts and desires for the good and prosperity of our people," said Patriarch Irinej, adding that we are not a populous nation, but that we can survive under these circumstances in the region and the world if we are united in the good, not in the bad. 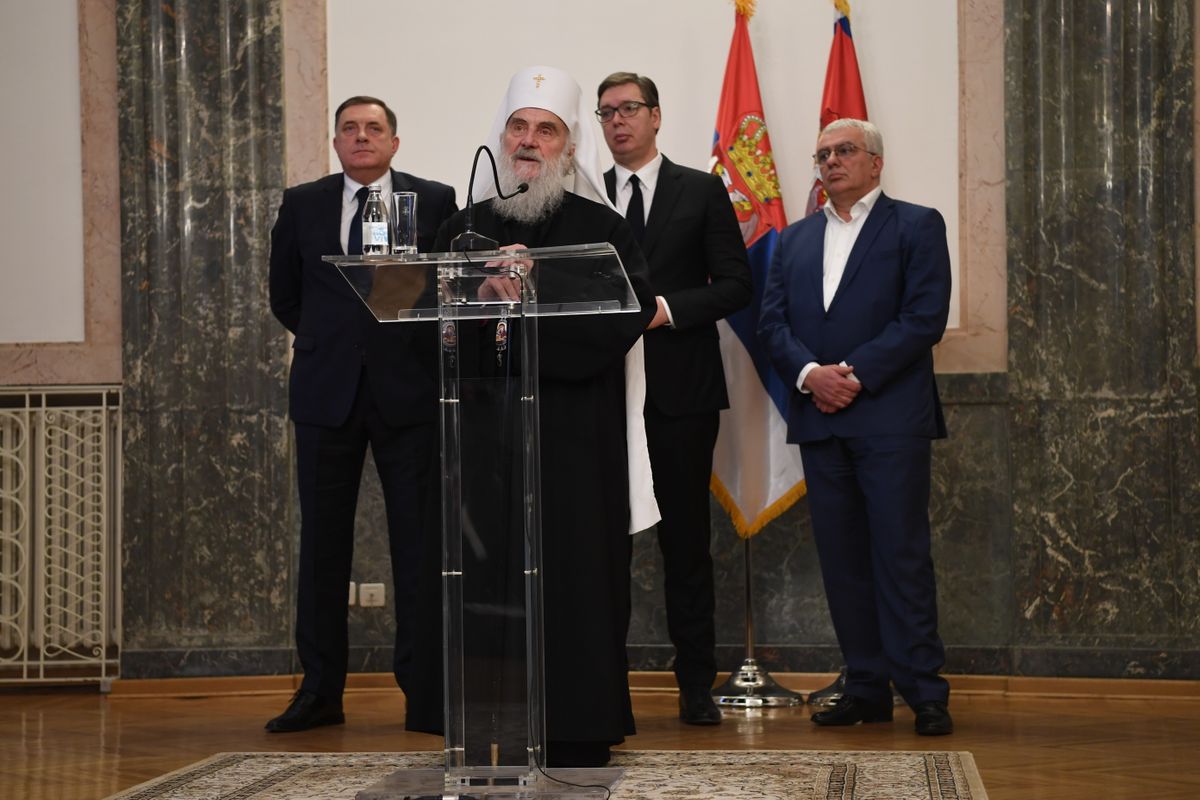 "We think that with our ingenuity and unity we will emerge on a good path and continue along this path and be worthy heirs of our culture," concluded Serbian Patriarch Irinej.
One of the leaders of the opposition Democratic Front in Montenegro, Andrija Mandić, said he was grateful to all the people who supported the Serbian people in Montenegro and expressed satisfaction with the attitude and solidarity of the Serbian President with regard to the problem of Serbs in Montenegro caused by the passing of the Law on Religious Freedom. 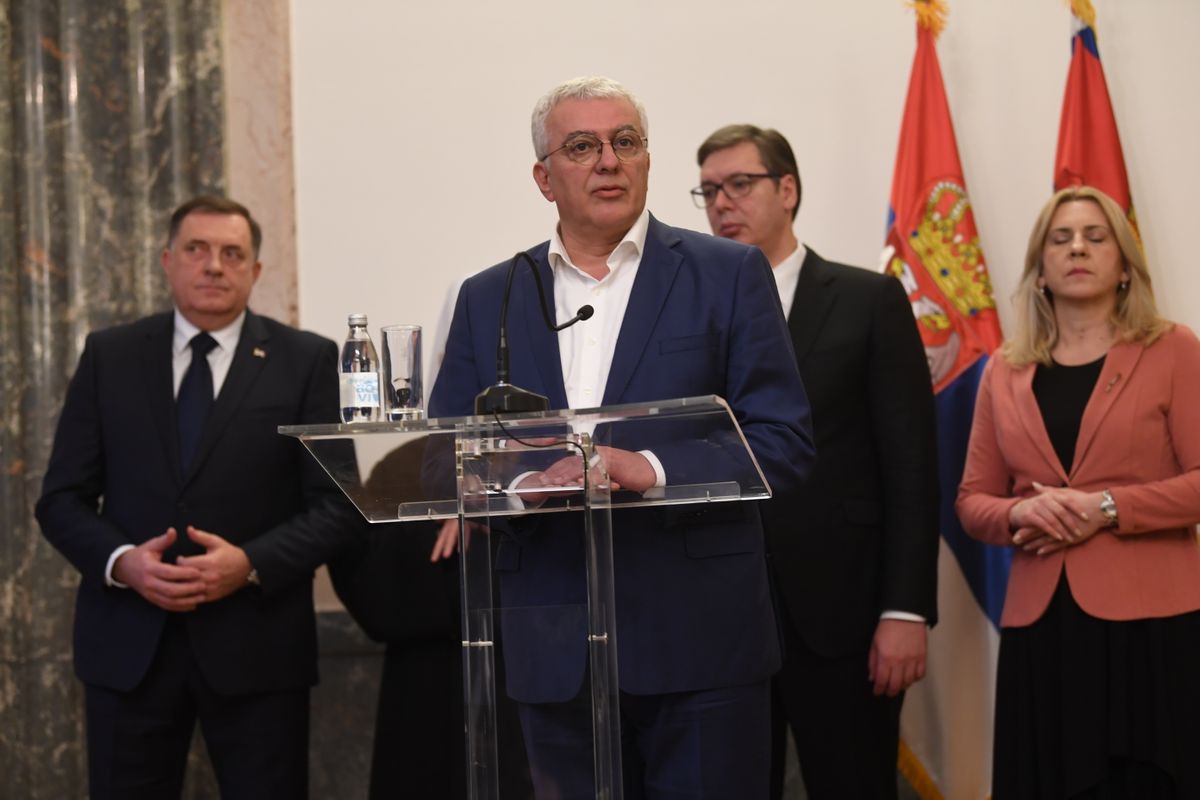 "We are very happy that even today it was confirmed that the strength of Serbian solidarity presented its most beautiful face after these events in Montenegro," said Andrija Mandić.
Serbian Member of the Presidency of Bosnia and Herzegovina, Milorad Dodik, pointed out that through the decision of the Constitutional Court of Bosnia and Herzegovina the property of the Republic of Srpska has been seized, following several judgments that the property belongs to the entities.
"This has crossed the red line and this is supported by Western countries," the Bosnia and Herzegovina Presidency Member Dodik said, stressing that he would not introduce any measure to harm stability and that the Republic of Srpska has institutional mechanisms to protect its rights.
President Vučić said they had gathered on Sretenje (the Candlemas Day) to hear each other, and stressed that Serbia, more than anything, needs peace. 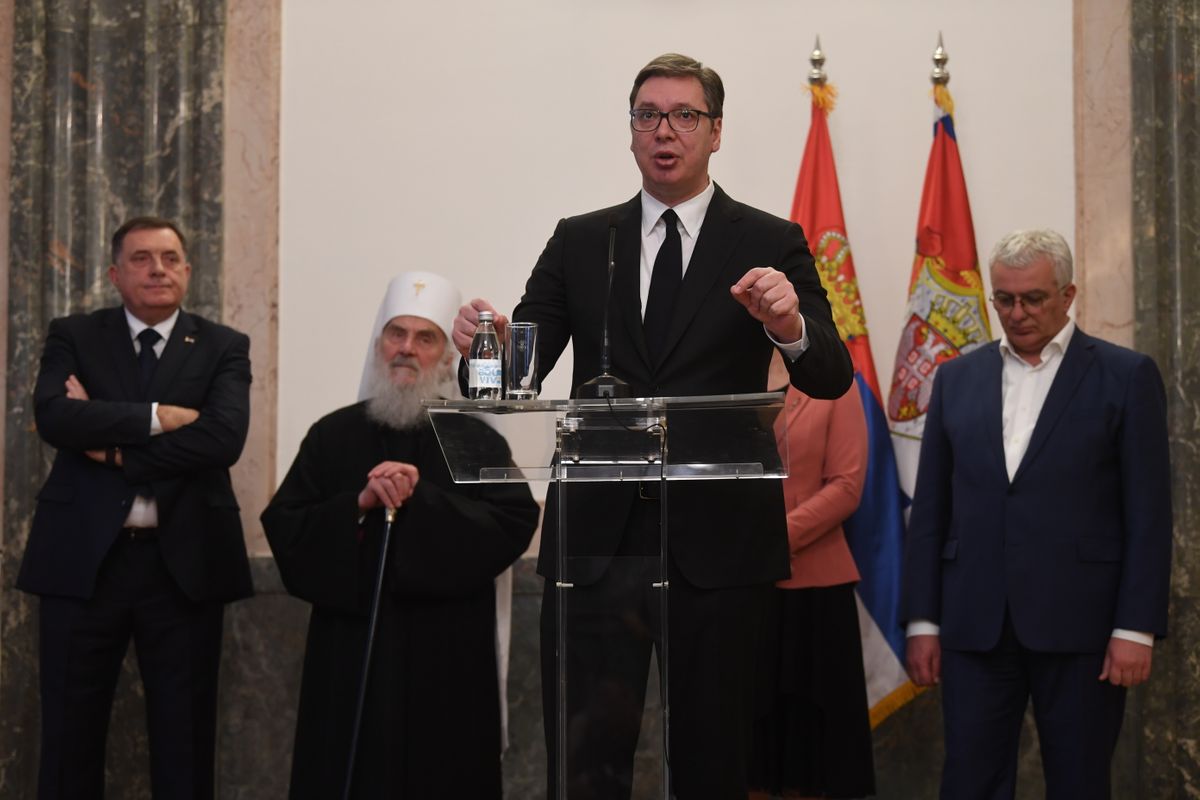 "Serbia is facing great political temptations at the moment when it is economically strongest in the last 50 years. We spoke about the need for unity and solidarity and to always be with our people in the Republic of Srpska and Montenegro. Serbia needs peace. It also takes time to empower Serbia, to have more children. We have to take care of it strategically. My plea is, above all, to keep in mind that the greatest success of Serbia is for how long peace can be maintained. We will be with our people and this is not brought into question," said President Vučić. He stressed that he understood the fears of Serbian Member of the Bosnia and Herzegovina Presidency Milorad Dodik and the President of the Republic of Srpska Željka Cvijanović and that he understands what the impact on the identity and property of the Republic of Srpska meant.
"We will continue to support the Republic of Srpska, but also our people in Montenegro through all institutions and will strive to preserve peace and stability," said President Vučić.
Belgrade,
15th February 2020
Share