President of the Republic of Serbia Aleksandar Vučić met earlier today with the US President Donald Trump's Special Envoy for Kosovo and Metohija, Richard Grenell, to discuss the economic growth and infrastructural connections of the region and the relations between Belgrade and Priština. 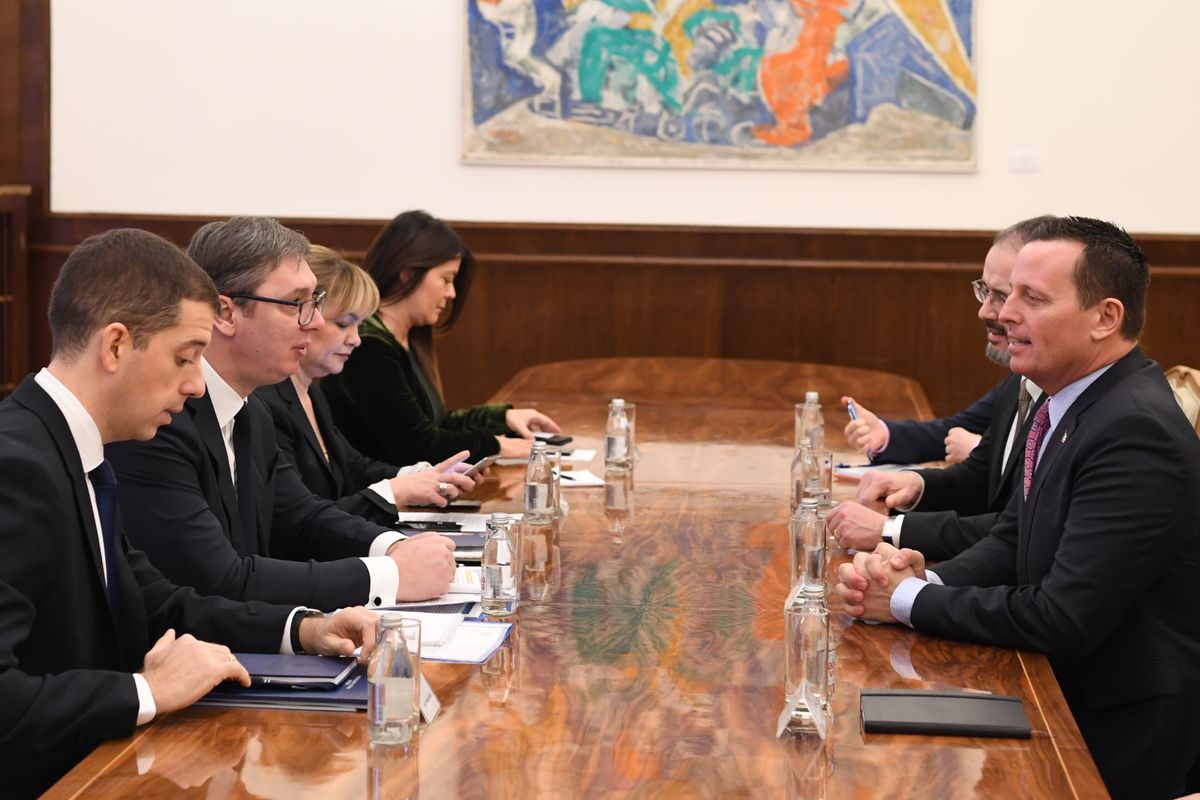 "Thank you for dedicating substantial time for Serbia, for our talks with Priština. Thank you for your hard work, enthusiasm and energy. We appreciate that very much," said President Vučić after the meeting, addressing Special Envoy Grenell.
President Vučić emphasised that they also talked about improving the living standard of our citizens and economic and infrastructural connections in the region. 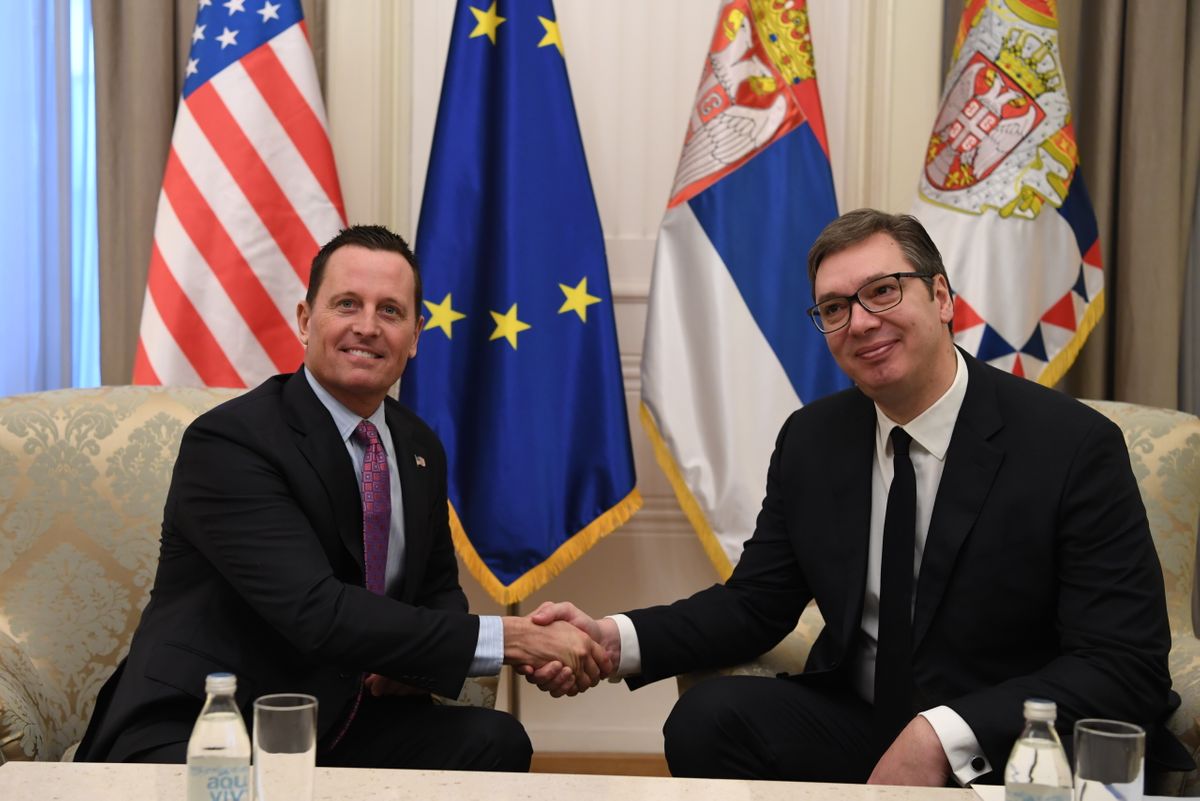 "As you know, there are no easy talks on whatever topic you bring up. I am grateful to Richard Grenell for taking a rational approach, and because - with a very strong agenda and a strong desire to move forward in our relations - he understood what the needs of Serbia are and what it is that Serbian citizens want. I have presented to Mr Grenell all the problems we have had since the introduction of taxes on goods from Central Serbia. We lost 435 million euros in one year. Our food industry, above all, is almost completely expelled from the Kosovo market. That is why I am grateful to Mr Grenell for having a sound understanding of the importance of always striving to reach agreements and overcome barriers in the modern world. It is of the utmost importance that the taxes to be abolished," said President Vučić, adding that they also discussed further infrastructural connections between Belgrade and Priština and the establishment of a railway line. He announced that a meeting with railway and road experts would be organized next week and that Serbia would continue to cooperate on key issues that do not harm anyone, as we seek more developed infrastructure and stronger trade relations. 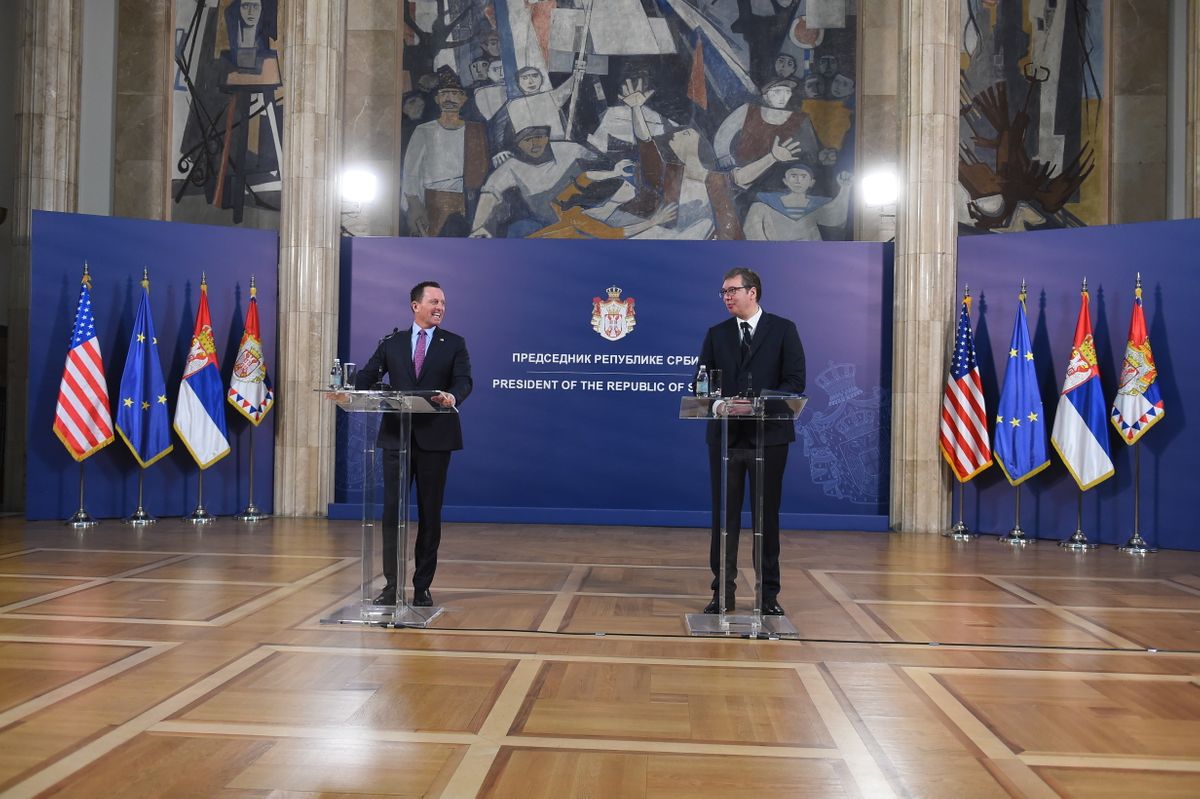 "I want to thank President Trump for the great attention he has given us, this is important to us and we must respect that. President Trump has an open invitation to visit Serbia, and please convey that invitation to your President," said President Vučić.
US Presidential Special Envoy for Belgrade-Priština negotiations Richard Grenell said it was nice to be back in Belgrade and conveyed the greetings of the US President. He said that yesterday in Priština, at the meetings with all leaders and the business community, he emphasised that 100 per cent taxes on Serbian goods must be dropped as they are unacceptable, but that the campaign for the withdrawal of Kosovo recognition must be stopped as well. 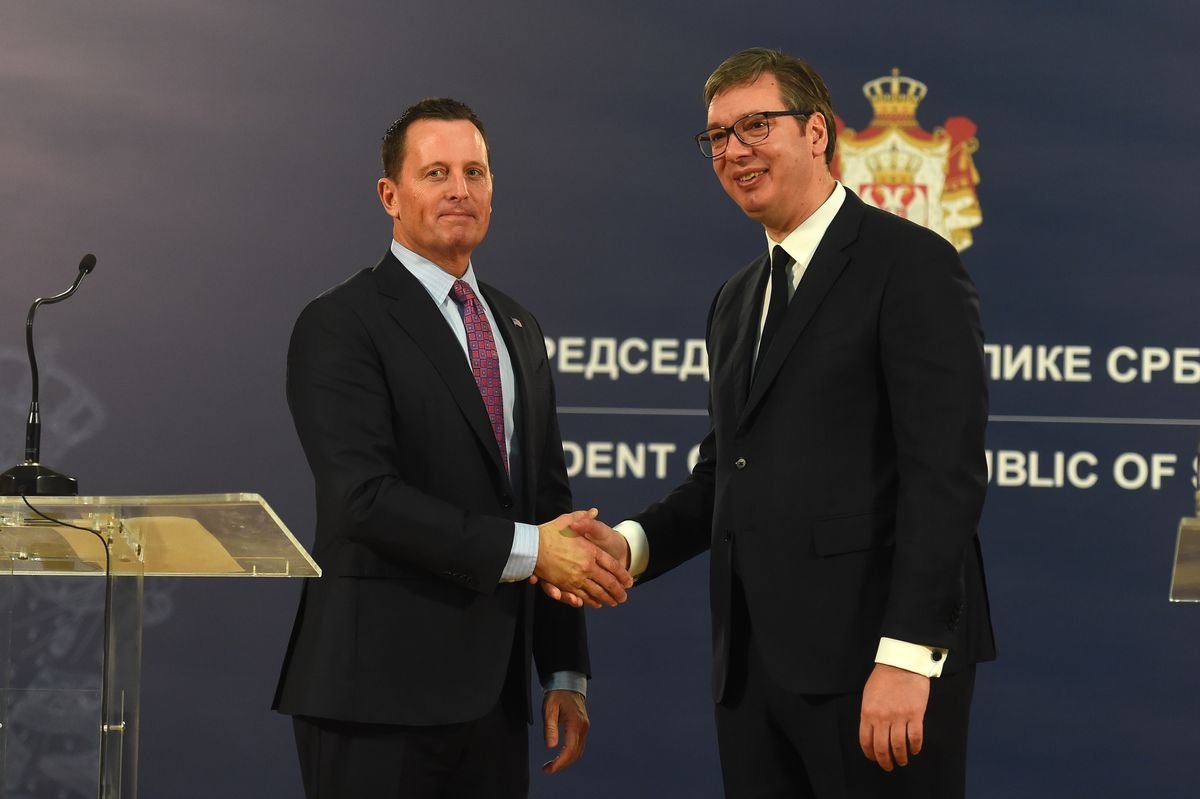 "It is not the government that creates wealth, it's the private sector. We are here to help with a focus on the economy, and we leave politics to you. I want to support you and help your economies grow," said Richard Grenell, pointing out that he came because of connectivity and that he does not have a high agenda. He stressed that we should move in the direction of economy, job creation, which means abolishing taxes, as it will lead to greater wealth and a more regular situation in trade.
"We are all focusing on that and I am convinced that we are going in that direction," concluded US Presidential Special Envoy Richard Grenell.
Belgrade,
24th January 2020
Received, thank you.Thank you!Thanks a lot.ОдговориОдговори свимаПроследи
Share