President of the Republic of Serbia Aleksandar Vučić welcomed tonight the Air Serbia plane carrying Sputnik V vaccines to Serbia and said that with 100,000 doses that arrived at Belgrade Airport tonight, Serbia provided slightly over 2,620,000 vaccines that are sufficient for the vaccination of 1.4 million citizens. 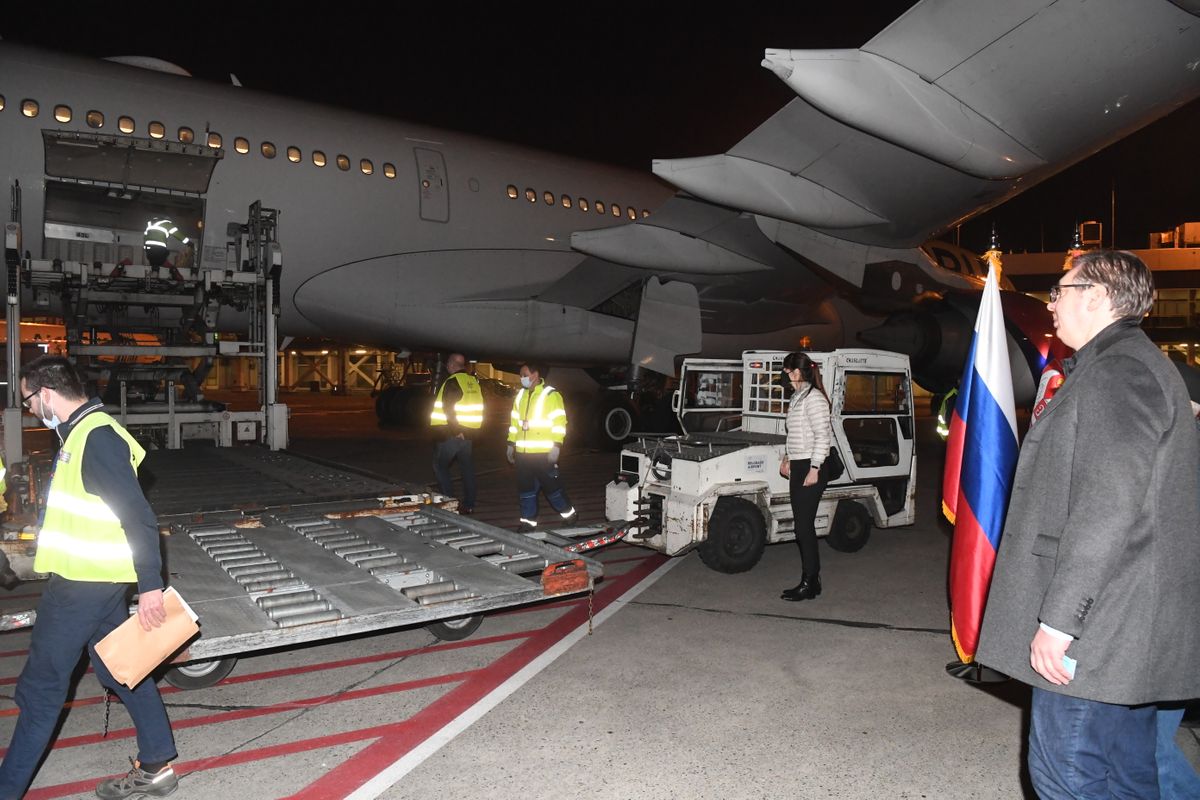 Addressing the media, President Vučić explained that this contingent consists of 100,000 second-element doses of the Russian vaccine, adding that the first and second doses differ in components.
"Our Russian friends complied with everything we agreed on and we are infinitely grateful," said President Vučić, emphasising his particular gratitude to the President of the Russian Federation, Vladimir Putin.
"We are aware of how many problems Russia has faced regarding the pandemic, but they have had sufficient understanding for Serbia and they found a way to help. This is the result of our talks, but also of his will and desire to help the Serbian people," said President Vučić, adding that in the coming period an essentially important work lies ahead of us, and that is - the production of Sputnik V vaccines in Belgrade. 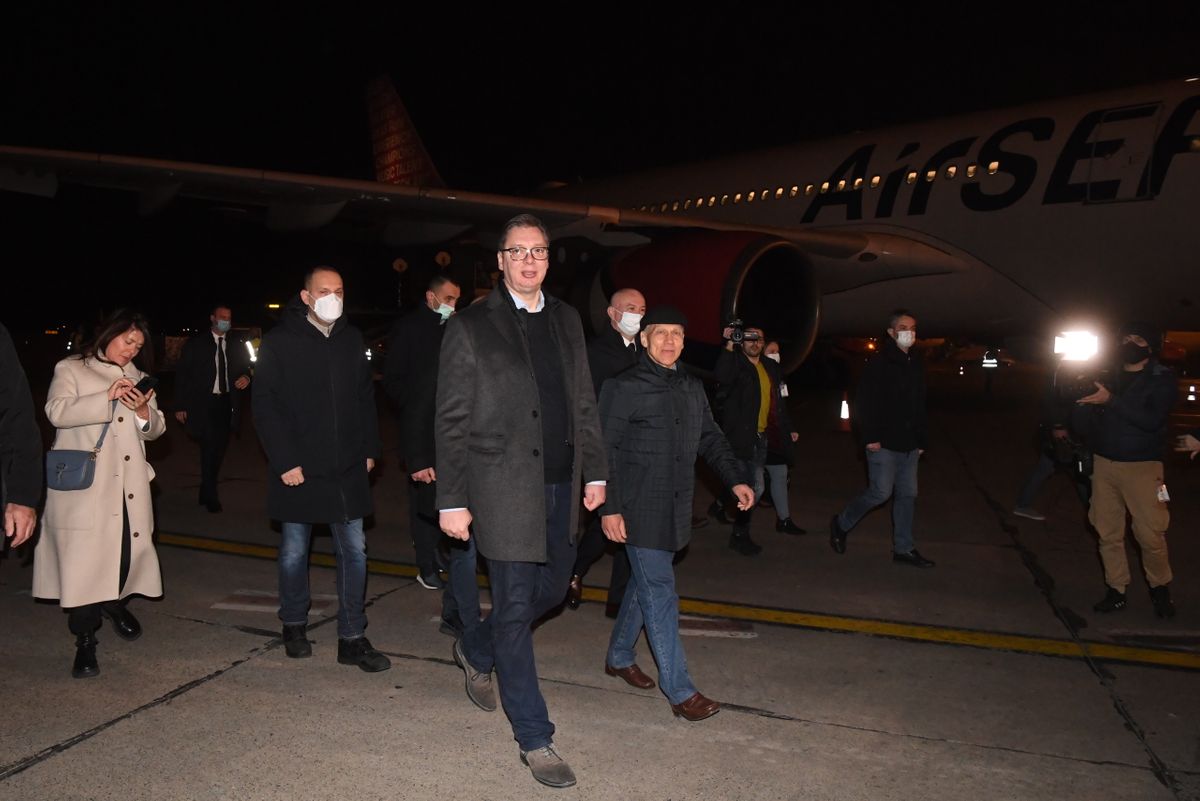 "It would solve the problems in the long run, because the coronavirus will not go away and disappear; we will just have to get vaccinated regularly and procurement is not a problem for us. It is a big and difficult task and I am infinitely grateful to our Russian friends and President Putin for giving us a chance to enter the production process, which, I believe, will enable the transfer of technology and knowledge", stressed President Vučić and added that the capacities of Torlak would be up to 20 million doses and that all quantities exceeding five or six million doses would be distributed to everyone in the region.
"We have provided vaccination and revaccination for 1.4 million people. That is more than 20 per cent of the population and over 25-26 per cent of adults. I am proud of Serbia, its citizens, our work. We managed to provide this thanks to our friends and our independent policy", President Vučić pointed out. 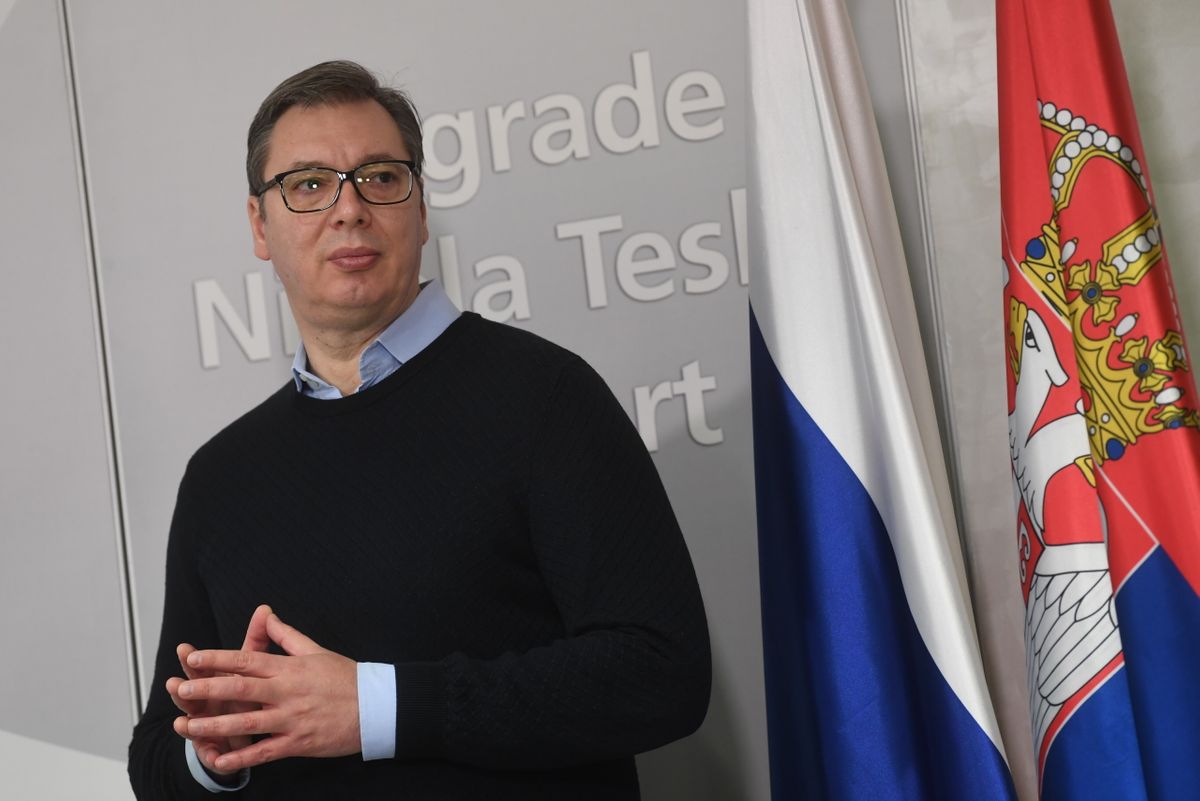 The Ambassador of the Russian Federation to Serbia, Alexander Botsan-Kharchenko, thanked President Vučić for the highly evaluated cooperation between the two countries.
"Today's event shows that our cooperation in combating the pandemic and the consequences of the pandemic is proceeding according to the plan - fruitfully, constructively and following agreements at the highest level between Russian President Putin and Serbian President Aleksandar Vucic," said the Russian Ambassador, adding that the cooperation underlined that we are friends and that we have fraternal relations. He said that Russia would do everything possible, based on the agreements and contracts, so that soon - perhaps as early as June - Serbia gets the opportunity to pack and distribute vaccines, and by the end of the year, produce Sputnik V.
Belgrade,
28th February 2021
Share