President of the Republic of Serbia Aleksandar Vučić is staying on a two-day visit to the Republic of Slovenia, where he participated today in the leadership panel of the 15th Bled Strategic Forum "Europe after Brexit and Kovid 19". 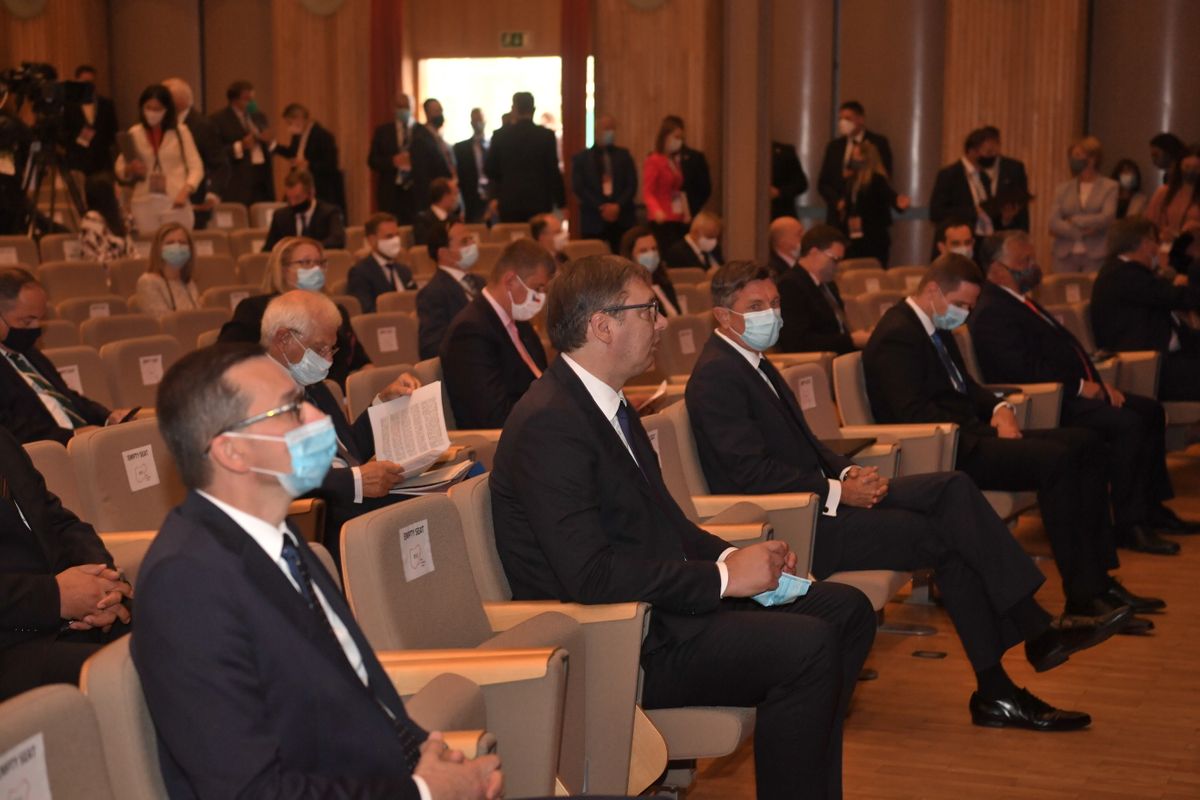 President Vučić said that Serbia belongs to the European Union, that it needs it, but also that the Union should show more respect for the Serbian people.
"Yes, we would like to belong and join the club, and we have much support from the EU. We have never underestimated the support we have received so far, but at the same time we have our own opinion, and we see what is happening within the Union, between the EU and the USA, "said President Vučić at the leadership panel of the 15th Bled Strategic Forum. He added that there is a part of the citizens who do not support European integration, especially because of the Kosovo issue, but that it does not affect the political decision that Serbia remains on the European path. 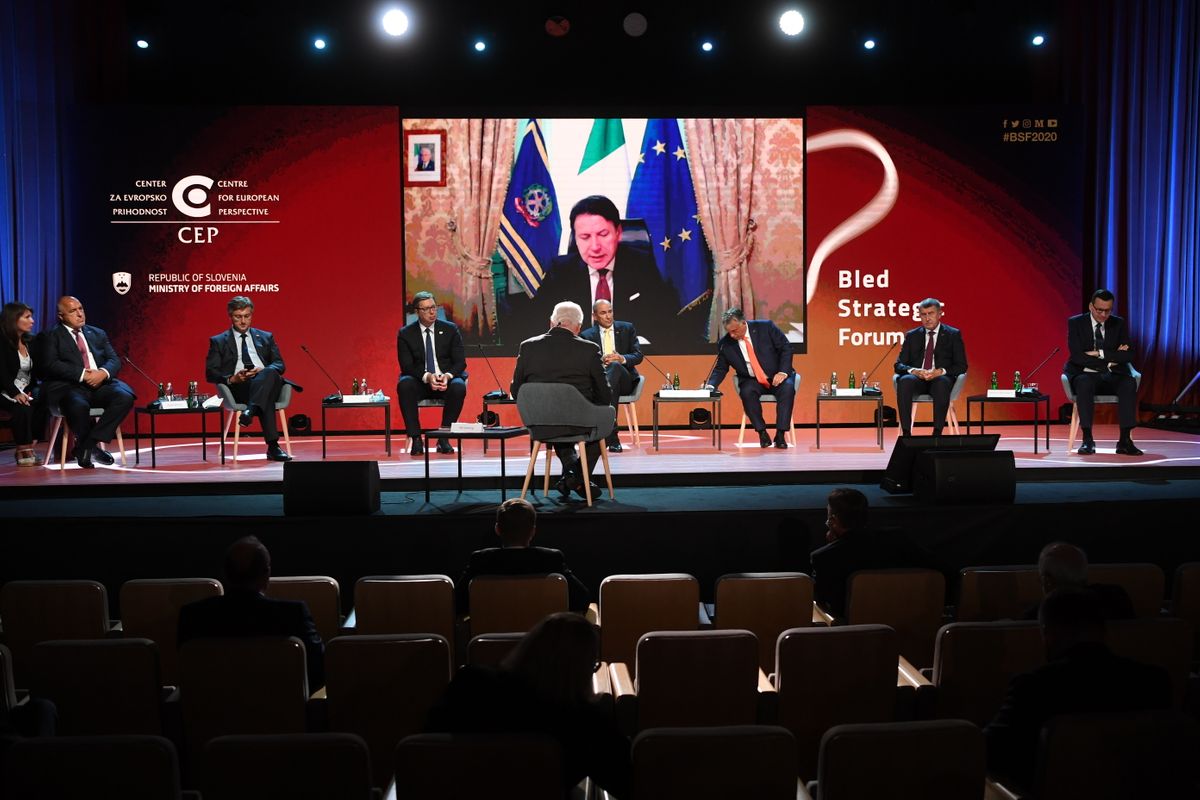 "Perhaps the people from the EU also expected more respect from our side. Both sides should do as much as they can to improve things. I must say that this is something we have to do for the common good," said President Vučić, adding that Serbia is on the European path, although we observe many difficulties and we do not belong to advanced economies. He emphasised that Serbia must cooperate with the Union and the United States on the issue of Kosovo, pointing out that the political status will be discussed under the auspices of the EU, and economic issues with the United States. 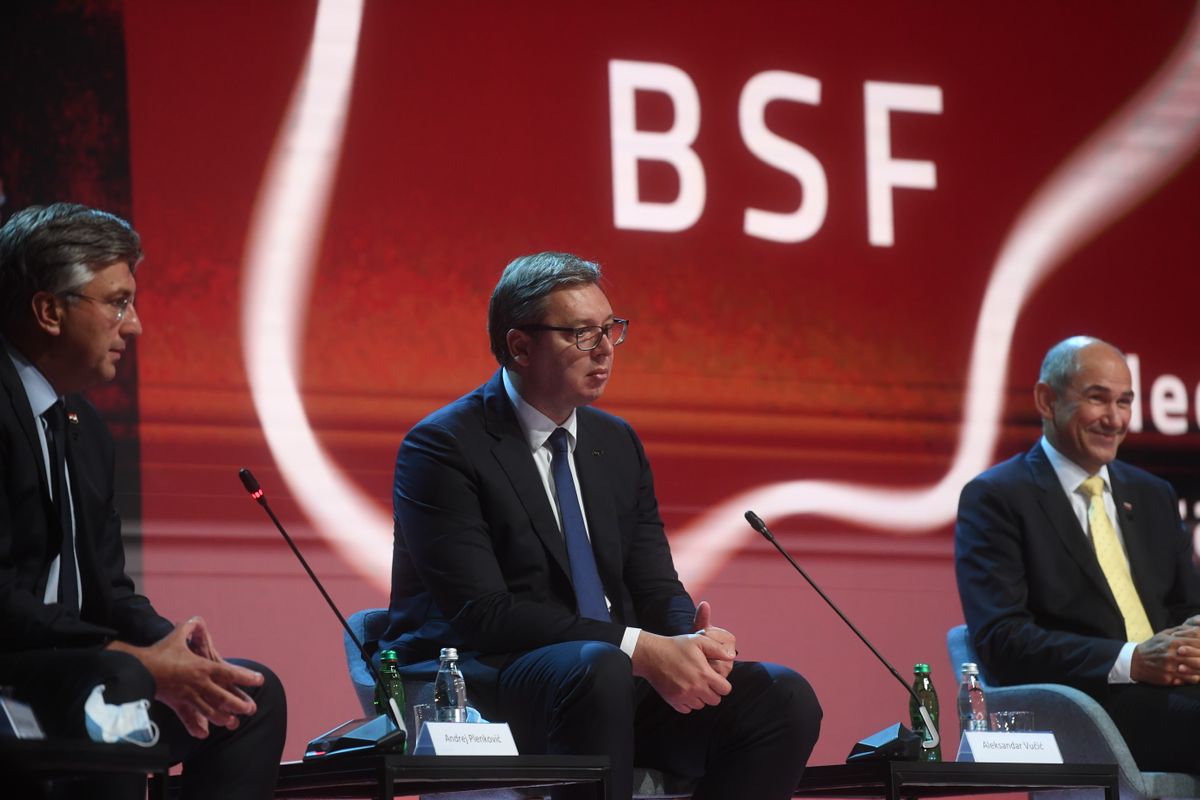 President Vučić pointed out that Serbia belongs to Europe and that we need Europe, including everything related to European values, efficient and independent judiciary, but also a better life for our citizens, including peace and stability that will be guaranteed to our people.
"We need to do the most we can to raise the EU's popularity and emphasise the contribution of the EU to the development of our economy and political system. On the other hand, many things within the EU need to change when it comes to the relationship with Serbia," said President Vučić and concluded that this could already be seen at today's meeting. 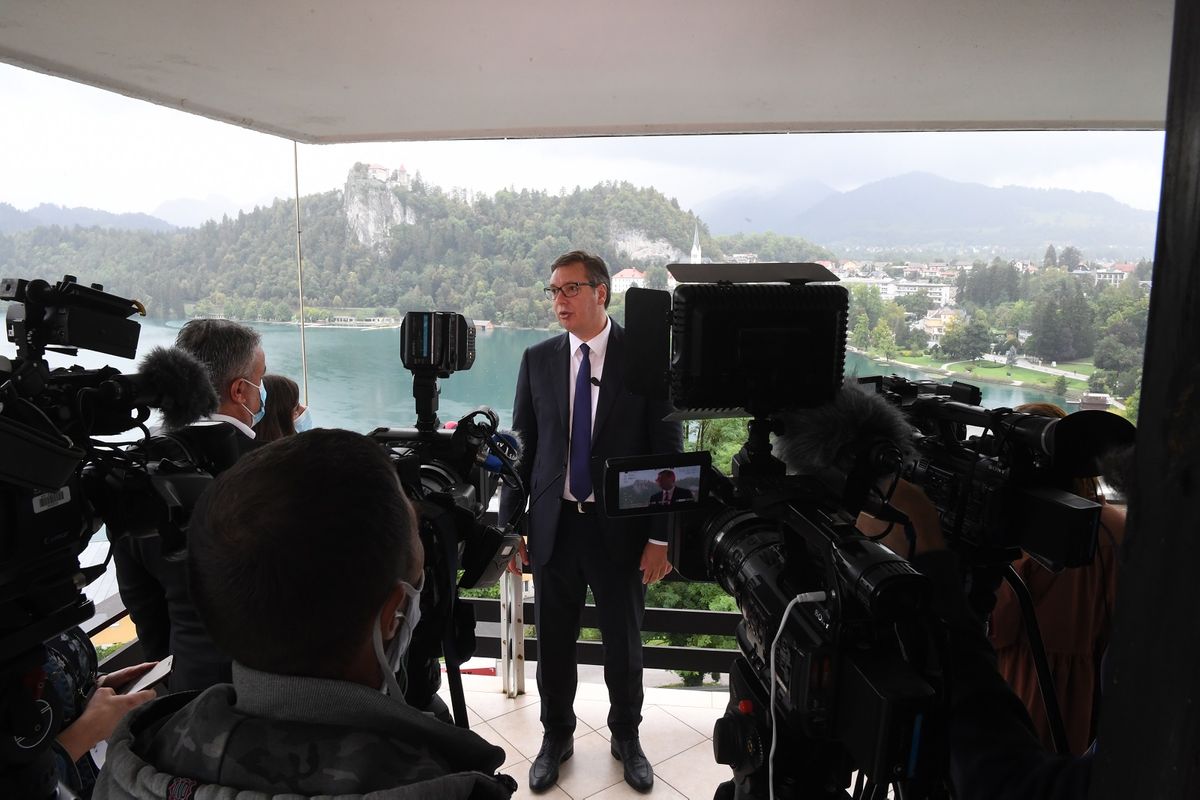 After the forum, President Vučić stated that the Prime Minister of Hungary Viktor Orbán pointed out today that it was essential for Serbia to be admitted to the EU, and that the Prime Minister of the Czech Republic, Andrej Babiš, proposed Serbia's rapid admission to the Schengen Area.
"For our citizens and the economy, this would imply cross-border flow without restrictions. I do not have to say how much our economy would earn, and to what extent life would be easier for all our citizens. As a representative of a small country, I was rather restrained. There were rather interesting things, and the emergence of a new view is noticeable in Europe. I listened and studied carefully, but I also pointed out the double standards," said President Vučić, addressing the media.
Bled, 31st August 2020
Share