On the eve of the opening of the World Economic Forum in Davos, President Vučić said it was a great place to hear a lot in a short time and to make important contacts to the benefit of Serbia.

"It is very important for Serbia to be in Davos and to be well represented," said President Vučić, adding that this is the sixth year that our country is represented at the largest economic forum in the world. He emphasised that this is essential for improving Serbia's position, through talks with business people, whom he urges to invest in our country. 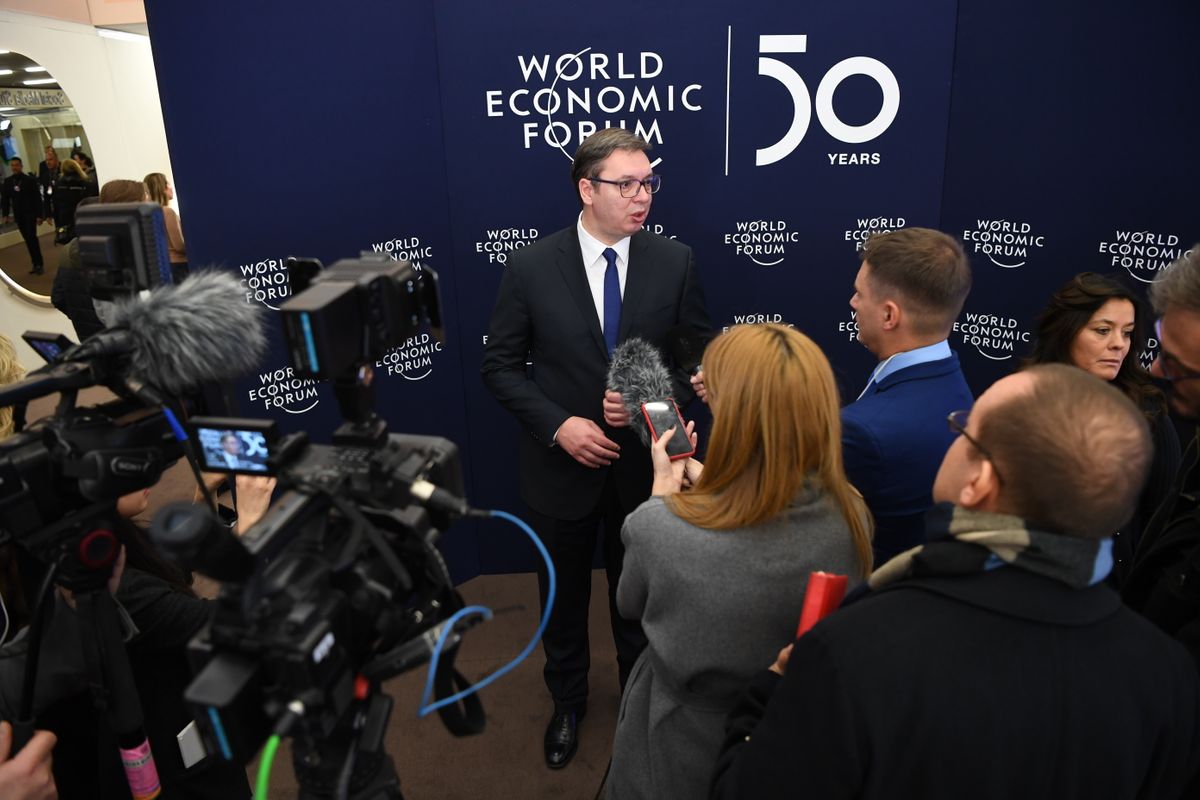 "Here, at Davos, we have the opportunity to speak about our investment environment, the results we have achieved, about one of the highest growth rates in all of Europe and to invite businessmen to invest in Serbia, to improve the standard and quality of life of our citizens. I am grateful for the opportunity to be here. This is vital for us because of the political contacts as well," said President Vučić, announcing that he will take part in two important panels: the first one concerning economic growth in our region and the second one relating to the politics in the Western Balkans and how we perceive our future.
President Vučić attended the official opening ceremony of this year's Forum and the presentation by the European Commission President Ursula von der Leyen and had talks with many officials on the first day of his stay in Davos.
On the second day of his visit, before the panel "Diplomatic Dialogue on the Western Balkans", President Vučić met with the Prime Minister of the Republic of Croatia Andrej Plenković.
President Vučić attended today the audience addressed by the US President Donald Trump, followed by the meeting on the sidelines of the Forum with the US National Security Advisor Robert O'Brien, featuring the mutual desire to further improve Serbia-US relations. 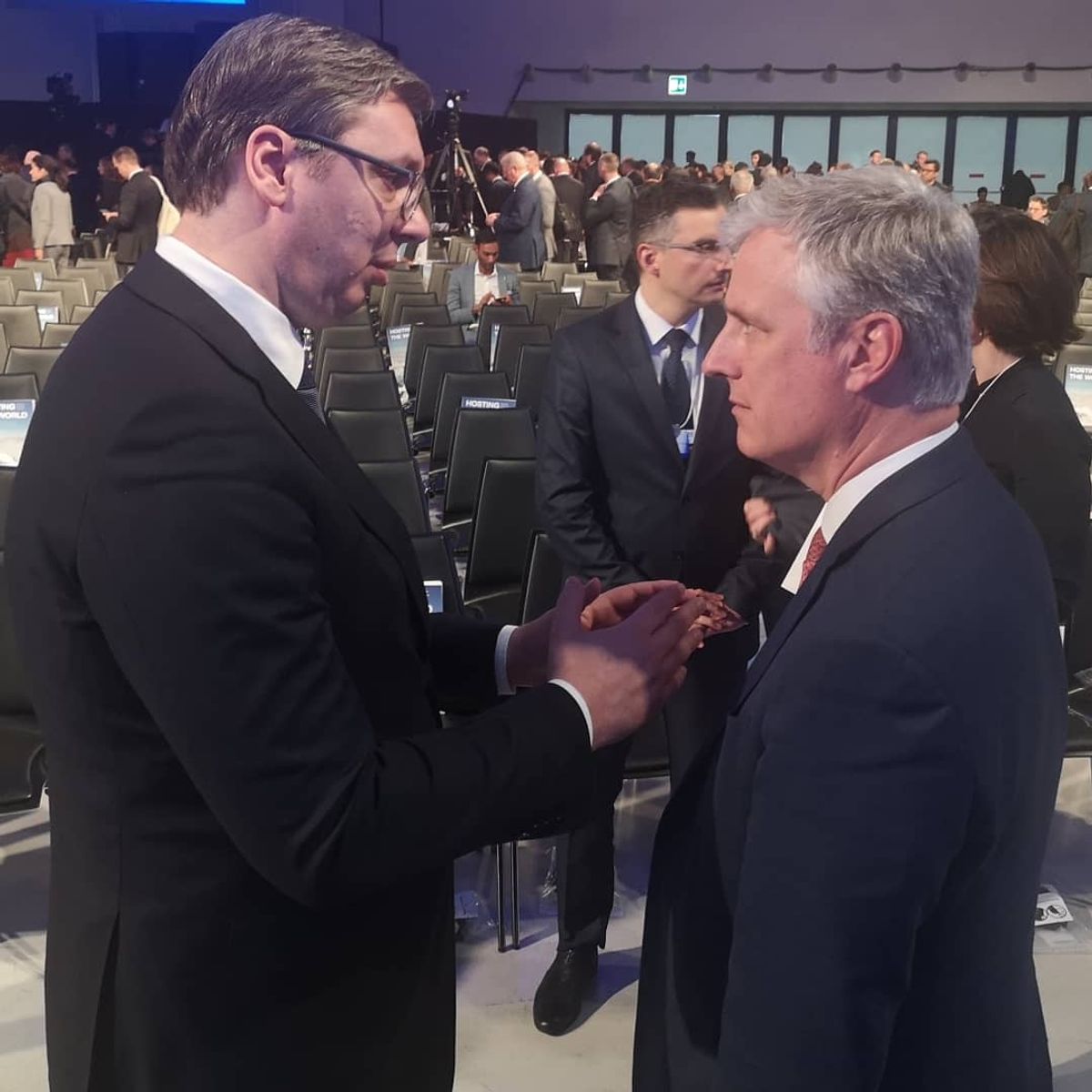 "The talks with President Trump's National Security Adviser, Robert O'Brien, are of utmost importance to us. We had an open, honest and very friendly conversation. I told him that we are the only country, not only in our region but in a wider surrounding, that supported the election of President Trump and that we would like very much to welcome him to Belgrade, as well as Mr O'Brien. We talked about US-Serbian relations. Relations with the most powerful country in the world are very important for Serbia. We noticed a difference in comparison to the previous administrations, as this one now shows respect for Serbia. Advisor O'Brien spoke in a respectful tone about our country and our people and expressed his readiness to cooperate on all important issues," President Vučić told the media after speaking with President Trump's National Security Advisor. 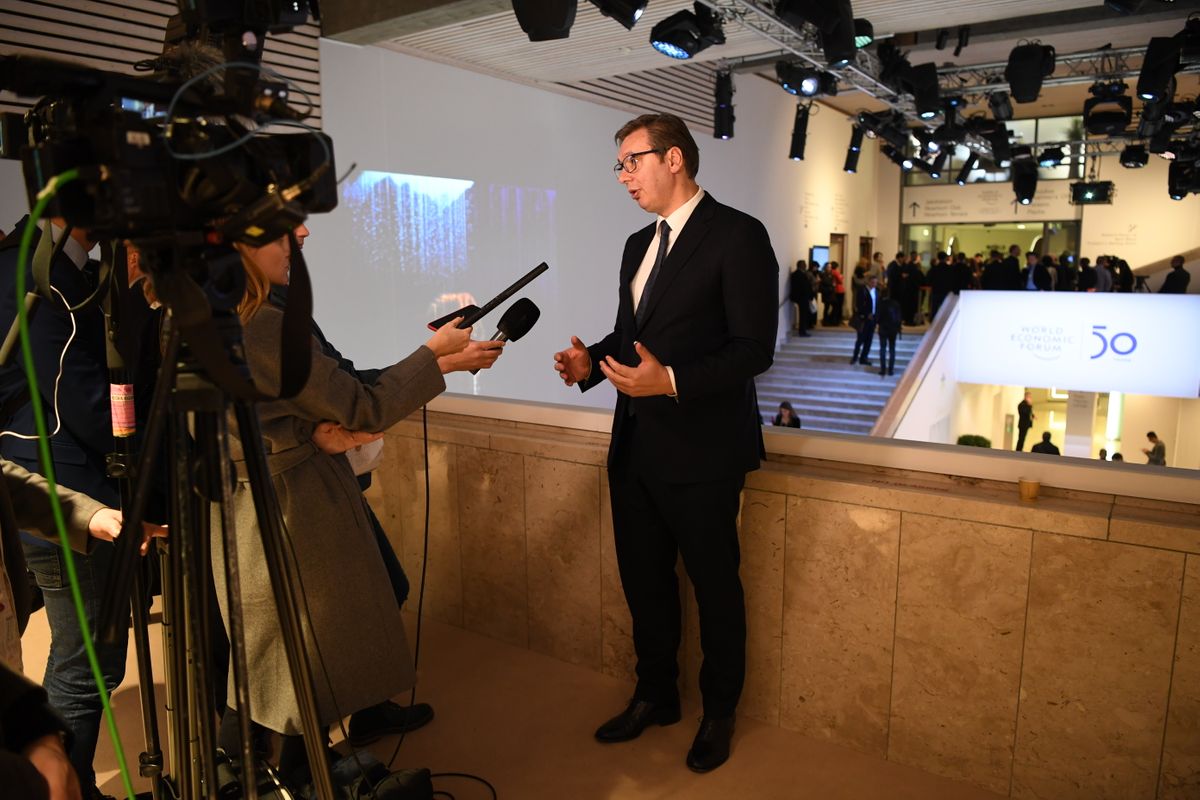 At a working lunch with the topic "Generating Growth for Central and Eastern Europe", President Vučić spoke with the Presidents of Poland and Lithuania, Andrzej Duda and Gitanas Nausėda, and met with the President of the European Bank for Reconstruction and Development, Suma Chakrabarti. 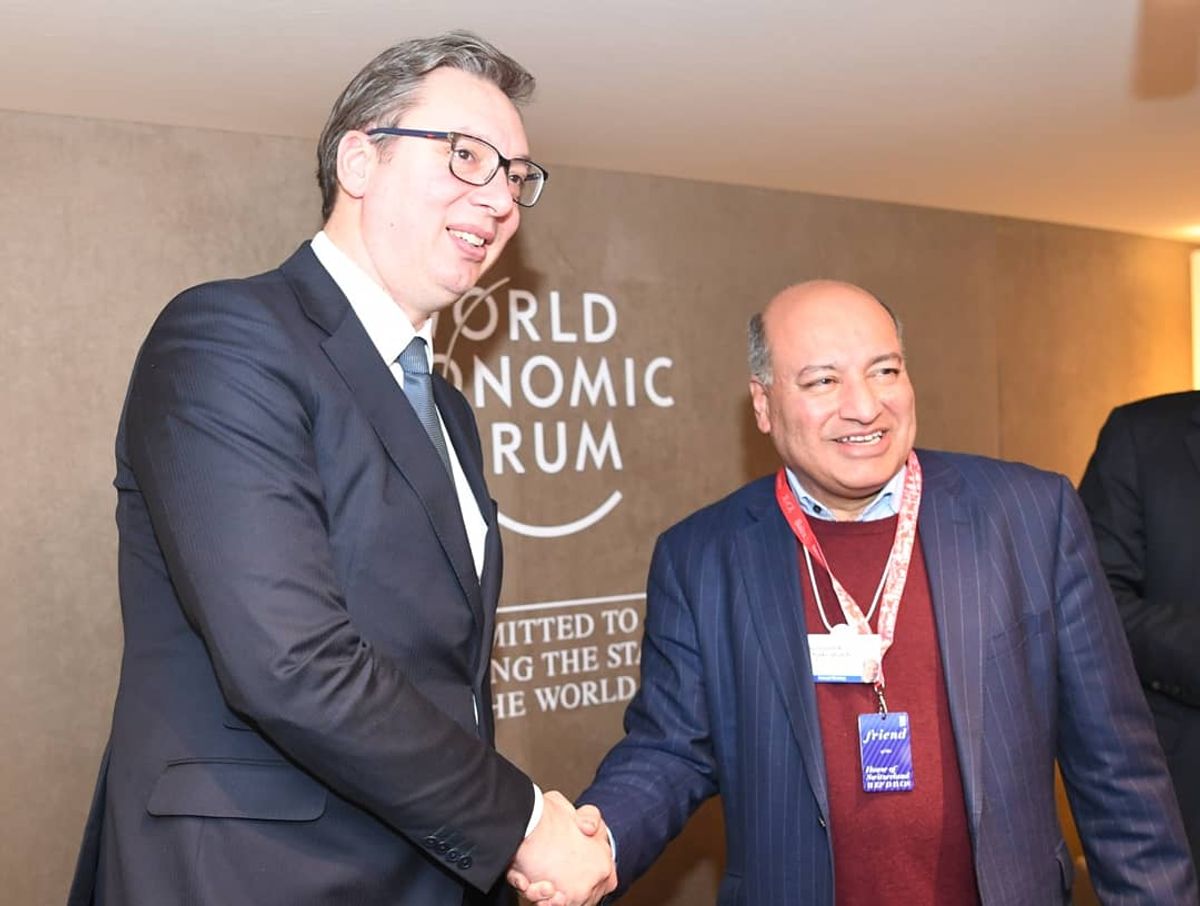 "As for the economy, everyone congratulated Serbia, even the people from the European Bank for Reconstruction and Development. They had no objection as to the Serbian economy. EBRD President Chakrabarti said this was a record year for Serbia. I spoke about our plans and the transition from the basic to the operating level, and that we need more dual education to prepare for the future. I was talking about brain drain and how we are in a hurry to increase salaries so that we can retain the people in Serbia, but that is a process that takes time. We were also talking about the European path of Serbia, which has been on that path for 20 years now, and that we need to be told what their decision is and if they will present us with the possibility of the EU membership," explained President Vučić.
Share