President of the Republic of Serbia Aleksandar Vučić is staying in the Federal Republic of Germany on a one-day visit to take part in the Munich Security Conference, during which he already had several meetings with European officials.

President Vučić had talks today with the Acting Assistant Secretary of State in the Bureau of European and Eurasian Affairs Philip Reeker, with German MP Johann David Wadephul, Head of the Western Balkans working group in the Bundestag, and with European Commissioner for Budget and Administration Johannes Hahn.
Within the Munich Security Forum, President Vučić also met today with investors and invited them to invest in Serbia. 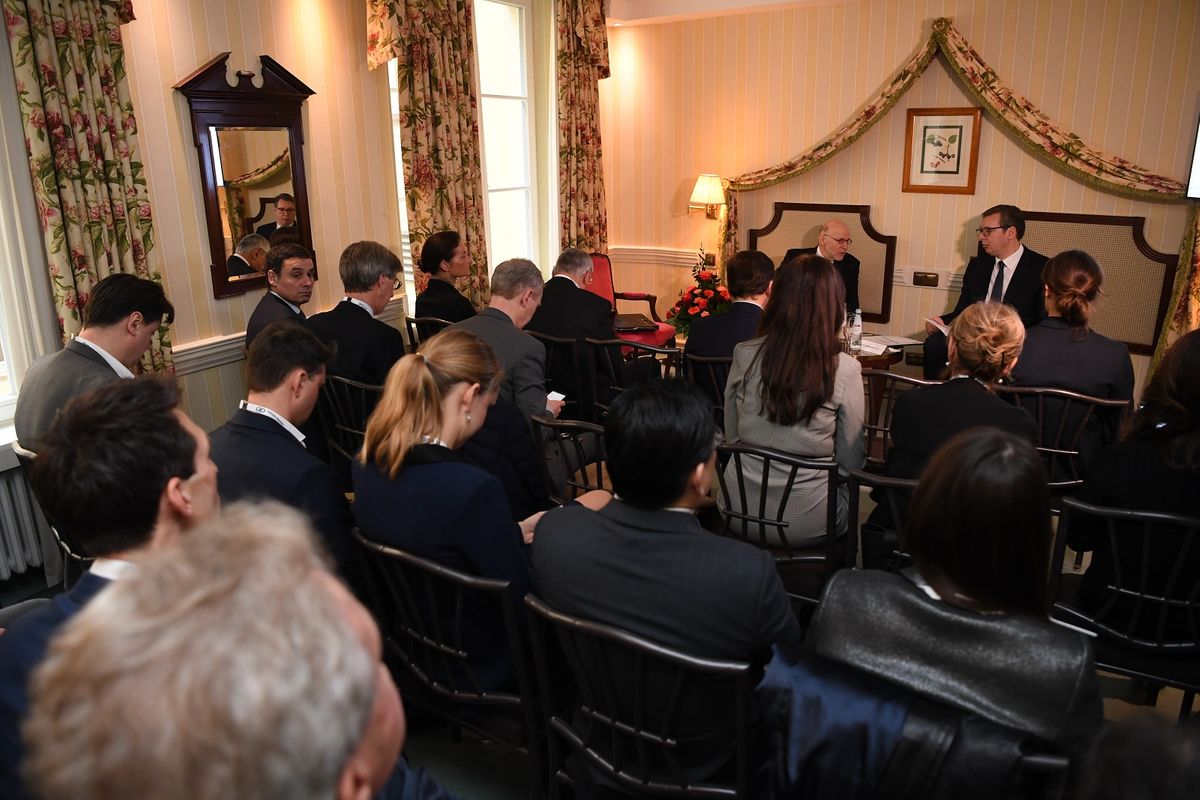 "Our objective is to present Serbia as a country with favourable business environment and as an attractive destination for investors and to move forward with investments," President Vučić said, adding that the investors are satisfied with the decline in public debt, Serbia's economic progress, lower unemployment, wages' and pensions' growth, but also with the rise of infrastructure and all we have achieved.
President Vučić also attended today the signing of a Letter of Intent for the establishment of the Belgrade-Priština railway corridor and the Statement of Intent for completing the construction of the highway from Belgrade to Priština. He said he was very happy with the progress in relations with Priština on establishing the transportation links that allow a free flow of capital, people, goods and services, and thanked the US President Donald Trump for his assistance. 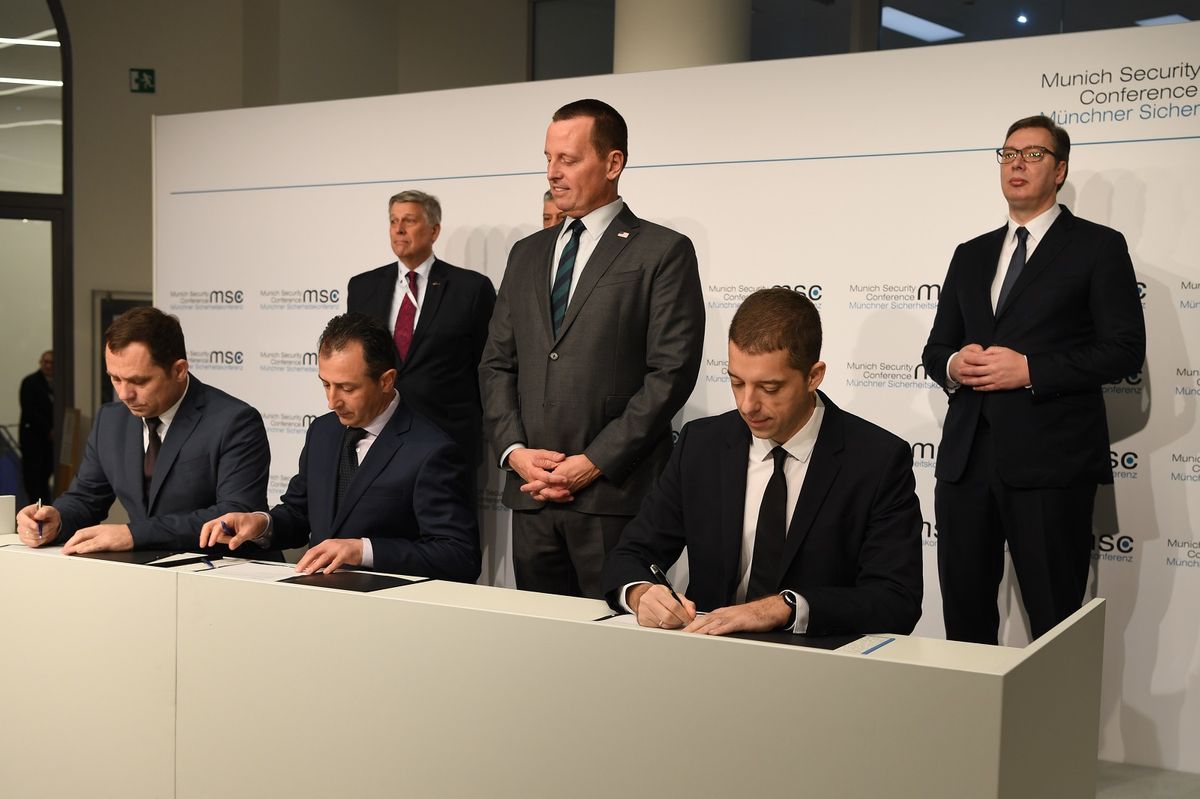 "This is a huge support for our people in Kosovo and Metohija, and it will be particularly beneficial when we get a highway to Priština," said President Vučić, adding that it would be of great importance to Serbs living in Gračanica, Kosovo-Pomoravlje and Sirinićka župa. He said that our side has done everything and that the first works on the total section through central Serbia will commence in the autumn.
President Vučić said that reaching the final agreement between Belgrade and Priština does not depend on political desires but on the political reality and willingness of Albanians to negotiate a compromise and reiterated that there are no status talks until the taxes are abolished.
"We can discuss things that represent an issue of economic progress, we have no problem with that, but we will not discuss the status until the taxes are abolished. That is a standing issue and we are waiting for the taxes to be abolished," said President Vučić, pointing out that it is "ridiculous to talk about tariffs in the 21st century at all," because trade must be free.
President Vučić told reporters that he discussed with the European Commissioner for Budget and Administration Johannes Hahn a broader range of topics relevant to Serbia and the region, and in particular - the quotas for steel exports. 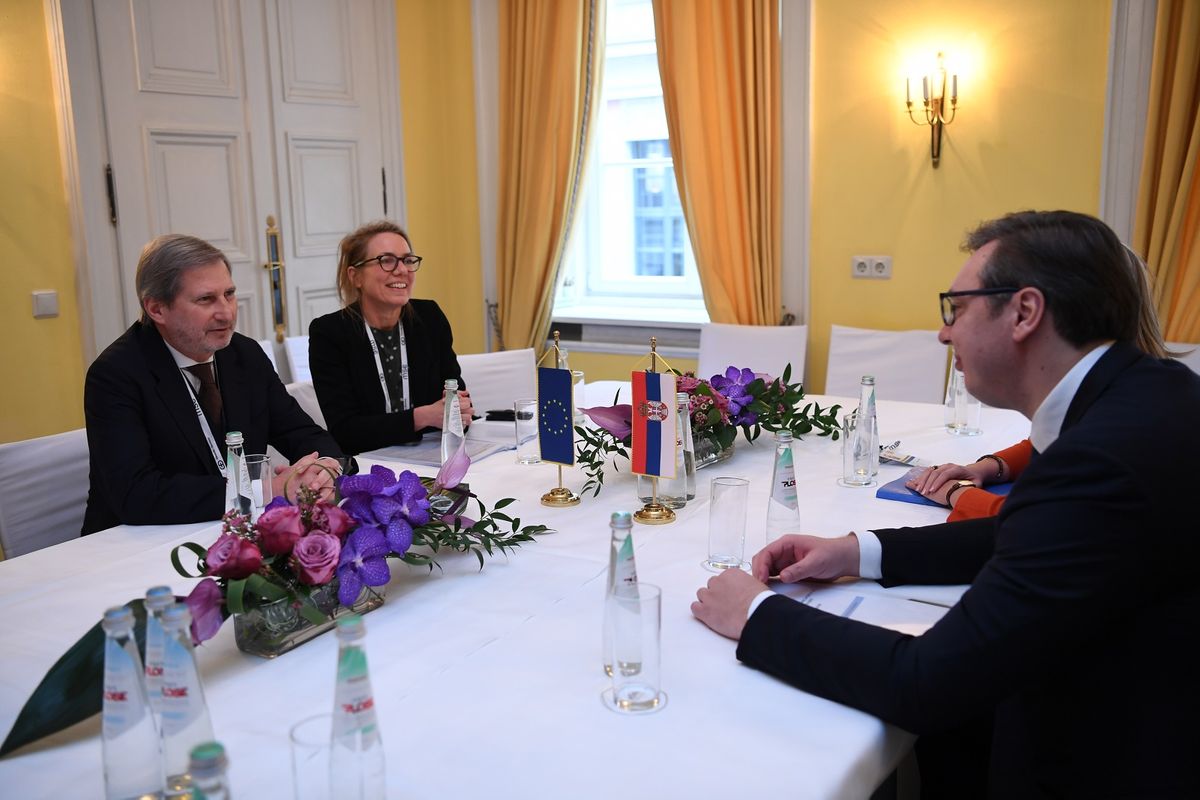 "We had a good meeting with Hahn. Since he is now the EU Budget Commissioner, I have asked again about Serbian steel. I thought it was important for us, this is the key issue because Smederevo's steel industry 'Železara' has become the largest exporter and the largest factory in Serbia", said President Vučić.
President Vučić said he was proud to have had the opportunity today to speak with Chinese Foreign Minister Wang Ji, adding that it was confirmed that President Xi Jinping would visit Serbia again, in such a difficult year for China. He added that Minister Wang Ji said that Serbia may be a small country in terms of population and territory, but that it is a large nation and an independent and sovereign country, which makes its own decisions. 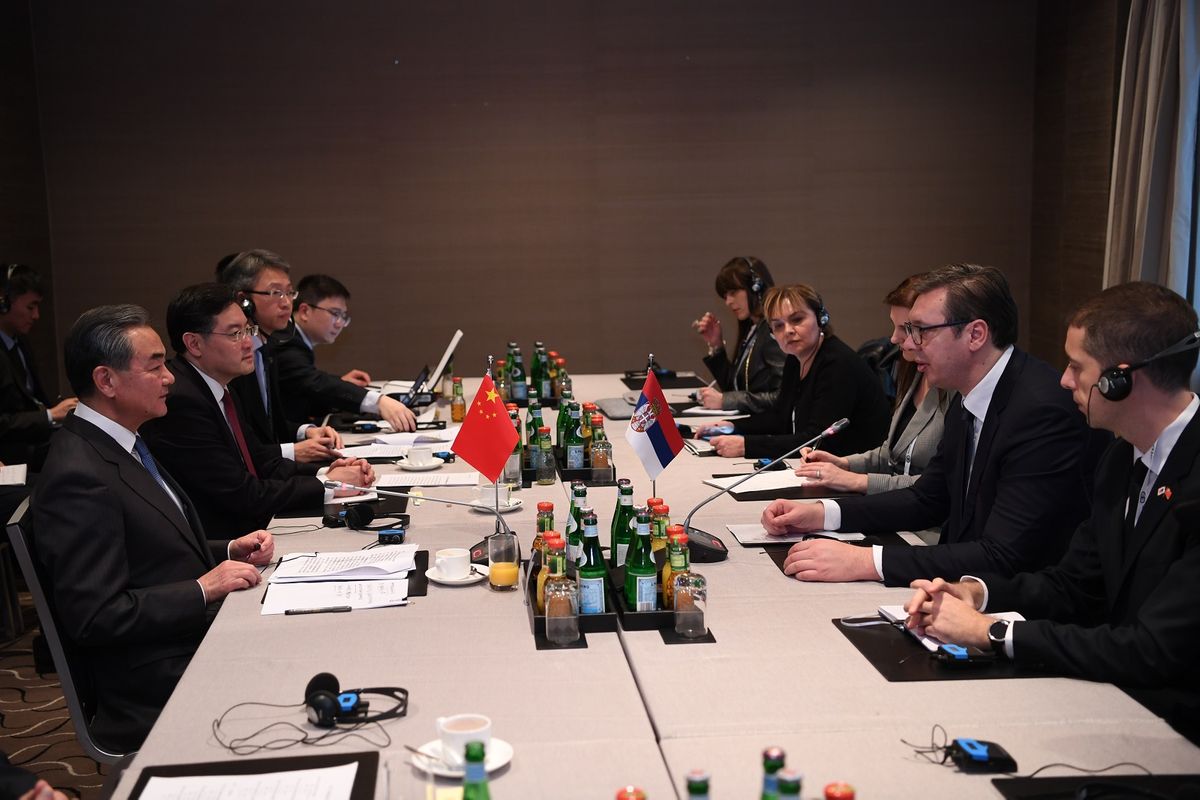 President Vučić participated in the afternoon in the round table on security in the Balkans, which was closed to the public.
"I fought for the interest of Serbia and protected the Serbian people, that is my job. There were many American and European representatives, prime ministers, foreign ministers, and it was my part to convey the truth and to protect Serbia and the Serbian people in the best way. There will be many problems that we will have to face due to the irresponsibility of some Kosovo representatives. I hope there will be a better time for some issues. It was also important to observe the inter-ethnic relations. We do not change the strategy, and we will prepare the tactics even better. We will assume the best approach for our country. I would like to see the possibility of a compromise," President Vučić said tonight, announcing the start of construction of the Niš-Pločnik road. He stressed the great economic importance of this highway and added that it would be a lifeline for people in central Serbia and for the Serbian people who live in Gračanica and the entire part of Kosovo-Pomoravlje. 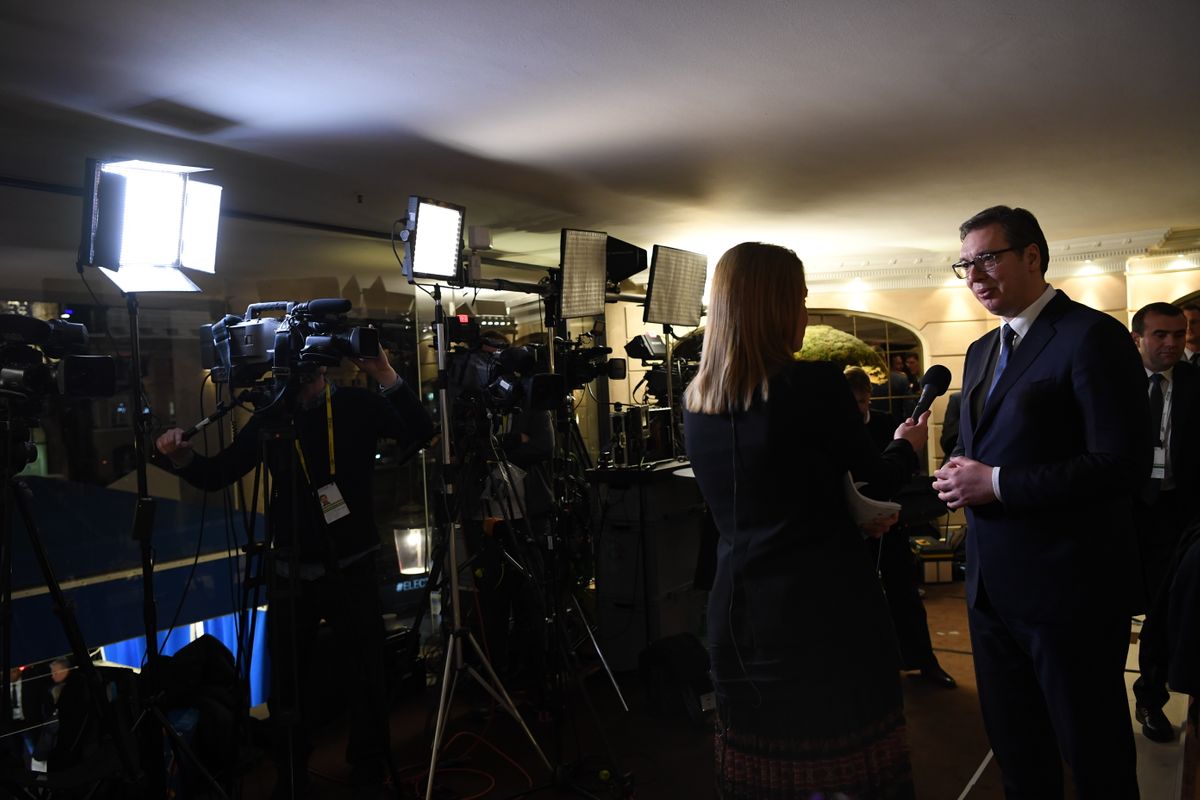 "We want to be a part of the world, to prosper, not just to stand still. We want to compete and build. I do not want any child to fight again, I do not want that we lose children again," said President Vučić.
President Vučić also met with Senator Ron Johnson tonight and attended a dinner organized by the World Economic Forum for select participants of the Munich Security Conference, as well as with US Secretary of State Mike Pompeo, Jigsaw founder Jared Cohen and President of the World Economic Forum Børge Brende.
Share