President Vučić attended the opening of the “Miloš the Great” Highway

President of the Republic of Serbia Aleksandar Vučić attended earlier today the opening of the new highway “Miloš Veliki” (“Miloš the Great") where he indicated that the new highway embodies the pride of all Serbia. 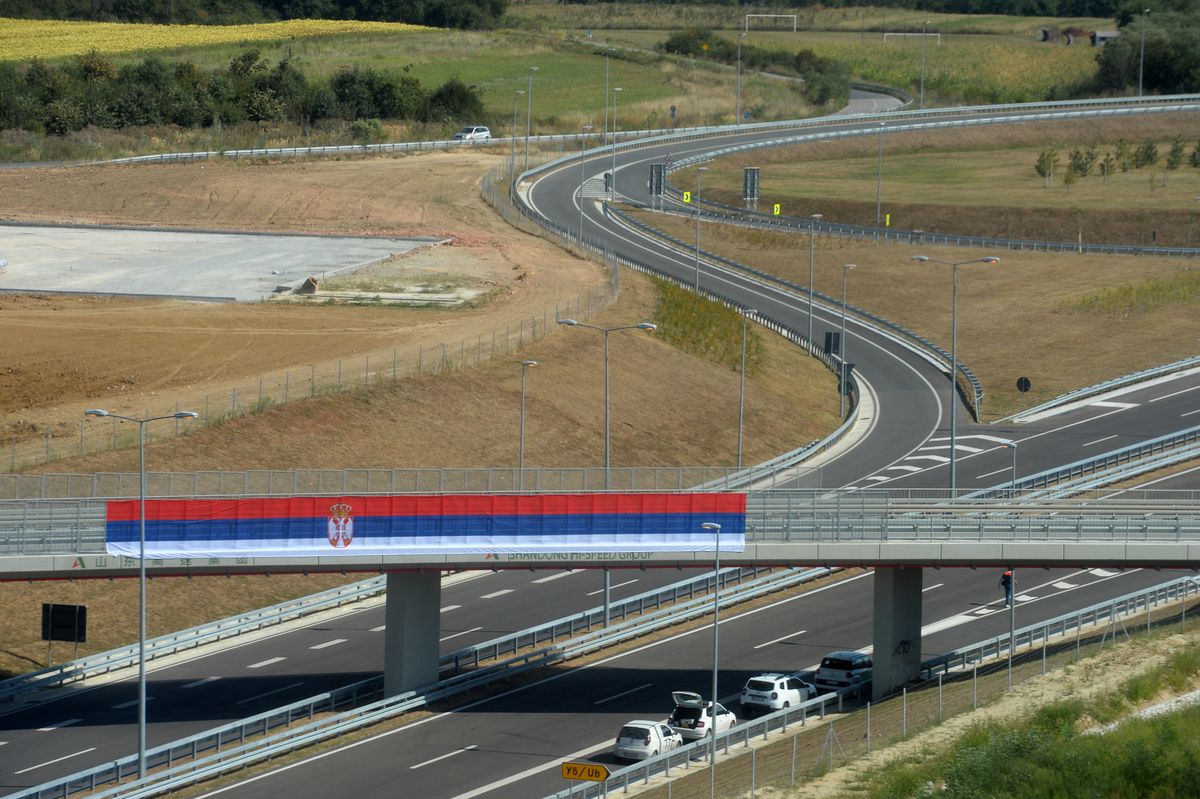 President Vučić said that everything that is being constructed aims at connecting the Serbian people and added that the construction of the new highway required much effort and perseverance of the entire nation and that this road has been awaited for 74 years.
The President said he was proud that the new highway is named after Miloš Obrenović who did so much for our country – he passed on a free Serbia, with the first Constitution, new schools, museums... He noted that Miloš Obrenović, after the First Serbian Uprising, stayed together with his people, raised the Second Serbian Uprising, brought the first Constitution – the Sretenje (Candlemas) Constitution, and also, although illiterate himself, he left us schools, museums...o us 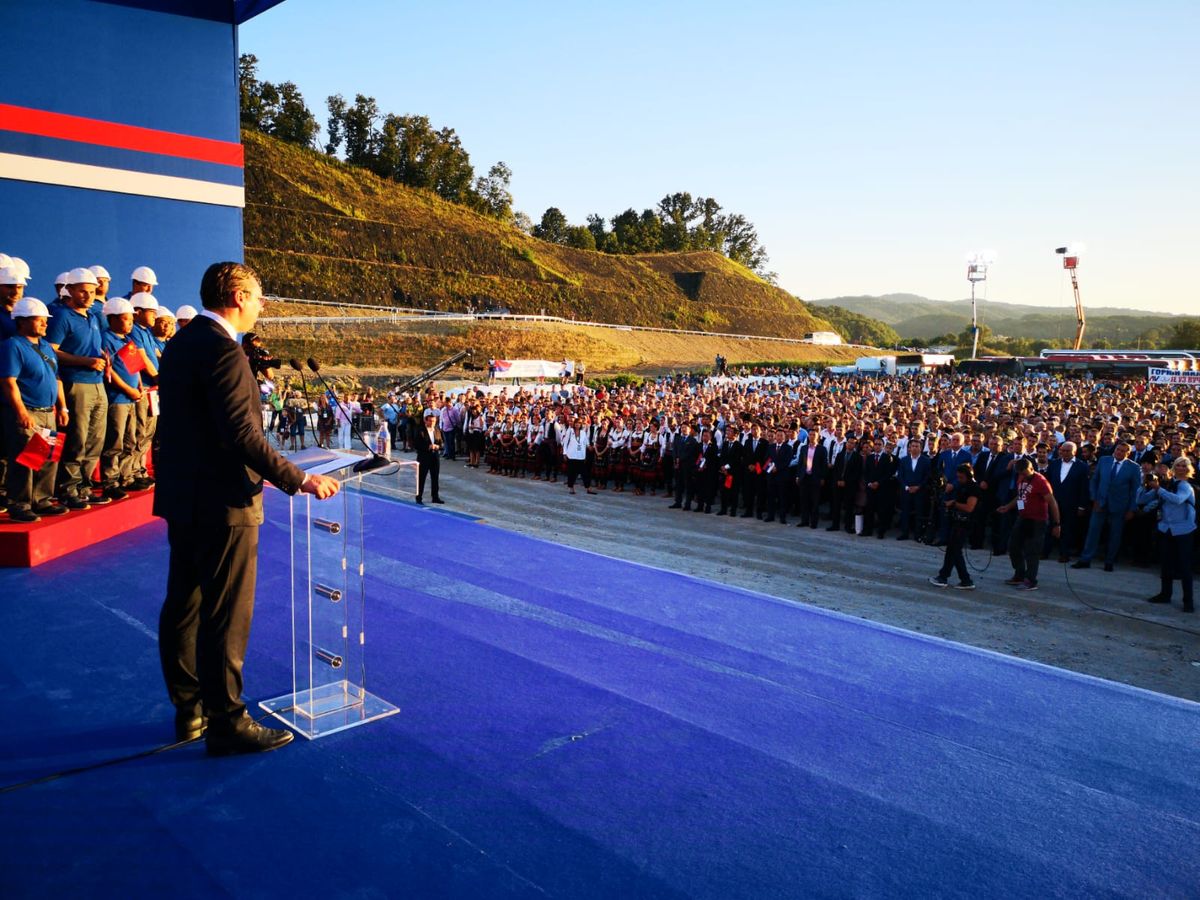 President Vučić announced that in the course of the next four years almost one billion Euros will be invested in the construction of five thousand kilometres of regional and local roads.
"We build, we connect, we release ourselves from desolation, from being far away and from being dispirited and without prospect, aware of how much each single step, each kilometre means for this country, for each and every man who lives in it, how much it means for his future and his freedom", said President Vučić.
President Vučić highlighted that construction of roads represents a mere beginning and added that a decision has been brought about the preparations for the construction of the "Vožd Karađorđe” highway.
"We brought a decision today to commence with the preparations of design documentation for the construction of the ‘Vožd Karađorđe' highway and a fast track road which should represent the Y-shaped arm from Mladenovac to Aranđelovac, from Topola to Rača, from Svilajnac to Despotovac and Bor”, said President Vučić.
The President also announced that the eastern arm of the Corridor 10 will be opened on the 15th October, extending from Niš to Dimitrovgrad i.e. to Gradina. 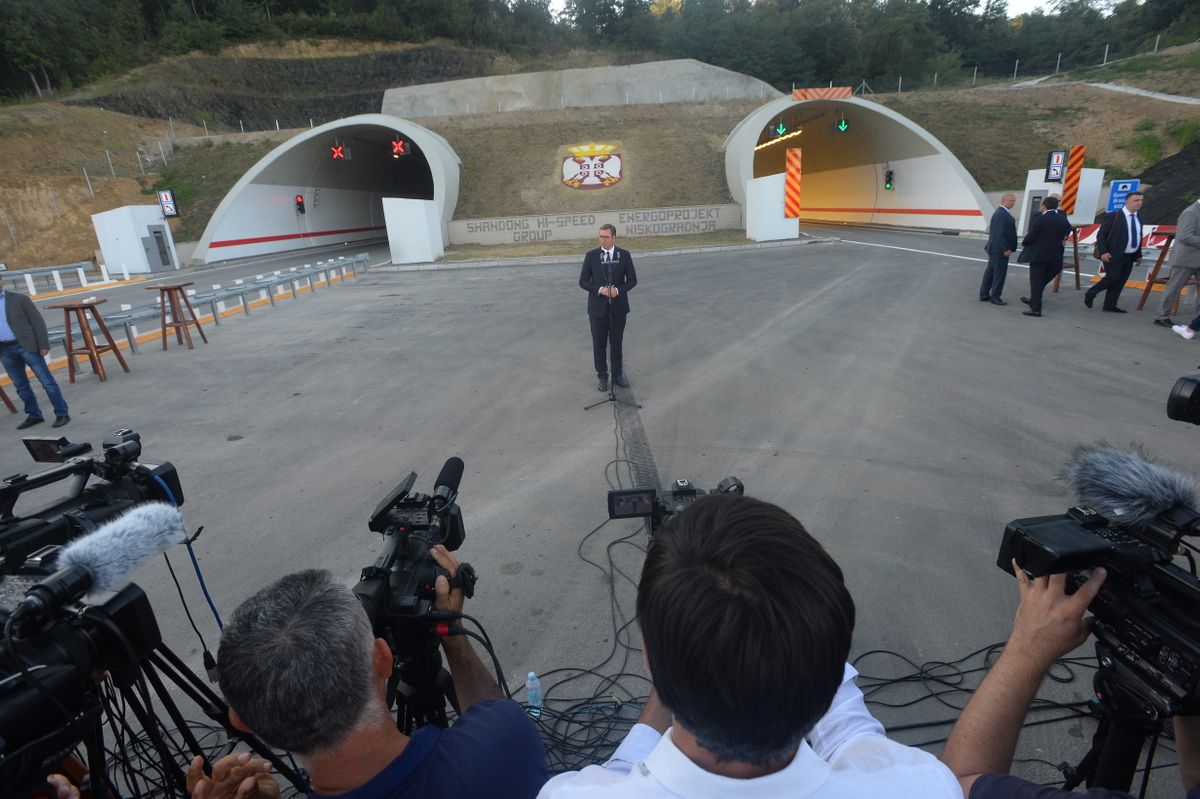 "It is a massive road part, important for the east of Serbia and the transit, for drawing Turks, Bulgarians and all the others from the world to use that route. We are competing with Romanians and Bulgarians for tourists and passengers", said the President.
President Vučić reminded that a great meeting was held earlier today with the Chinese investors and that a contract was signed for the construction of the New Belgrade – Surčin section which will be passing by the National Stadium whose construction will commence next year.
The President said that the next week will mark the commencement of construction of the highway to Bosnia and Herzegovina where the works will be executed by Turkish companies, while by the end of September commencement of works can be expected for the construction of the Morava corridor to connect the Corridor 10 and Corridor 11.
The Batočina-Kragujevac road will be completed by March next year which will thus connect Kragujevac with the “Miloš the Great” highway, sad the President.
"The Belgrade – Zrenjanin highway will still remain to be constructed. Chinese companies have displayed their interest in that construction. After that, we will contrive the Fruška Gora corridor including a bridge over Kovin”, said President Vučić.
President Vučić also announced that the road from Ruma to Šabac and from Šabac to Loznica will also be constructed as well as the road from Slovac to Valjevo i.e. Lajkovac, but also the Požarevac – Gradište highway, followed by the fast track road from Gradište towards Golubac and Donji Milanovac.
"After that – the most challenging and one of the most significant sections important to us all will remain to be done – it is the section to Montenegro", said President Vučić.
In his talks with the representatives of the Chinese company CRBC, Vučić underlined that Serbia makes a fast and steady progress thanks to the President of China, Xi Jinping. 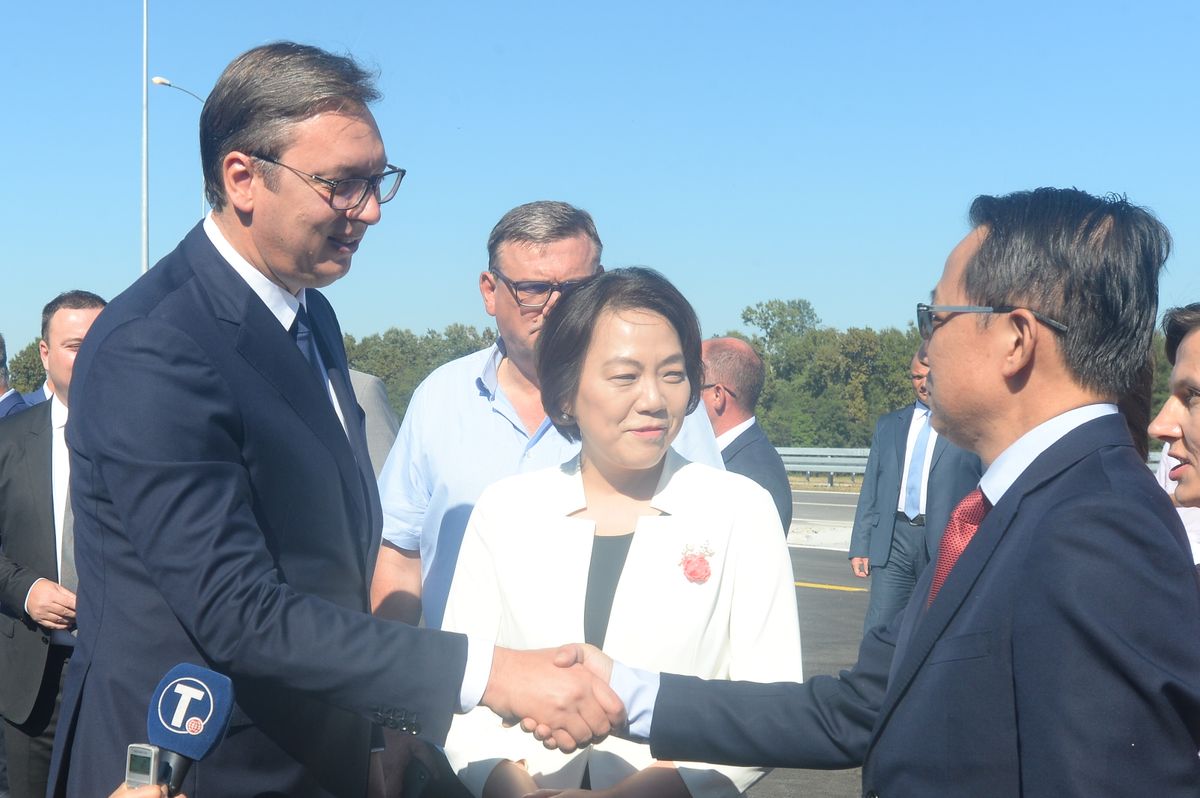 The representatives of the Chinese company expressed their pleasure to be present at the highway opening. They also expressed hope that the friendship of the two peoples will be everlasting one and that Serbia will develop economically more and more.
President Vučić asked the Ambassador of China to convey his greetings to President Xi along with the message that Serbian people will never forget the Chinese investment in the Steel industry of Smederevo.
The President emphasised that he was grateful to the engineers, contractors and to everyone who took part in the highway construction and pointed out that all of that is possible when there is money.
“It was not possible before, but we are able to do this now, after the year 2014 and the massive financial reforms", said the President and added that he is happy today as the Chinese partners are interested in the construction of the Belgrade – Zrenjanin highway, while a Chinese company also executes the construction works at the Preljina – Požega highway section.
The President said that he was promised today by the Chinese representatives that the section will be opened before the end of 2021. 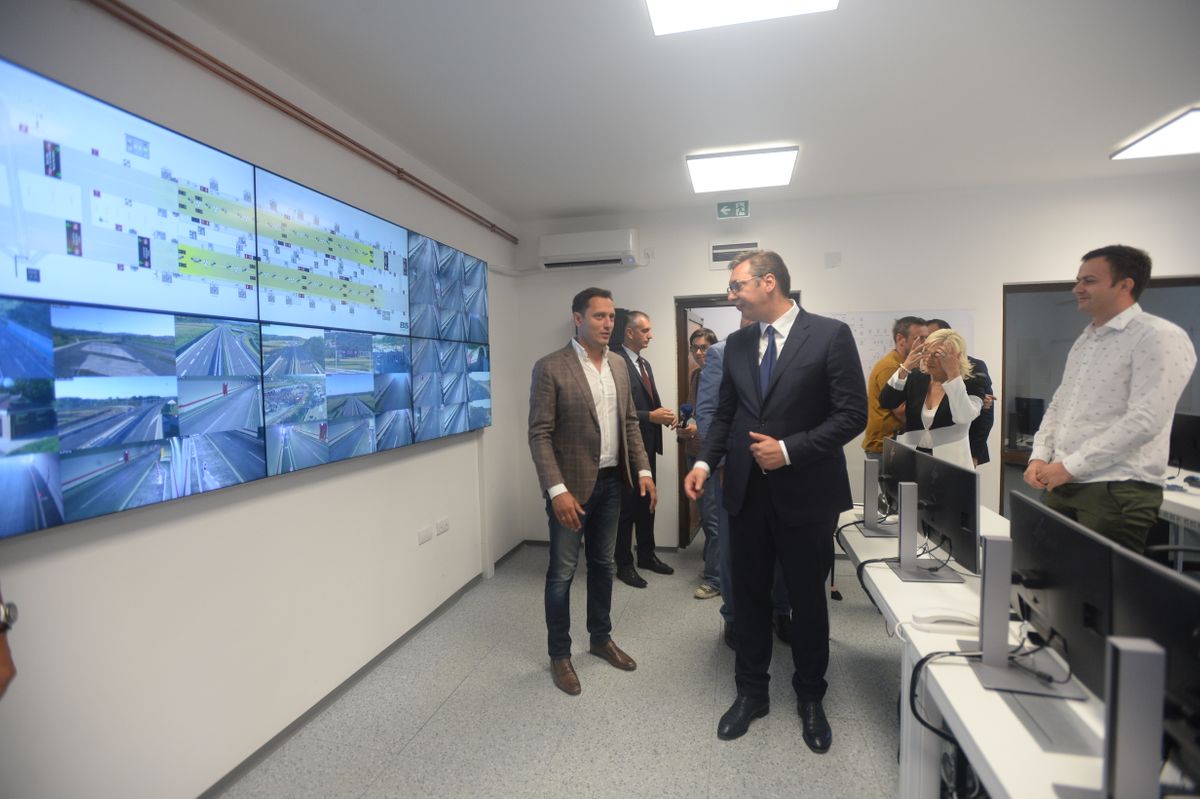 The E-763 highway route is the arm of the Trans-European route connecting its main direction from Gdansk to Athens with the Adriatic Sea and the Port of Bar.
The new highway from Obrenovac to Ljig has 62.7km of length and it consists of the following sections: Obrenovac – Ub with the length of 26.23 kilometres; Ub – Lajkovac with 12.5 kilometres where remedial works in the total length of 2.5 km had to be performed due to the previous poor construction quality, and Lajkovac – Ljig in the length of 23.98 kilometres.
In this way, together with the Ljig – Preljina section which was commissioned on the 18th of August, 103.06 kilometres of E-763 Belgrade-Southern Adriatic highway roads will be functional for traffic.
The Obrenovac – Ljig section was designed for speeds of 130 km/h, with the width of 28.4 metres and with the fast, middle and emergency lanes. It also has 42 bridges and overpasses, where the longest bridge exceeds 580 metres, while approximately 200 kilometres of guardrails have also been executed for the safety purposes. 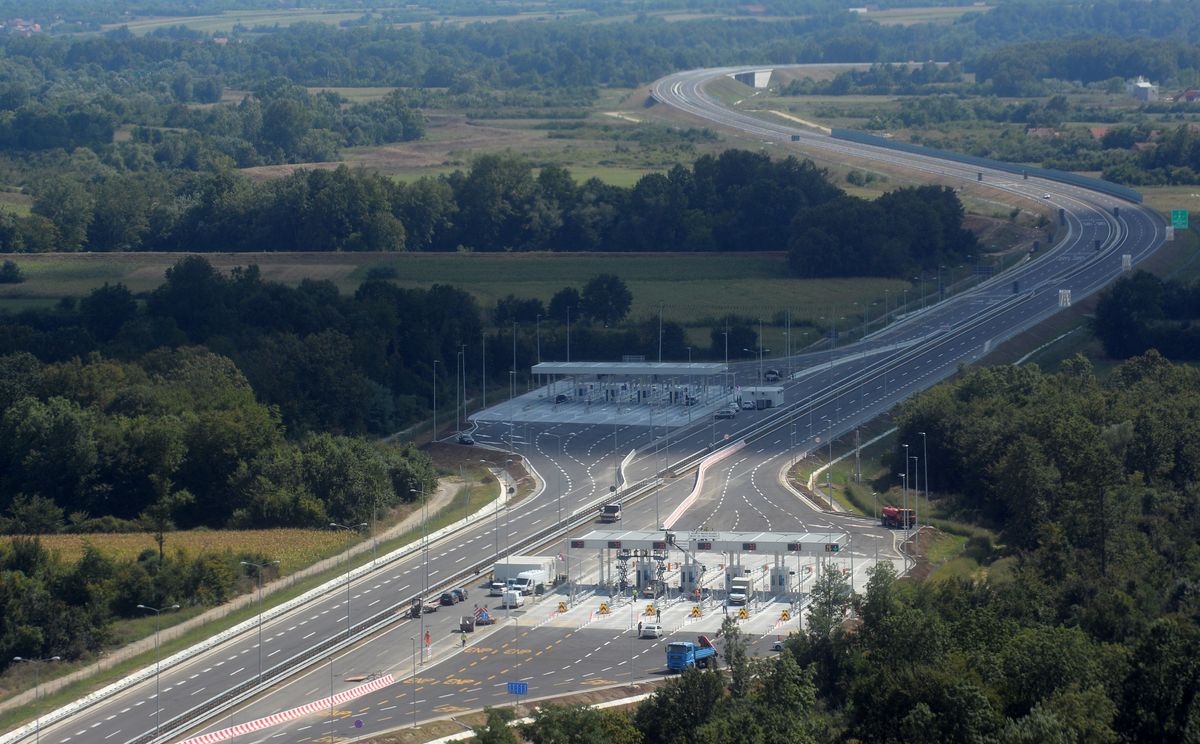