President of the Republic of Serbia Aleksandar Vučić attended tonight the celebration of Victory Day in the Second World War and said that we must not allow lies to defeat the truth and for the victims to be declared executioners. 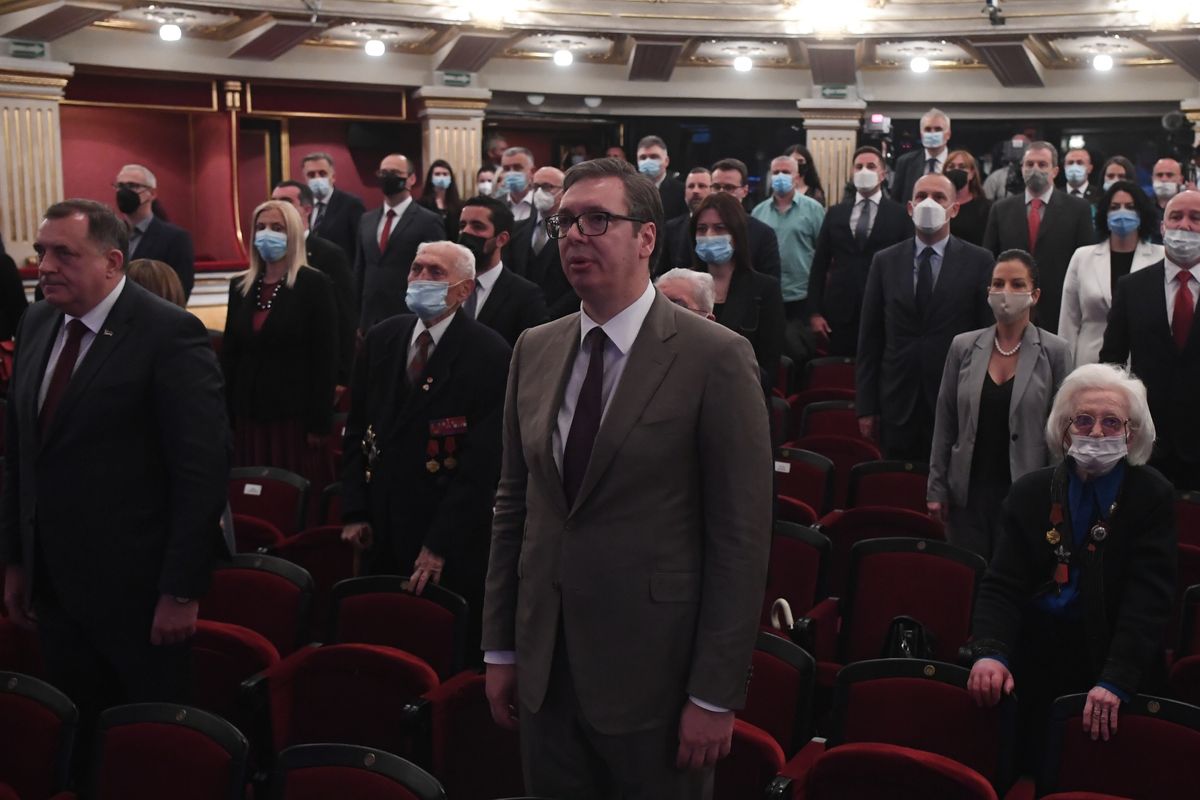 President Vučić began his address at the ceremonial Academy on the occasion of the Victory Day over fascism with the verses of "Bloody Fairy Tale" by Desanka Maksimović, emphasising that these verses, as well as the poem "Stojanka, a Mother from Knežopolje" by Skender Kulenović, best describe the tragedy of the Serbian people in World War II.

"It is difficult to speak on this day. Everyone wants to show how they respect the victims of the horrors in the Second World War, but a large part of them is trying in every way and at all costs to change the course of history - to declare the victim an executioner and the executioner a victim. Never before have fewer countries celebrated the Day of Victory over Fascism substantially, and it is our job not to hide the truth; it is our job to speak openly about it, not to allow lies to win over that truth.

It is no wonder that in our region we are witnessing a daily rewriting of facts and attempts to completely re-tailor the history.

It is no coincidence that the role of the Red Army is being underestimated, that it is being thrown at the feet of historical forgeries and the fact that more than 22 million Soviets gave their lives for the freedom of Europe. 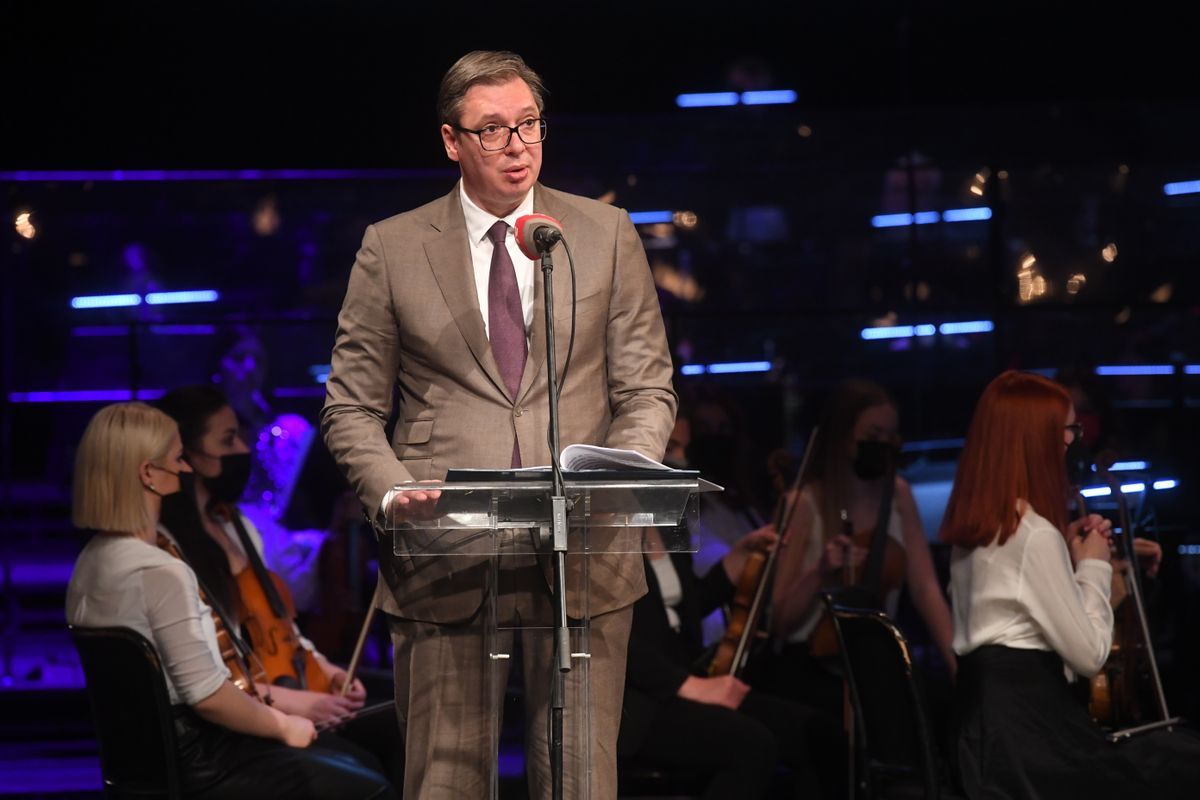 Today, I will speak with pride about the anti-fascist struggle, but also about the role of the people who in this area, incomparably with other peoples, contributed to the victory over Mussolini's, Hitler's and Pavelić's evil, and that is the Serbian people. For Serbs, Victory Day does not simply mean the end of the war and the arrival of freedom, but also the end of suffering. In the fight against the occupiers, we have borne the burden of suffering and the triumph of victory on our own shoulders. The Serbian, suffering people are an innocent victim, and innocent victims are sacred," President Vučić pointed out and added that we must not and will not forget what happened because in that way we would agree to what we fought against, laying down our lives. 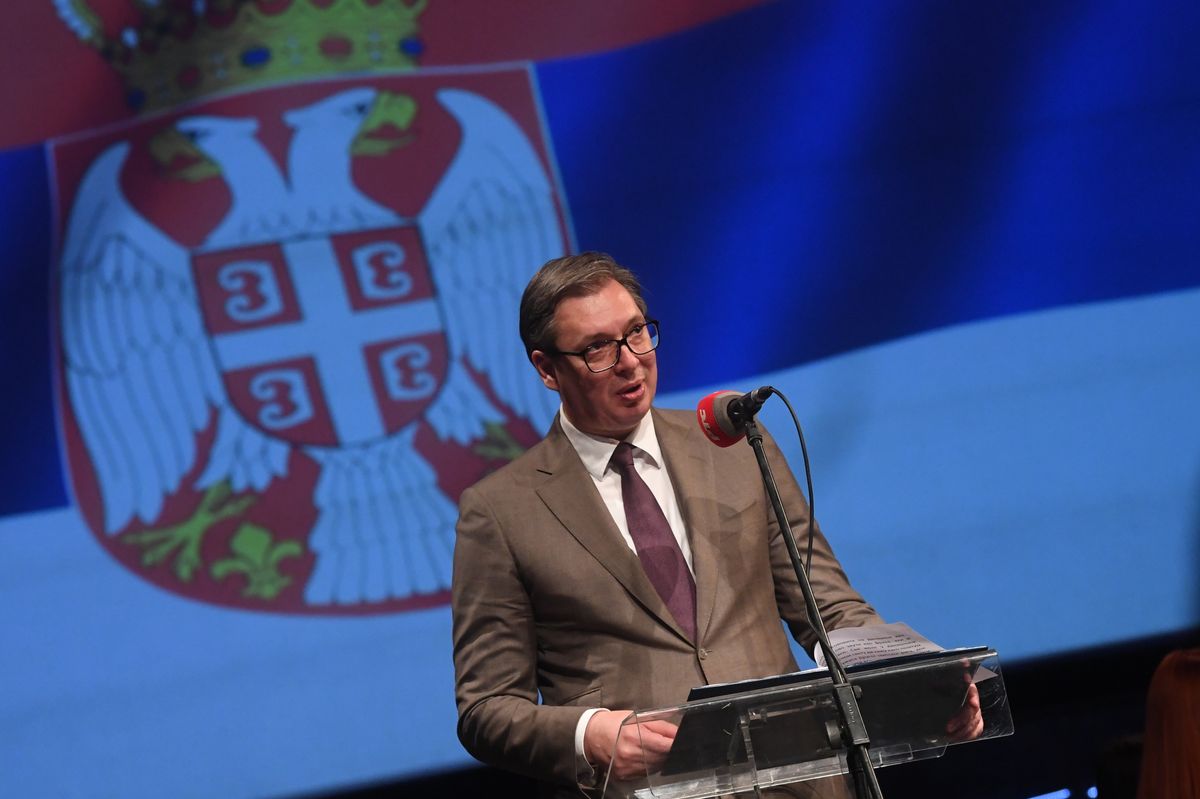 "The Serbian people clearly said no to fascism in the 1940s. No other people in the former Yugoslavia has said that so clearly and loudly. To say today that it was not so is the same as to say that we are worthless and superfluous, and that is something that Serbia will not agree to. We have no right to do so because forgetting what fascism did would allow it to re-emerge in a more grotesque form. There are not enough of us to be able to agree to devaluation," said President Vučić, adding that the libertarian spirit in Serbia has awakened.

"I am proud to lead a generation that will protect peace but will not bow its head. You can insult the Serbian people, but as President, I will not let you insult the victims from Jasenovac, Glina and other places", said President Vučić.