President of the Republic of Serbia Aleksandar Vučić attended today a special session of the Government at which three key topics were discussed - Kosovo and Metohija, GDP and the COVID-19 epidemic. President Vučić called on members of the Government, Assembly and other state officials to treat the countries in the region and the territories in a different manner, and appealed that we should work as smartly as possible, that our economy should be getting ahead of everyone else's and that we should not enter into political disputes with other countries.

President Vučić stated that he informed the members of the Government of Serbia about the course of the dialogue with Priština and pointed out that Serbia could not accept Priština's position because the Community of Serbian Municipalities remains an unconditional obligation under the Brussels Agreement. 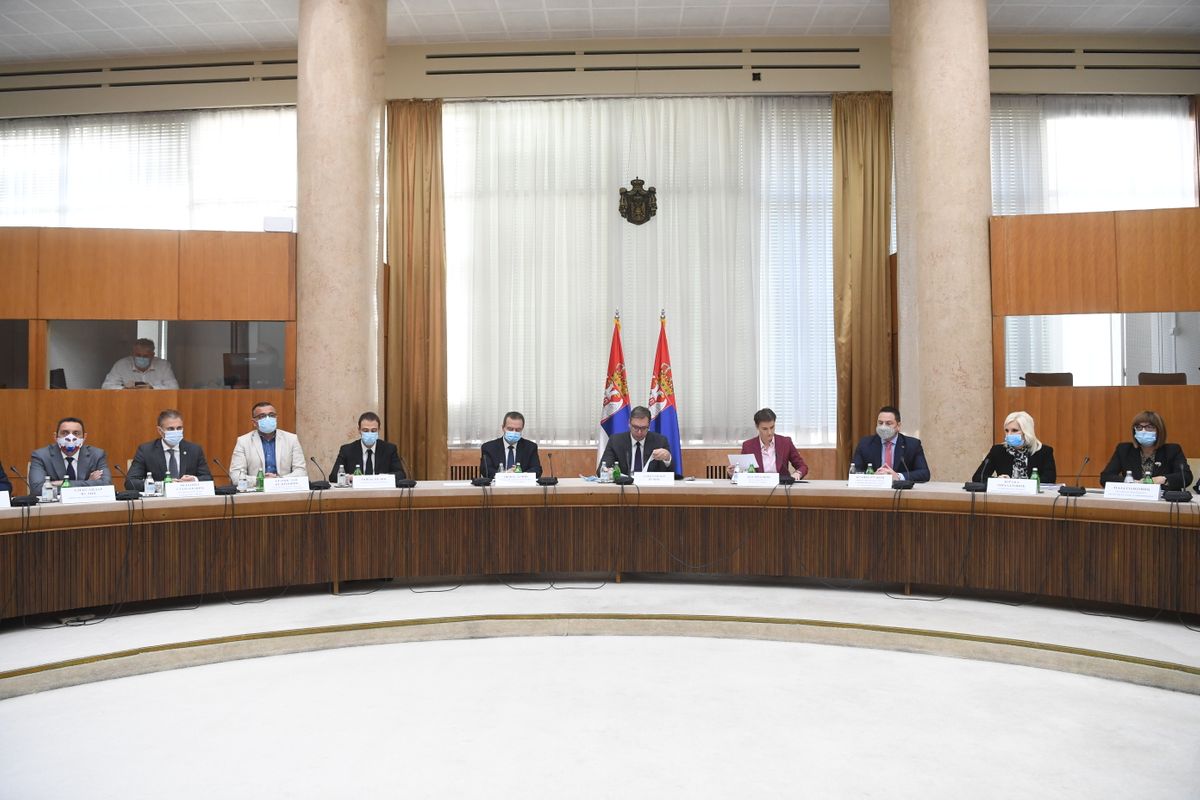 "They undertook to create the CSM - not on the condition of any recognition, but on the condition that the issues were fulfilled regarding the regional police, participation in the elections, and all that was written in the Brussels Agreement. They cannot invent new agreements that do not exist," President Vučić said, adding that this puts Belgrade in a difficult situation because it shows that the Albanians essentially do not want a compromise solution and that the only thing they are talking about is the so-called mutual recognition, i.e. that Serbia recognises independent Kosovo.
"It is not in our greatest national interest to be recognised by Priština since we are a UN member state, so the story of mutual recognition is quite meaningless, and they keep repeating it," said President Vučić.
President Vučić stated that the session also discussed projects through which Belgrade can help Serbs in Kosovo and Metohija, and added that a PCR testing laboratory was opened in Kosovska Mitrovica. He also said that capacity expansion projects were discussed along with the construction of new projects in the health care sector in Kosovska Mitrovica and Gračanica. 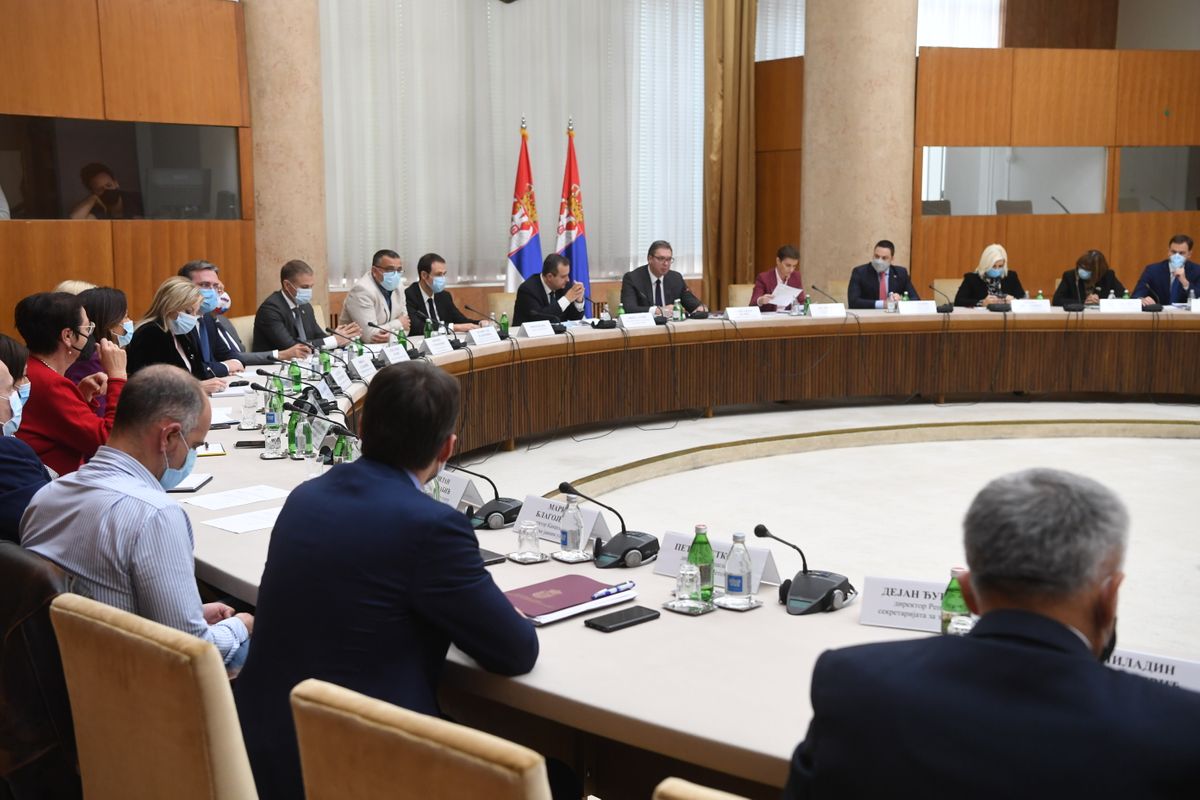 "I believe that we will have the strength for that in the next year or a year and a half, regardless of the economic difficulties caused by COVID-19," said the President.
President Vučić pointed out that according to the latest flash forecast, Serbia had a 1.3 per cent decline in GDP in the third quarter, which is currently the best result in Europe.
"We talked about how to influence the increase of the GDP rate in Serbia, which reflects on the living standard of our citizens and is of crucial importance for salaries, pensions and the life of every person in our country," said the President, adding that in the third quarter, compared to the second quarter of this year, we marked a GDP growth of 11 per cent. 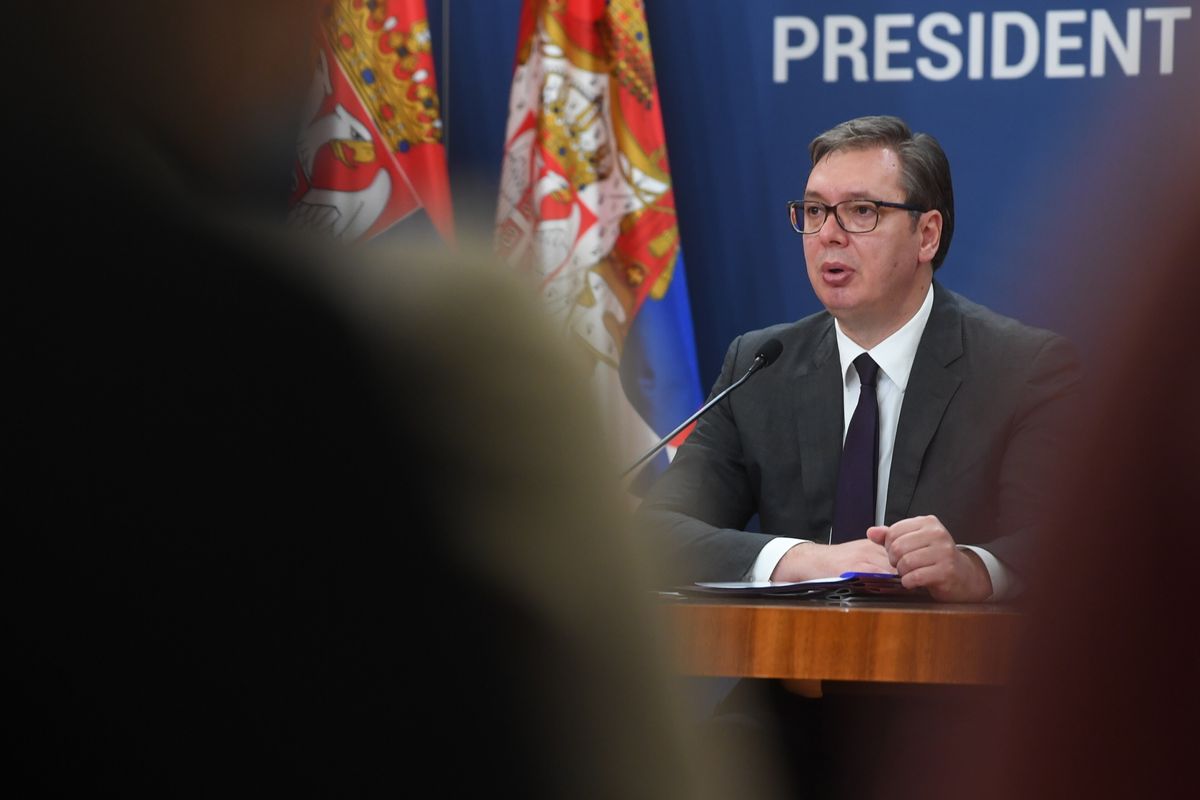 He pointed out that Serbia will be one of the few countries that will increase not only the minimum wage but also salaries in the public sector and pensions without significant adverse effects on the budget, that is - while maintaining a healthy economy without indebting the country.
President Vučić expressed satisfaction that Parliament Chairman Ivica Dačić also attended today's session, saying that parliamentary diplomacy is also essential to have a uniform, rational and measured approach to solving all foreign policy problems.
"We need to be dependable, patient and push our economy forward. This does not mean that we are afraid of anyone, that someone will not essentially understand our position, but rather that we seek good relations with everyone, and the only area where we want to compete in - is the economy and the GDP growth rate. We want to be proud of this competition. We do not want to compete in other areas," the President concluded. 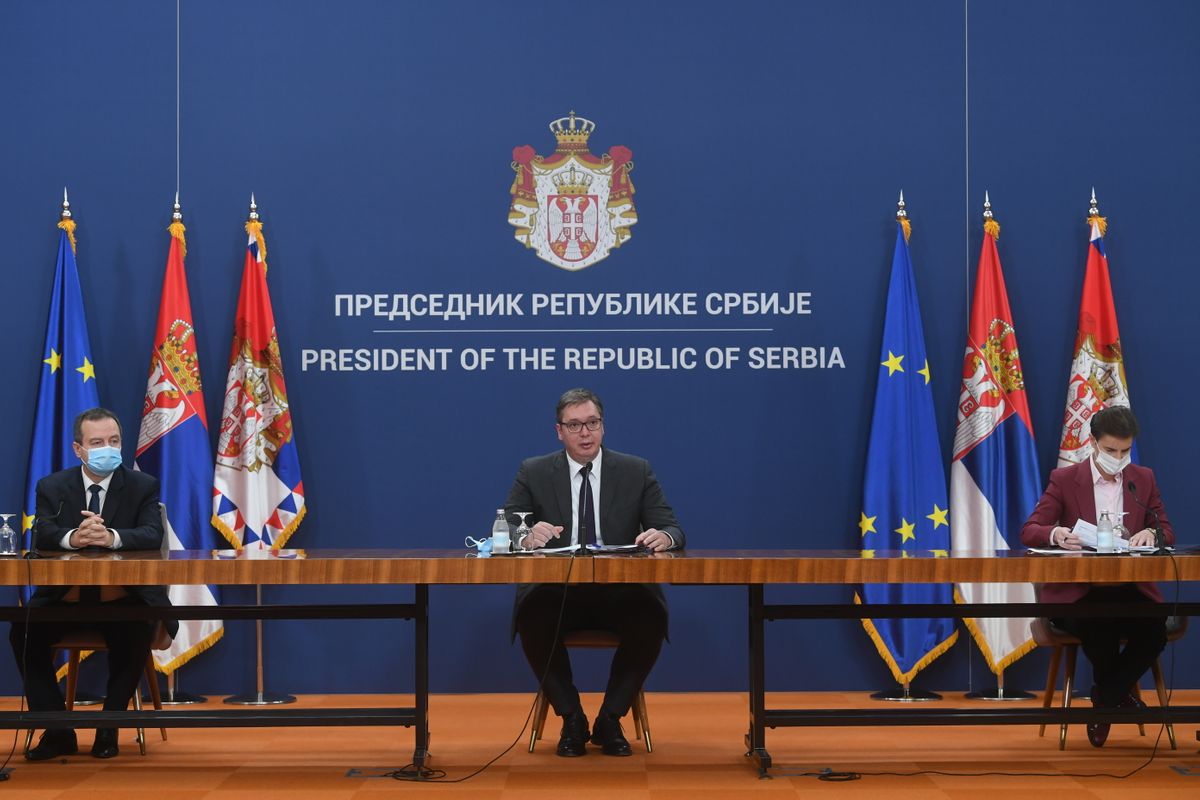