President Vučić attends the unveiling of the Evgeny Primakov bust

President of the Republic of Serbia Aleksandar Vučić attended today in the premises of the Russian House in Belgrade the unveiling of the bust of Evgeny Primakov, the former Prime Minister of the Russian Federation. 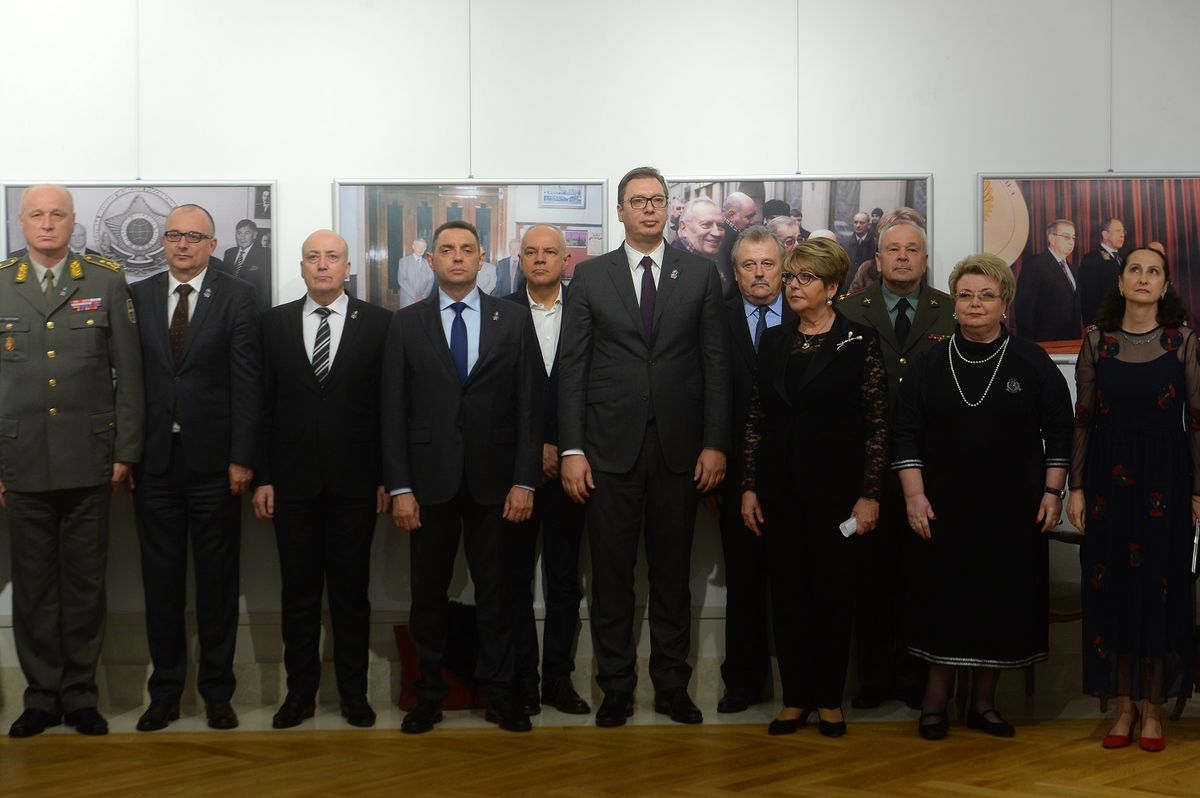 „Today, when the Russian Federation celebrates the Unity Day across our dear and friendly Russia, one more jubilee is also marked on this day - 90 years from the birth of Evgeny Primakov, the father of modern Russian diplomacy and an exceptional statesman", said President Vučić in his address and added that Evgeny Primakov - with his unique, conscientious and sagacious performance of his high duties permanently inscribed his name not only in the Russian but in the history of the world.
President Vučić emphasised that Serbia could perceive the importance of his struggle for equality, justice and righteousness and that he left behind the indelible mark of a friend.
„I am convinced that his deed will serve as a milestone for future generations. We, here in Serbia, deeply appreciate all that Evgeny Primakov did for Russia, but also for Serbia, for our right to exist, for our right to stay on our lands. We will not forget Evgeny Primakov. He will live forever. Long live Serbia! Long live Russia!", said President Vučić. 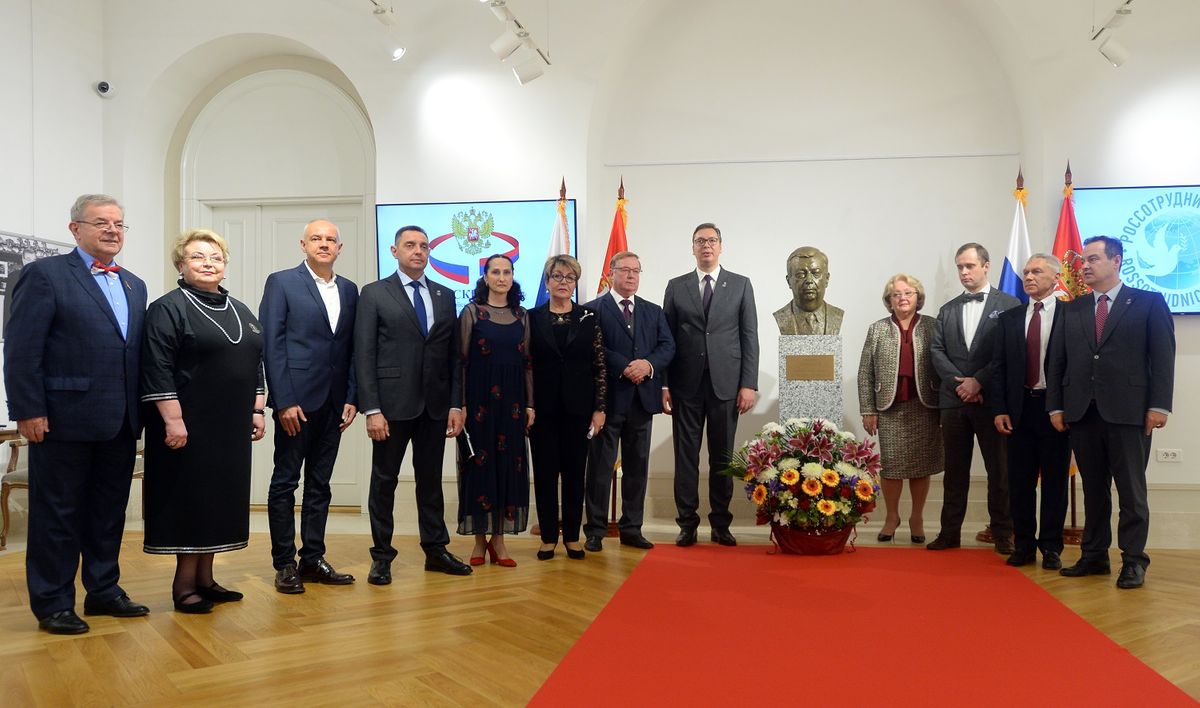 Ambassador of the Russian Federation in Serbia, Alexander Botsan-Kharchenko, in his address to the audience said that Primakov was a prominent personality as a diplomat, scientist, humanist. Out of respect and great affection which Evgeny Primakov fostered towards Serbia, Serbian people, its tradition and culture, Ambassador Botsan-Kharchenko addressed the gathered audience in the Serbian language.
„It is a great honour for me to inaugurate such an important event as the unveiling of the bust of Evgeny Maksimovich Primakov. Evgeny Maksimovich is a great personality for me. His significance as a politician, diplomat and great humanist is undoubted. He was looking into the future, his concept of a multi-polar world has materialised as the modern concept of the Russian policy. This is a great event because Evgeny loved Serbia", said the Ambassador of the Russian Federation in Belgrade and added that Primakov was one of the authors of the Resolution 1244 which even today serves as a support to Serbia.
Belgrade, 4th November 2019
Share