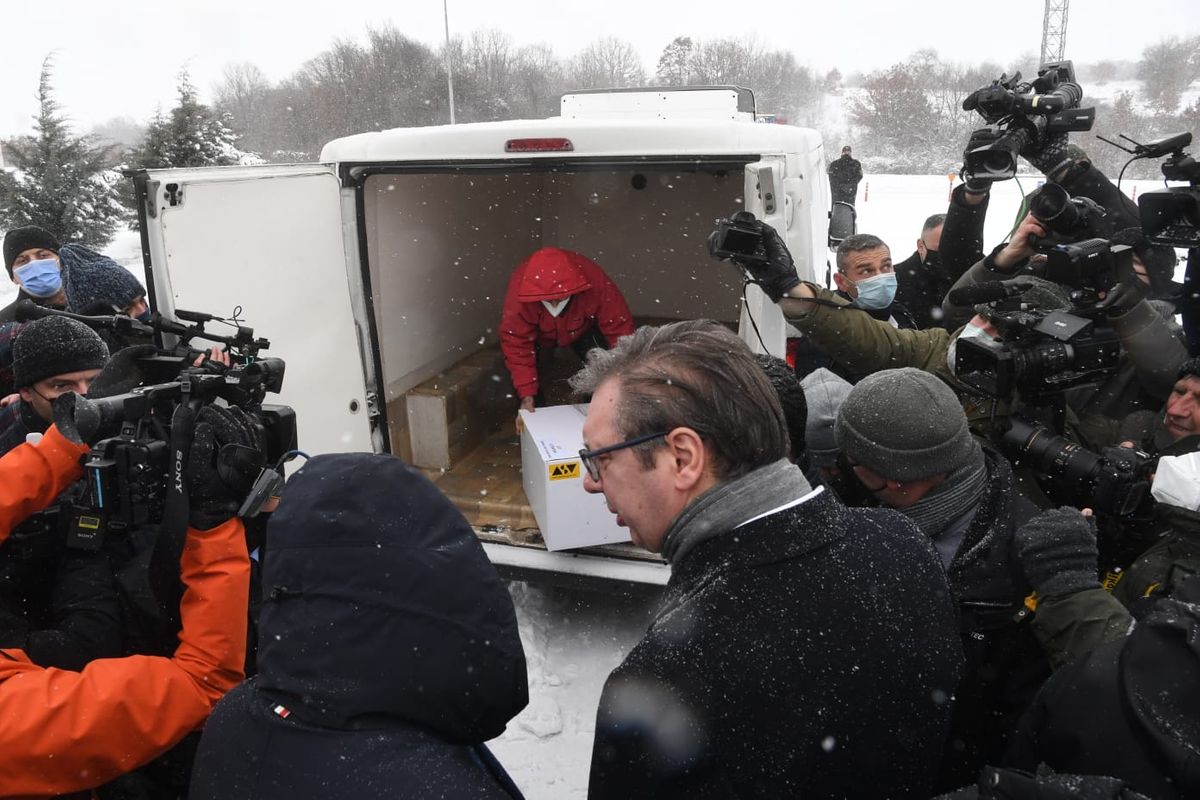 "Today, we brought 4,680 vaccines - that is the first phase. I think this is good news for the people in North Macedonia, for our brothers. I am happy the citizens of North Macedonia will be able to start immunisation and that we could help," President Vučić stressed in his address at the Tabanovce border crossing.
"Serbia has no other interests than to show friendship to all citizens of North Macedonia", the President emphasised and added that a true friend is one who is there for you in challenging moments, in trouble, when you need something, and not only when the times are good.
"We want our friendship to progress, and we seek to increase economic cooperation, so that we can live not only as the closest of neighbours but also as best friends," said President Vučić. 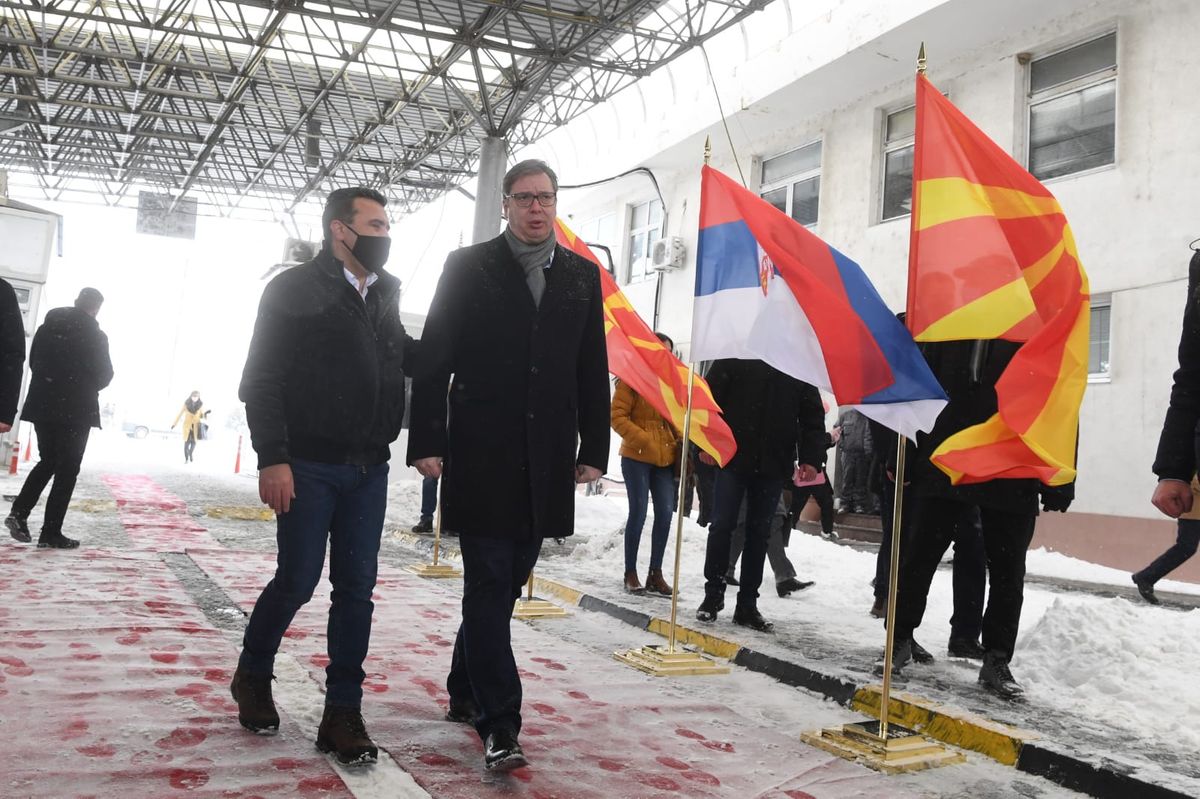 President Vučić said that all procedures for the donation of Pfizer vaccines to North Macedonia were completed last night and that everything was arranged to deliver them as soon as possible to start the immunisation of health workers in this country.
Prime Minister of Northern Macedonia, Zoran Zaev, expressed gratitude to President Vučić, Prime Minister Ana Brnabić and Minister Zlatibor Lončar, for obtaining the consent of Pfizer and providing first aid in vaccines, which, as he said, means a lot.
He also thanked the Serbian people for the tremendous solidarity and pointed out that medical workers in covid centres will be vaccinated with vaccines from Serbia. 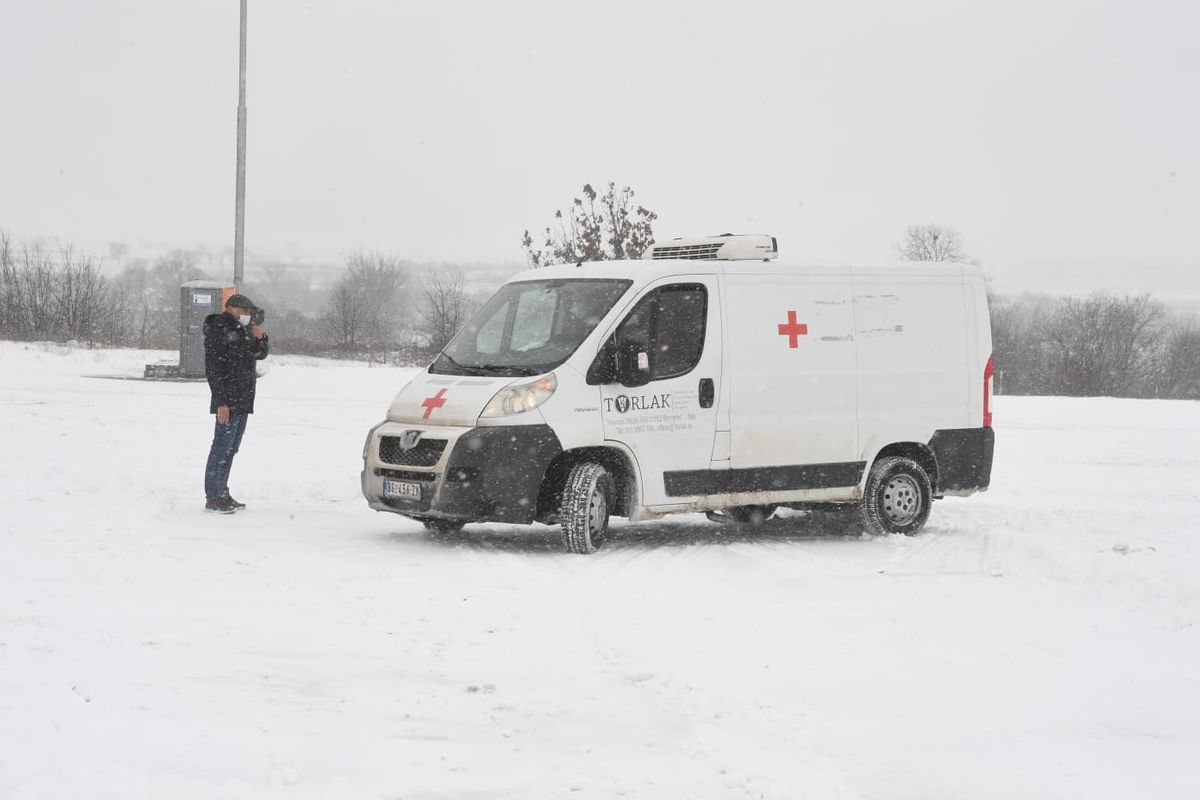 Prime Minister Zaev also said that all this is an expression of great friendship, such as opening borders and other types of cooperation through the "Mini Schengen" initiative.
"We have signed an agreement on mutual assistance, and we are working for the good of all peoples," Zaev said.
Share