President Vučić in official visit to the Kingdom of Bahrain

President of the Republic of Serbia Aleksandar Vučić is staying in the Kingdom of Bahrain for his first official visit where King Hamad bin Isa al-Khalifa prepared a ceremonious welcome for him in the capital of Manama. 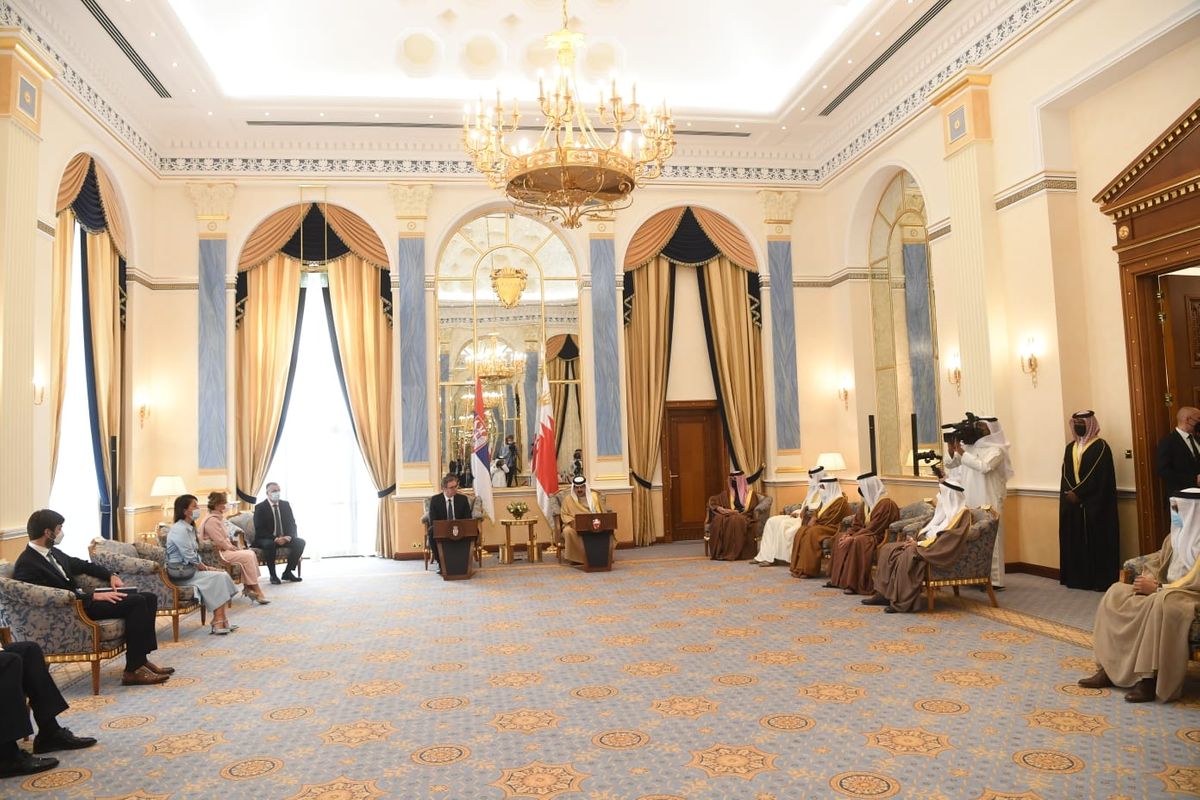 President Vučić said that Bahrain, although geographically distant from Serbia, is a country that is close to our hearts and that provided selfless and timely support when we needed it.
"My visit to Bahrain is an indicator of the continuation of fostering friendly ties and good relations, but more than that - it opens numerous opportunities for cooperation aimed at progress and well-being of our two countries and people. We are committed to further deepening political and economic ties between Serbia and the Kingdom of Bahrain", said President Vučić. He expressed hope that, when the hard and gloomy times full of uncertainty caused by the global pandemic are behind us, it will be possible to initiate all appropriate mechanisms to achieve common goals and at the same time contribute to general progress and prosperity. 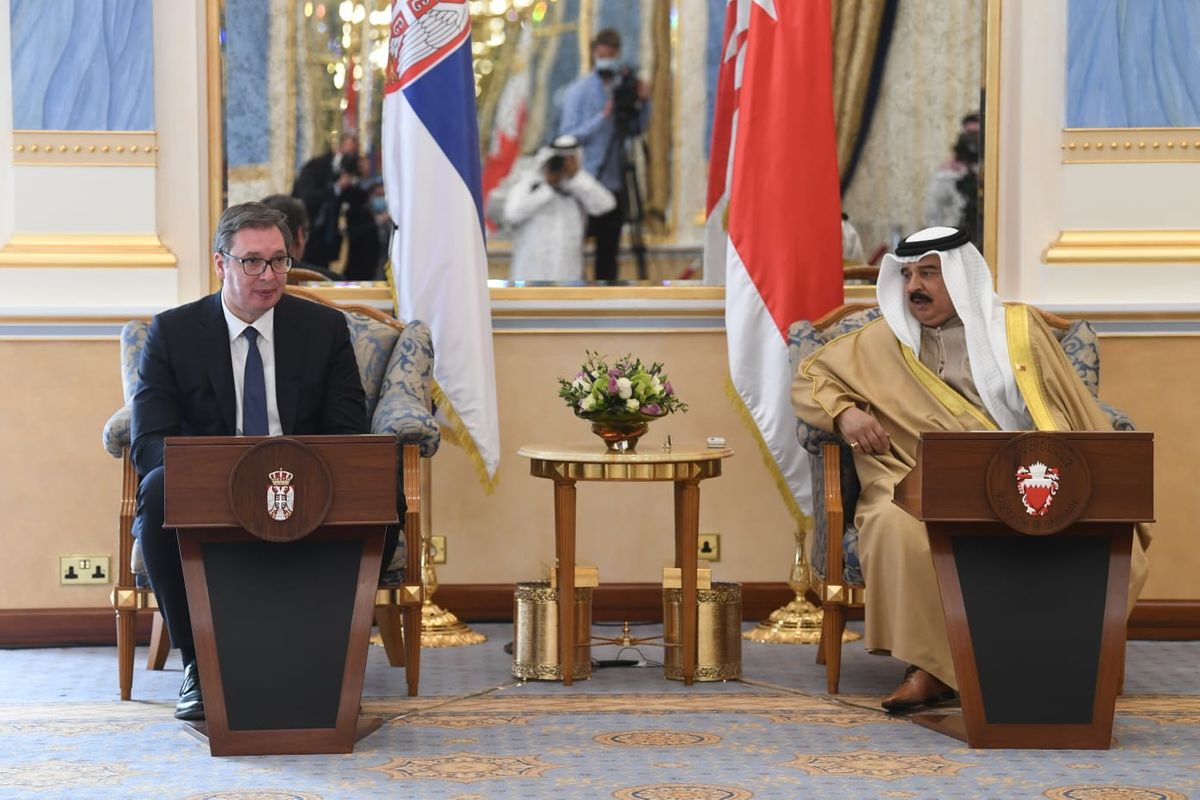 "We in the Kingdom of Bahrain believe that your visit to our country is an important historical step. We are proud that you are the first President of friendly Serbia to visit our country, which we see as an important indicator of the strength of our ties, based on mutual respect," he said at the beginning of the meeting between the delegation of the two countries. He emphasised that President Vučić's visit was an extraordinary opportunity to establish a strong framework for political consultations and continue coordination on regional and international issues of common interest, and to look forward to achieving those goals through a Memorandum of Understanding between the two countries foreign ministries.
"We are doing this to advance the common interests and strengthen the position of our countries at the international level for the benefit of our two countries, thus contributing to prosperity and peace in the world," said King Hamad bin Isa al-Khalifa. 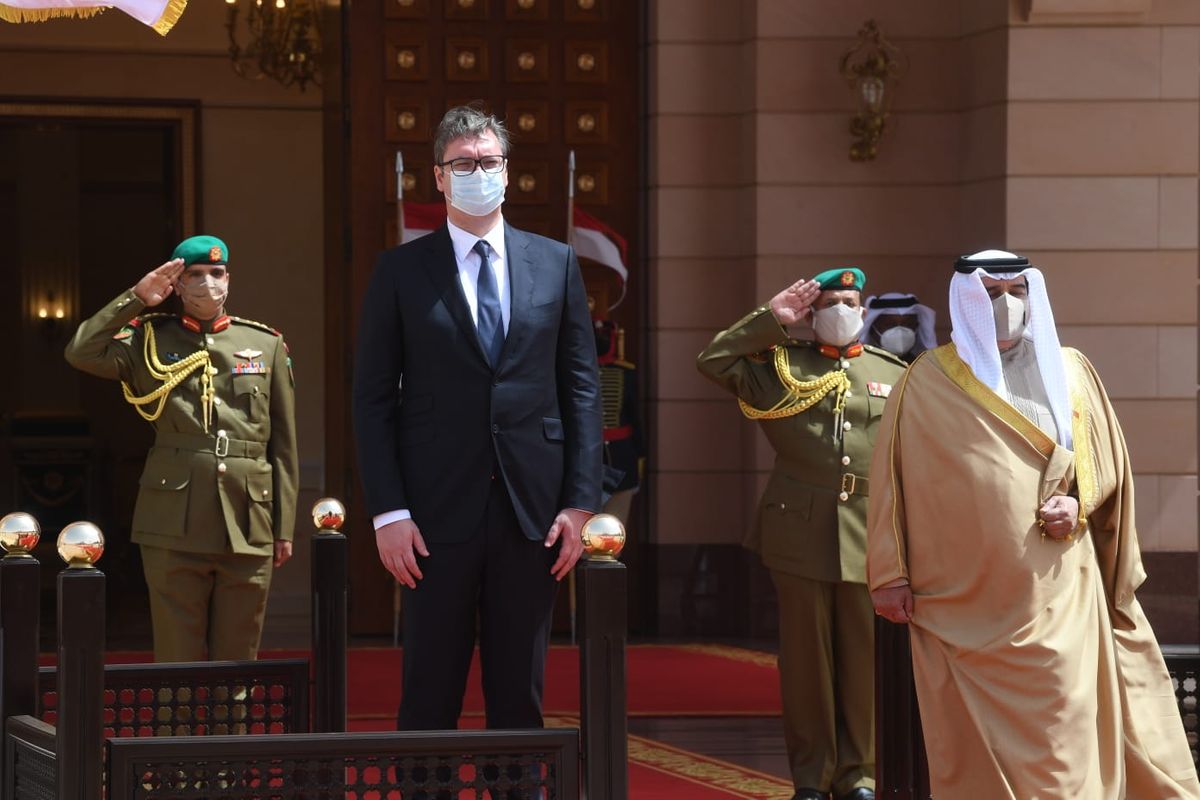 President Vučić and His Royal Highness Prince Salman bin Hamad Al Khalifa, the Crown Prince and Prime Minister of the Kingdom of Bahrain met in Manama with representatives of the Committee for Economic Development of the Kingdom of Bahrain and the State Investment Fund of that country, with whom they discussed investment opportunities in Serbia.
"We have investments from the United Arab Emirates from which we benefit, and some of them are changing the appearance of Serbia and the faith of citizens in their capabilities. I believe we can do the same with Bahrain. This opens up important doors for us," said President Vučić before the meeting with businessmen. 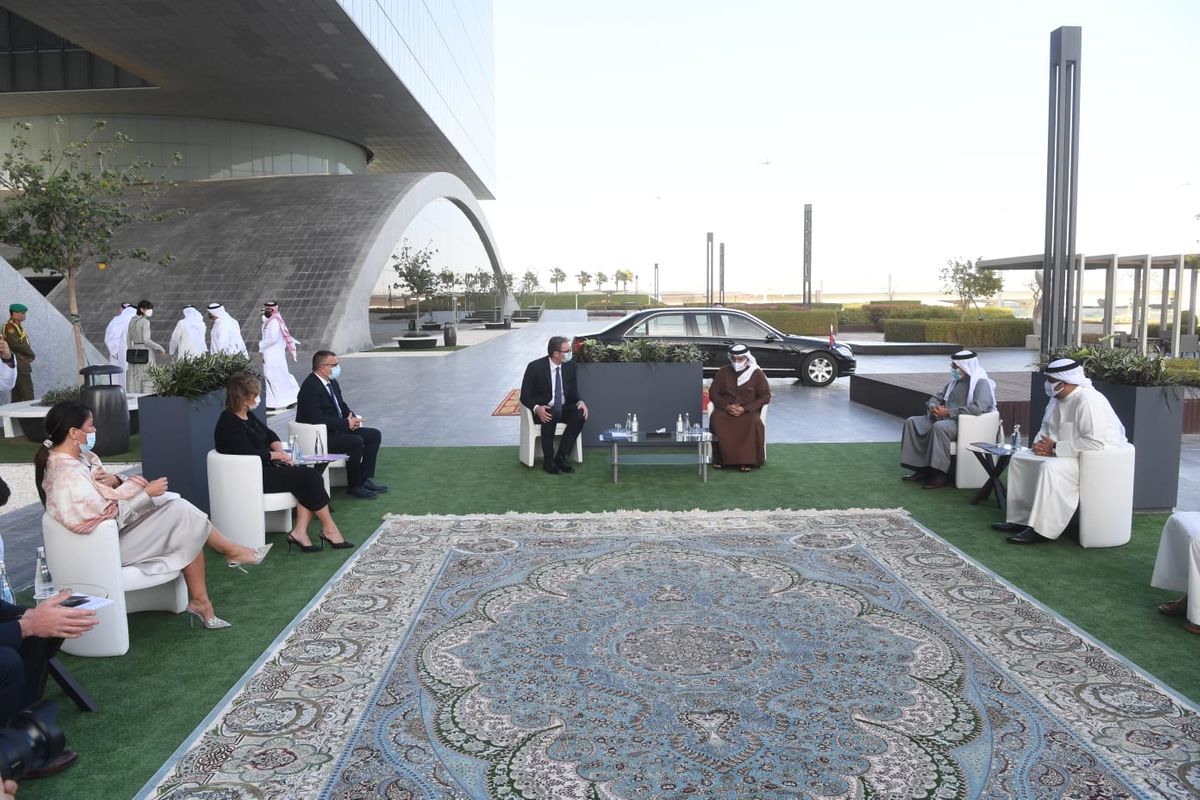 The Republic of Serbia and the Kingdom of Bahrain signed today a Memorandum on Political Cooperation of the Ministries of Foreign Affairs, as the first agreement between the two countries, to be the basis for the development of further relations and closer cooperation.
President Vučić ended his visit to the Kingdom of Bahrain by visiting the National Museum of that country, where he was welcomed by Sheikh Hala Bint Mohammed Al Khalifa, Director General for Culture and Arts in the Bahrain Authority for Culture and Antiquities, and Sheikh Khalifa bin Ahmad Al Khalifa, Director of Antiquities and Museums. 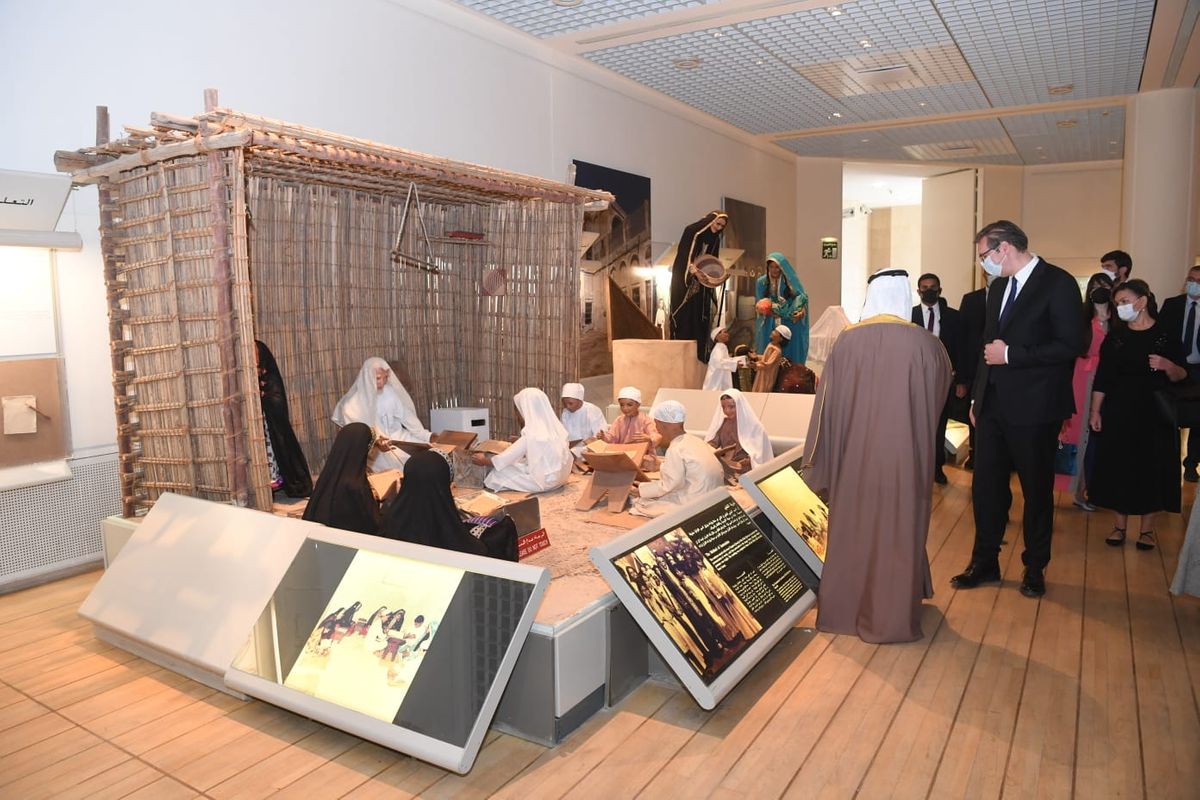 President Vučić told reporters that the Serbian delegation not only learned a lot about the customs, traditions and fantastically rich history of Bahrain but also came up with some ideas on how to complete the National Museum in Belgrade and other museums and what to do to attract a larger number of people from Serbia and abroad.
"This is the beginning of a great friendship and I believe that we will have the opportunity to host our hosts informally and then formally in Belgrade soon," said President Vučić at the end of his visit to the Kingdom of Bahrain.
Manama,
14th March 2021
Share