President Vučić in the one-day visit to the Czech Republic

The President of the Republic of Serbia Aleksandar Vučić urged today the members of the Visegrád Group to support Serbia in its European integrations and to "push" it along the way so that Serbia could say that it has friends in Brussels who will fight for it. 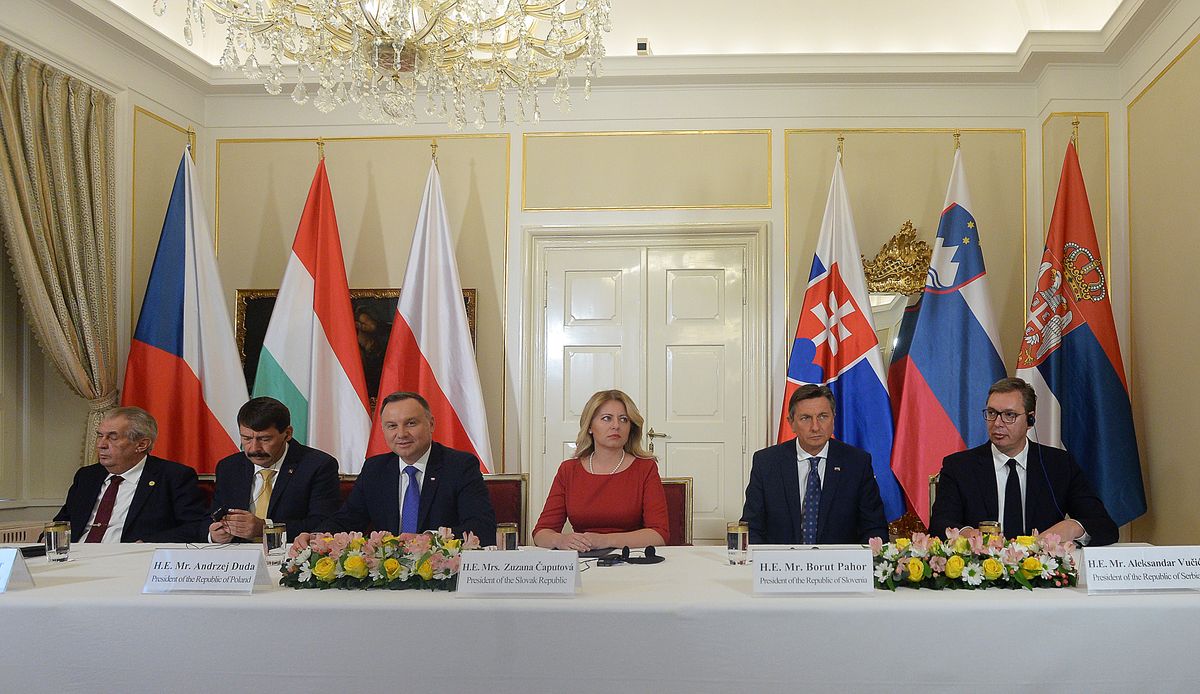 "In the way you used to look at many Western countries, we look today at the Visegrád Group and the achievements you have attained," said President Vučić at the joint press conference following the end of the extended format Summit in Prague.
He added that he hoped and believed that Serbia would one day belong to that club.
"Thank you to the President of the Czech Republic, Miloš Zeman, for the exceptional hospitality and invitation which means a lot to Serbia. I am here the only one representing a non-EU country. We had very open talks, we tackled the enlargement and I told our friends in the Visegrád Group that we hope they will be the ones who, through their concrete steps and even more direct efforts, will influence everyone else to make the process faster, clearer and more transparent for Serbia," said President Vučić, adding that those countries will always have the support of Serbia in all multilateral bodies and the international community.
The President conveyed that he said at the Summit that Belgrade initially had - as one of the conditions - a legally binding agreement with Priština, but that we are no longer sure what it implies - whether it is the mutual non-hindrance with respect to the entry into certain organizations, as individual EU members as well as the US demand from Serbia to recognise Kosovo which, he pointed out, was not a requirement at the beginning of the negotiations under the Chapter 35.
"I also said that there are people living in Serbia, that we are not marble-stones, that we entered the European integration process in 2000, that the then authorities used to say that the process would be completed in 2007 and that today we cannot say with certainty that we will join the EU even in 2025 and even provided that we fulfil and do all that is required from us," said President Vučić.
He pointed out that with all his friends from the Visegrád Group and Slovenia he had openly discussed everything and most notably the EU enlargement into the Western Balkans, and expressed his expectation that those countries would support Serbia, but also that they will take concrete steps to make the process faster for Serbia. 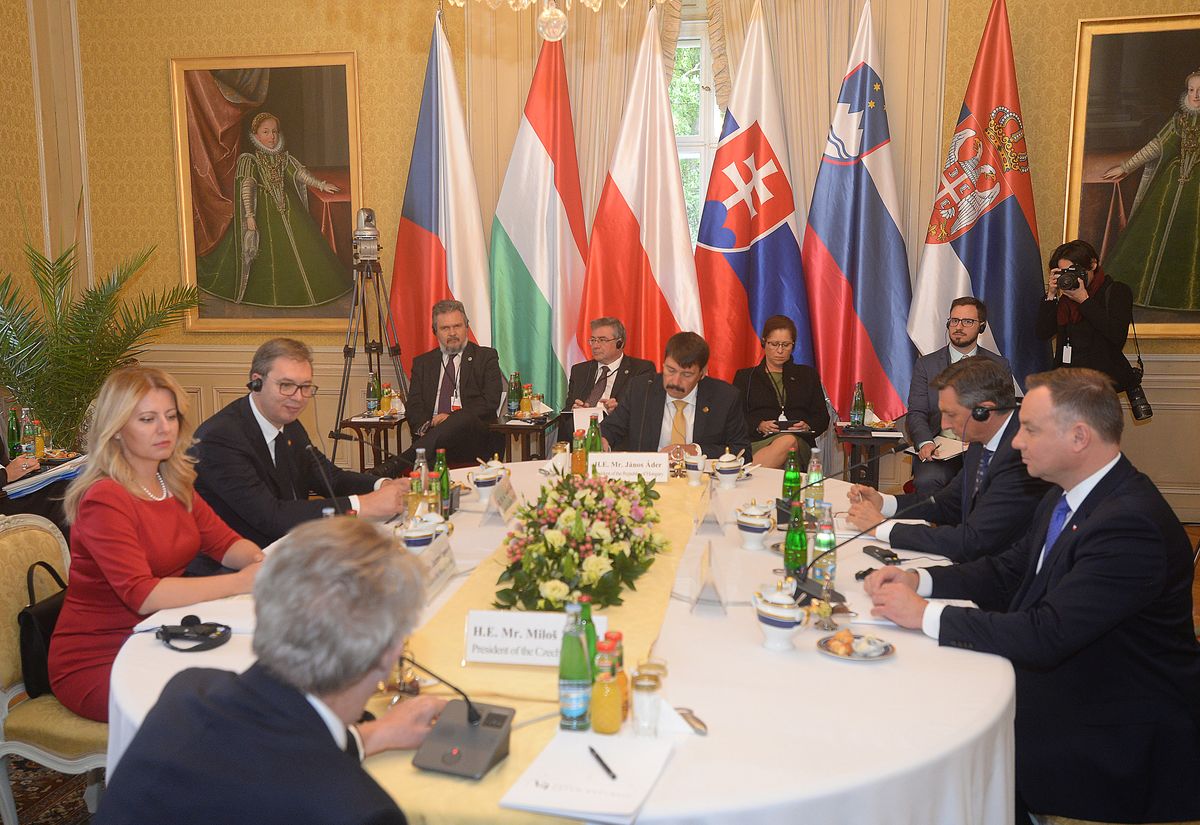 "It means a lot to Serbia", stated the President.
President Vučić said that the people of Serbia and the people of the Visegrád Group countries are mutually perceived not only as friendly but also as fraternal and that this serves as a sound base for cooperation.
"I am honoured to have the opportunity to be your guest and the guest of the Visegrád Group in this place not far away from Prague," said President Vučić.
At today's Summit in Prague attended by the President of the Republic of Serbia Aleksandar Vučić, the Visegrád Group unanimously supported Serbia as declared by the host of the event, Czech President Miloš Zeman, "in every way possible".
Czech President Miloš Zeman who invited President Vučić to participate in the meeting - which is also interpreted as a sort of precedent - said that all the members of this alliance support Serbia's accession to the European Union.
"I am pleased to inform you that all the Presidents here unanimously support Serbia's accession to the European Union. They are ready to proffer their fullest possible assistance," said Zeman at the press conference.
Chiefs of the member states - Poland, Slovakia and Hungary as well as Slovenia's President Borut Pahor, also expressed their support to Serbia.
Hungarian President János Áder stressed that the task of the new European Commission will be - if the candidate countries fulfil all the conditions - to eliminate the loss of trust that has arisen in the past due to delayed membership, and to immediately implement the enlargement policy to those countries.
Áder said that all five presidents from the EU member states including the visiting state of Slovenia once again declared at this meeting their position in favour of Serbia's EU accession.
"This is not a piece of new news, but we have now conferred that our position will not change in the future," President Áder said.
Áder stressed that enlargement that would comprise Serbia as well as the other countries in the region, remains important because the security of Europe depends on the stability in the Balkans.
Polish President Andrzej Duda also remarked that the representatives of the Visegrád Group members made it clear to Serbian President Aleksandar Vučić at the meeting that they will support Serbia on its path to the European Union. 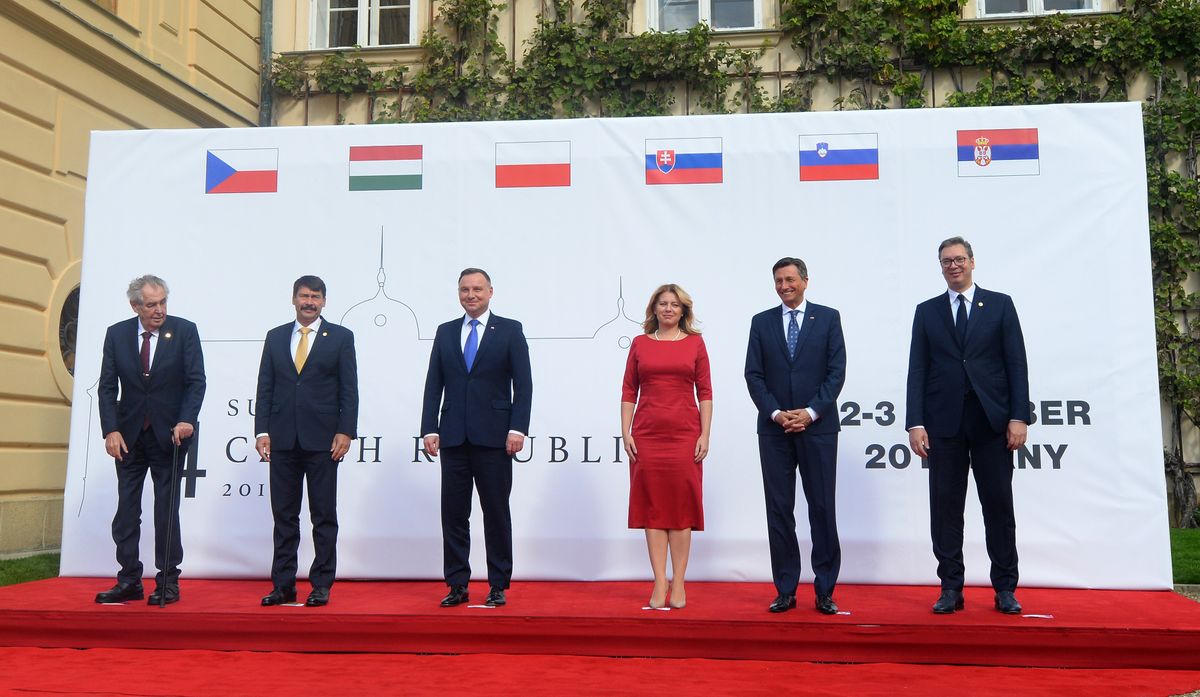 Duda said that the door to the EU should be open to non-member countries, but that there should be clear criteria, deadlines and conditions because there can be no trust without them.
"The process is nevertheless difficult. Our countries have these experiences. We entered the EU 15 years ago and we know the challenges that these countries and these societies have to face. This was also highlighted by the President of Serbia," said President Duda.
He added that they have clearly conveyed to President Vučić at the meeting that they will support him on the European path.
President Duda also said that it is crucial for the EU to show that it is ready to accept new members and stressed that all countries must benefit from the open door policy.
Slovak President Zuzana Čaputová also reiterated her country's support for Serbia on its path to the European integrations.
She recalled the experiences of Slovakia, saying that the transformation process was beneficial and that upon fulfilling of all the criteria, Slovakia is today a highly integrated country.
"We still seek more integration today. Our polls show that the EU membership is beneficial for us and that people appreciate that. We have a lot of EU support in Slovakia," she said.
Slovenian President Borut Pahor said today after the Visegrád Group meeting at the Lány Castle that he supports the geopolitical priority of the current summit, that is - the support for the EU enlargement to the Western Balkans.
Pahor stressed that Slovenia supports the enlargement of the EU to the Western Balkans as it leads to a reduction in security risks.
Pahor said the risks for the EU security would increase if the Western Balkans are not integrated or if the integration continues to be delayed.
He emphasized that the support of V4 and Slovenia, not only for Serbia but for the entire region, remains very important.
“Our obligation as members is to explain to the EU the need for enlargement. I understand that some believe that the EU should first be consolidated internally, but I suggest that we do not forget about the enlargement during the implementation of reforms within the Union, especially with respect to the Western Balkans. There could be bad consequences for the EU if it puts the enlargement aside," he said. 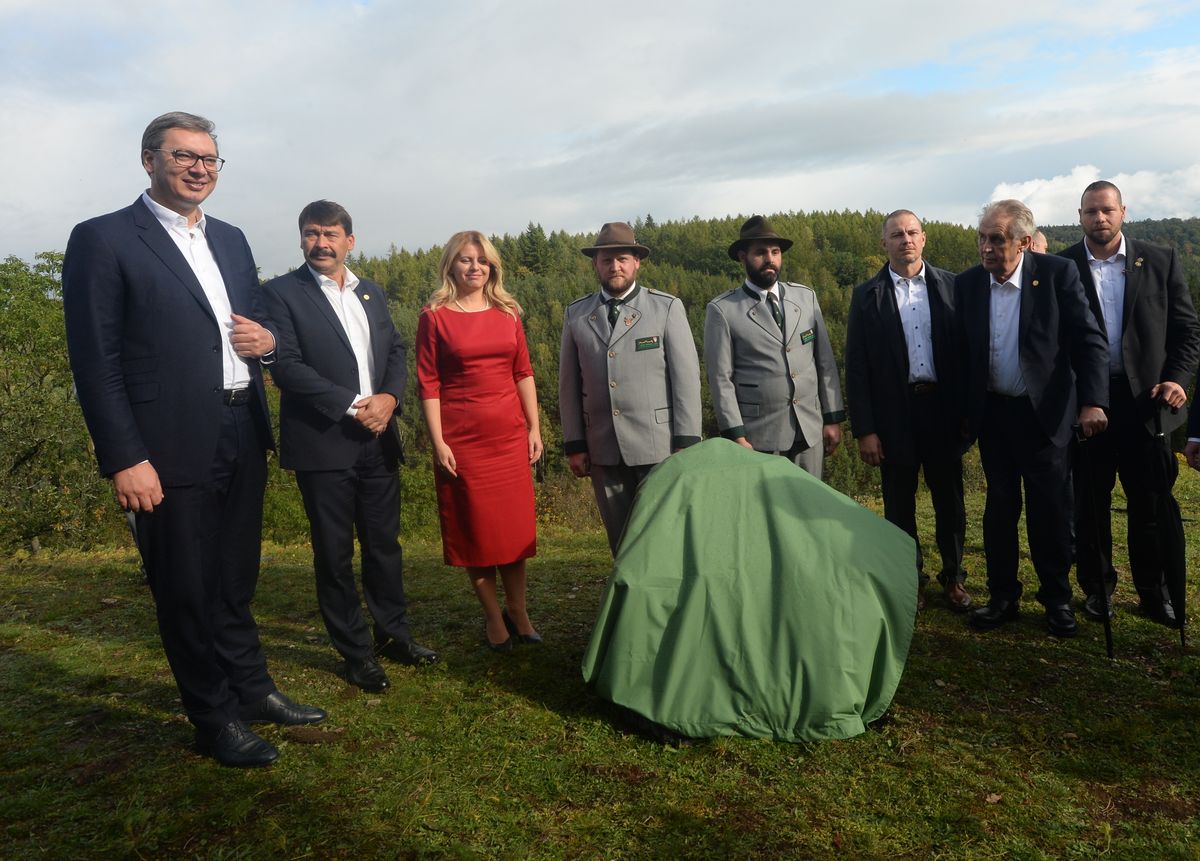