President of the Republic of Serbia Aleksandar Vučić laid a wreath today at Sremska Mitrovica Memorial Park on the occasion of Remembrance Day for the victims of Jasenovac Concentration Camp and its largest execution site Donja Gradina. 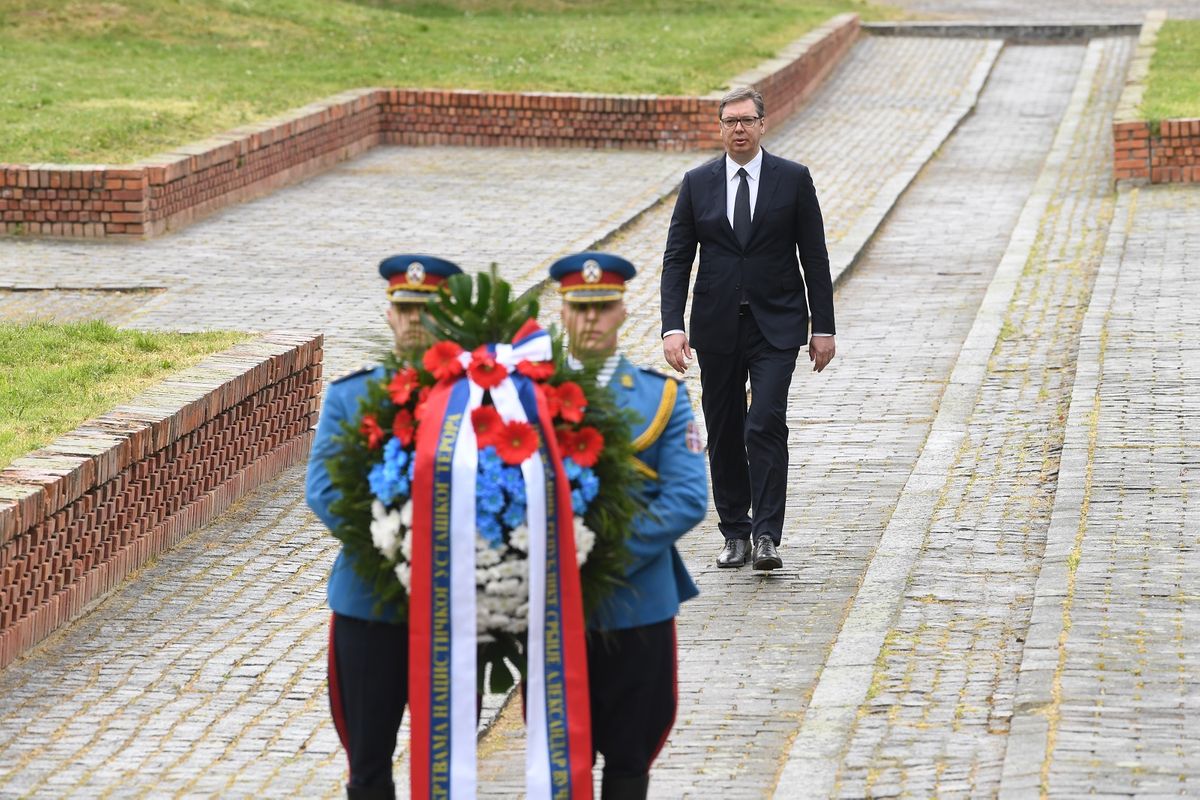 "We must not, and we will never forget Donja Gradina, Jasenovac, Jadovno, Drakulići, Motike, Šargovac - no camp, mallet, knife or bullet, no tomb or crime against the Serbian people. We will not forget any of the names of those who have pursued the policy of exterminating one nation, the Serbian people," President Vučić said in his address. He stressed that he came to Sremska Mitrovica today because, since the opening of the Memorial Park, no Serbian president has ever visited it. 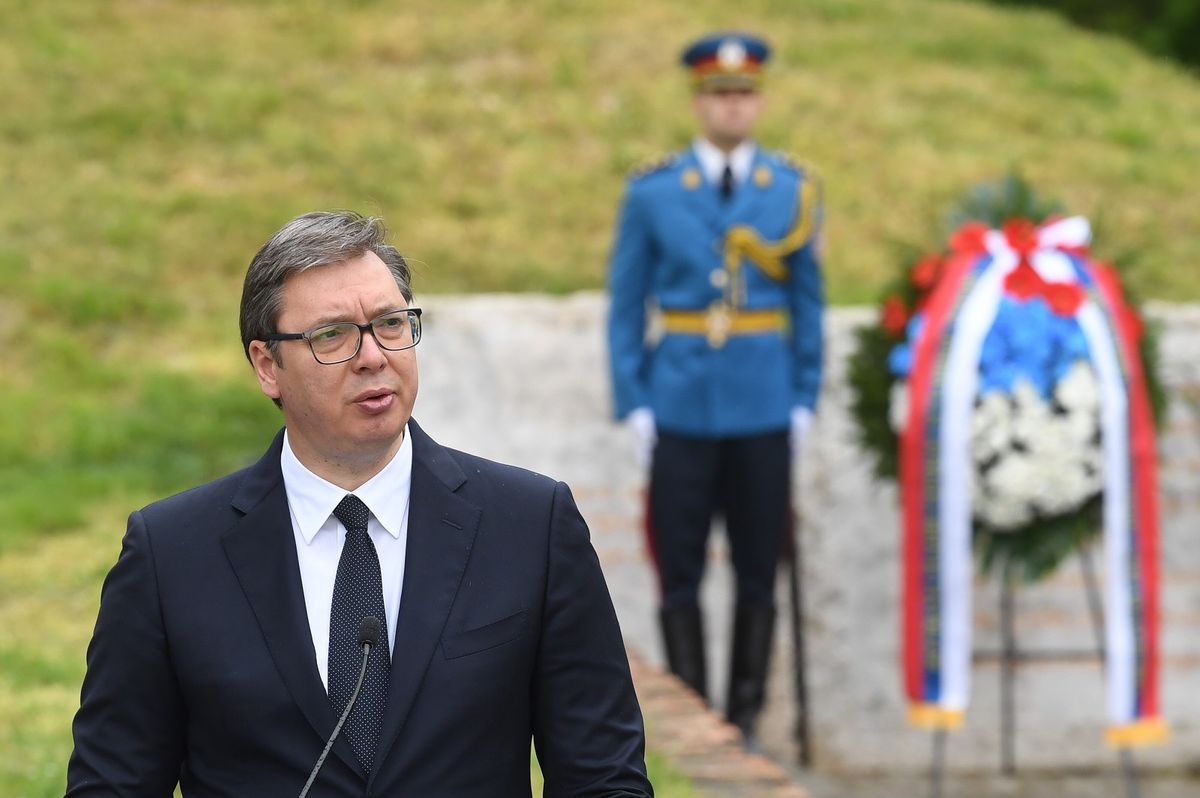 "We have no right to forget because, by doing so, we would give up and turn our heads away from justice, freedom, our own existence, and even God. In our schools, textbooks, little is known about this place. Not much is being learned about Jasenovac either, nor about Belgrade, Šumadija, Novi Sad, about the east and west of Serbia. How do we then hope that those who belong to the people who committed the atrocities will assume a different attitude to what had happened? Serbia is proud today. Aware of itself and its history, aware of its people in the Republic of Srpska, Montenegro and many other countries in the region. Identity, tradition, faith and memory are the rights we acknowledge to others, but we keep them firmly for ourselves as well. We will not turn our heads away. Silence is a crime, and it should no longer hold," said President Vučić. He recalled that for several years Serbia and the Republic of Srpska had been jointly commemorating the suffering of the Serbian people.
"We show unity for the first time in decades, even centuries, we show it every year by remembering the great sacrifices and calvary of the people, the immense suffering, and we keep pointing at the only direction that our people can take towards a different future," said President Vučić. 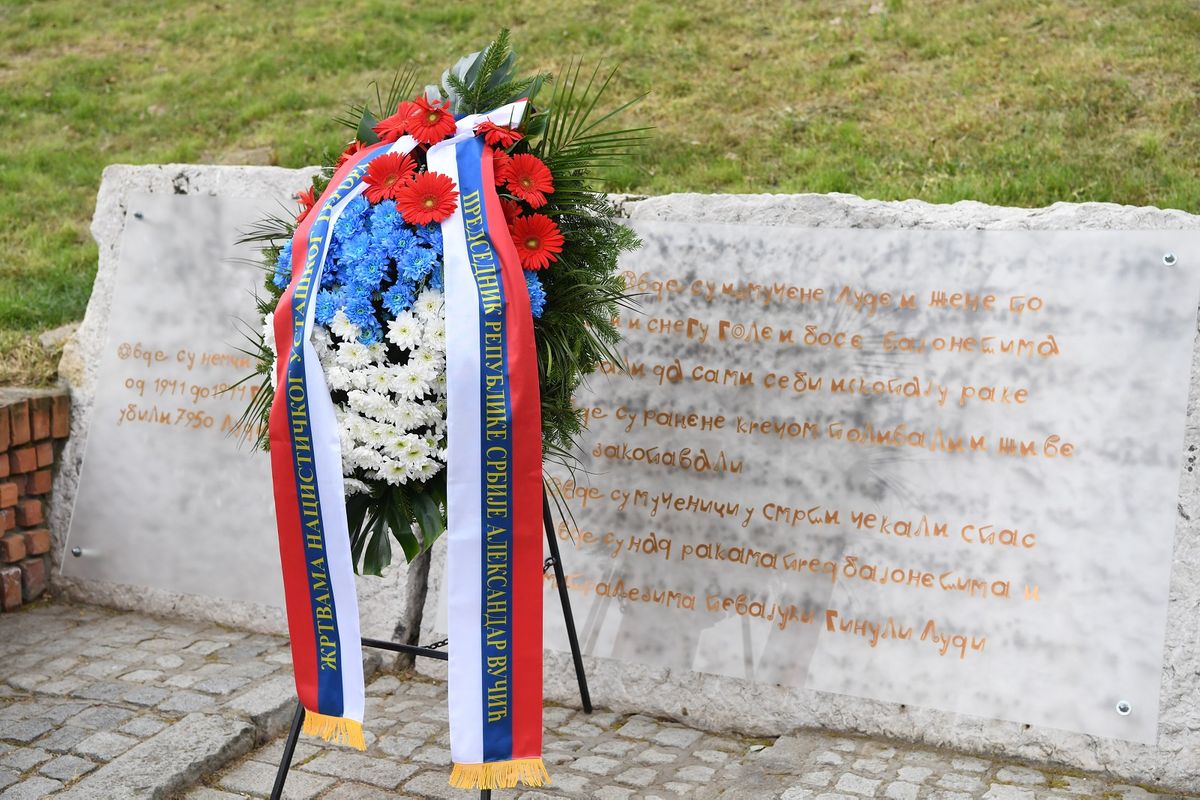 Memorial service for the Jasenovac victims was also served by the priests from the Dubica parish. The service was held in the Memorial area of Donja Gradina in the Topole cemetery field.
Serbian Member of the Presidency of Bosnia and Herzegovina Milorad Dodik said that Donja Gradina is a place of remembrance where silence speaks more than words.
"We are not gathering to pay tribute to the suffering of individuals, but to the suffering of a nation that has been subjected to extinction. The memory of Jasenovac and all the suffering must remain a part of our remembrance culture. Not to call for war, but a memory that will prevent war and suffering. We are coming here to pledge the peace that we want to all people," said a Serb Member of the Presidency of Bosnia and Herzegovina.
26th April 2020
Share