President Aleksandar Vučić laid a wreath today at the Monument to the Heroes from Košare, which marked the 22nd anniversary of the end of the battle in which members of the FR Yugoslavia Army defended the state border for 67 days.

Upon laying the wreath, President Vučić talked to the gathered veterans of the Košare Battle and thanked them for everything they did for the homeland. The President particularly pointed out that the memory of the fallen soldiers must never fade.
"Eternal glory to the Košare heroes! They fought an impossible battle against a far superior opponent, knowing that the country they were defending was more important than anything. Košare are today in someone else's hands, but no one will ever be able to erase the heroism of the Serbian soldiers who protected their homeland. May eternal glory be granted upon them!", said President Vučić and added that the veterans of this battle give him additional energy "to fight even harder for Serbia". 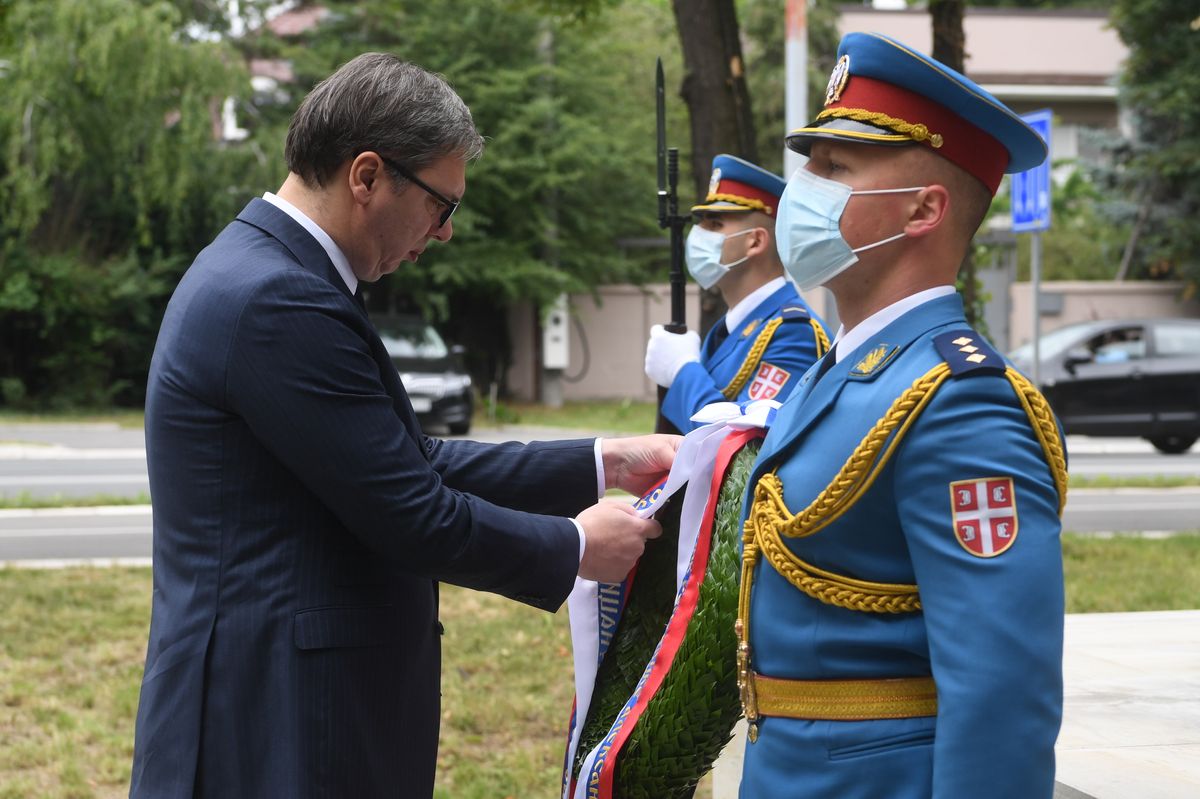 A monument to the heroes from Košare was erected last year in a park near the CHC "Dr Dragiša Mišović". The names of 108 soldiers, non-commissioned officers, officers, reservists and volunteers who died in 1999 at the Košare watchtower are engraved on the monument.
Belgrade,
14th June 2021
Share