President Vučić meets the delegation of the European Parliament

President of the Republic of Serbia Aleksandar Vučić said today after the meeting with the leader of the European People's Party Manfred Weber and European Parliament rapporteur for Serbia Vladimír Bilčík, that Serbia seeks the opening of new chapters in accession negotiations, but also a more transparent situation as to what it is that the EU countries perceive as the future of the Western Balkans. 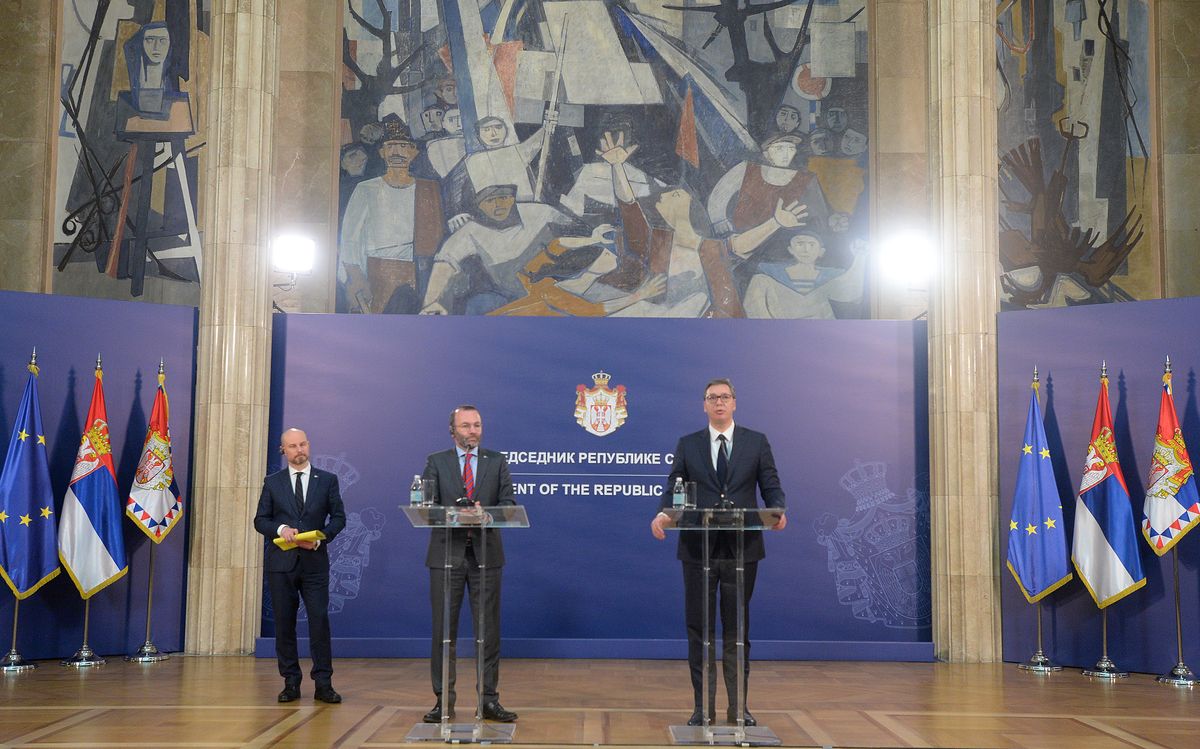 "It is important for me that Serbia proceeds on its European path. We have a trade exchange with the EU of 67 per cent," he explained.
President Vučić said he had good talks with the European Parliament officials on important topics ranging from Kosovo and Metohija to the country's economic situation.
"We will have higher economic growth than forecast and we expect it to be 3.9 or 4 per cent. This would make us one of the countries with the highest growth in Europe. At the same time, we are reducing the public debt to GDP ratio. We have decreased the unemployment rate to below 10 per cent, thus bringing us closer to the EU countries," the President said.
President Vučić pointed out that a compromise solution for Kosovo and Metohija is the issue bearing many problems and that we do not know how the things will proceed in the future, but that we are always ready to explore further.
He said that the state of human rights, democracy, media freedoms and everything else that is in the interest of the citizens of Serbia have also been tackled, adding that he was critical of himself and us and that he understood some of the guests' remarks, but that he also indicated what he really thinks. 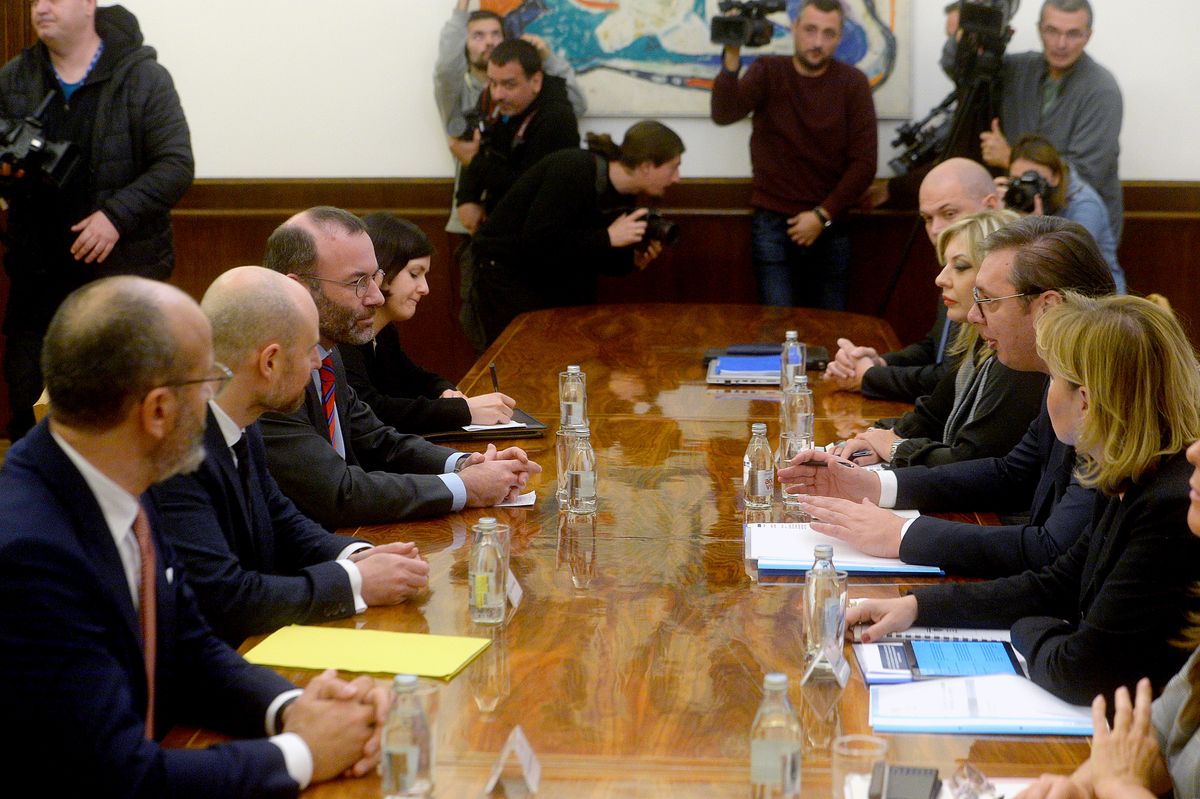 President Vučić thanked the European Parliament rapporteur for Serbia Vladimír Bilčík for being in Serbia for the second time in a short time, while acknowledging the EPP leader Manfred Weber for his outstanding contribution to the advancement of the European idea and the Western Balkans region.
European People's Party (EPP) leader Manfred Weber said today that he can observe in Serbia the readiness for change and the EU membership and that President Vučić aspires to have Serbia in the EU.
"My message and our message is that Serbia is a great friend and we will do all we can to give Serbia a credible European perspective," Weber said after talking with President Vučić.
He also said that the process itself is not an automatic one and that "everything is a matter of engagement", that is, that the EU must do its "homework" because it faces certain challenges, democratic procedures, etc.
"We have a constant process of developing the basic principles and democratic ideas," Weber said, adding that the Union and Serbia share common ideas and the European way of life and that they need to fight for it. 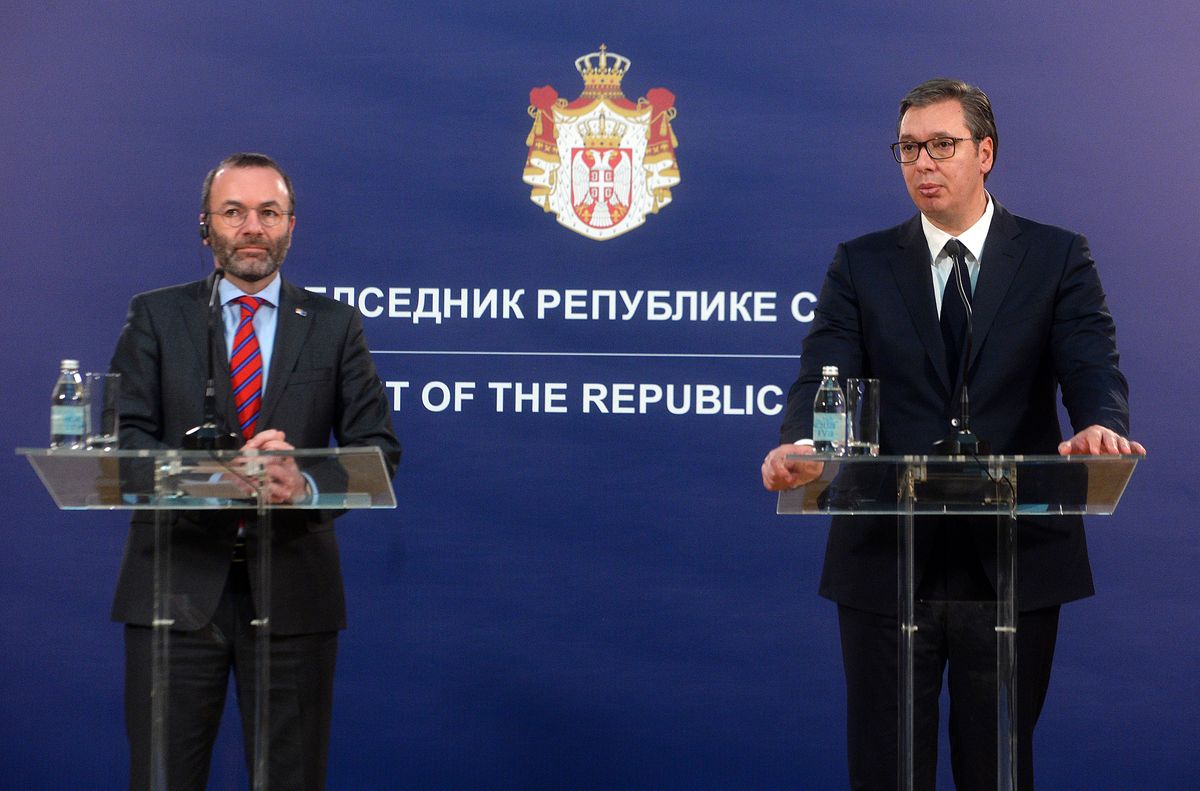 Weber said he was pleased that Serbia was developing very well economically.
"It is great to see Serbia achieving such good results and having a perspective," Weber said.
According to him, this may slow down the problem of brain drain which is present across the region, and pointed out that the future of Europe is in the staying of young people in Serbia and other countries of Central and Eastern Europe, where they have perspective.
"That is also our message and we want to work and contribute to that, and thanks to your leadership, the economy in Serbia is on the rise," Weber said.
Share