President of the Republic of Serbia Aleksandar Vučić said today, following the meeting with the Prime Minister of Hungary Viktor Orbán, that the relations between Serbia and Hungary are the best in modern history, both political and economic, as well as in other spheres of life. 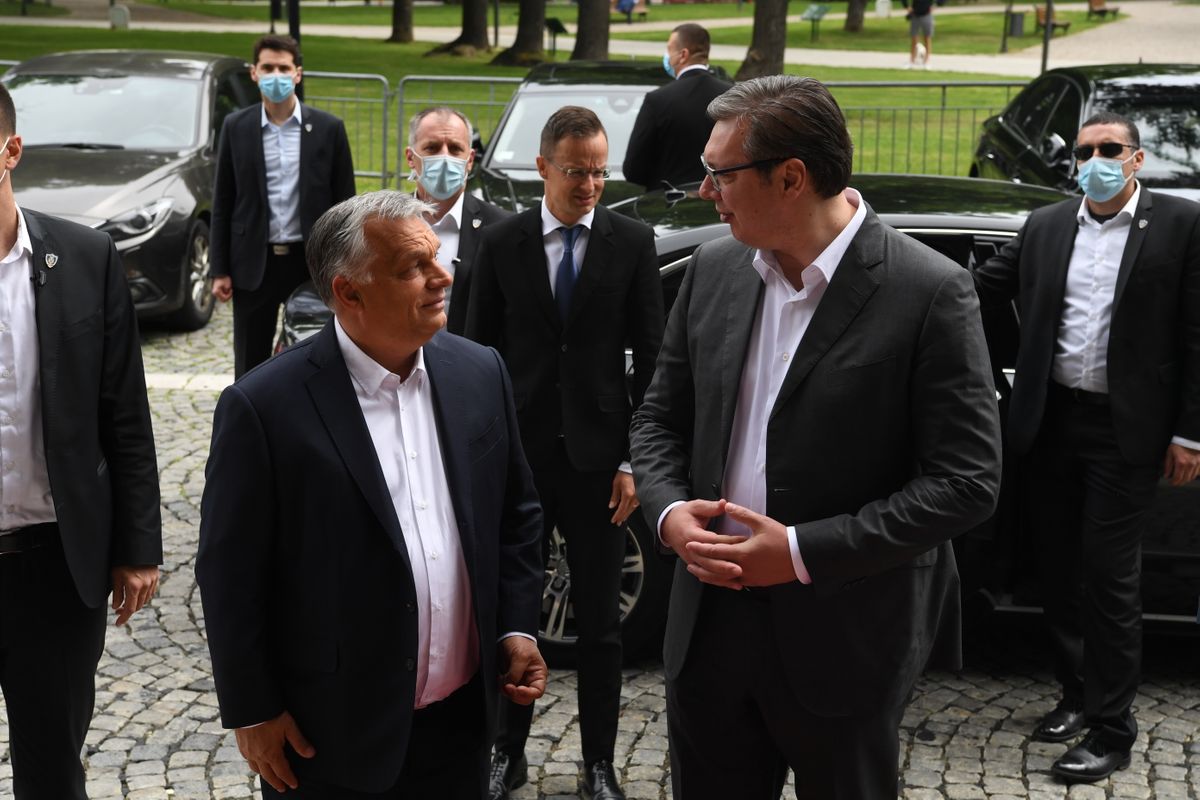 President Vučić expressed his gratitude to Hungary for the support it continually provides to Serbia on its EU path, as well as for the help during the crisis caused by the coronavirus pandemic.
"I am grateful to the Hungarian leadership, especially to Orbán, for his passion and courage to start fighting the windmills of the past a few years ago and to build the future. We have succeeded in that, and I am happy that Serbs and Hungarians, the citizens of the two countries, today have exceptionally good relations," the President said.
He pointed out that the two countries ended last year with a trade exchange of 1.76 billion euros, and that in the first quarter of this year, despite the crisis, an increase of 8.37 per cent was recorded. He added that Hungary is Serbia's third partner at the EU level and is approaching the second place.
President Vučić said that he was particularly pleased that Hungarian investments would come to Arilje as well, and pointed out that their investors were not only interested in the areas where the Hungarian population lives.
"That way you will be able to see an exceptional company in the processing and food industry in Arilje, which was unthinkable, but it is the result of good cooperation," said President Vučić. 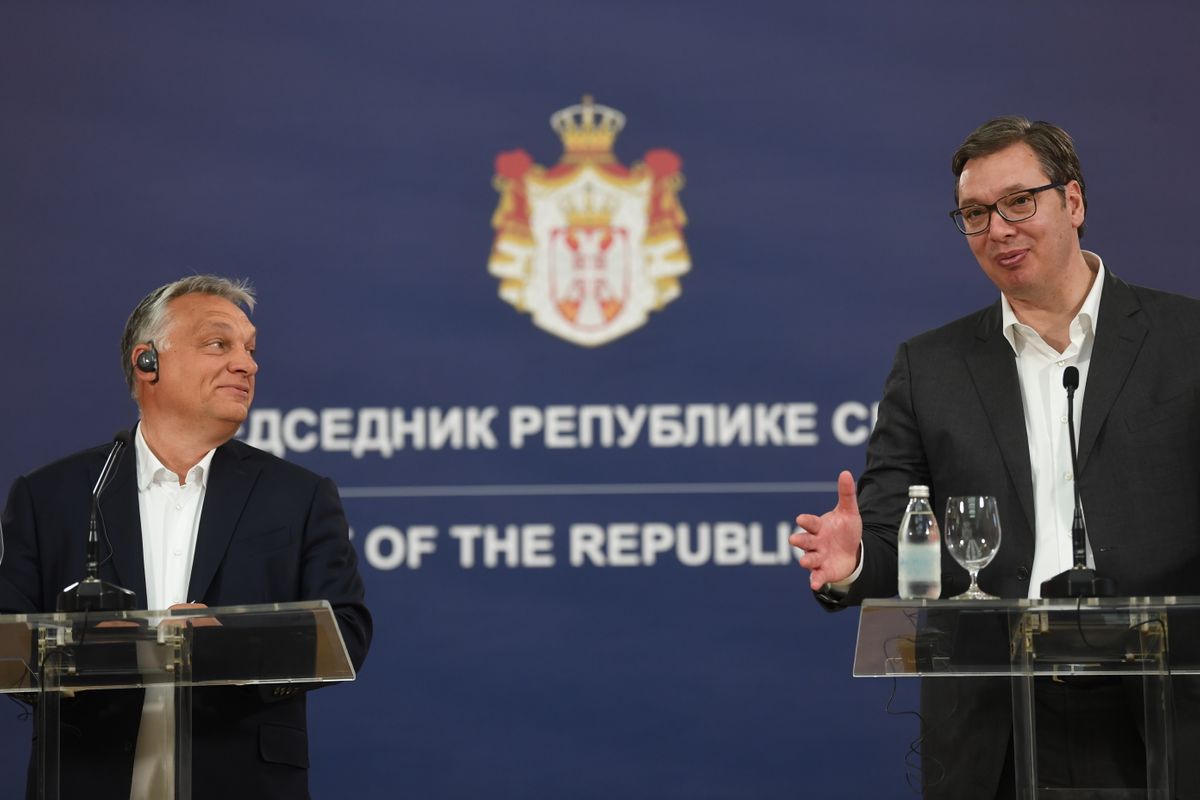 President Vučić added that he had explicitly asked for additional support from Hungary to Serbia on the EU path.
"We are also grateful to Commissioner Várhelyi, who is the Hungarian choice in the EC and who helps Serbia a lot. I asked for even stronger support for Serbia, which is almost impossible because Hungary always and everywhere supports Serbia," said President Vučić and expressed confidence that with the help of Hungary and others, it will be possible to secure Serbia's European future.
President Vučić expressed his gratitude to Hungary for the support and help that our country received during the pandemic, at a time when help was not coming from many sides. He especially pointed out the help and support in the advice on how to find a way to get the goods and medical materials and devices.
The President congratulated Hungary on the successful fight against the coronavirus and the economic results attained, adding that our two countries will be key competitors in who will have the highest economic growth. 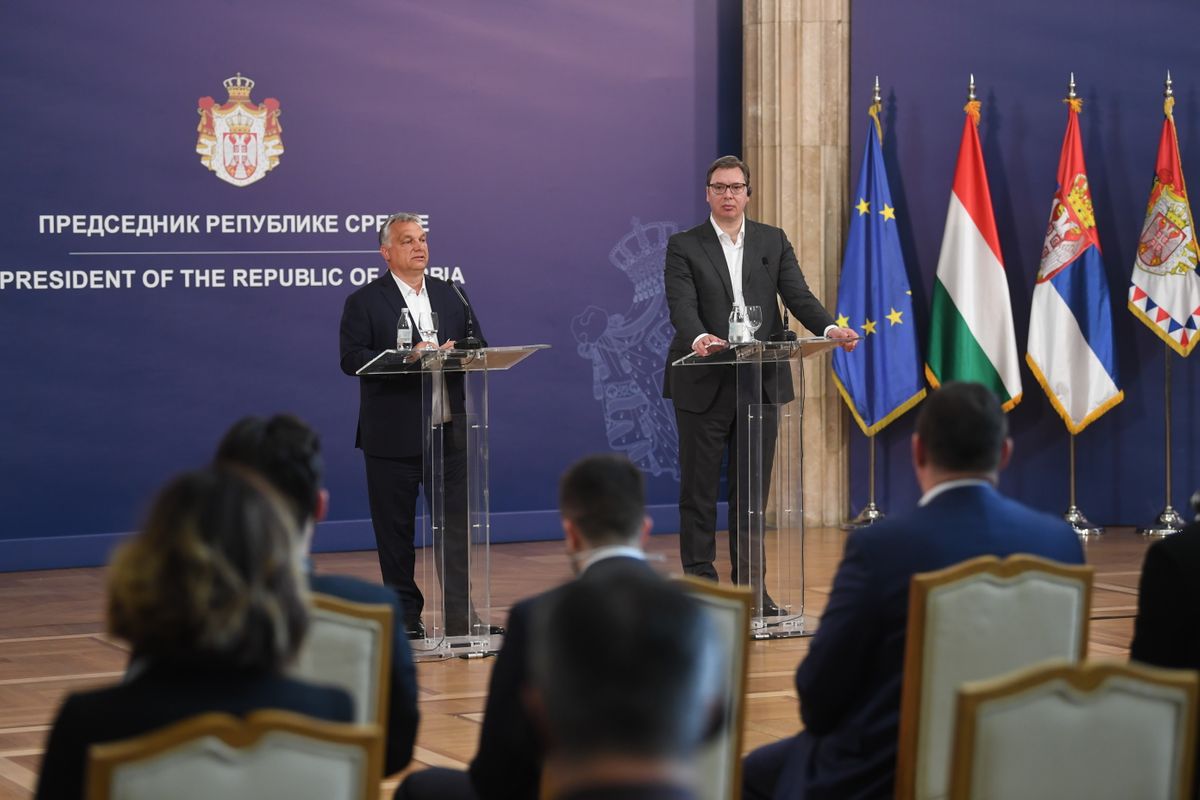 President Vučić said that talks were held on all other forms of cooperation, such as sports, culture and many others. He also added that he would have the honour to visit the National Museum together with Orbán and Szijjártó, which he thinks is the most important cultural institution, and show them the treasures of Serbian history, knowledge and art.
He said that they also talked about bilateral projects such as the Belgrade-Budapest railway, but also the Subotica, Szeged, Baja and Subotica railways.
President Vučić thanked the Prime Minister of Hungary, Orbán, for the attention he pays to Serbia.
"Thank you for your support on the European path, for the exceptional bilateral relations. Everyone's job in the future will be to look after and take care of those relationships. It is impossible to establish better neighbourly and friendly relations than the ones we have today," said the President.
Share