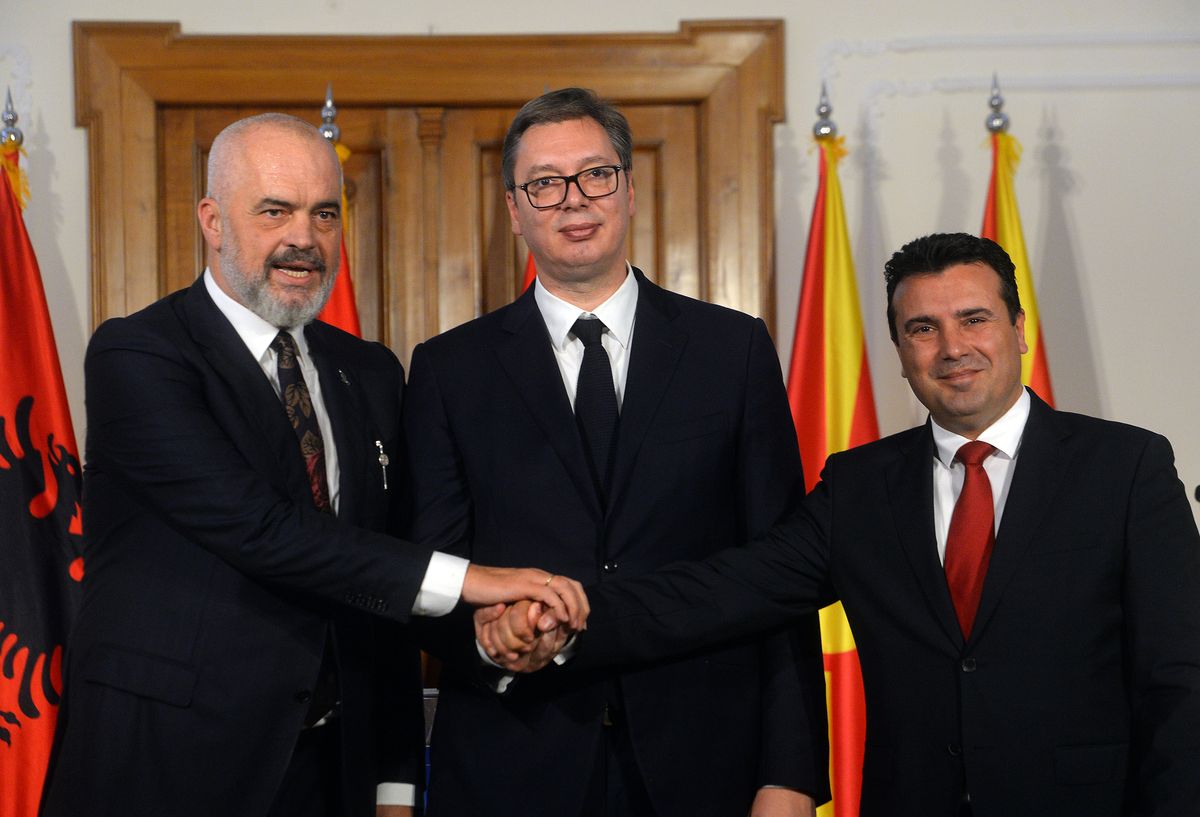 President of the Republic of Serbia Aleksandar Vučić stated today after the trilateral meeting with the Prime Ministers of North Macedonia and Albania, that today's talks themed the benefits of the citizens of all three countries and that the objective of the three is that the "borders of our countries will be crossed only with ID cards" by the end of 2021.
"The document you will see is based on the freedom of movement of capital, goods, services and people, because the people of our countries deserve a better life and lower unemployment", said President Vučić at the joint press-conference and added that these are the pivotal freedoms or values, internationally acknowledged and promoted by the European Union.
The President also emphasised that this agreement will yield benefits not only to the citizens but also to the economies of these countries.
At the next meeting to be held on the 10th November in Ohrid, the three countries will present the most concrete measures, announced the President of Serbia.
„Many will call our meeting in Novi Sad - the city famous for its spirit of tolerance - revolutionary. This was the meeting of exceptional importance for the three countries, and undoubtedly for Serbia. What has been agreed is of immense benefit for our citizens in all of the three countries, because we are convinced that the citizens deserve a better future, higher living standard, and incomparably lower unemployment rate", said the President. 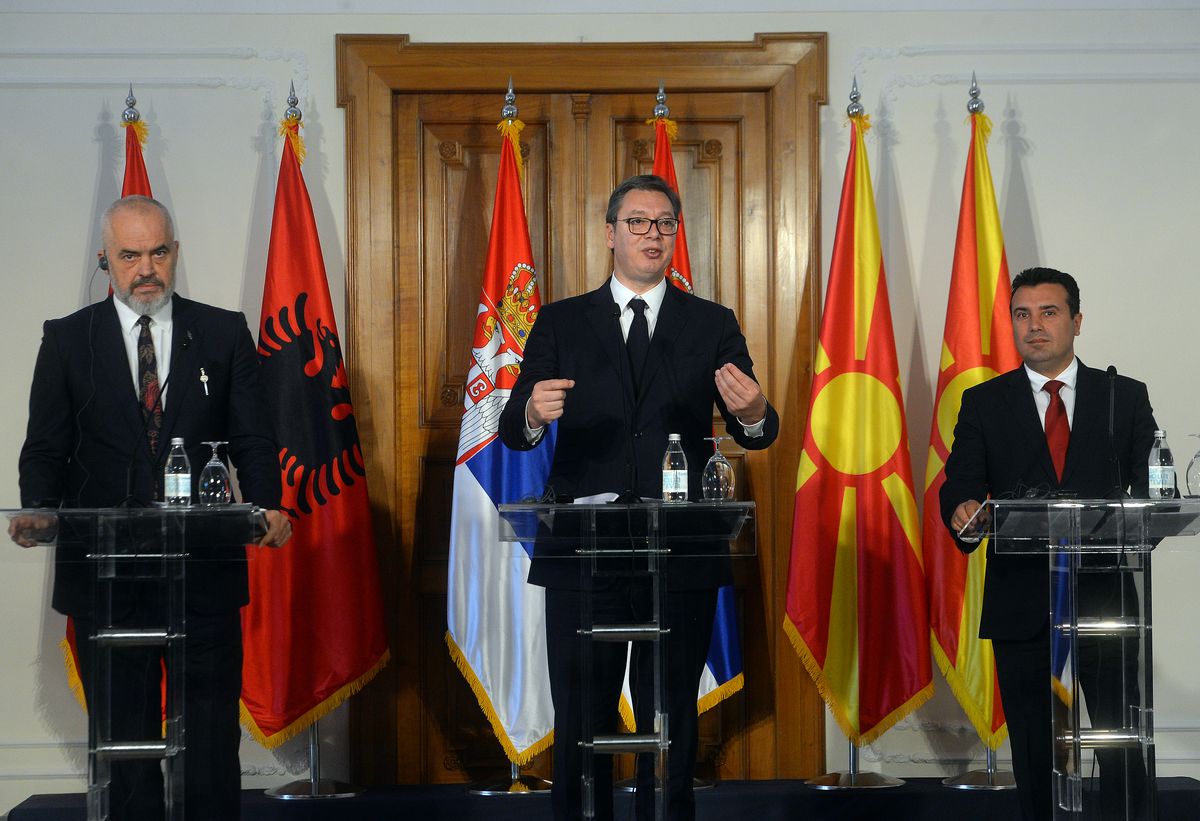 As President Vučić pointed out, the countries have reached a certain stage through the reforms, and now - in a new manner - they will jointly act towards the growth of the economy through a more successful arrangement of mutual relations.
„The objective by the end of 2021 is to create the conditions for crossing all our borders with personal ID cards", said President Vučić and noted that with Albania we still do not have the opportunity to travel with the ID card. He expressed hope that this possibility will be agreed at the upcoming meetings.
„We believe that we can shorten the wait time for trucks at our borders as according to the World Bank analysis our trucks waste 26 million hours at the borders. This would imply a substantial cost-saving and we would also have more money for higher salaries", explained the President.
President Vučić said it is agreed that the next meeting will be held already on the 10th November in Ohrid, when it is planned for all three countries to present the most concrete measures.
President Vučić thanked the Prime Ministers for spending a day and a half in Serbia and expressed his hope that the cooperation will be increasingly better to the benefit of the citizens. 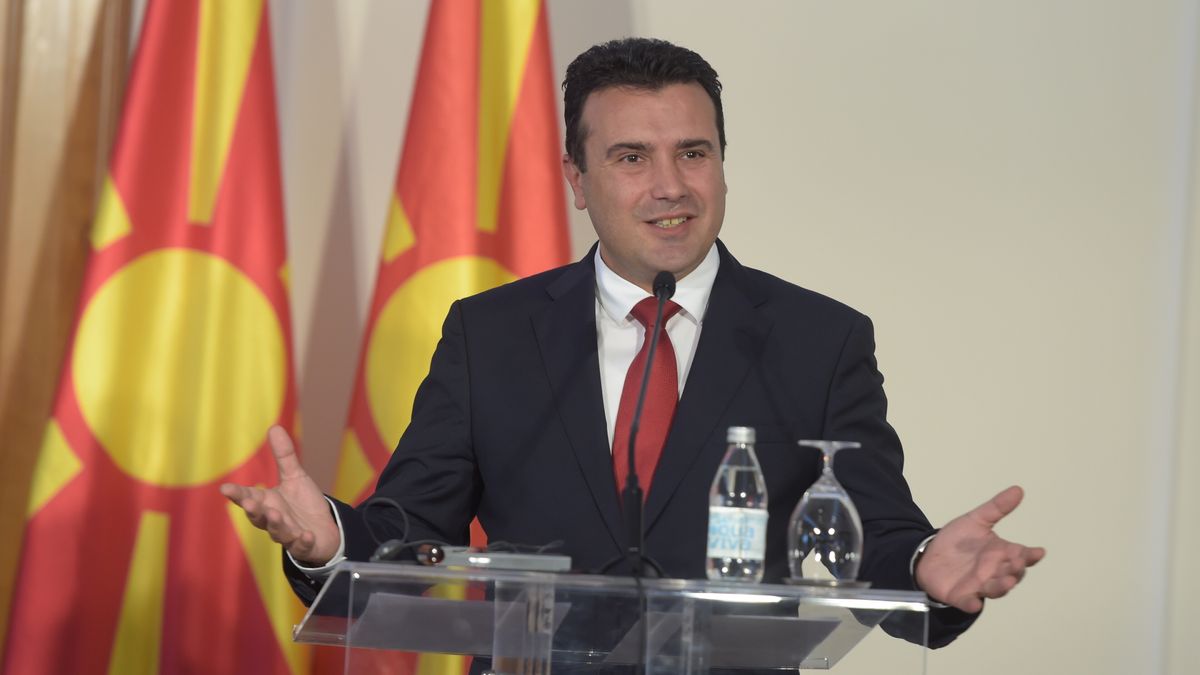 Prime Minister of the Republic of North Macedonia Zoran Zaev said today that together with Serbia and Albania an initiative has been set forth aimed at stronger regional connections and a message has been conveyed that political relations in the region are becoming more simple, that the Balkans is not a gunpowder barrel anymore but rather the region of peace, stability and economic development, the region of the 21st century, committed to a better life.
The Prime Minister of North Macedonia is convinced that with this initiative the region will gain more respect, that it will be more competitive in the world and more attractive to the citizens of the Balkans for staying and living in the region, but also to foreign investors to draft their plans based on the wide spectrum of our resources.
"We have many potentials to use and thus we will also obtain more respect from the EU", said Zaev.
Prime Minister of North Macedonia Zaev also called the others in the Balkans to join the initiative as the Balkans is - as he said - an inspiration for enhancement of cooperation.
"We need to invest much more into intensive work, and we must not satisfy ourselves with what has been done so far. Our region should definitely improve the cooperation concerning the four fundamental freedoms - free movement of goods, services, labour and transportation", said the Prime Minister of North Macedonia.
"We fixed the next meeting in Ohrid where we will continue with concrete steps and we hope to announce the concrete results and have the agreements signed", he said.
He added that North Macedonia - as the EU membership candidate-country - also assumed the co-presiding over the Berlin process together with Bulgaria which will provide an additional impulse to the increase in regional cooperation sought out by everyone in the region. 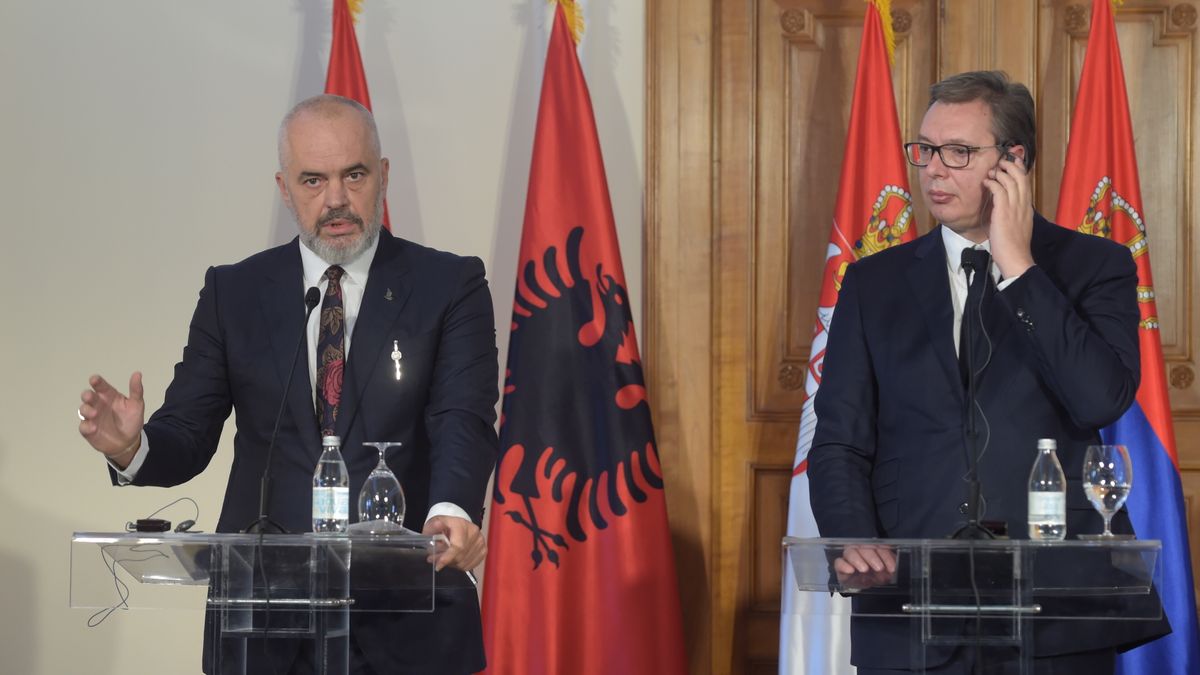 Prime Minister of the Republic of Albania Edi Rama said that the region desperately needs to go forward and that the initiative - called the "Small Schengen" - is open for all in the Western Balkans.
"This is not a meeting that happened suddenly and I would like to clarify to you that it does not aim at any exclusivity - quite the contrary, it is a step undertaken to provide the generally inclusive process and you can read in the declaration that we speak about the Western Balkans Six throughout the entire text", emphasised Rama.
The Prime Minister of Albania added that the open issues existing in the very core of the region should not prevent the sides to "agree that they disagree about some issues" and to agree on what concerns all the citizens.
At the press-conference after the meeting, Rama thanked the President of the Republic of Serbia Aleksandar Vučić and the Prime Minister of North Macedonia Zoran Zaev for the meeting which he assessed as valuable and which will have an important outcome.
He added that they agreed to support the principles of the joint declaration whose title, as he said, tells it all - the implementation of the four fundamental EU freedoms in the Western Balkans region.
Prime Minister Rama said that all countries need to do more for the well-being of their citizens and the free movement of people, goods, services and capital on this territory.
He noted that in 2017, at the meeting of the Berlin process in Trieste, the action plan was agreed for the Regional economic area, but that two years after that, not sufficient things had happened to be moulded into the economic growth, more interactions and higher integrations.
"The goal that gathered us together today in this format is of vital importance and we should go forward with a more energetic pace, with better coordination, so that those processes that were put on the paper would get more than one approval. Let us not have this done by the others instead of ourselves", said the Prime Minister of Albania.
Share