President Vučić on a one-day visit to Brussels

President of the Republic of Serbia Aleksandar Vučić paid a one-day official visit to Brussels, where he talked with the highest EU officials about the European perspective of Serbia, Serbia-EU relations, as well as the continuation of the dialogue on normalisation of relations with Priština.

President Vučić expressed his belief that at the end of the new Government mandate in 2024, the accession negotiations between Serbia and the EU will be completed, and that it is realistic for Serbia to become a member of the Union by 2026. In Brussels, he met with European Commission President Ursula von der Leyen, President of the European Council Charles Michel, EU Commissioner for Neighborhood Policy and Enlargement Olivér Várhelyi and EU Special Representative for Belgrade-Priština Dialogue and other Western Balkans regional issues Miroslav Lajčák.
"Serbia's interest is the acceleration of EU integration, and I talked about that with Ursula von der Layen in a very good and detailed conversation on all issues," said President Vučić, adding that we can expect the continuation of the dialogue between Belgrade and Priština soon.
"Before that, a summit awaits us to be attended by representatives of the biggest European countries, which will address the continuation of dialogue, but also further acceleration of Serbia's EU path. One of the essential matters in our policy in the coming period must be the acceleration of Serbia's European path. I will not go into details, but I am satisfied and convinced that we are entering the new phase of EU-Serbia relations with optimism," said President Vučić and noted that a positive climate is being created in Brussels for all these issues.

"I think that there is a good climate in the EU to consider the accelerated progress of Serbia, and at the same time a more elevated desire in our country and a changed situation to stimulate our European path," he underlined.
President Vučić conveyed that infrastructural connections within the region and funds from the EU that would be allocated to Serbia in the coming period had also been discussed.
"IPA funds are one thing, and they mean not a small amount of money. Guarantee schemes, i.e. guarantees - are another thing, which also implies much money," he explained, adding that the third thing is projects for the entire region since the idea of the EU is to connect all the Balkans capital cities by a highway and railway. 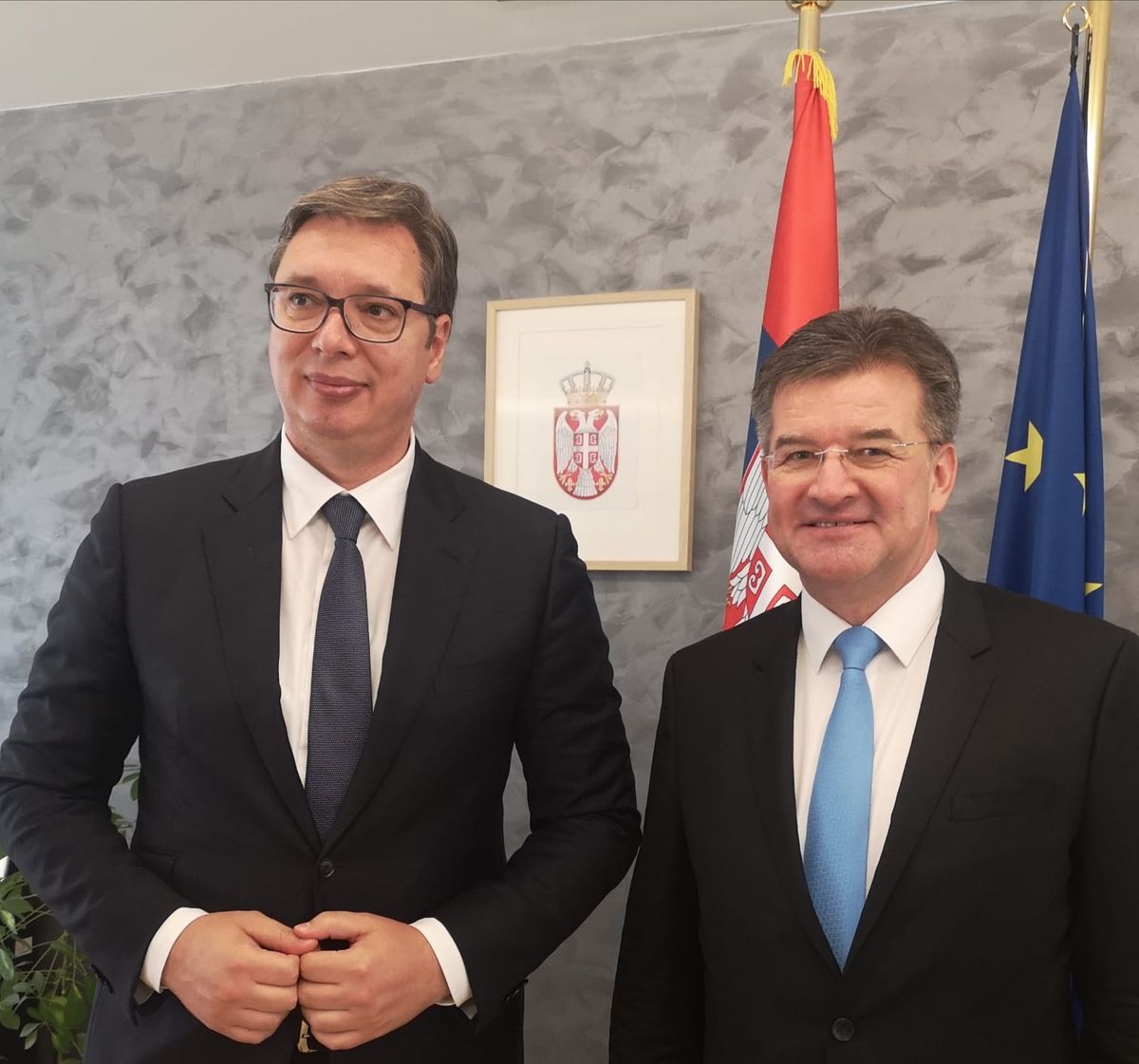 President Vučić said he expected the talks with Priština to resume in two to three weeks, and that he had discussed the situation in Priština with EU officials as to what we can expect and what their conditions might be.
President Vučić also pointed out that he had reviewed all critical topics with the European Union Special Representative for the Belgrade-Priština Dialogue and other Western Balkans regional issues, Miroslav Lajčák, and that now, following his visit to Belgrade, there is daily communication.
Share