President of the Republic of Serbia Aleksandar Vučić presented the Minister of Foreign Affairs of Cyprus, Nikos Christodoulides, with the Order of the Serbian Flag of the First Degree, for special merits in developing and strengthening cooperation and friendly relations between Serbia and Cyprus. 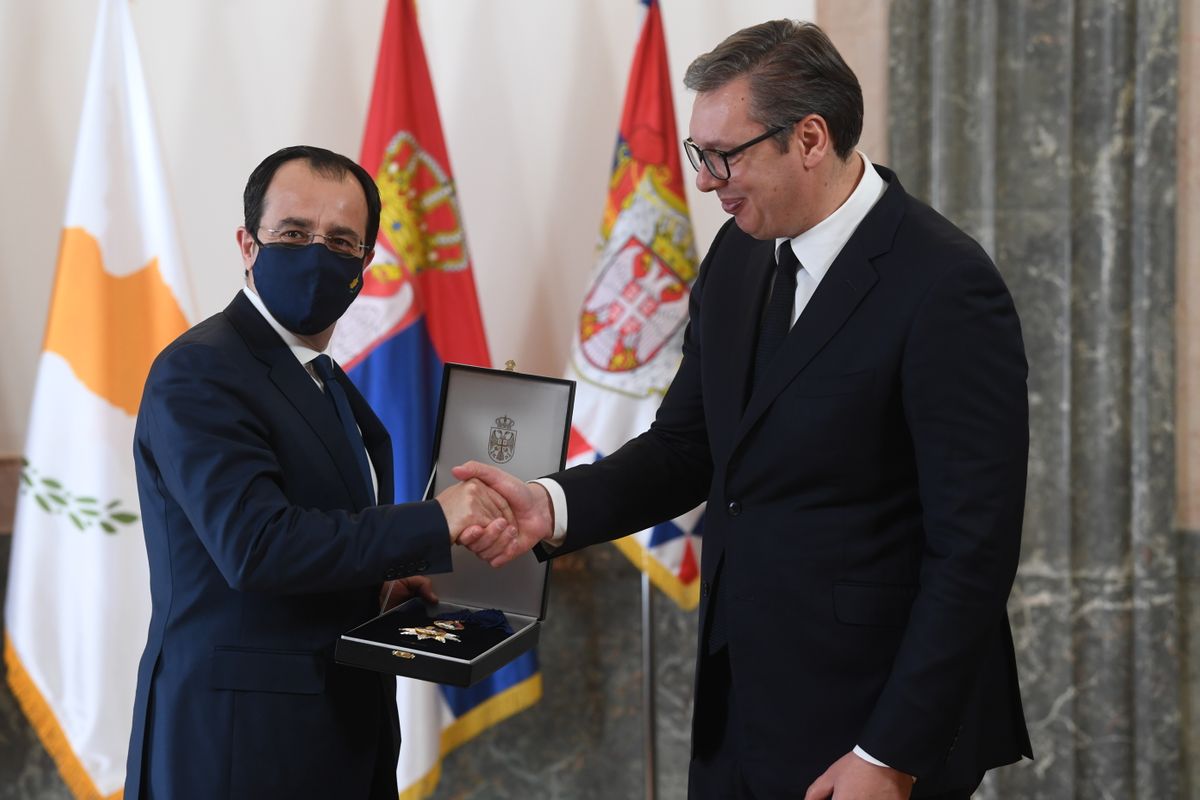 "Dear friend, I am honoured to be able to personally present you with the medal. You were decorated on the occasion of the Serbian Statehood Day and I want to tell the entire Serbian public that the holder of this medal is a dear friend, Minister of Cyprus, a country that has always been with our country and our people, a country that has stood in defence of international law and justice, always advocating for the preservation of the territorial integrity and sovereignty of Serbia and persisting in such an attitude despite pressures," said President Vučić.
He pointed out that Serbia, thanks to Minister Christodoulides, has always considered Cyprus the closest friend not only within the EU, but also among all other countries, and added that Serbia has always been able to appreciate the strong support of Cyprus.
President Vučić expressed his belief that Serbian-Cypriot cooperation in all areas of socio-economic life will be richer and stronger and said that he hoped to host the President of Cyprus in Belgrade soon at the session of the High Council for Cooperation between Serbia and Cyprus. 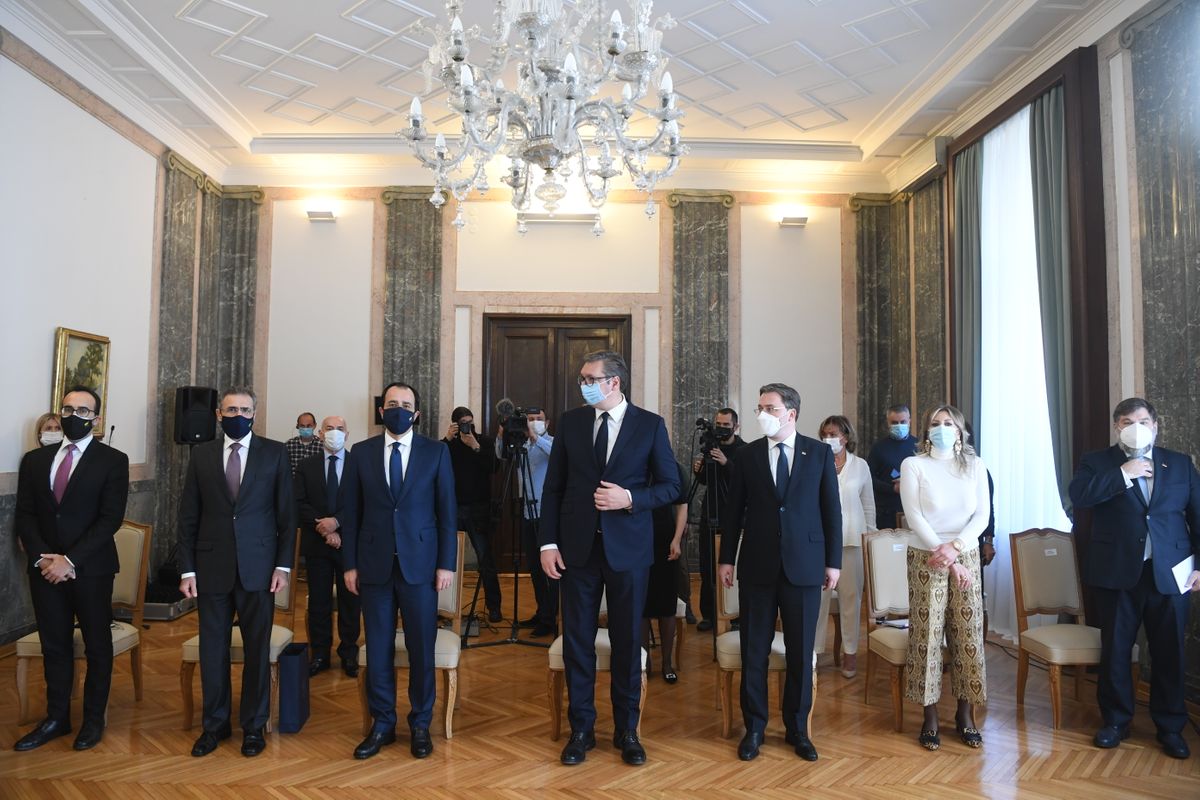 "Thank you for always showing trust and love for the Serbian people, just as we show seriousness, responsibility and trust in our relations with Cyprus. Thank you for everything, and we will strive to reciprocate you and your people," the President said.
The Minister of Foreign Affairs of the Republic of Cyprus said that he was honoured to receive the valuable recognition and to accept it with high gratitude, which is an expression of historical ties, common cultural values, religious tradition and long-lasting ties of friendship that unite us.
"Throughout history, we have faced many trials that threatened the existence of our peoples, but with great determination - which has become a characteristic of our nations - and through solidarity and support, we have managed to respond to the challenges and gained the right to look to the future with optimism, working with our neighbours in developing peace, security and prosperity," the Cypriot Minister said. 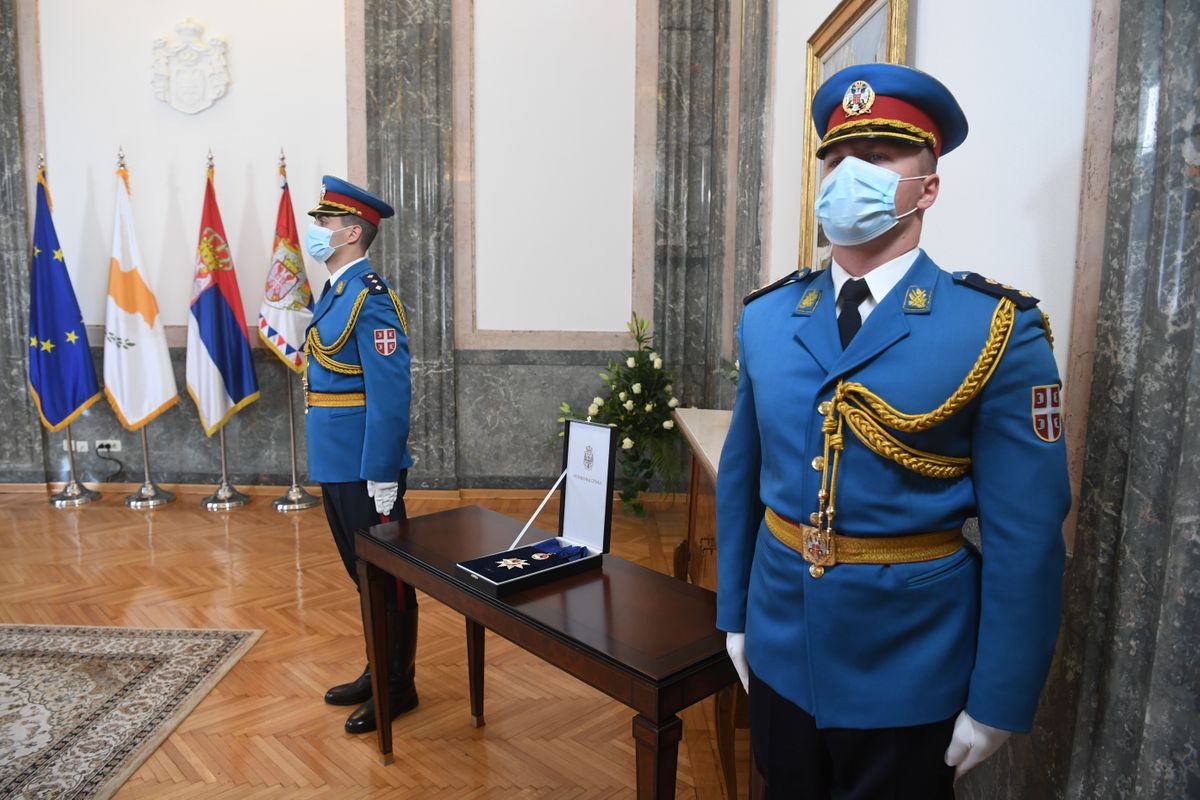